We took a nice walk through downtown Fayetteville while my parents were in town. Unfortunately, we did it on a Sunday when most things were closed. It was a beautiful day though and the walk was thoroughly enjoyed! 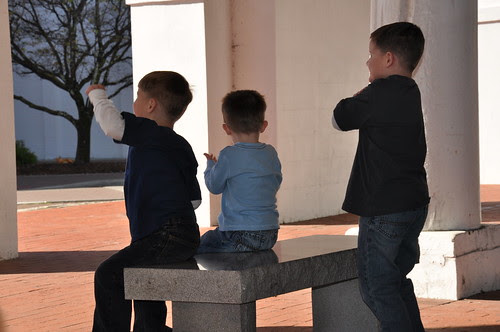 The kids had fun playing on the benches in the Market House. It is built on the site of the original State House which burned in the fire of 1831. It was in the State House that North Carolina ratified the Constitution of the United States in 1789. 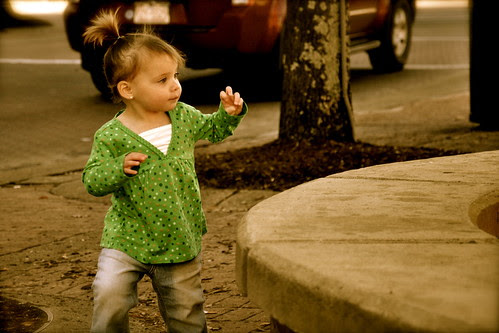 We continued down Hay Street to the fountain that sits at the entrance of downtown. The kids all made a wish a threw a penny in and then had fun running in circles around the fountain.
Posted by Jennifer at 3:26 PM