the aquarium and wrightsville beach

This morning we headed to the coast for a weekend getaway before Jacob deploys. Our first stop of the day was the North Carolina Aquarium at Fort Fisher. 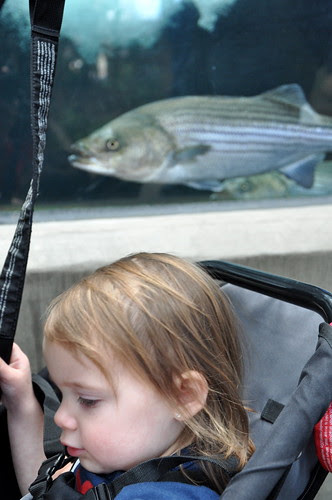 Lexie, there's a big fish behind you!! 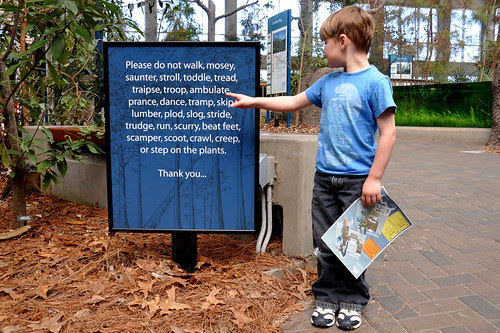 A sign just for Nick.
It's a small aquarium that focuses on the marine life in the Cape Fear River and off of the coast of North Carolina. 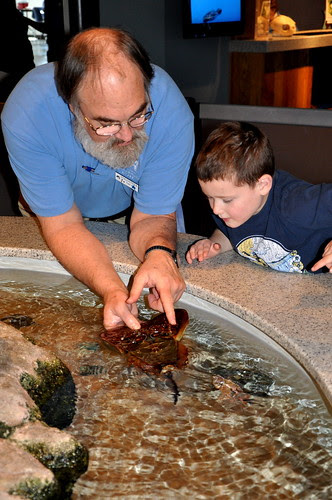 Christopher learned all about horseshoe crabs. He was okay touching the shell but didn't want anything to do with touching the legs! 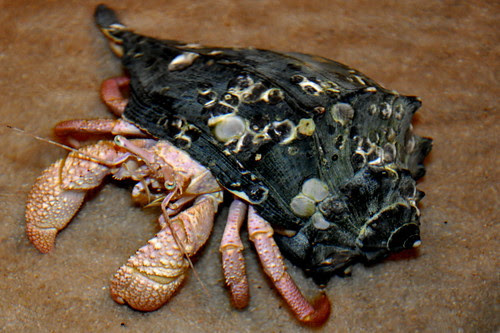 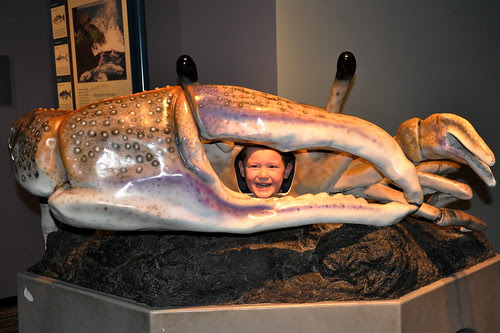 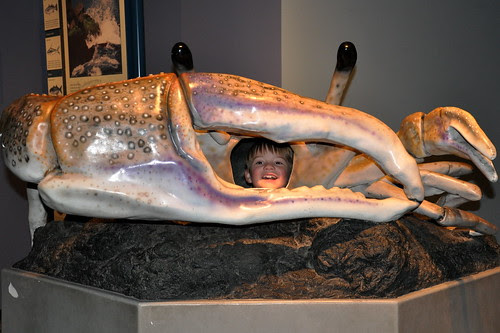 When Nick got in he growled really loudly and scared a little girl that was walking by. 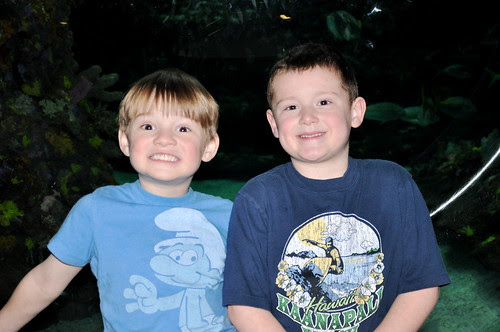 Christopher and Nicholas
We were surprised to learn that over 50 species of sharks call the North Carolina coast home including tiger sharks and hammerheads. 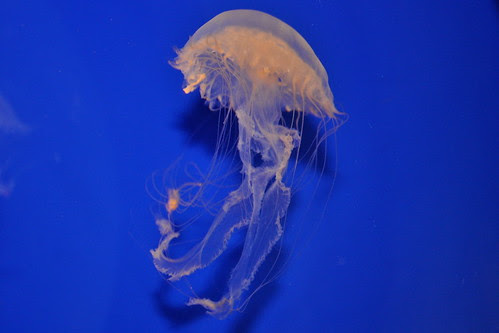 Lexie with "Al"ligator. She saw the albino version of the alligator she already has and HAD to have it. Good thing her Daddy's a pushover.
We walked along the boardwalk outside of the aquarium and enjoyed the views. There was a great bird habitat and marshlands with turtles and fish. 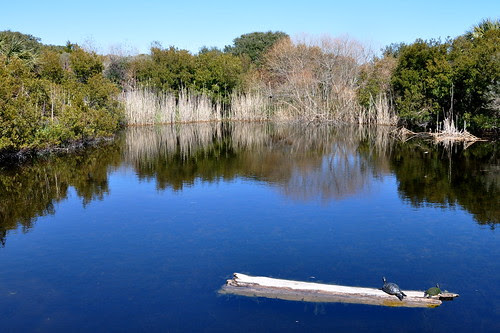 Turtles relaxing in the afternoon. 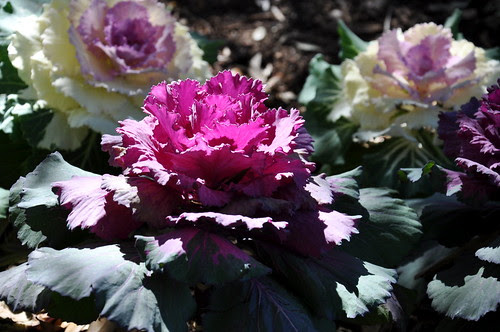 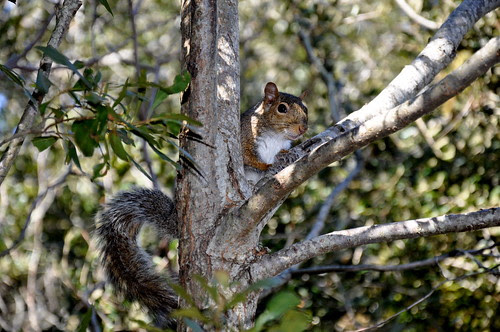 The grey squirrel- the state mammal of North Carolina. 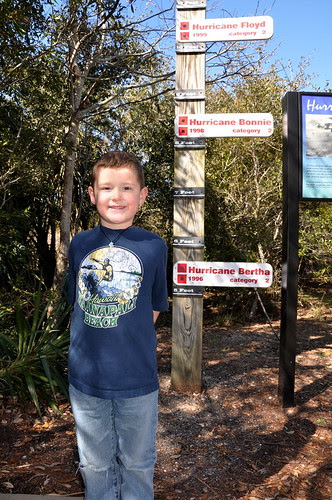 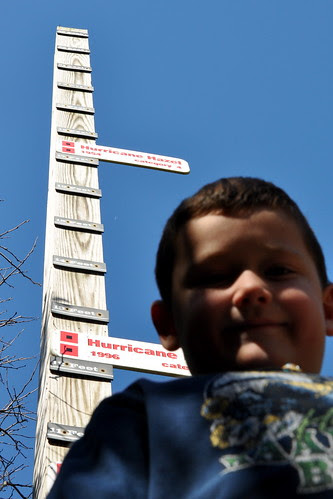 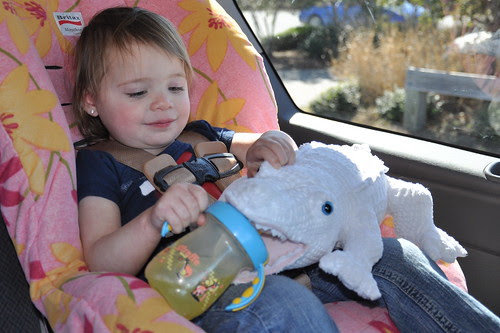 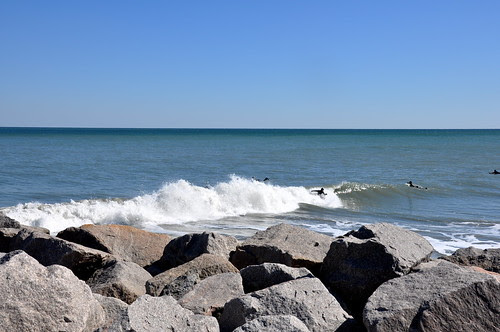 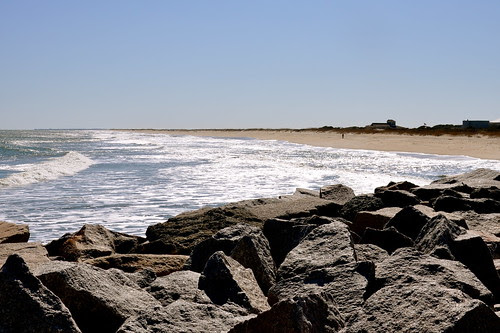 The beach at FFRA. 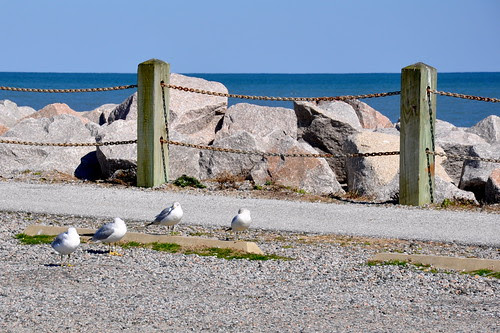 The kids thought these were weird looking birds- I guess we don't make it to the beach often enough!
We continued our drive up the coast through Kure and Carolina Beach and into Wrightsville Beach. We checked out the shops and walked in the sand (it was too cold to play in the water) before heading to dinner. 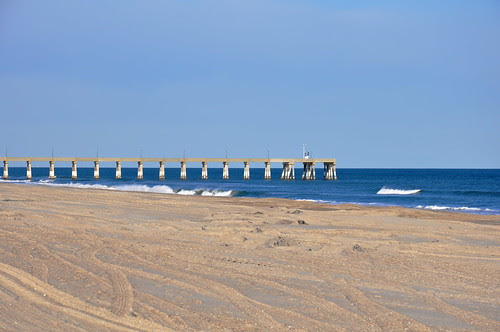 The pier at Wrightsville Beach 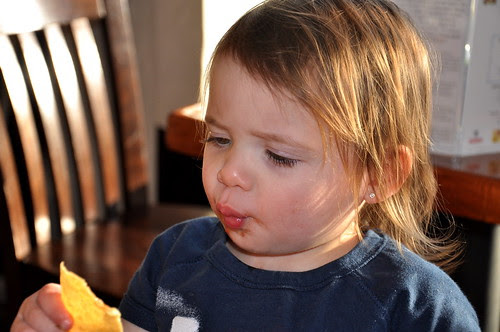 Lexie inhaling the salsa at Tower Seven.
Posted by Jennifer at 8:52 PM