Luckily our kids don't take after me and so they slept until 8am on Christmas morning (unlike 2am which is when I used to get up).  Some people (Lexie) had to be woken up, while others (the boys) were excited and ready to go!  The kids all hurried downstairs and were excited to see what Santa brought! 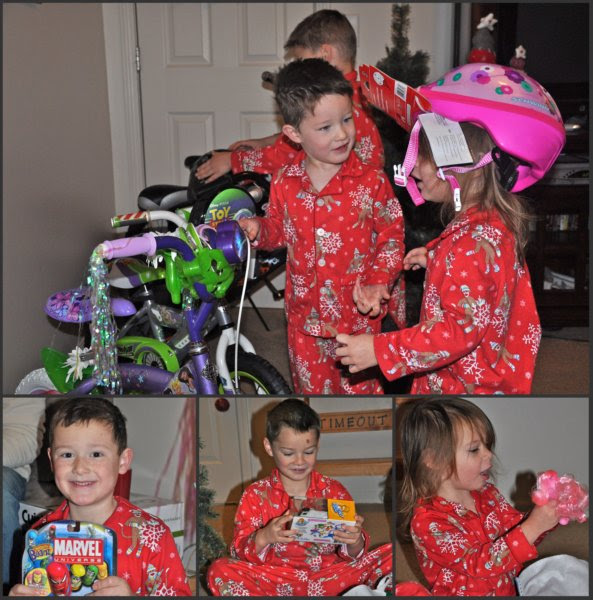 Santa brought a new bike and helmet for each of the kids and they were all shocked and excited!  After trying on the helmets it was time to check out the stockings.  Christopher was elated that his had Mighty Beans and new underwear.  Nick proclaimed that the candy coal in his stocking was "just what I always wanted!!".  Ben ignored everything in his stocking besides the chocolate.  And Lexie took her time playing and enjoying each and every item in her stocking! 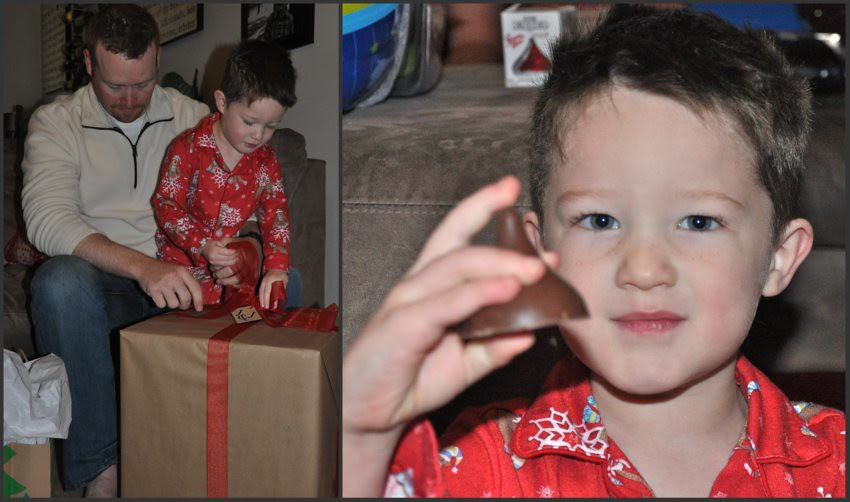 Santa brought a surprise for Mommy and Daddy this year too- the Cuisinart Single Serve Brewing System.  It is absolutely amazing and I'm seriously already addicted.  Santa did good this year!  And who knew elves could make coffee makers?!

After going through all of the Santa stuff we took a break for a delicious breakfast of coffee cake, juice, and coffee.  The kids ate quick so that we could get back to opening presents! 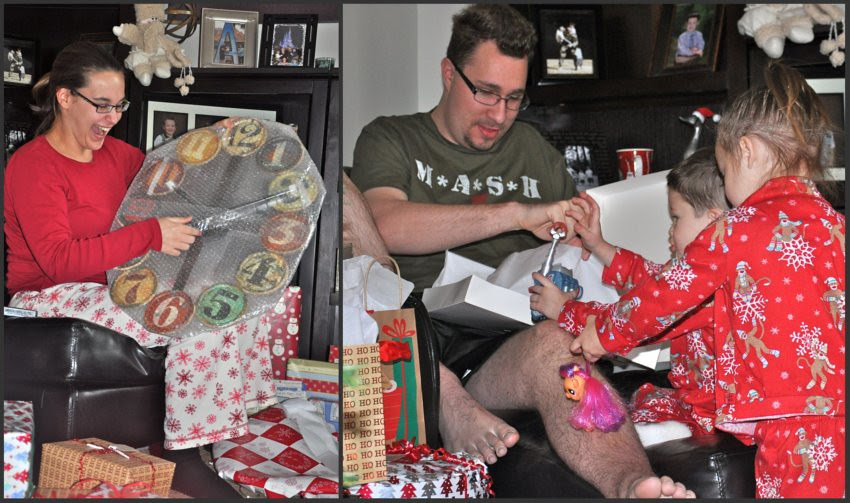 Auntie Janne with her new clock (she collects them!) and Ben and Lexie "helping" Uncle Adam open hi presents.

Christopher and Nicholas both got DSi's this year.  Can you tell that they're excited?! 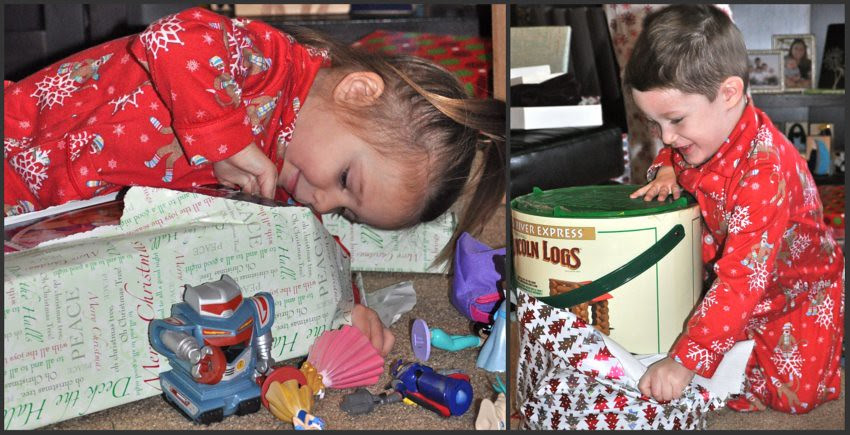 What can it be?  New toys!!!
It took us about three hours to make it through all the presents under the tree- we do them one at a time so it takes awhile!  Opening presents wore everyone out so we spent the rest of the day relaxing and playing with all the new toys. 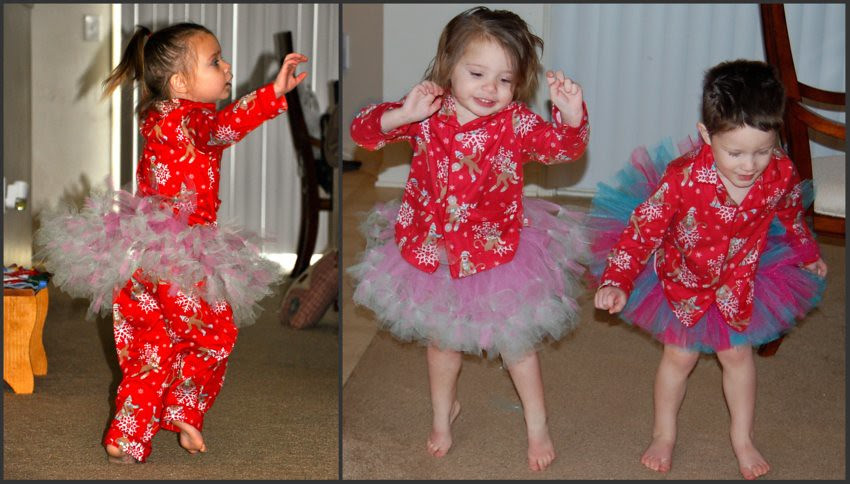 Lexie kept dancing down the hallway in her new tutu when it wasn't her turn to open presents.  And later on in the day, she and Ben put on the tutus to dance for everyone!
Posted by Jennifer at 5:46 PM