As a new Black Friday tradition we headed up to the mountains to get a Christmas tree.  One of the most surprising things to me when we moved to NC was the state's reputation as a Christmas tree producer.  In fact, North Carolina ranks second in the nation in terms of harvested Christmas trees-- most trees grown in NC are fraser fir (90+%) with over 50 million growing today.

We left after breakfast and made the two hour drive to Laurel Springs and the Lil' Grandfather Mountain Tree Farm.  On the way up we commented on the fact that every car driving down the mountain had a Christmas tree attached to the roof of their car-- must be a pretty popular Black Friday tradition!! 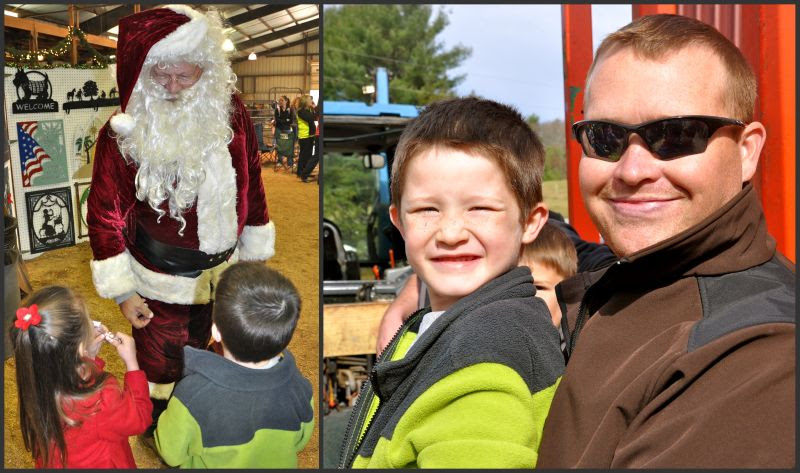 Santa was there to greet us when we arrived at the farm!!  After riding the ponies and a quick bathroom break we hopped on the hayride to go out to the trees. 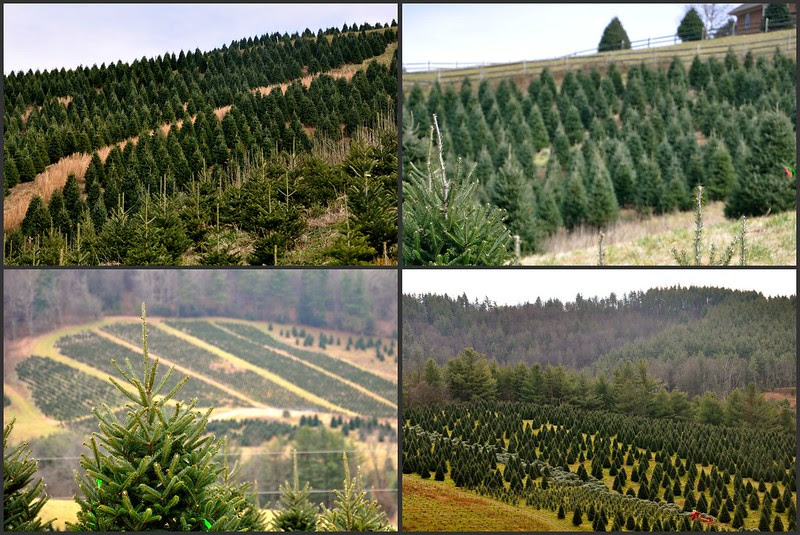 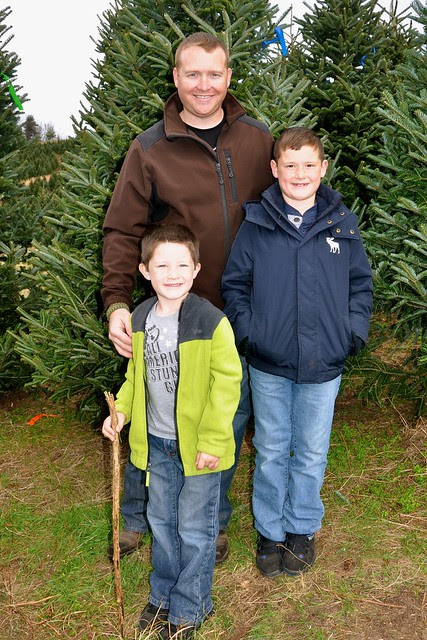 I took lots of pictures of the kids trying to get a good one for our Christmas card-- they were SOOOOO cooperative!! 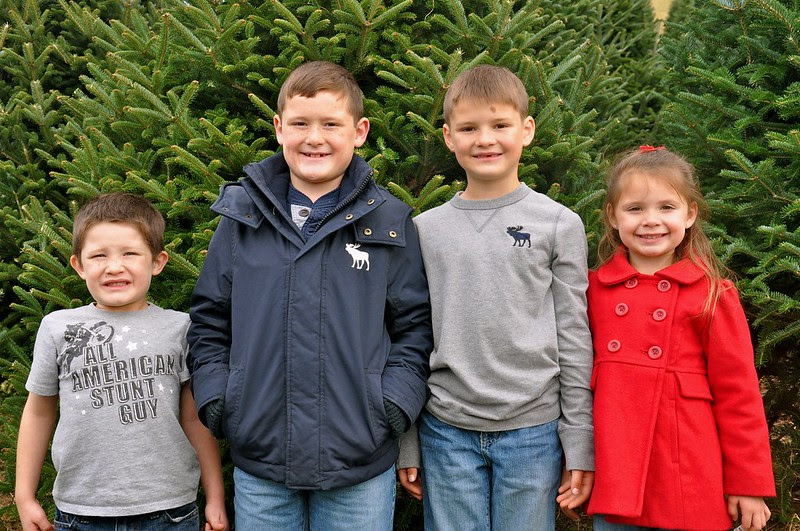 Finally we found the perfect tree and the kids cooperated for a picture.  The tree is a 9ft fraser fir and the picture was the best of the day!

A guy came over and cut our tree down and then pulled it to the edge so it could get picked up and taken back to the farm. 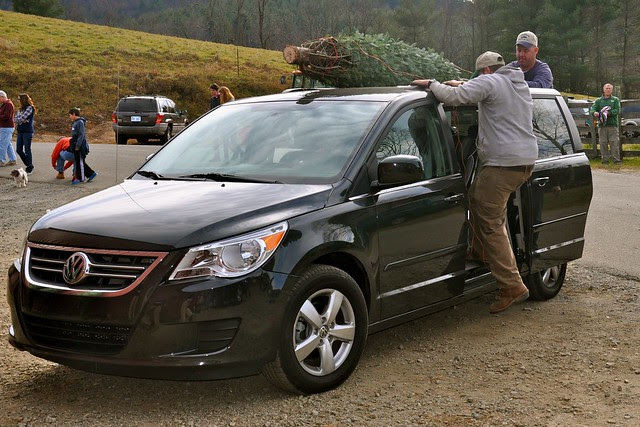 And then they loaded the tightly bound tree on the roof of the van and secured it for the drive down the mountain.

Since the tree was wrapped up so tightly, we brought it into the house in the stand and got it situated before cutting the rope and letting the branches fall.  What we didn't think about was the fact that the tree was nearly the same height as our ceiling which left us absolutely no maneuvering room.  While standing the tree up we dragged it along the ceiling and left a foot long mark.  And then in an effort to turn the tree, we lifted and slammed the top into the ceiling (forgetting that there was only an inch between the top and the ceiling) leaving a circle of sap.  Guess we need to paint the family room now! 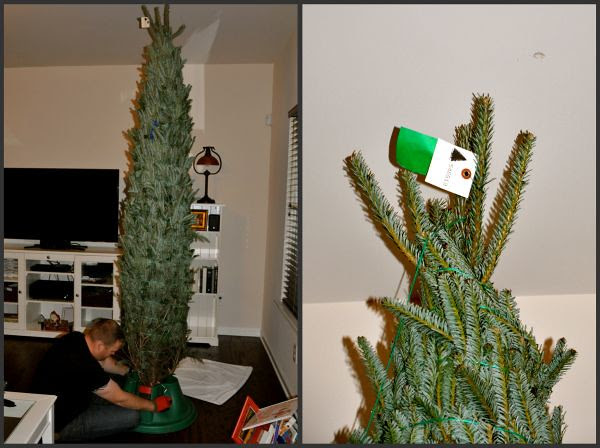 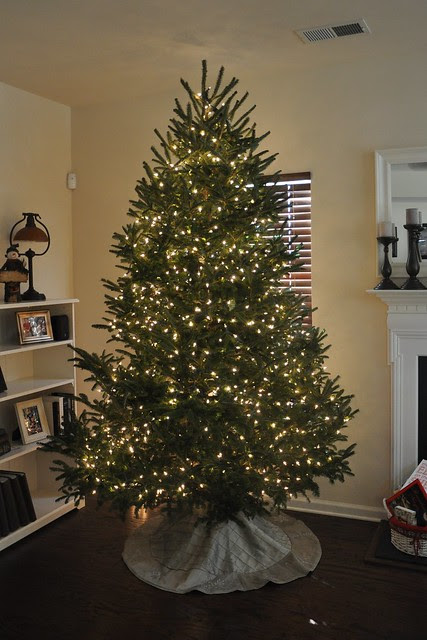