After saying goodbye to my parents and to Nick (who was spending the next couple weeks in Arizona with them), we headed east towards home.  We made a stop at the Petrified Forest/Painted Desert National Park on our way to Albuquerque for the night.

Lexie was a good sport and got out of the car with me at all of the overlooks even though it was super windy! 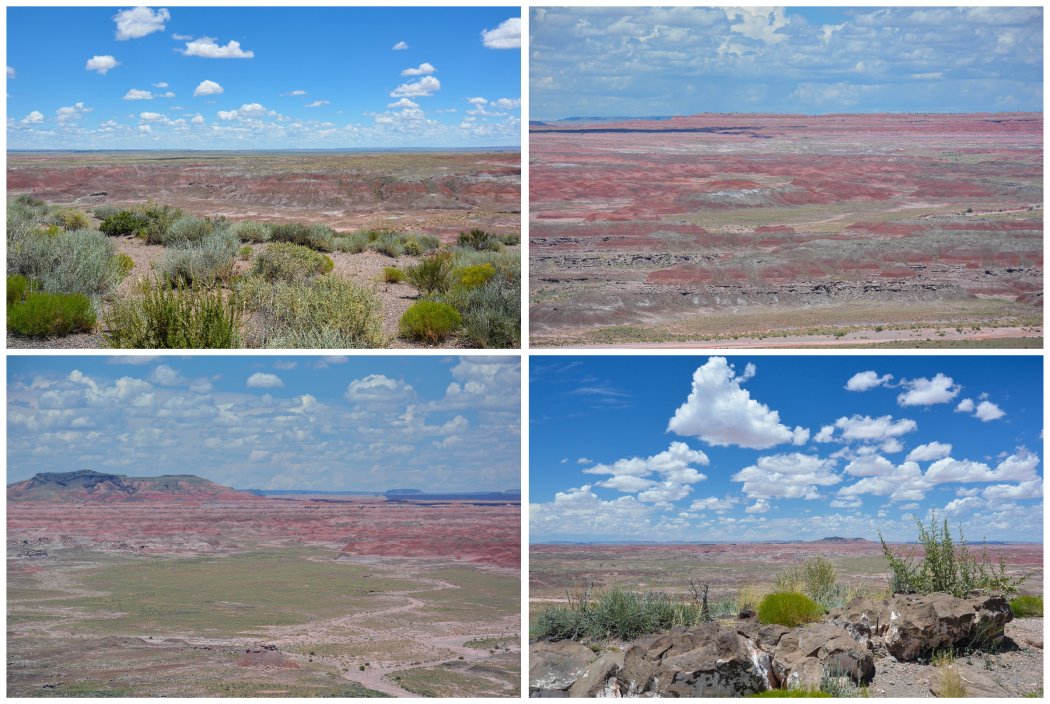 We got out of the car for a short walk through the desert and Ellie was enthralled with all of the plants.  Luckily there wasn't any cactus right by the trail or I'm sure she would have been petting it as well. 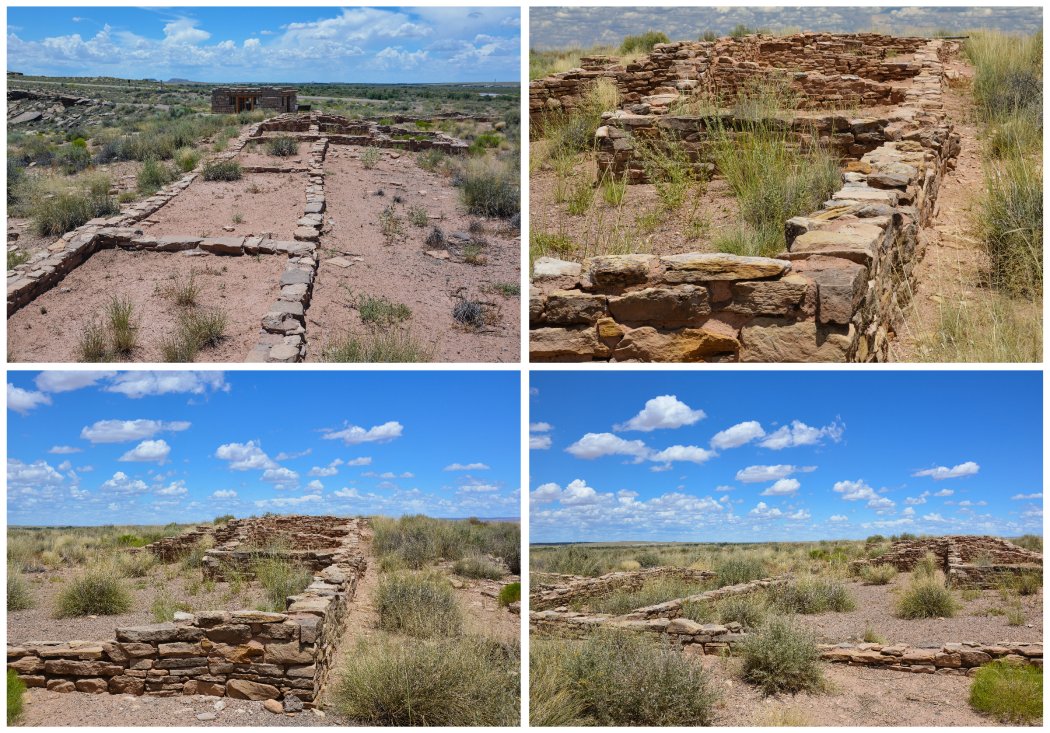 Puerco Pueblo was built in the 1200s and was a community of nearly 200 people at its peak. 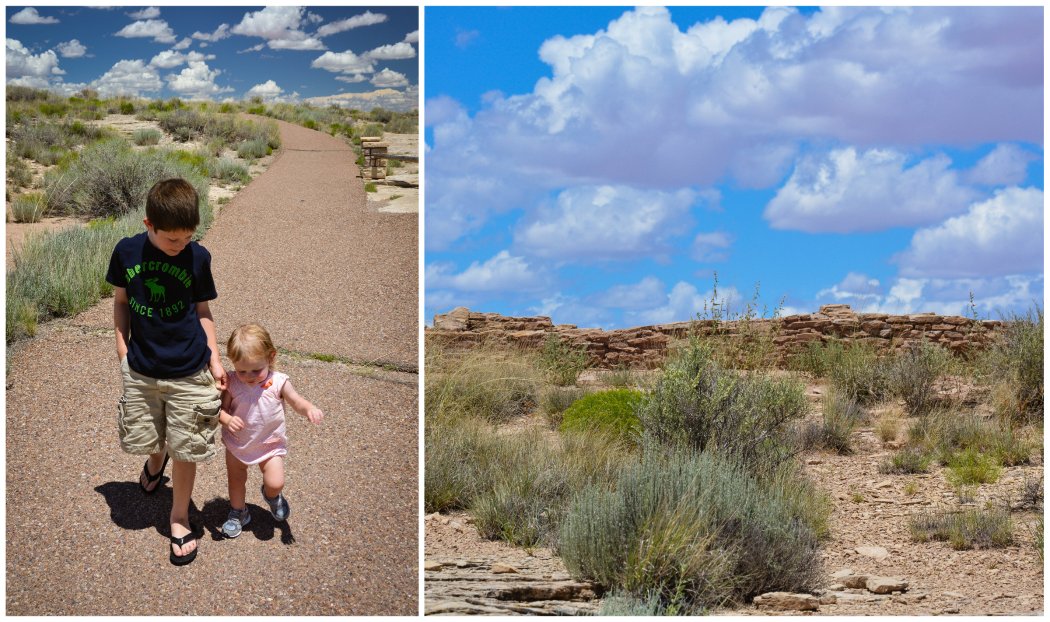 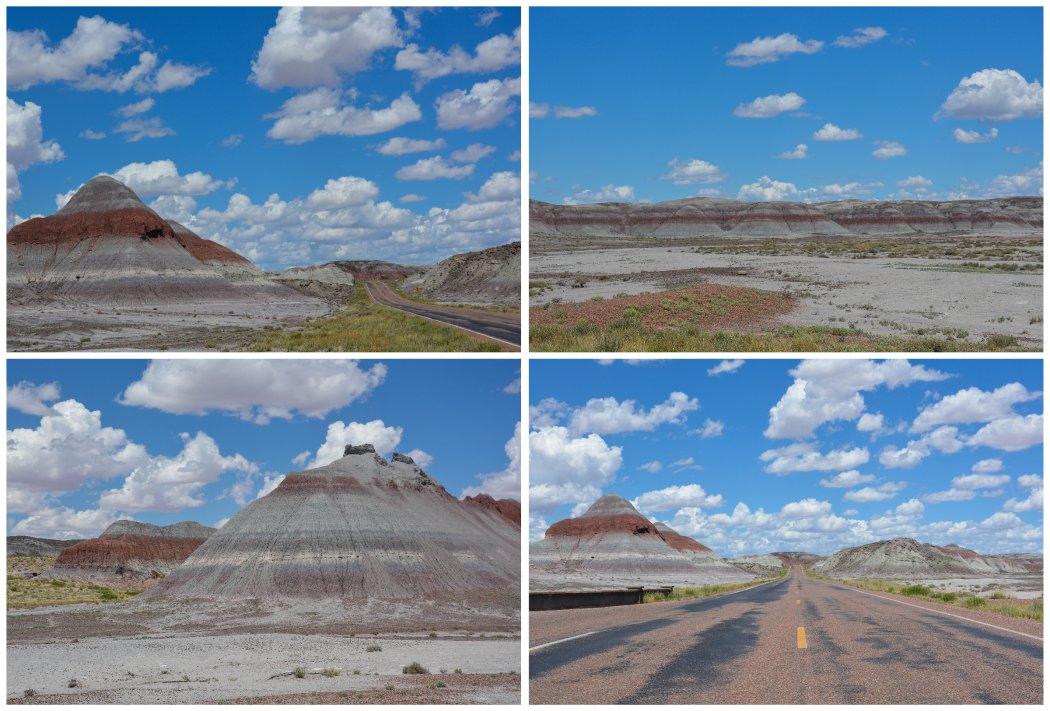 One of the most beautiful areas of the park is the "Tepees", which got their name from the striking resemblance of the hills to Indian dwellings.  The hills were created from the erosional pattern of the Blue Mesa Member of the Chinle Formation.  Sediments were deposited by a tropical river system that flowed here during the Late Triassic Period (over 225 million years ago).  The brown and yellow layers are sandstone from the river channel while the blue and red mudstone layers are from the floodplain, and the white layers are ash from volcanic eruptions millions of years ago. 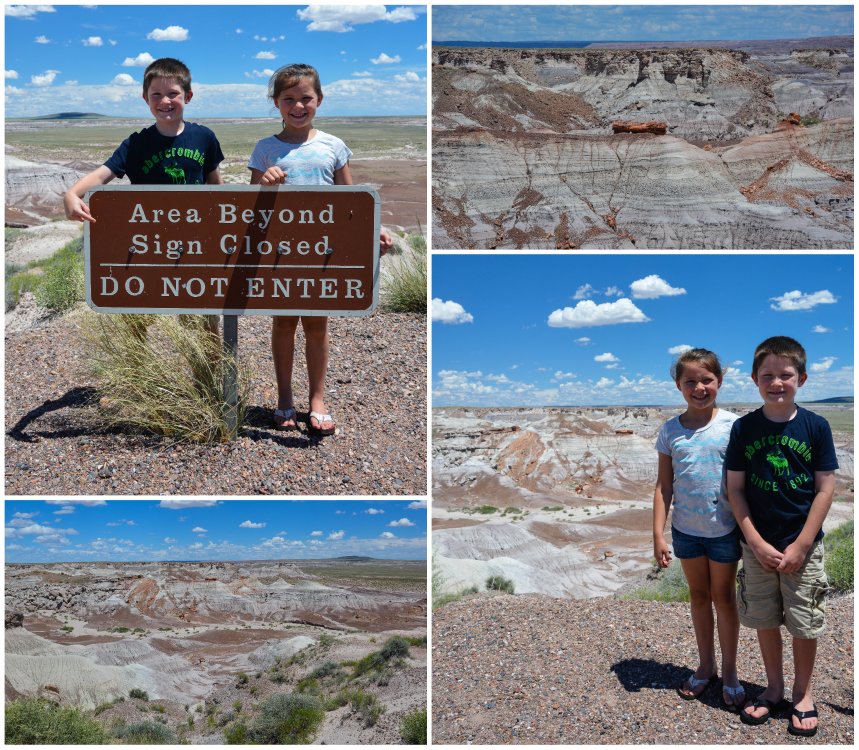 Petrified Forest National Park has one of the largest concentrations of petrified wood in the world.  At over 200 million years old, the logs were petrified by volcanic ash and minerals replaced the wood over time. 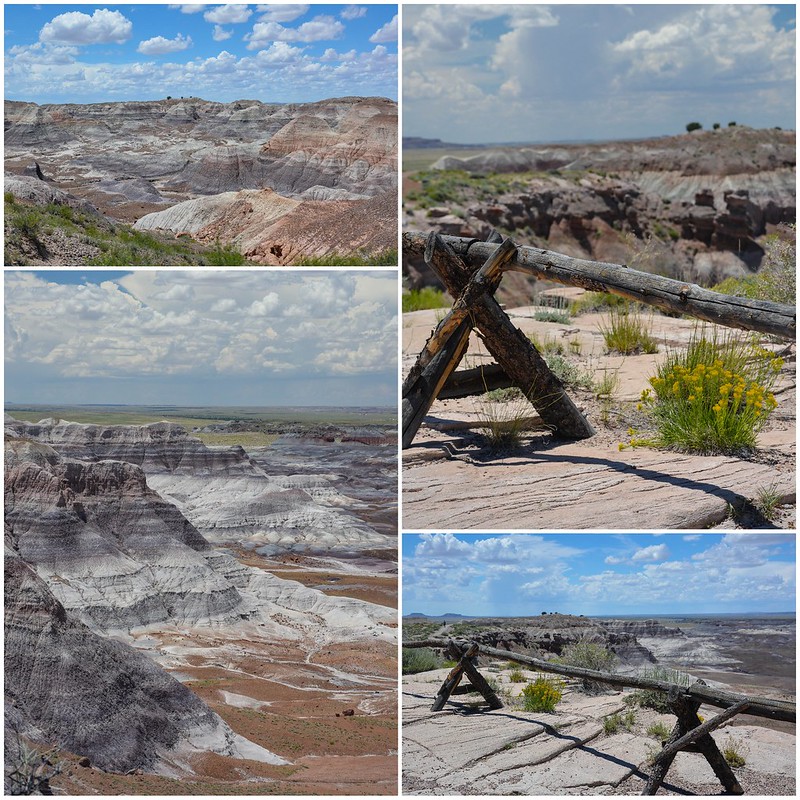 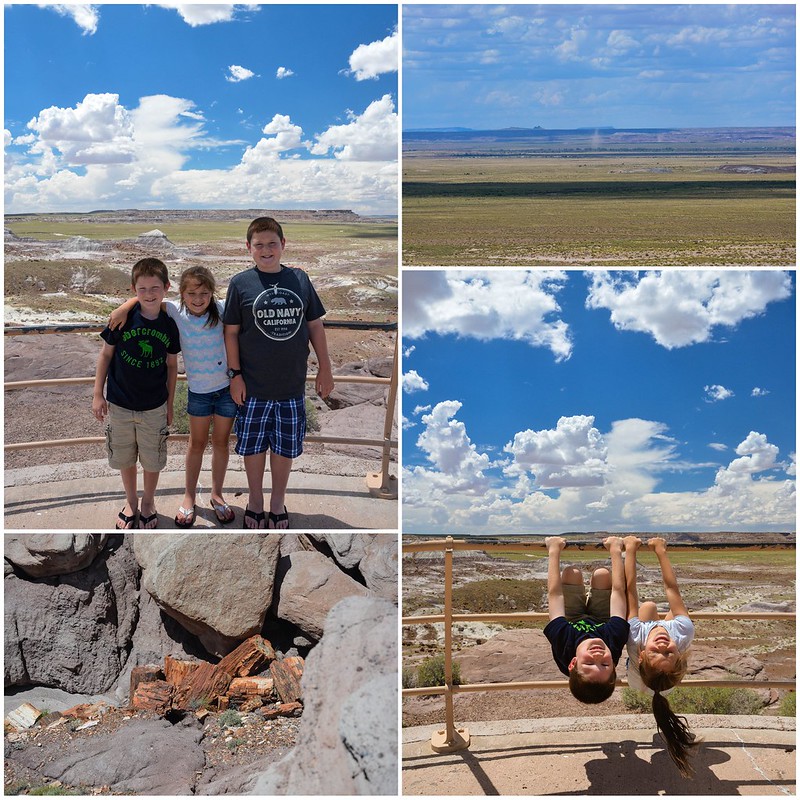 Dust devils (top right picture) are a common occurrence in the Petrified Forest.  It was amazing that the petrified wood still looked like actual wood even though it was millions of years old.  Ben and Lexie pretended to be bats since they are very common in the park.

The Petrified Forest is the only National Park that contains a section of Historic Route 66.  The telephone poles mark the path of the famous road traversing the American West.  Though it was officially decommissioned thirty years ago (1985) due to the emergence of interstates, Route 66 is still one of the most beloved historic roads in the world and people flock to the "Mother Road" every year.

The kids thought this 1932 Studebaker was pretty cool but could not imagine driving cross country in it-- especially without air conditioning!!

After spending a few hours at the Painted Desert and Petrified Forest, we were back in the car to finish the drive to Albuquerque where we had an eventful evening.  The restaurant we were planning to eat at had over an hour long wait which we couldn't do with hungry kiddos (but the food smelled oh so good!) so we went to Garduno's, our usual Albuquerque stop for New Mexican fare and had dinner.

Upon arriving at the hotel to check-in we learned that there was an issue with the a/c in our room but were assured that it would be quickly fixed.  We unloaded and headed upstairs only to find out that there was an air conditioner sitting in the second bedroom and the entire suite was WARM.  Unfortunately, the hotel was booked to capacity so we couldn't switch rooms (fortunately, the night was comped).  The kids were troopers and dealt with the chaos and heat (fans were brought in to cool the second bedroom off) and we left in the morning after a delicious breakfast of eggs and New Mexican green chile with a funny story to look back on.