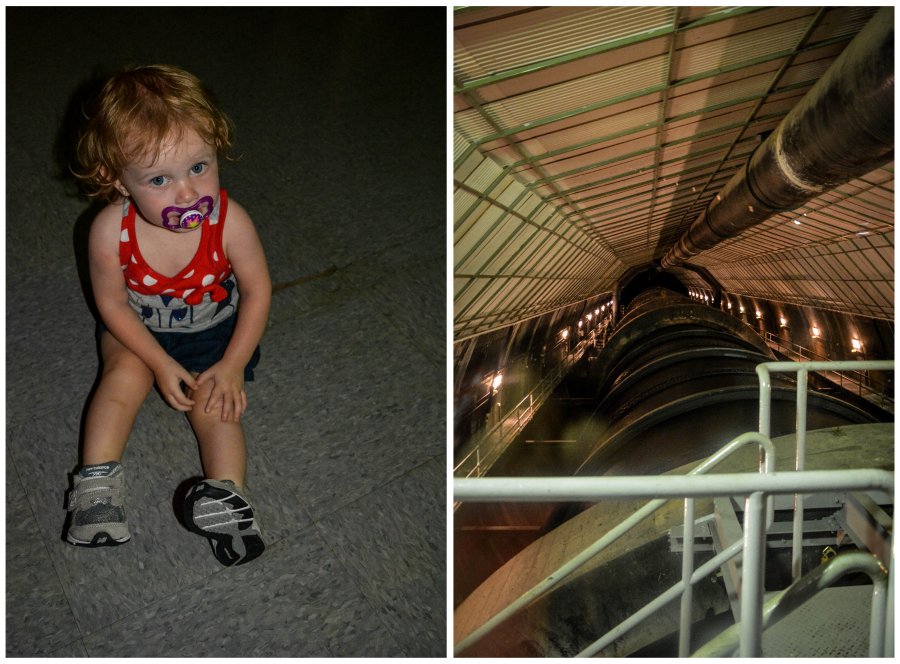 Ever since watching "America: The Story of Us" the kids have been asking to go to the Hoover Dam so I knew it had to be a stop on our road trip.  Kids under 8 aren't allowed on the dam tour and since I don't think we could have gotten away with passing Ellie off as an 8 year old, we did the power plant tour instead.

The big kids in the power plant checking out all of the turbines. 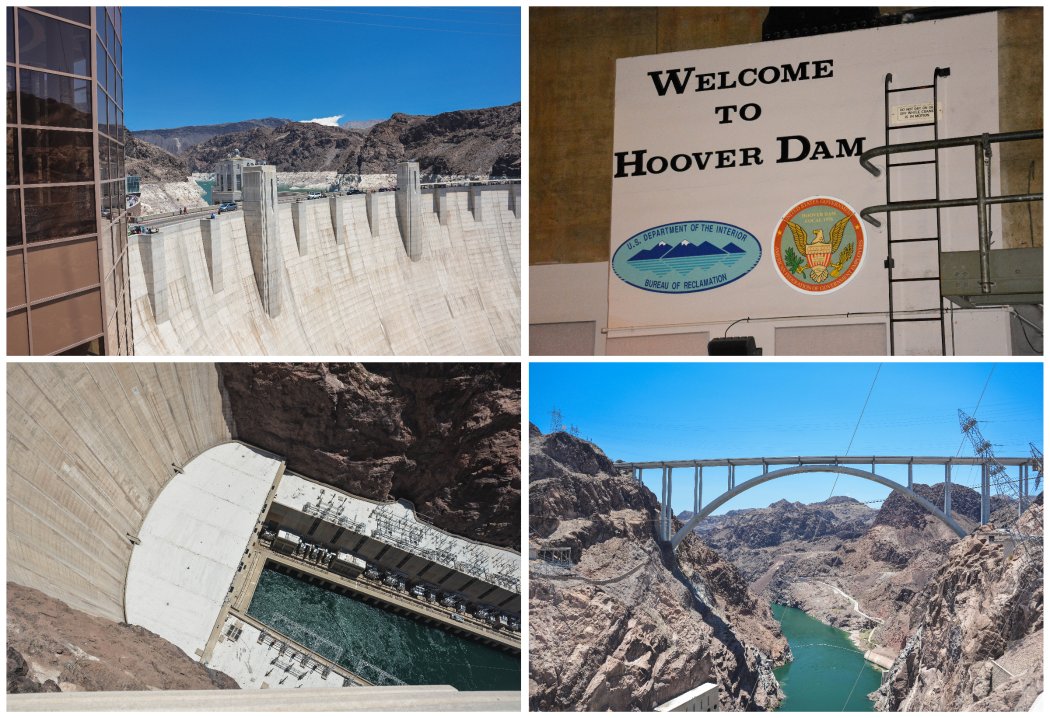 Built during the Great Depression, the Hoover Dam is a testament to what hard work and determination can do in America.  Coming in early and under budget, the dam was built by over 20,000 unemployed workers who flocked to the area looking for a job.  Over 100 died creating the massive dam (at the time it was the largest in the world) that stands 726 feet tall and at its base is wider than two football fields. 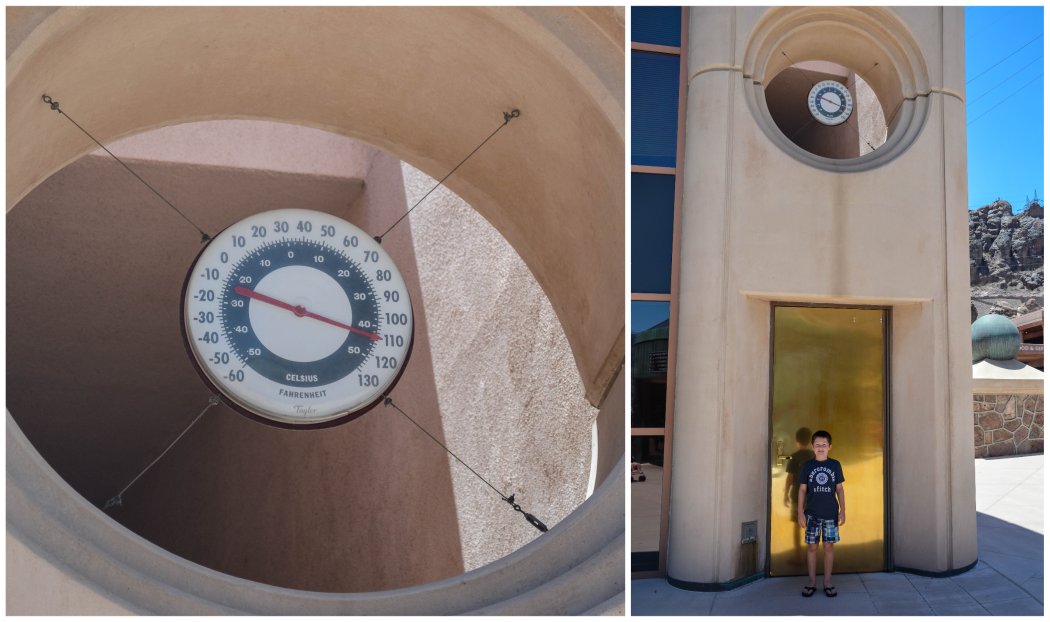 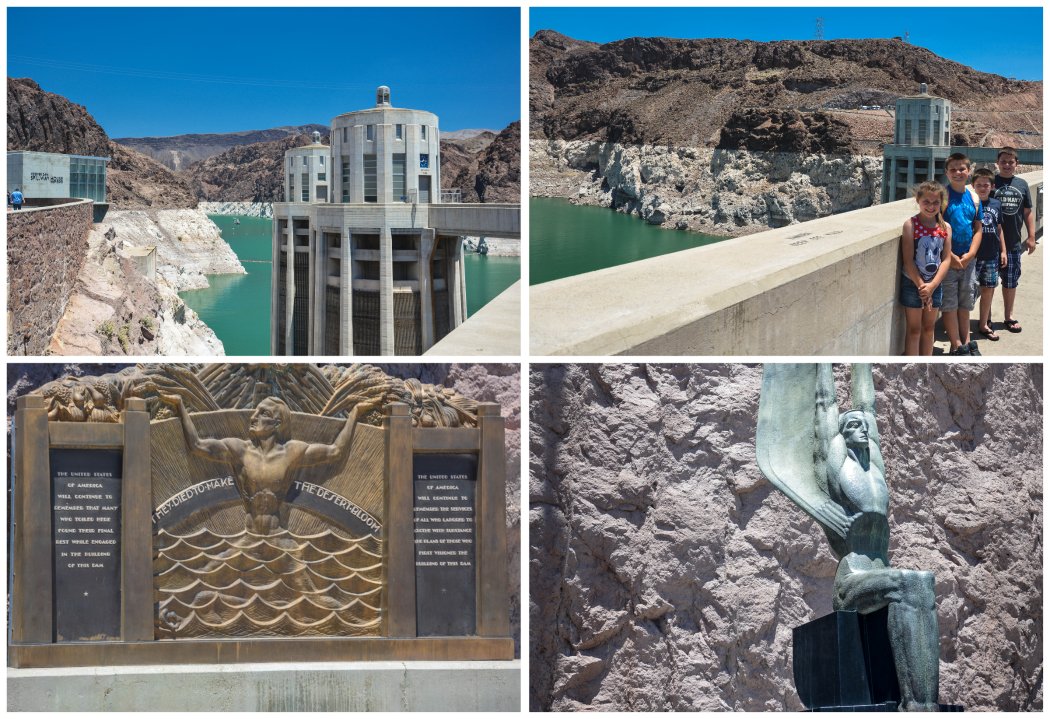 We walked across the dam from the Nevada side to the Arizona side before deciding it was wayyyy too hot out and heading back to the car. 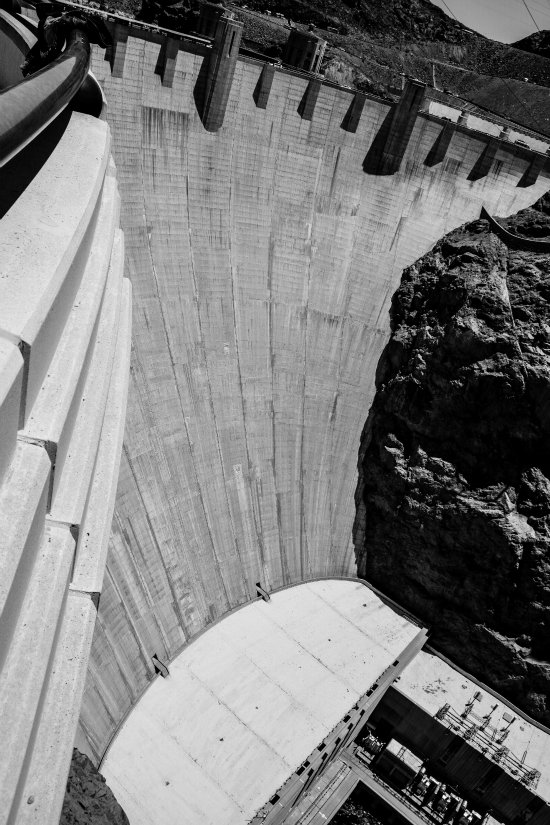 One of the Seven Wonders of the Industrial World