cleaning out the attic

While I was in Arizona, the kids and I had the pleasure of helping my parents clean out the attic.  My dad brought down EVERYTHING that had been put up there over the last 22 years.  Janne came over as well and we went to work sorting through everything.  The main goal was for Janne and I to take/donate/trash all of the toys/stuff that we were still storing in the attic.  We went through boxes of old Barbies, Little People, and other random junk for hours!! 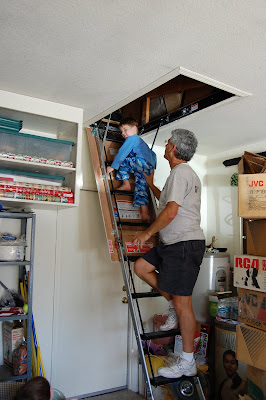 Nick helped Grandpa bring things down from the attic. 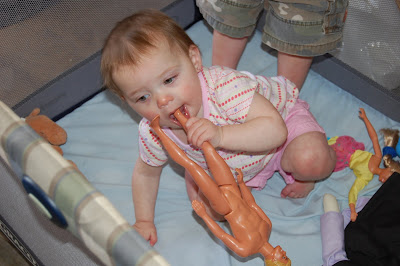 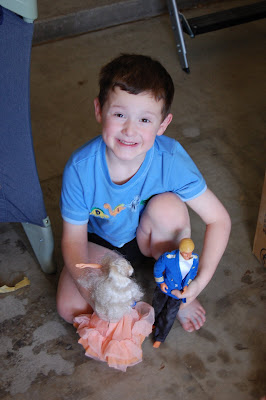 Christopher went through the Barbie box and found a few he "had" to have! 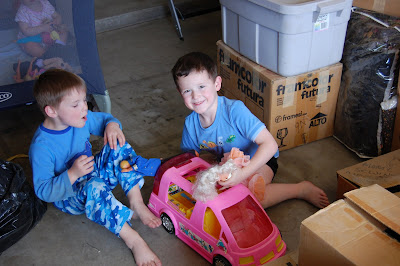 Then he and Nick found Barbie's van. 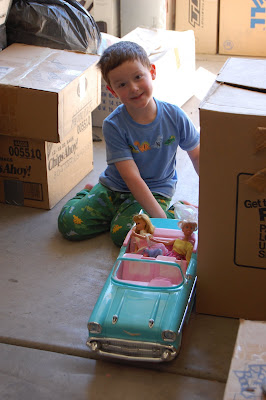 And Barbie's '57 Chevy!
The Barbie's were played with for a couple of hours while we went through the garage.  Eventually they were cast aside, although Christopher did want to bring the Barbie cars home.  I ended up with a couple of boxes to bring back to AZ, Janne left a few boxes to put back in the attic, and there were a TON of boxes to donate.
Posted by Jennifer at 12:27 AM