After nine and a half hours of driving we finally made it to Walt Disney World tonight. We had dinner reservations at Boma so we went straight to the Animal Kingdom Lodge for dinner. As soon as we walked up Nick said that he wanted to stay here forever. Disney goes all out for the holidays and each hotel has a HUGE Christmas tree in the lobby. 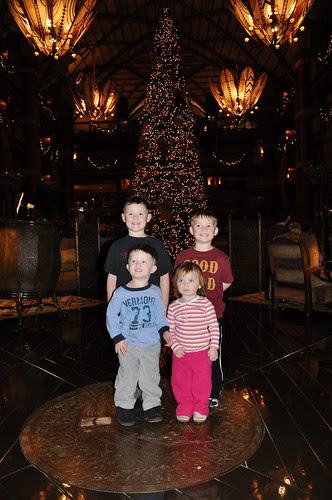 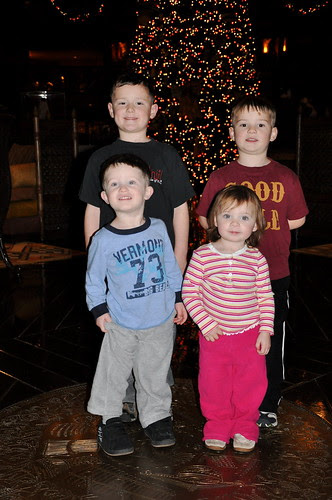 Posing for pictures while we wait for dinner. 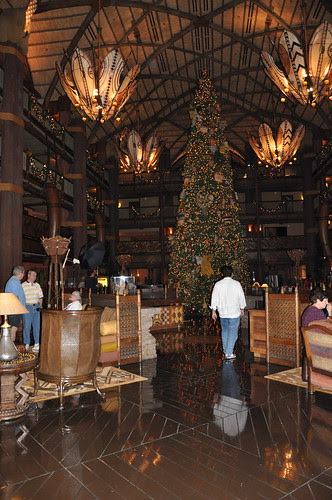 The lobby of the Animal Kingdom Lodge
Tonight we had dinner at Boma. It's designed after an African marketplace and serves dishes inspired by more than 50 African countries. The kids all really liked the buffet set-up because they could pick out exactly what they wanted to try! 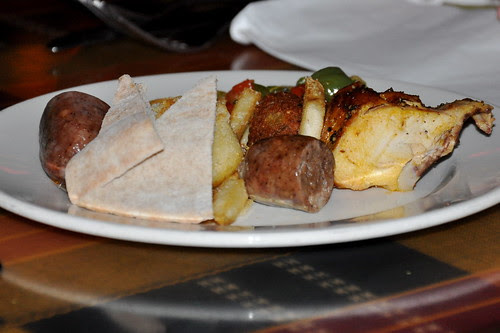 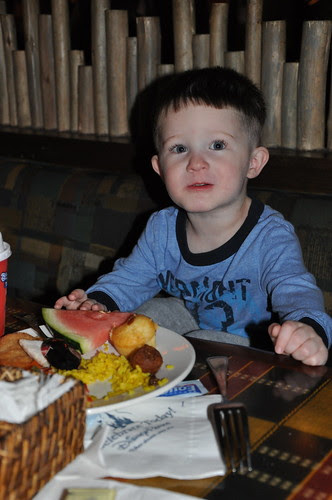 Ben's favorite was the watermelon. 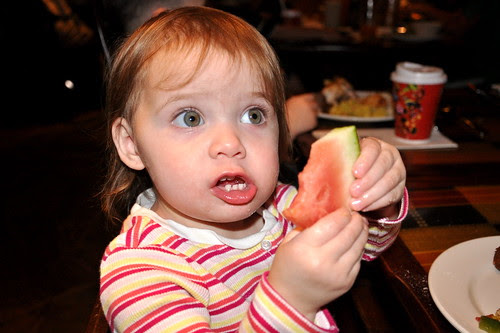 So was Lexie's! :) But she also ate her weight in hummus, falafel, and pistachio crusted salmon. 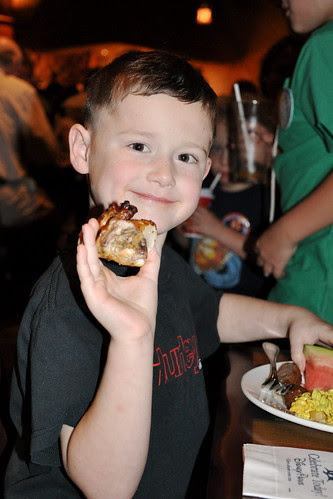 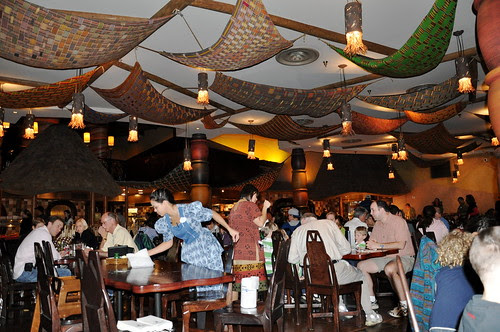 Boma on a busy Saturday night!
We forgot to take pictures of the desserts, but they were AMAZING!! Jacob said he wants to come back just for the zebra domes- a layer of sponge cake topped with chocolate and white chocolate mousse mixed with Amarula liquor underneath white chocolate ganache. The pineapple upside down cheesecakes were also a hit at our table!!
Once we finished up, we headed to our hotel to get checked in and settled. 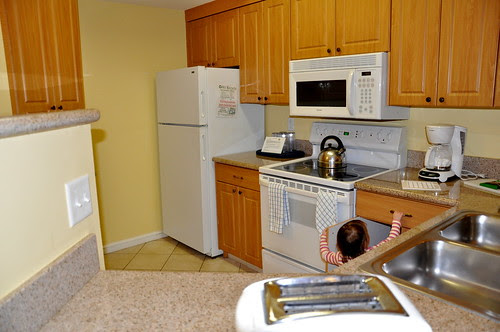 Lexie checking out the kitchen. 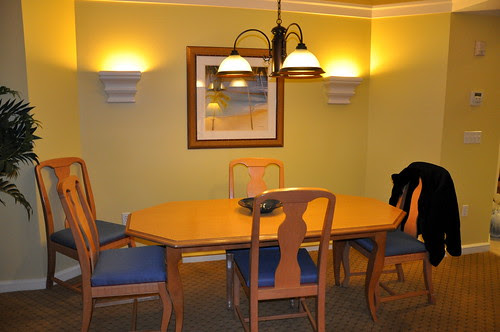 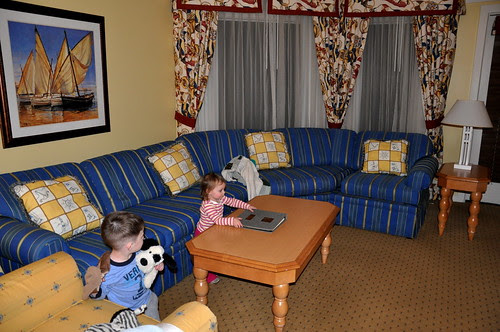 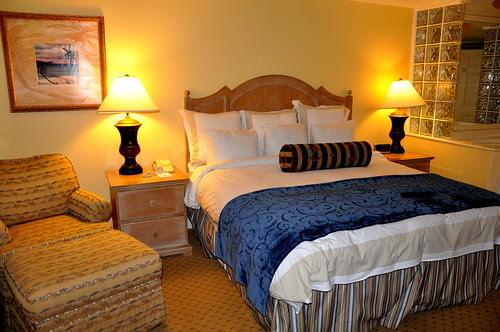 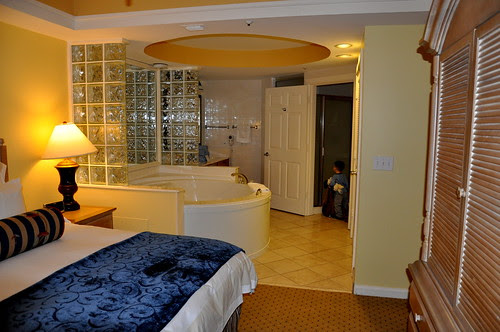 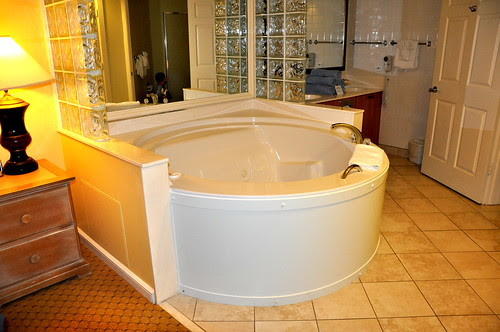 The bathtub in the master!! :) 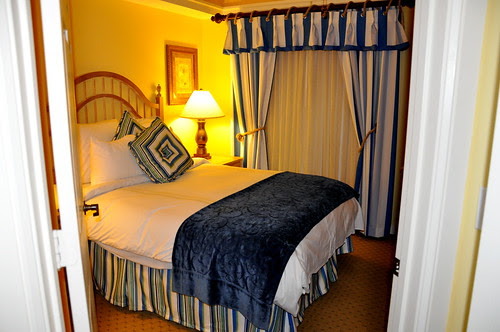 Bedroom number 2
We're all unpacked and settled in- the kids are all asleep with visions of Disney World dancing in their heads. We're headed to EPCOT tomorrow and we fully intend to be there for rope drop!!
Posted by Jennifer at 9:59 PM