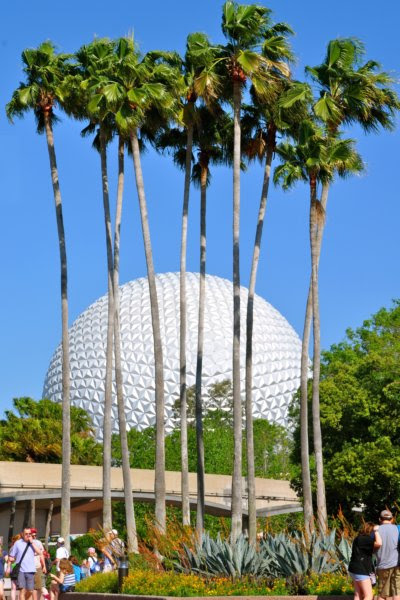 The first Disney park of our trip was EPCOT and we were there nice and early for the 9am opening.  We arrived about 8am so that we could activate our tickets and get in line for the "rope drop" ceremony.  After getting some coffee (a necessity for 3/8 of us!) we waited patiently in line.  Once we were able to go in Grandma, Grandpa, Christopher and Nicholas were off to Test Track while Jacob, Ben, Lexie, and I headed over to Soarin' to get fast passes for later in the day!

Ben and Lexie were VERY good sports even though they weren't tall enough to go on the first two rides of the day- Test Track and Mission Space.  They hung out in the stroller, had some snacks, and enjoyed people watching!
We were at EPCOT during the International Flower and Garden Festival this year so there were lots of amazing character topiaries and special exhibits to check out!

Bambi topiaries-- what's that on Bambi's nose??
After doing most of Future World it was time to head to World Showcase to learn about the culture and sample the cuisine of countries around the world.  We watched a CircleVision movie about Canada and had fish and chips in the United Kingdom.  And then we were off to France! 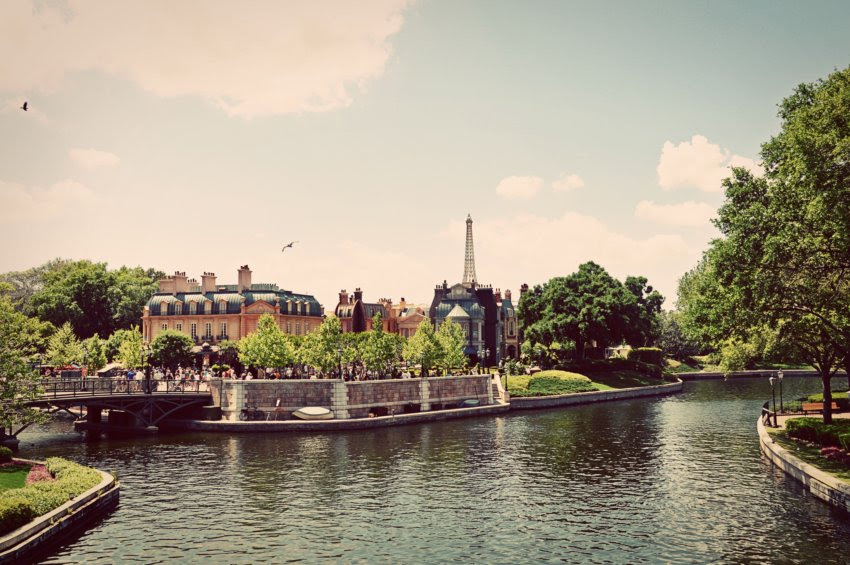 Crossing the bridge to France
Last time we were at Disney World, Lexie saw and fell in love with Marie from the Aristocats.  Even though she's never seen the movie, Marie is her absolute favorite character of any movie.  She got a stuffed Marie on our last trip that she called "Ree" at first and later changed the name to "Pretty".  She was soooo excited to see "Pretty" when we walked into France so we headed over to get pictures.  And then she freaked out.  She wanted nothing to do with meeting "Pretty" so I had to drag her up so we could get a picture.  The boys on the other hand, were very excited to meet her! 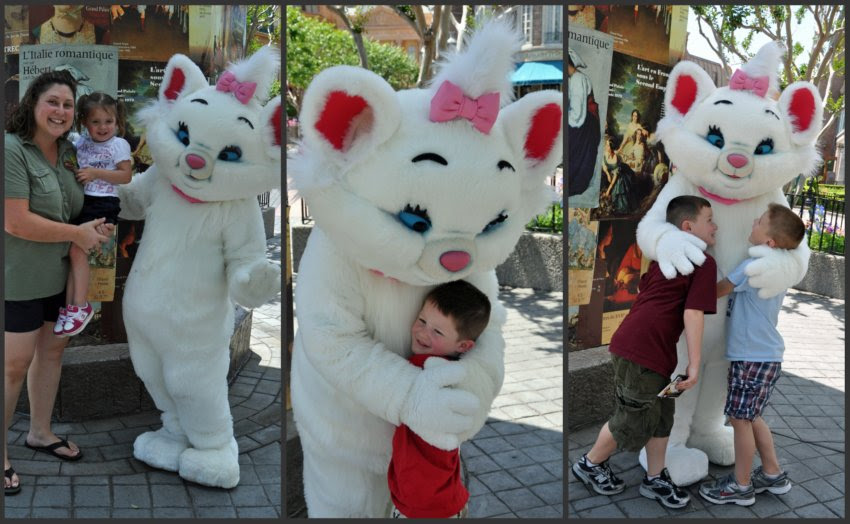 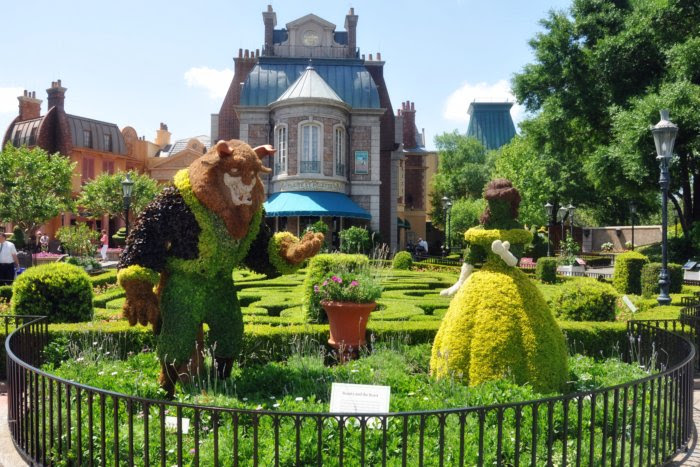 Beauty and the Beast
After our adventures with "Pretty" and exploring France we decided it was time for a snack.  Since France is known for their pastries, that's what we had!!  Between all of us we ended up with two Napoleons, an apple tart, a cream puff, a chocolate mousse, and an elephant ear.  All were delicious but the Napoleon was to. die. for.  It was quite possibly one of the most amazing things I've ever eaten!  And Jake was excited because they had Kronenbourg 1664- his favorite beer from our honeymoon in France! 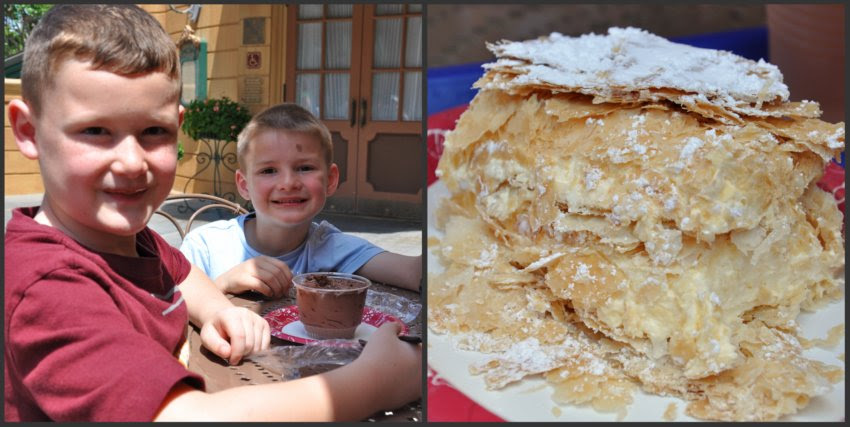 Christopher and Nicholas with their chocolate mousse.  The AMAZING Napoleon. 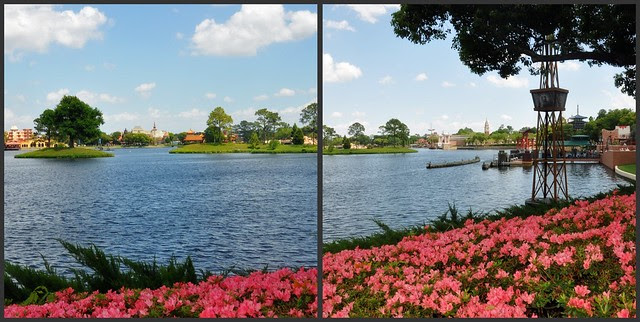 World Showcase Lagoon
After a bit more walking (like maybe two and a half minutes) it was time to try the crepes and slushes!  The kids (and adults) enjoyed the sugar crepes and the adults enjoyed the Grey Goose Limon slush and the Grand Marnier slush. 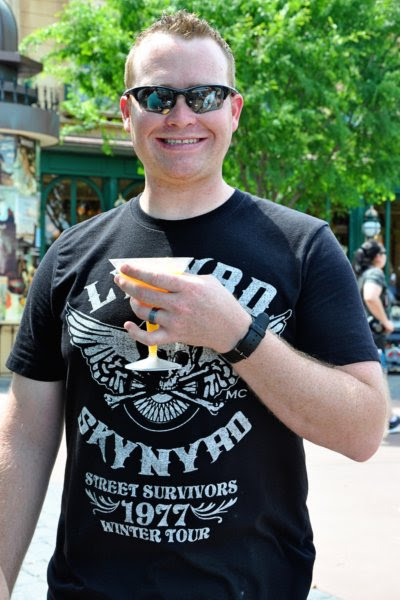 Jacob and his Grand Marnier slush

Snow White and the Seven Dwarfs 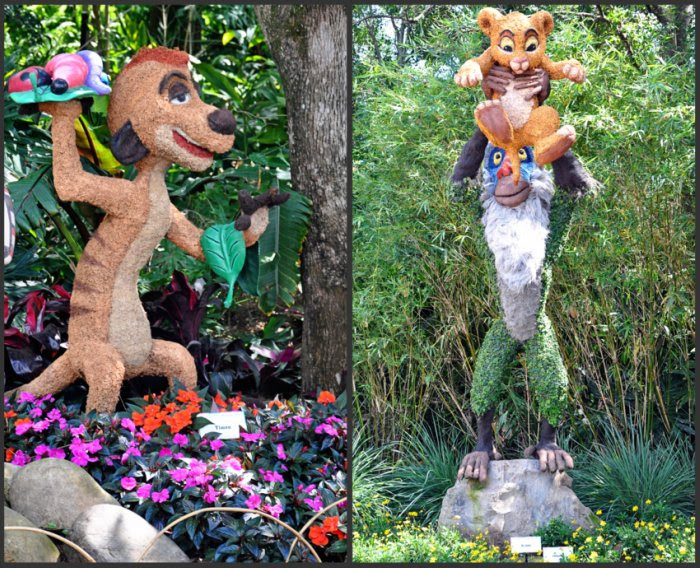 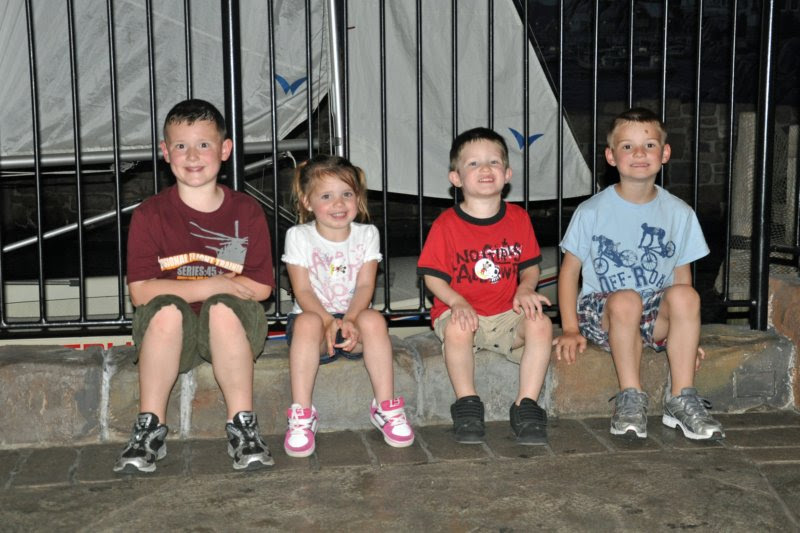 the Albaeck kids after Maelstrom in Norway 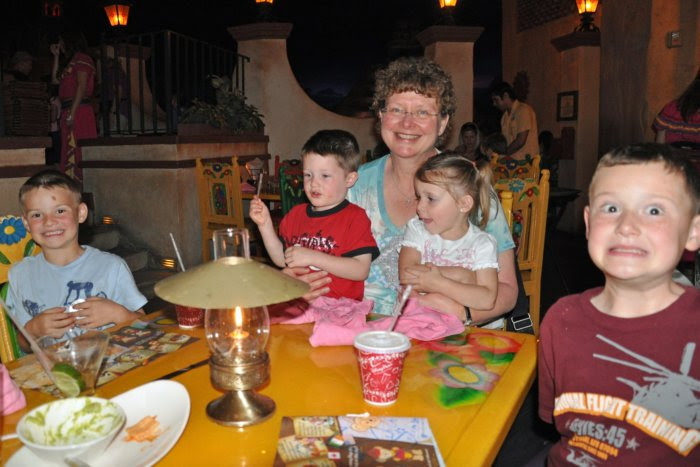 at San Angel Inn for dinner in Mexico
After a fantastic dinner, a not-so-stellar churro experience, and a quick ride on Test Track while Grandma and the stroller crew held our spots, it was time for Illuminations.  Thanks to Grandma we had great spots for viewing the ground and fireworks show!!  And all too soon it was time to say goodnight to EPCOT.
Posted by Jennifer at 8:09 PM