We took the kids on their first trip to SeaWorld on this trip!  Anheuser-Busch runs an amazing program called Hero Salute that gives free admission to any one SeaWorld or Busch Gardens park for the military member and up to three dependents once a year!  We were very excited to be able to take advantage of this opportunity on our trip to Florida.

checking out all the fishies
Our first ride of the day was Journey to Atlantis, a combination water ride and roller coaster.  Ben and Lexie weren't quite tall enough to go so Christopher and Nicholas got to go twice- once with Jacob and once with me!!  It was a nice cool way to start our day at SeaWorld! 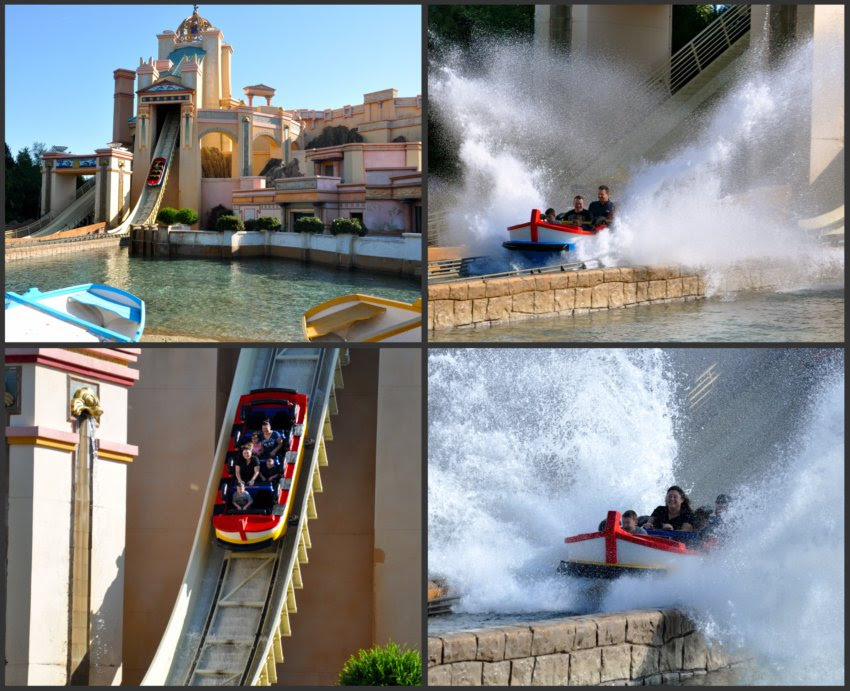 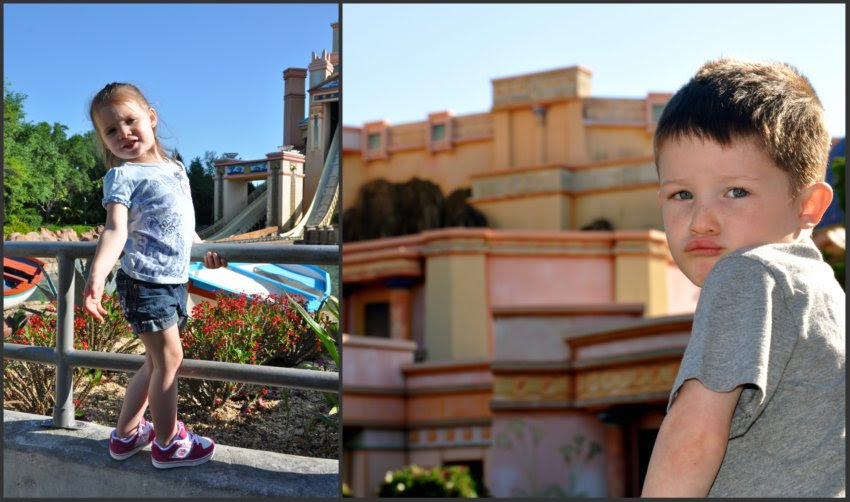 Lexie was ok with not riding but Ben was a little annoyed. 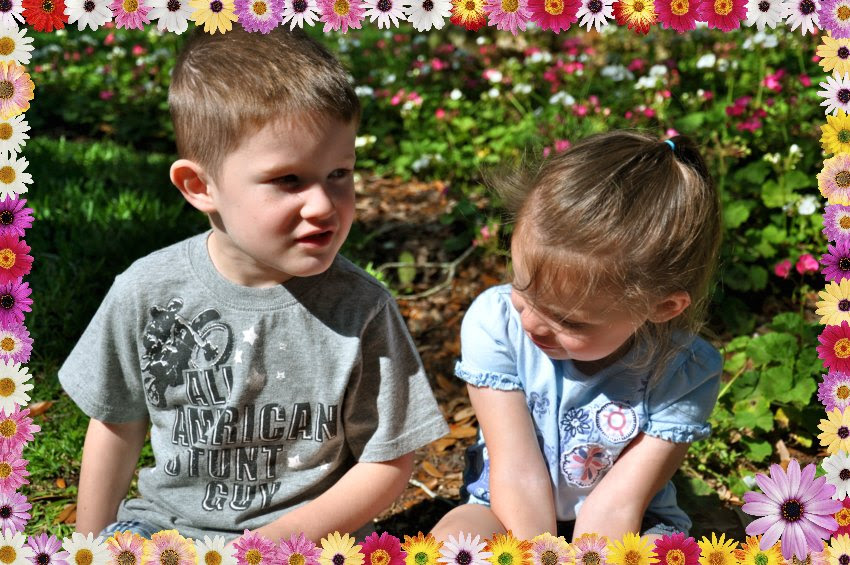 Ben and Lexie sitting out while Jacob took Chris and Nick on the Wild Arctic ride.
After starting our day with two rides that Ben and Lexie weren't tall enough for, we headed over to the kids area feeling confident that they'd be able to ride things there.  We went on a jellyfish ride that Lexie was VERY excited about and then headed over to Shamu Express- the roller coaster for kids.  We were shocked (and Lexie was hysterical) that she was about a half-inch too short to ride.
Jacob and the boys went for a ride while I consoled Lexie.  Luckily, she recovered quickly and had a smile on her face by the time they were done.  Benjamin was VERY excited that he went on his first "roller coaster".  He's still convinced that it went upside down (on a banked turn) but definitely wanted to do it again! 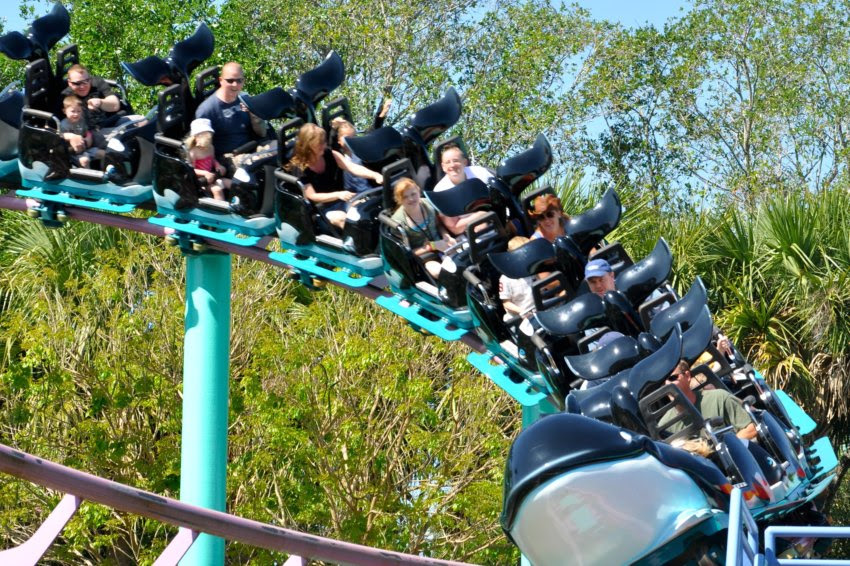 Everyone was tall enough for the carousel so that was our next stop!!
We had a bit of time to kill before our lunch reservations so we stopped to feed the sharks.  The big boys thought the shark food (shrimp) was cool but Ben and Lexie were grossed out.  It was amazing how quickly the sharks attacked the shrimp once it was in the water.

Feeding the sharks
Our lunch at Shark's Underwater Grill was terrific!!  Their food is prepared with a "Floribbean" influence so it was a wonderful combination of steak, seafood, and spice!!  And you definitely can't beat the view!!  The kids loved eating lunch while 9 foot sharks were swimming by. 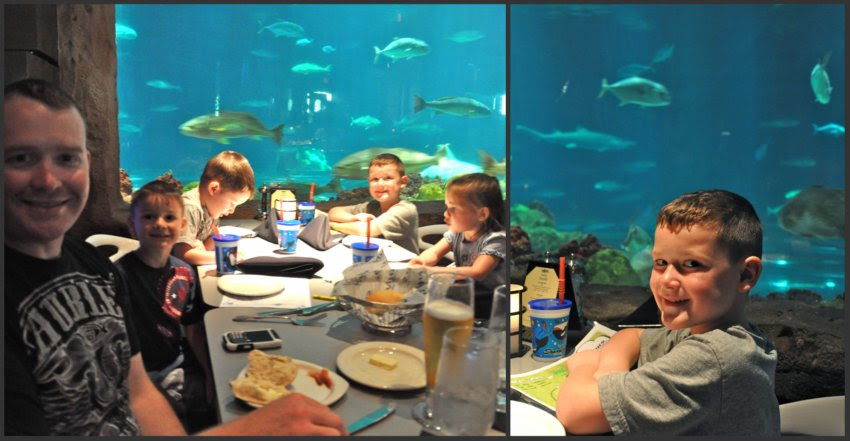 Lunch at Shark's Underwater Grill
After lunch we decided it was time to check out some shows.  The dolphin show was our first stop and everyone was excited!  We got there nice and early so we had great seats; and then we had some time to kill before the show-- which means it was time for pictures! 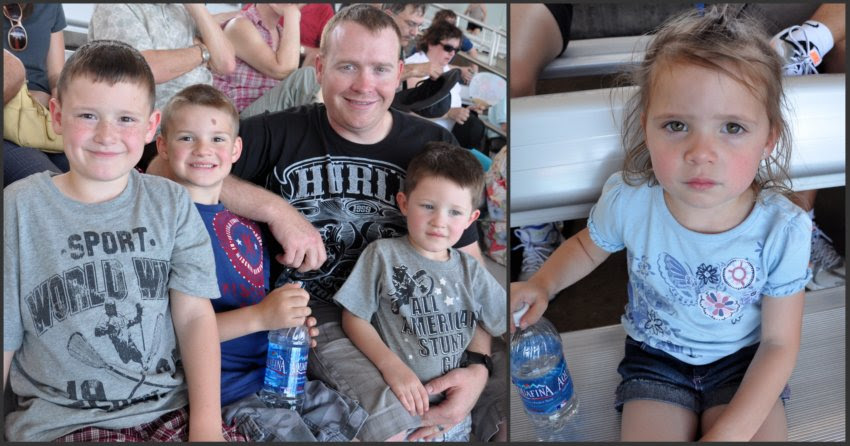 All the boys!  And Lexie (pouting) because she didn't fit in their picture. 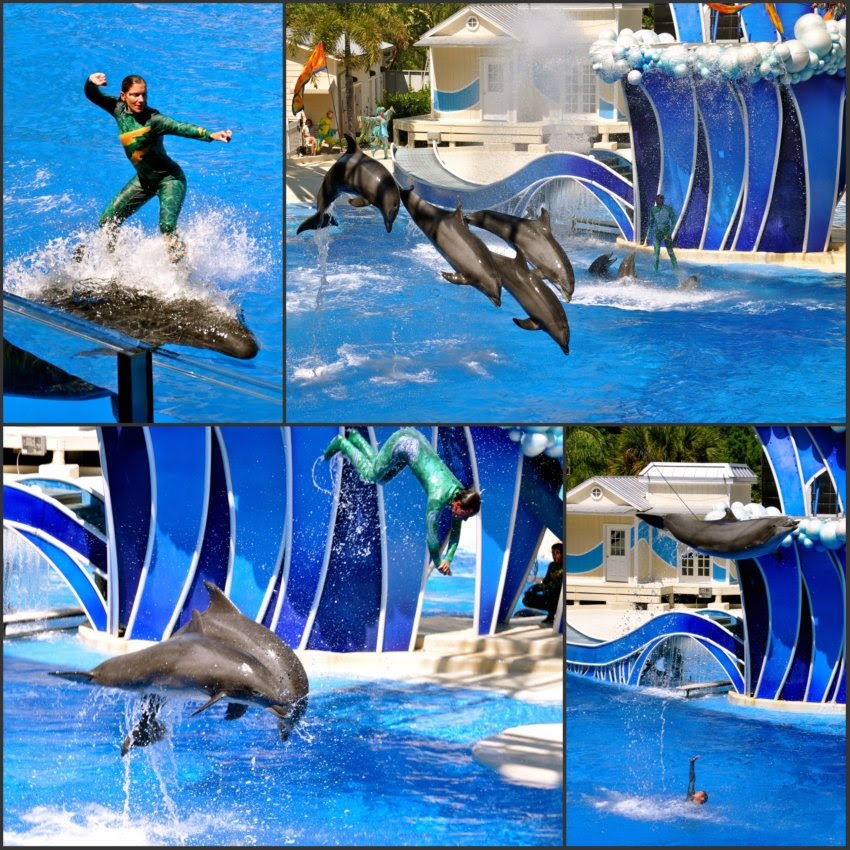 The dolphin show is always my favorite!
After the AMAZING dolphin show we got in line for the Shamu show.  We were nice and early again which meant we had great seats and again had some time to kill.  Ben was so worn out from the day (and the heat!) that he fell asleep on the bleachers and slept until the show started. 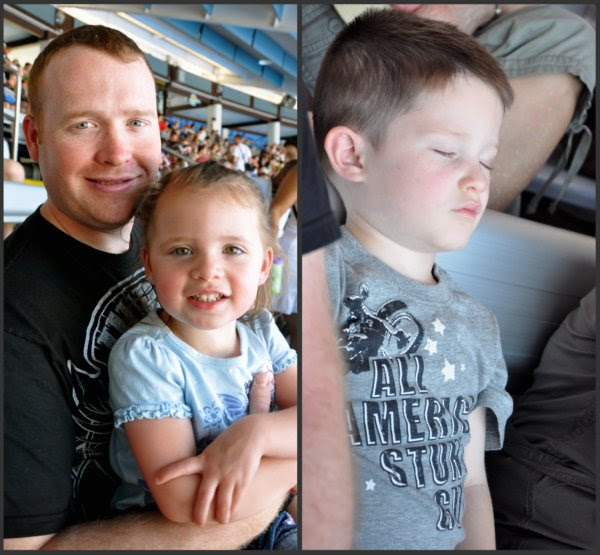 Taking a break!
The "Believe" Shamu show started with an amazing tribute to the US Armed Forces- they asked all of the current and former military members and their families to stand and be recognized for their service and sacrifice while the crowd erupted in cheers.  It was a truly emotional experience and one I definitely won't forget. 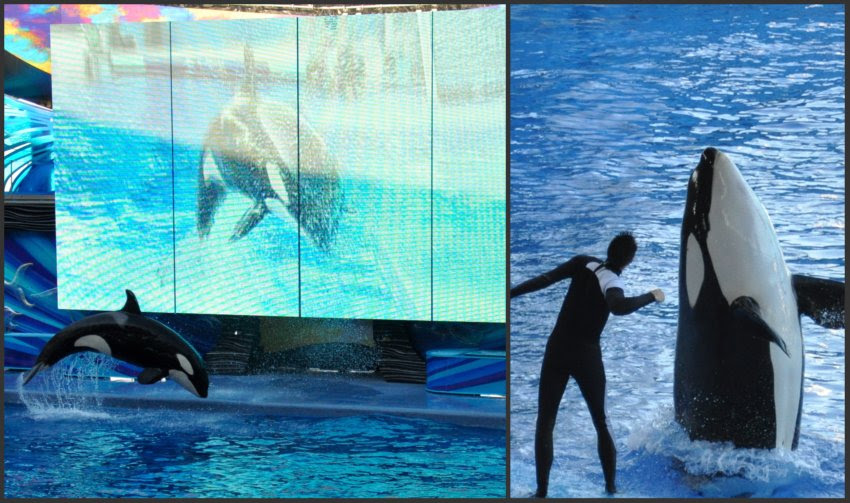 A mommy killer whale with her baby!
We ended our night at SeaWorld with the Clyde and Seamore "Tonight!" show.  It's a hilarious show where they make fun of all of the other shows (dolphin, Shamu, etc) done earlier in the day as well as some of the attractions.  Afterwards, we said our goodbyes to SeaWorld and headed back to the hotel for a good night's sleep.
Posted by Jennifer at 5:31 PM