Every year the city of Fayetteville puts on a concert and fireworks show a few days before the 4th of July so that they aren't competing with Fort Bragg's event.  We've never been so we were excited to check it out this year!

We brought a blanket to sit on and cash thinking we'd buy dinner from one of the vendors so we were VERY surprised when we walked into Festival Park and saw no vendors but lots of people carrying coolers.  We staked out a spot and then Christopher and I walked MILES (yeahhhh, it was probably only a mile and a half round trip-- but it was hot!!) to get dinner from Subway.  We lugged back 4 footlongs and 12 bottles of Powerade and water!!

When Christopher and I got back we spread out on our blanket and enjoyed our dinner.  The kids entertained the crowd by singing the Star Spangled Banner and other patriotic songs.  At around 8p the NC Symphony played an amazing concert.  It was a nice, relaxing way to spend a Friday evening! 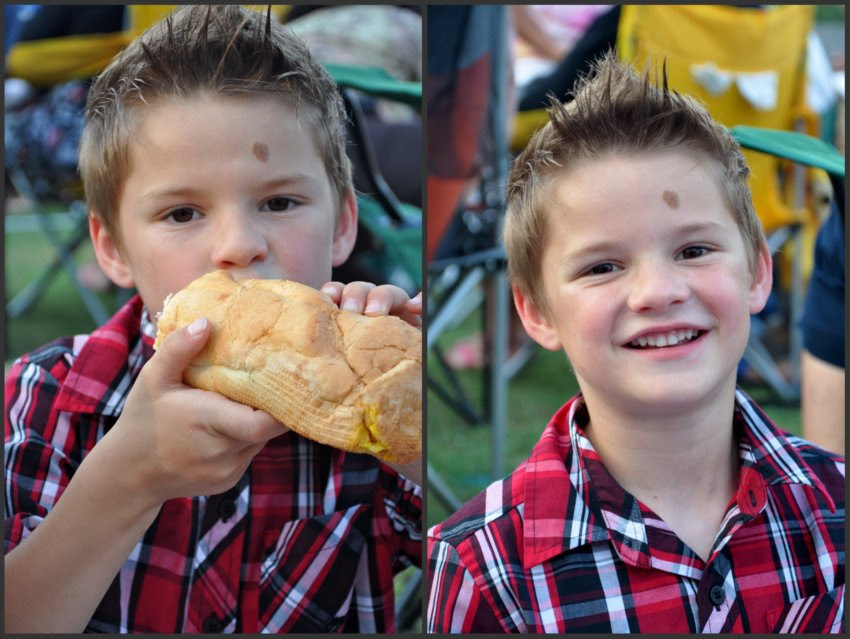 Lexie, Ben, and Christopher having fun
And then it was time for fireworks!!  Our kids are a taaaaaaaad spoiled when it comes to fireworks so Lexie's first question was "Why aren't we sitting closer to the castle?" (as in, Cinderella's Castle at WDW).  In the middle of the fireworks show Christopher and Nick asked if we could leave because they were bored.  In spite of all that they did really have a good time-- though they do prefer the fireworks at Disney World!  And on the way home, asked 27 times when we could go back to Disney World....... 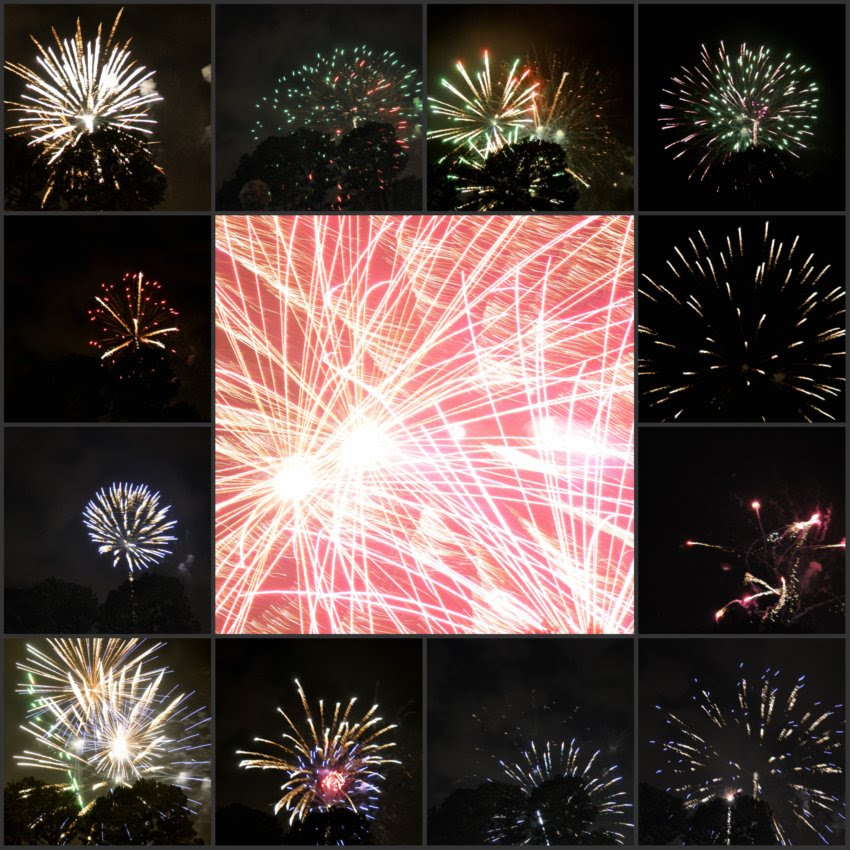 Fireworks.
Posted by Jennifer at 8:42 AM