end of the school year festivities

The end of the school year is always a busy time in our house-- especially now that all four are in school!! Luckily, since it's such a small school district, they go to great lengths to ensure that events don't overlap so that parents can attend everything.

However, this year, that all changed when President Obama planned a last minute trip to Mooresville the last week of school to talk about the amazing digital conversion within the Mooresville Graded School District.  Awards assemblies had to be changed, schools were on lockdown, and being able to attend everything was a thing of the past.  I was able to make it to Lexie's Pre-K graduation, Ben's kindergarten graduation, and Nick's end of the year awards assembly-- hopefully Christopher didn't feel too left out!!

Lexie's Pre-K graduation was the first stop of the day.  Her class had an adorable graduation ceremony complete with caps and gowns and each child was called up and received their diploma.  After the ceremony they sang a few songs and then it was time for snacks! 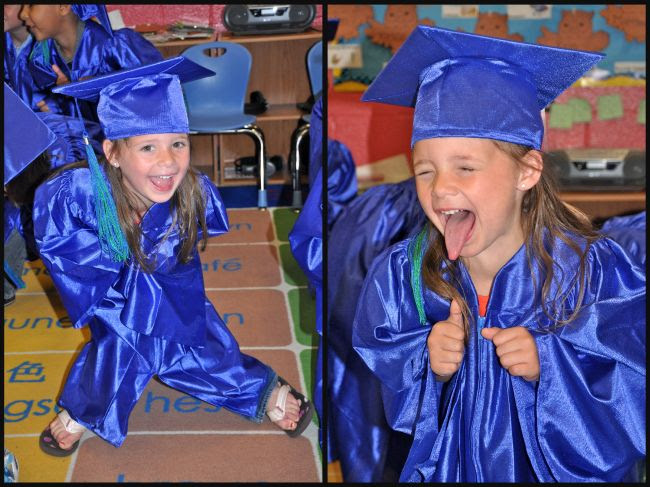 After wrapping up the pre-k festivities, Lexie and I walked down the hall to Ben's kindergarten classroom.  They also did a graduation ceremony (minus the caps and gowns) and sang a few songs highlighting all of the fun things they learned about through the year. 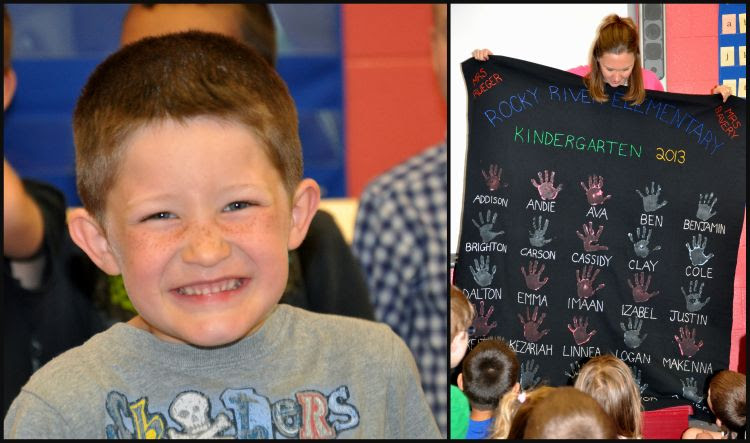 Ben was so excited!!  His class made great blankets for their teacher and assistant teacher! 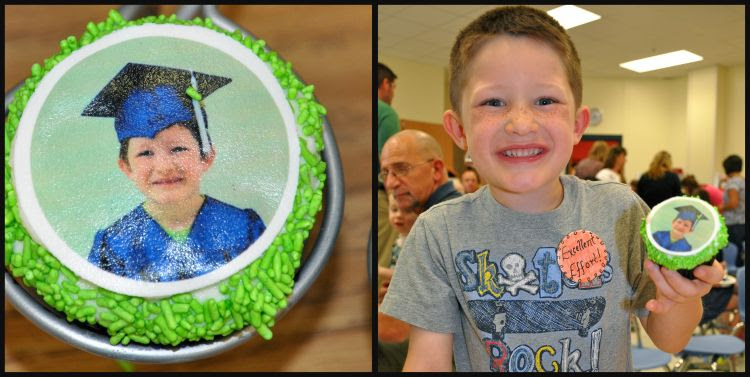 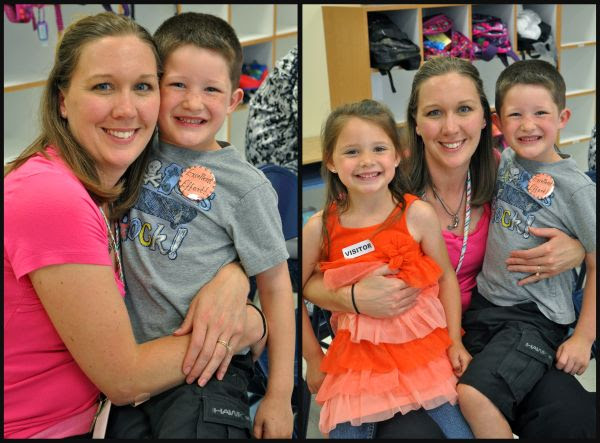 Ben and Mrs Rueger.  And we couldn't leave without Lexie getting in on the fun!

The next day was Nick's classroom awards ceremony.  Each award was tied to a type of candy (like the Snickers award for the giggly girls) and Nick's came as no surprise-- the Whopper award.  Every story he tells is a whopper- not a lie, but very elaborate and enthusiastic! 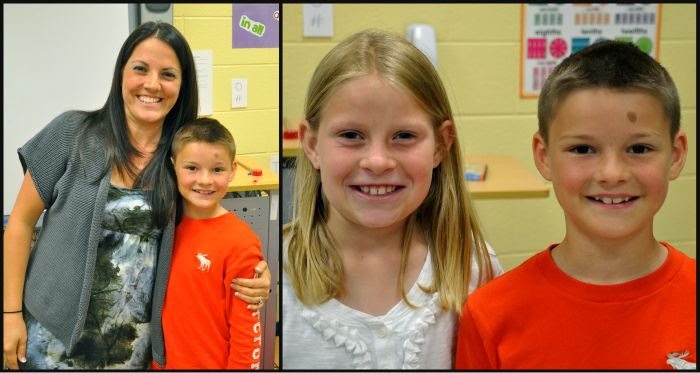 Nick and Mrs Cook.  And with his best friend Laney.


The final end of school year event of the year was the 2nd and 3rd grade awards assembly where Nick received his award for Perfect Attendance!!  Starting next year in 3rd grade, there are also awards for Honor Roll and Nick is very excited to make that list.

After getting through all of the 2nd and 3rd grade awards the focus of the assembly turned bittersweet.  Our school lost a very special 2nd grader right after Thanksgiving due to a tragic accident.  A memorial was set up at the school and a very special "All-Star Award" was announced.  Bryce was posthumously awarded the "All Star Award" and starting next year, it will be awarded to a 3rd grade student (since Bryce would have been in 3rd grade) that exemplifies his spirit.

The chorus put together a song in Bryce's memory and let me tell you, there was not a dry eye in the house.  Nick is in the second row back on the right side (wearing orange).

Play fair, play fair
Give it all you've got
And leave it on the field when you are done
Please smile, please smile
If you're happy or you're not
That smile might be that person's only one

Be kind, be kind
If you're young or if you're old
Kindness makes the world a better place
Just help, just help
Don't wait to be told
And help with that smile upon your face

You are not too young to know