After our late night at Disneyland, we were up early to make the drive from Disneyland to the Reagan Presidential Library with a quick stop at In-n-Out for lunch.  The grounds of the library are absolutely beautiful! 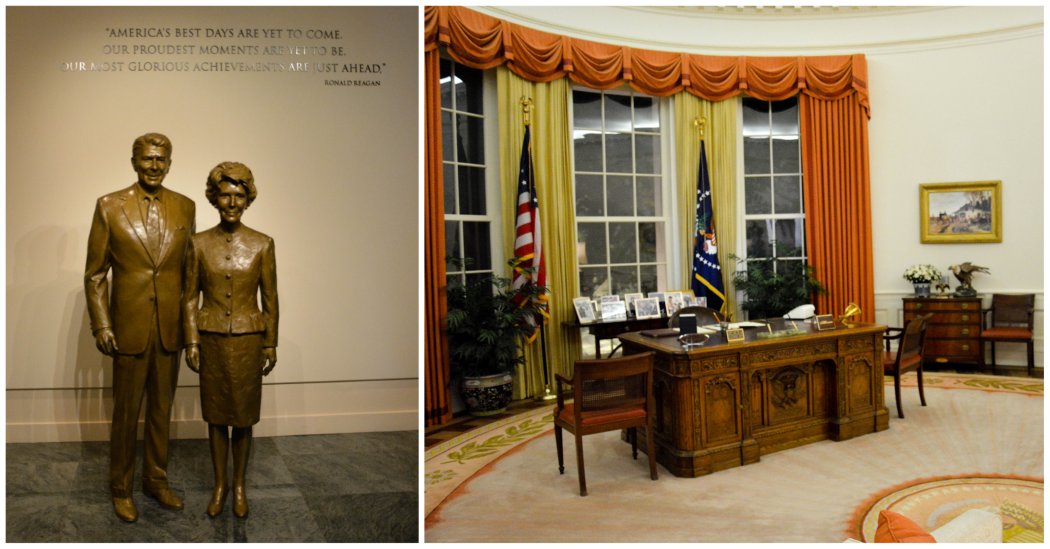 The kids were excited to see the differences in the Oval Office between the Bush and Reagan libraries-- they were a little upset that they couldn't get their picture taken in the Reagan Oval Office. The docent asked a few trivia questions in the Oval Office and Nick got most of them right-- including whose portrait was displayed over the fireplace.

The highlight of the visit was most definitely seeing Air Force One.  We looked at it from all angles before boarding the plane for a glimpse of Presidential air travel in the 1980s. 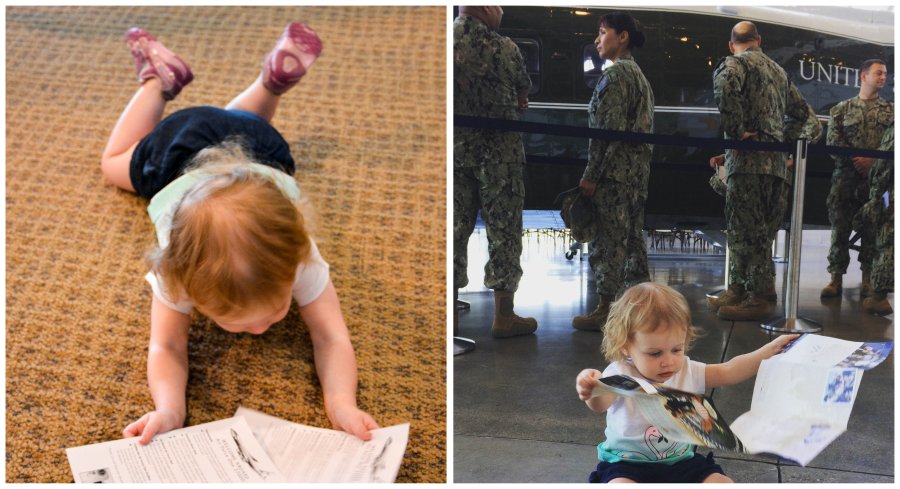 Ellie was more interested in the brochures than anything else so she spent time checking those out while the big kids enjoyed the exhibits and went on Marine One.  After a couple of hours at the library, everyone was worn out so we made the quick drive to Jacob's grandparents' house- our home for the next few days!