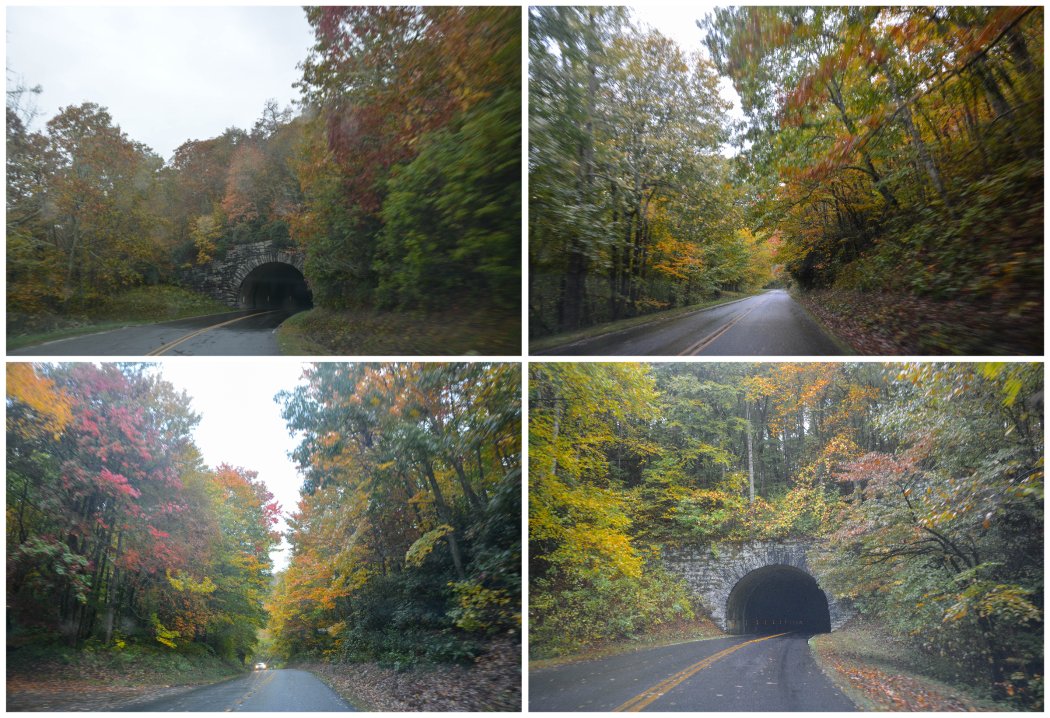 One of my favorite things about living in the Charlotte area is our proximity to the mountains-- while they're just hills when compared to the Rockies or Sierras, they still have a significant elevation change and are beautiful in their own right.  We drove down the Blue Ridge Parkway the second weekend in October in the hopes of seeing fall color and even though it was overcast and rainy, we were not disappointed! 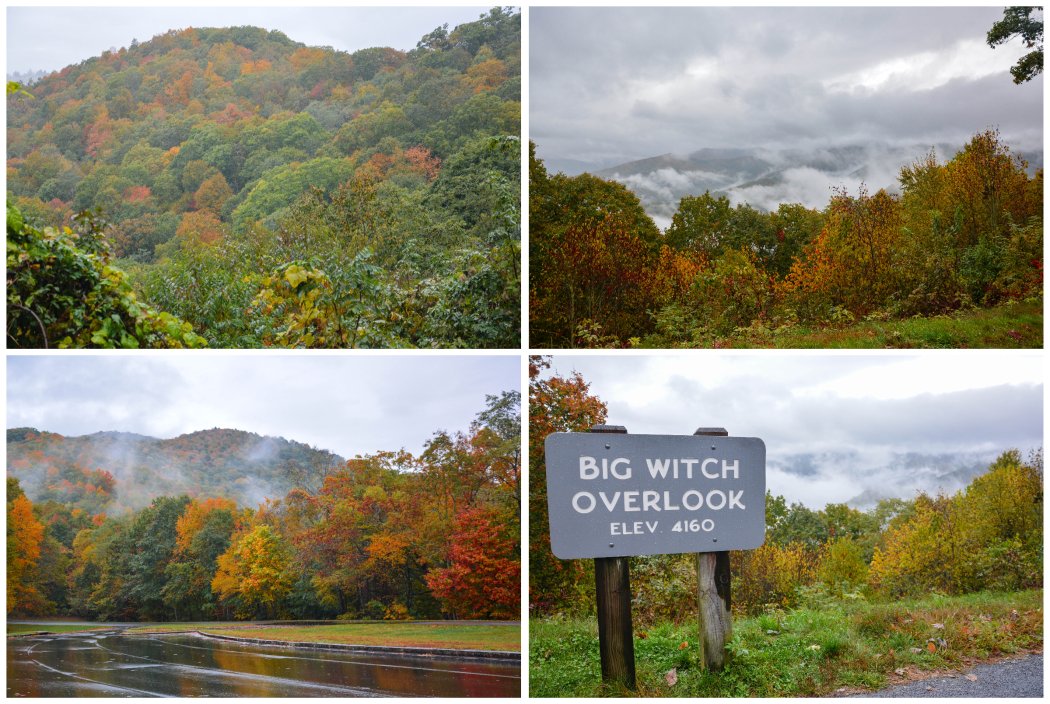 The Parkway was nearly empty because of the rainy weather and while visibility was sometimes limited, when there was a break in the cloud cover, the fall colors were absolutely breathtaking. 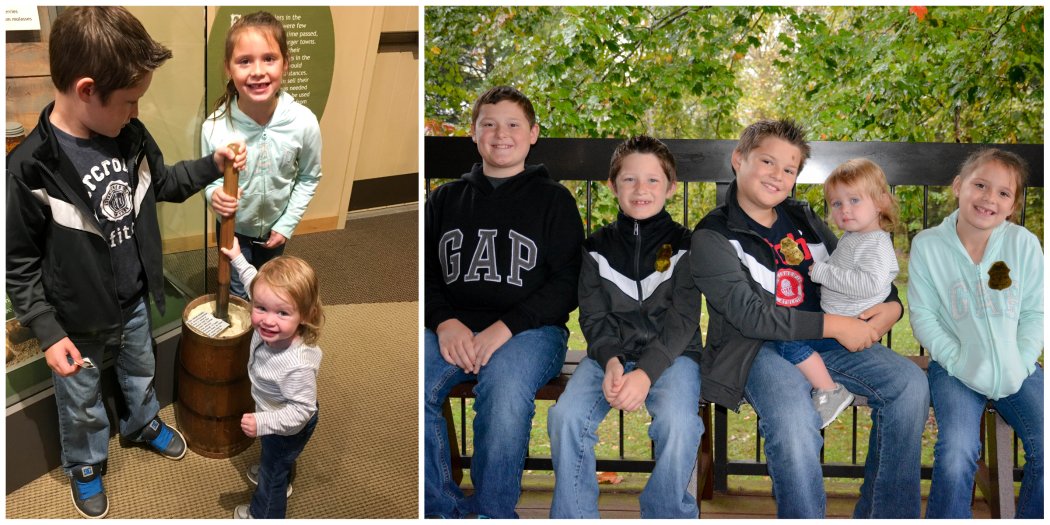 We stopped at the Oconaluftee Visitor's Center in Great Smoky Mountain National Park to learn about the history of the park.  The kids pretended to make butter like the early-Americans that lived in the area and enjoyed taking in the views from the covered porch.

While fall color was near peak in the higher elevations, it was just starting to emerge in the lower elevations near the Visitor Center.

Because of the rain we couldn't eat our picnic lunch outside and chose to eat in the car at Newfound Gap instead.  We learned that a "gap" is the same thing as what Westerners refer to as a "pass"-- a low point in a mountain ridge.  Newfound Gap is the lowest passable point in the Smoky Mountains. 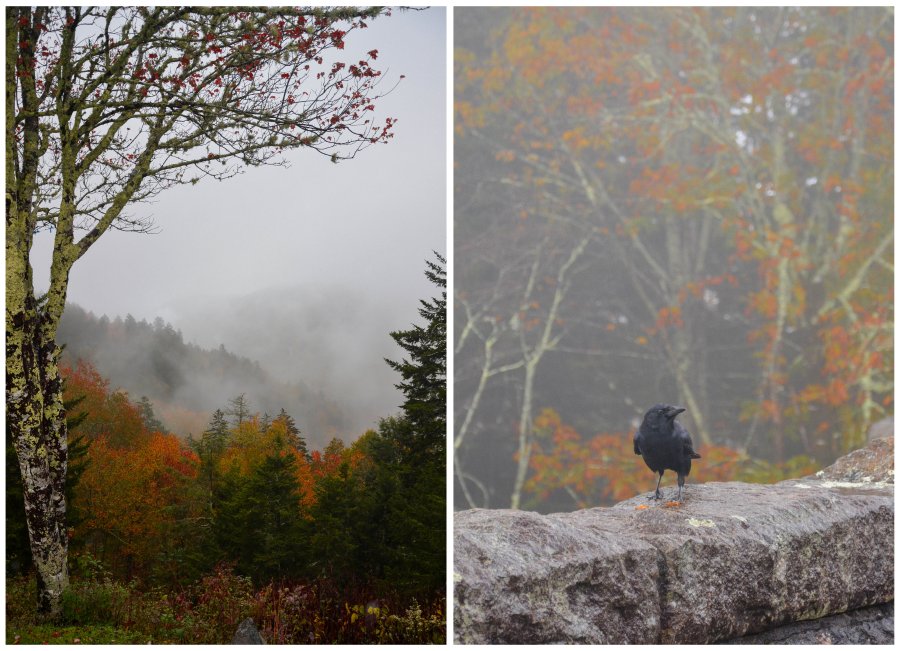 We enjoyed watching the clouds form and drift over the trees as we ate our lunch.

The twists and turns of the Parkway make it a fun road to drive-- there's something new to see around every turn!
Posted by Jennifer at 5:00 PM