Since we got back to our room so late, we slept in until around 10am (that doesn't happen often with the kids!!) and made it to Animal Kingdom in time for lunch at one of our faves, Yak and Yeti.  We started with the Pork Pot Stickers and Pork Egg Rolls and then I had the Seared Miso Salmon and Jacob had the Korean BBQ Ribs, so basically, we ordered our usuals and were totally happy!

Our first ride (of this trip) on Expedition Everest-- quite possibly my favorite Mountain at WDW... Or it's tied with Big Thunder. 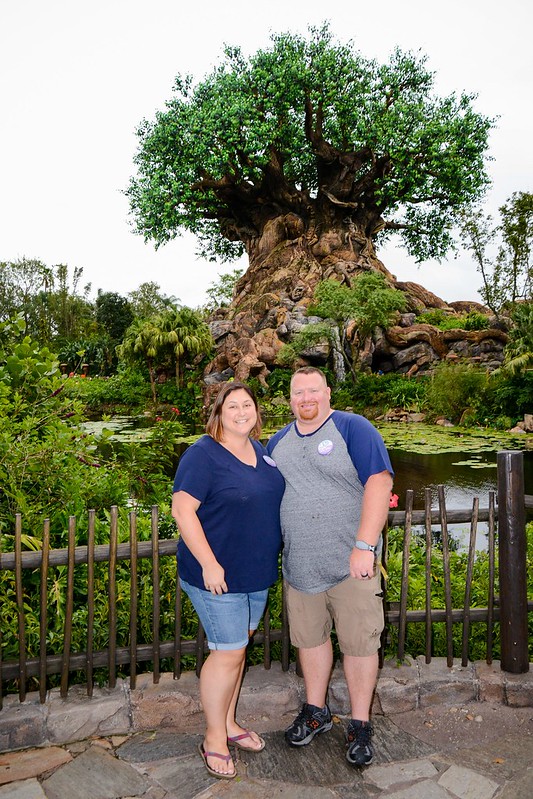 Posing with the previously mentioned Tree of Life.

We usually go on Kilimanjaro Safari first thing in the morning so we weren't sure what to expect with an afternoon ride, but we were pleasantly surprised with the number of animals out and about!

Ellie made sure that I promised to take pictures of the elephants for her (she calls herself Ellie the Elephant!), especially the new baby elephant.

Zebras on the side of the road! 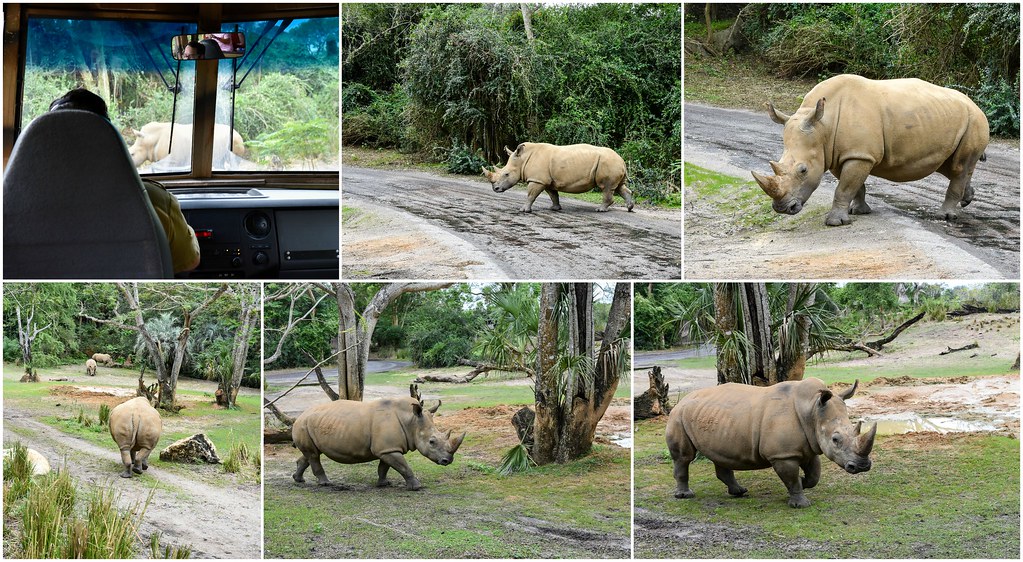 This was our first trip to Animal Kingdom since Pandora- The World of AVATAR opened and we were amazed.  The level of detail put into this land is awesome! 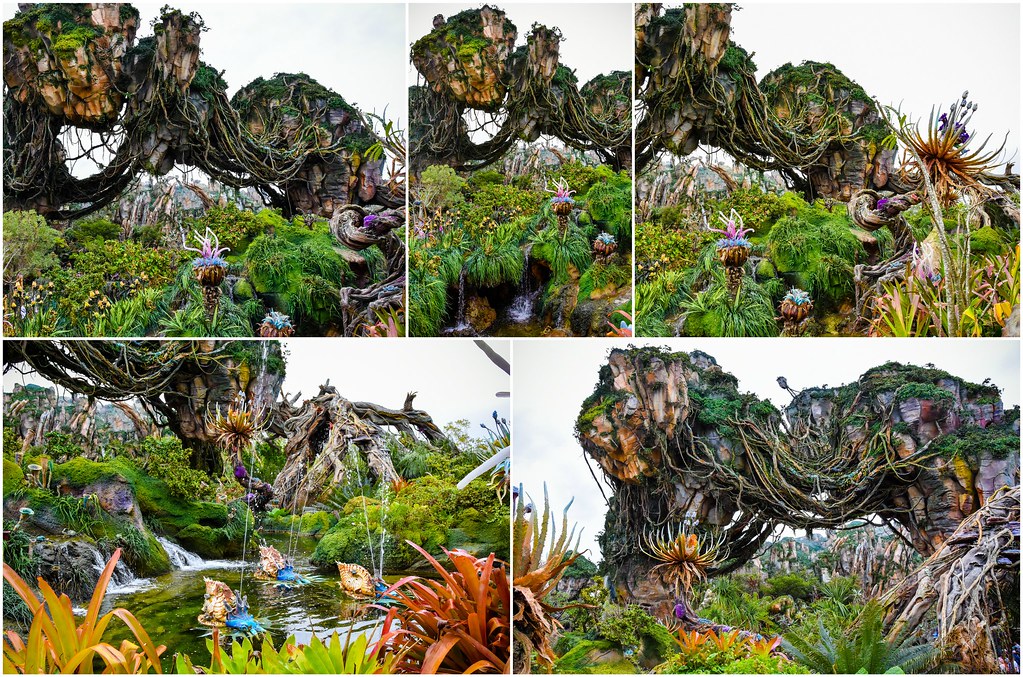 We found ourselves just wandering around and taking everything in-- and that's not something we often do in other parks.

-Na'vi River Journey, a boat ride through a bioluminescent rainforest -

We made sure to check out the new food in Pandora, too!  The Nightblossom at Pongu Pongu was refreshing, though a bit on the sweet side, and the Cheeseburger Bao Buns were a fun afternoon snack at Satu'li Canteen.

We made sure to stick around until after the sun went down so that we could see the bioluminescent forest of Pandora come alive and we saw the Tree of Life Awakening on our way out of the park.

Since we were traveling without the kids, we made sure to book dining reservations at places we don't normally go with them-- they like fine dining, we just don't like paying for them to eat at expensive restaurants!!  Our first "fancy" dinner was at Narcoossee's at the Grand Floridian.  We arrived a bit early and enjoyed listening to the live music in the lobby of the Grand Floridian before going to dinner. 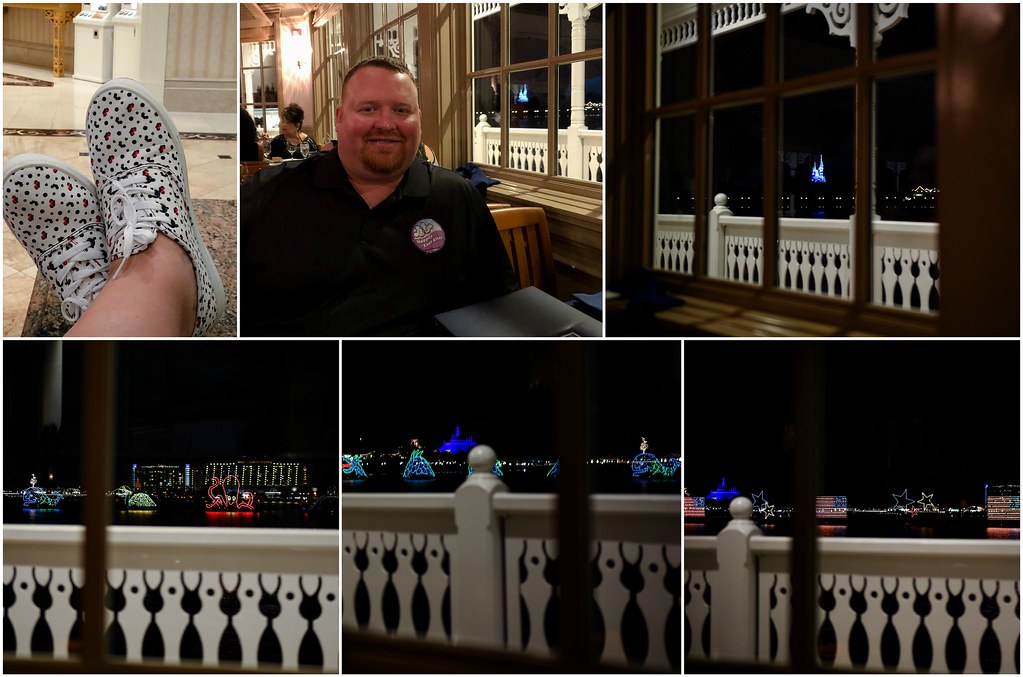 Narcoossee's has a dress code and flip-flops are not allowed-- perfect time for Mickey shoes!!  We were seated at a table by the window with a great view of Cinderella Castle, Space Mountain and the Electrical Water Pageant.

We watched the Holiday Wishes fireworks from the deck at Narcoossee's-- another great way to end a fun day in the parks!