We got a membership to Riverbanks Zoo about two hours south of us and planned a trip down there the weekend before Christmas.  We left Friday right after school and were down there in time for a quick dinner before going to see their "Lights Before Christmas" display.  Unlike other zoo Christmas lights events we've been to, this one had animals out so you could enjoy the light displays and animals! 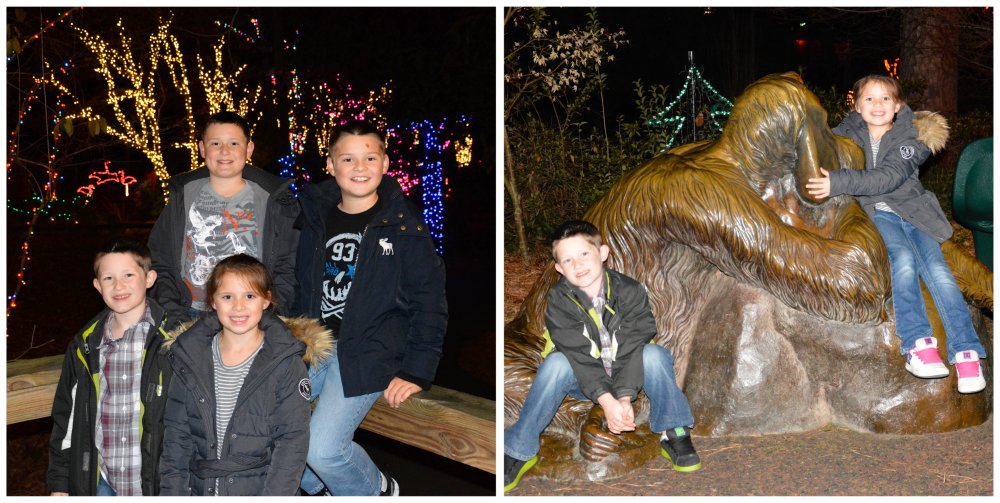 The Albaeck big kids had fun posing for pictures. 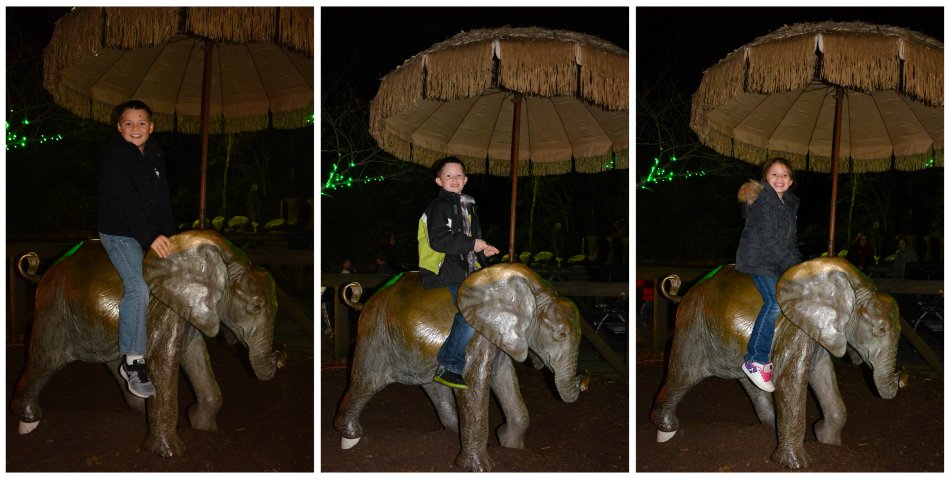 Everyone wanted a picture on the elephant statue (Christopher did too, but there was a line forming so he agreed to skip it this time).

The tiger pacing back and forth-- we were amazed at how active some of the animals were.

Sweet Ben and the flamingos. 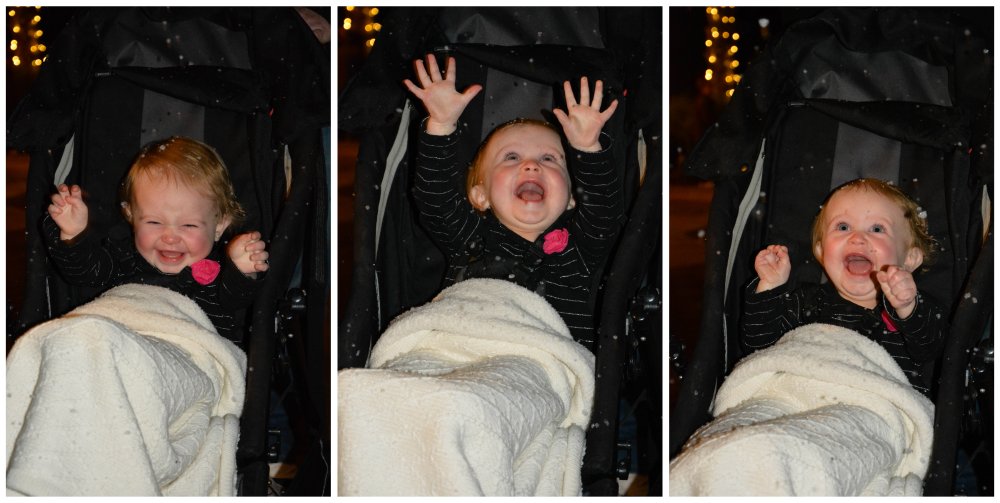 There was fake snow "snowing" at different locations in the zoo and whenever we would get under it, Ellie would get SOOOO excited.  I think the highlight of the trip to the zoo was seeing the excitement on her face!

After we were finished at the zoo, we made a quick Target run (it seems like we always HAVE to make a Target stop when we're in a new city), before checking into a hotel for the night.  The kids were very excited to stay in a hotel (I think the highlight for them is the unlimited breakfast in the morning) and very curious as to what our plans would be for the next day.

After breakfast, which took about an hour because everyone had to eat and eat and eat and eat, we were off to Fayetteville to see Frozen On Ice (tickets courtesy of Wounded Warrior Project)!  The kids didn't have any idea until we were pulling into the parking lot and they saw the Disney on Ice signs.

Excited for the show! 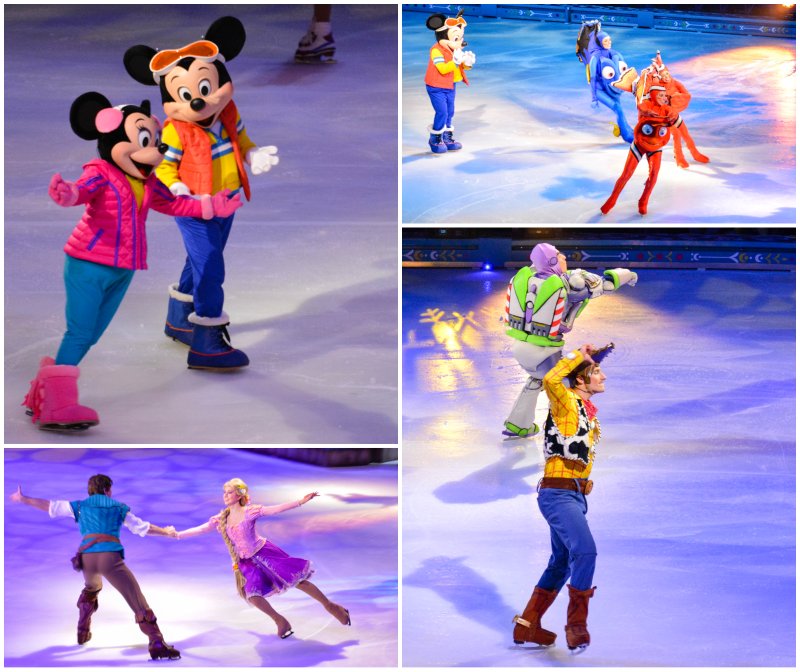 Even though the show was "Frozen on Ice' it was really nice that it started with traditional Disney characters in order to appeal to both boys and girls. 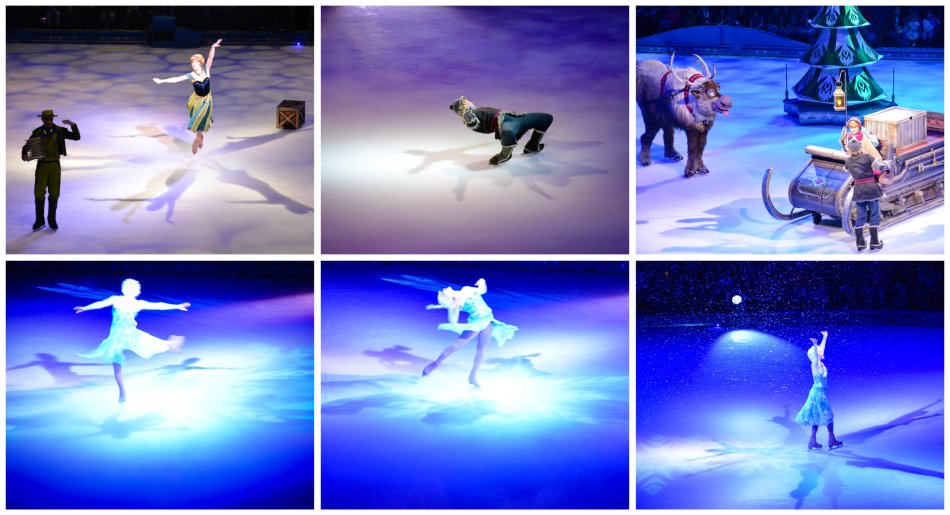 Fun at Frozen on Ice 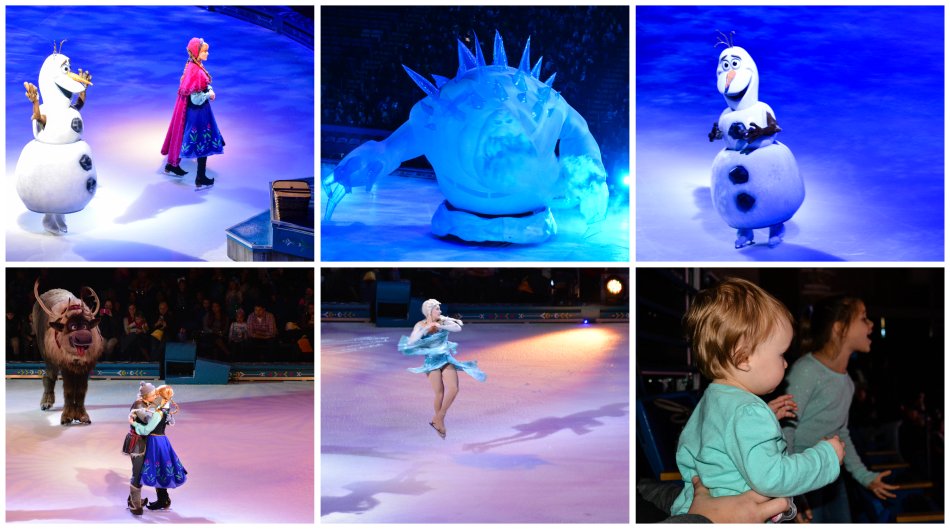 Everyone loved the show (kids and adults!), and the girls especially loved the singalong at the end.  After a fun afternoon watching the show, we made a quick stop at Fort Bragg for gas and cherry sour balls, and then headed home to get ready for Christmas!