Like dinner at 'Ohana, breakfast at 'Ohana is a family fave and we've eaten breakfast there every single time we've been to Disney World.  I was seriously bummed when I couldn't get a reservation for 'Ohana breakfast ANY day of our trip and I tried multiple times a day for FIVE months.  As luck would have it, I was able to get a reservation for the day we had to head home by checking the night before-- you have to cancel reservations by midnight the night prior or you get charged a $10 per person no-show fee so a lot of people cancel between 10pm and midnight! 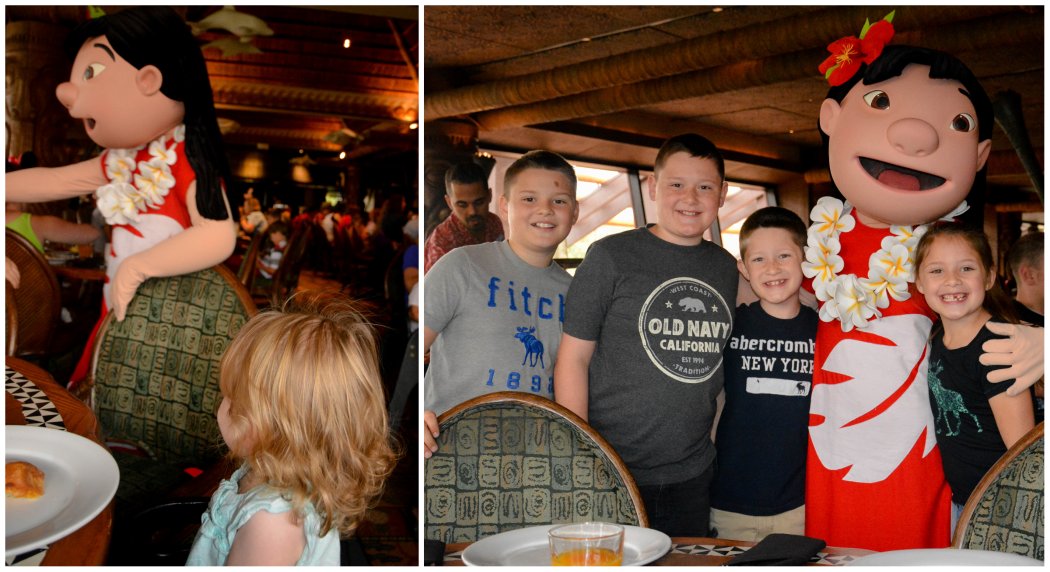 The big kids LOVE meeting the characters.  Ellie, on the other hand, preferred to watch from a distance. 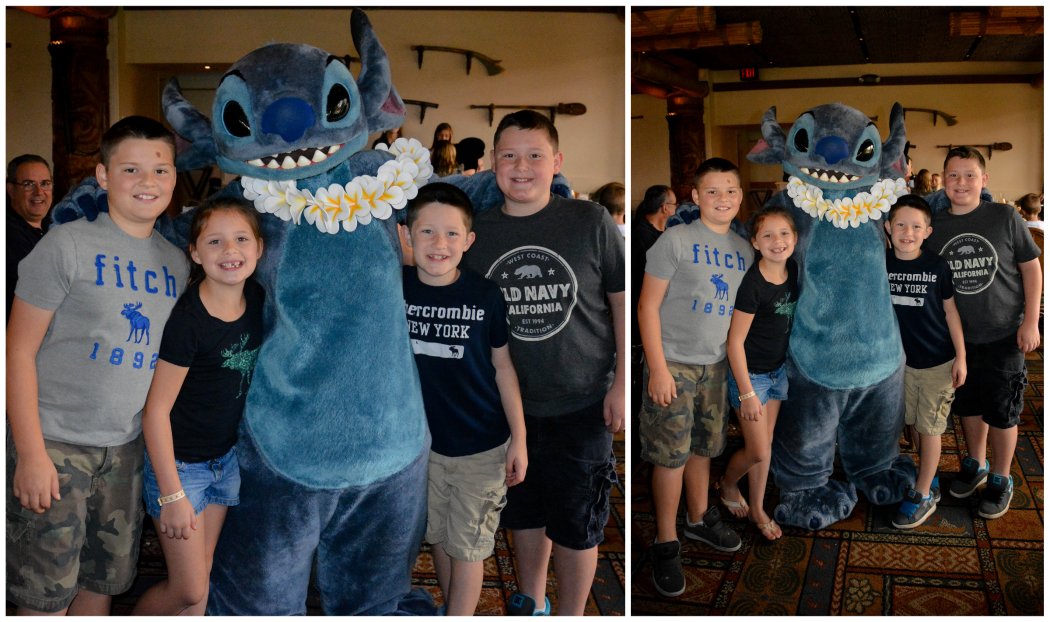 Stitch is one of Ben's favorites (and the others think he's pretty cool, too)! 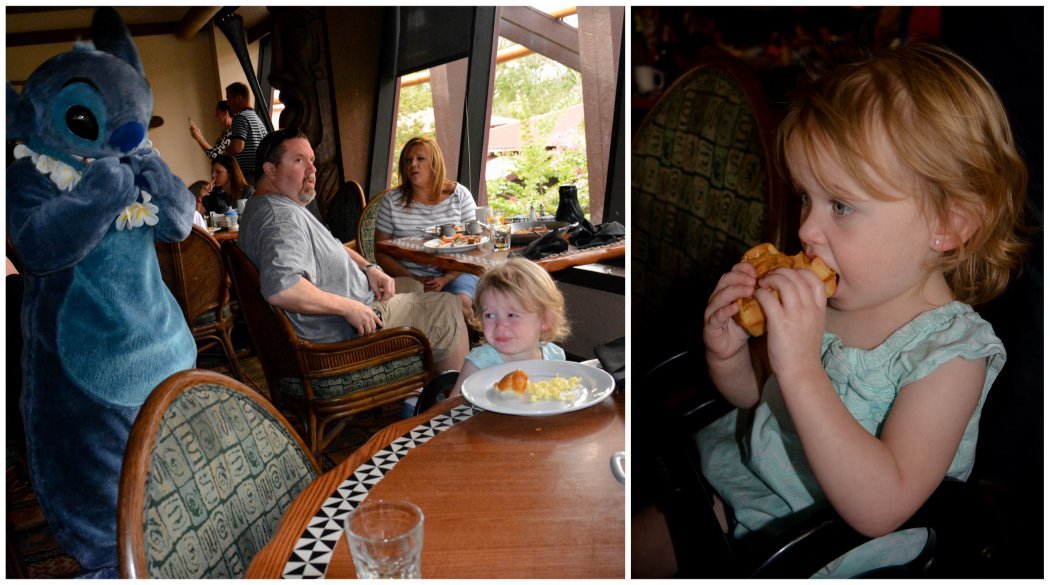 Stitch got too close to Ellie and the tears started- so I asked him to stay for pictures!  While she wasn't a fan of the characters, she did love the waffles!

We always get a family picture with the mouse that started it all!

Such a silly puppy!  Pluto always entertains with his antics.

While we come back again and again for the character interaction, the food is pretty great, too!  The kids drink gallons of the POG juice and eat their weight in eggs, sausage, and waffles (Mickey and Stitch)!  Unlike most all you can eat places at WDW, breakfast at 'Ohana is served family style instead of a buffet- it's so nice not to have to follow the kids up to a buffet and instead be able to relax at the table knowing we can ask for more of anything!

The big kids had fun dancing in the parade with Mickey and Ellie used her silverware to make noise and participate. 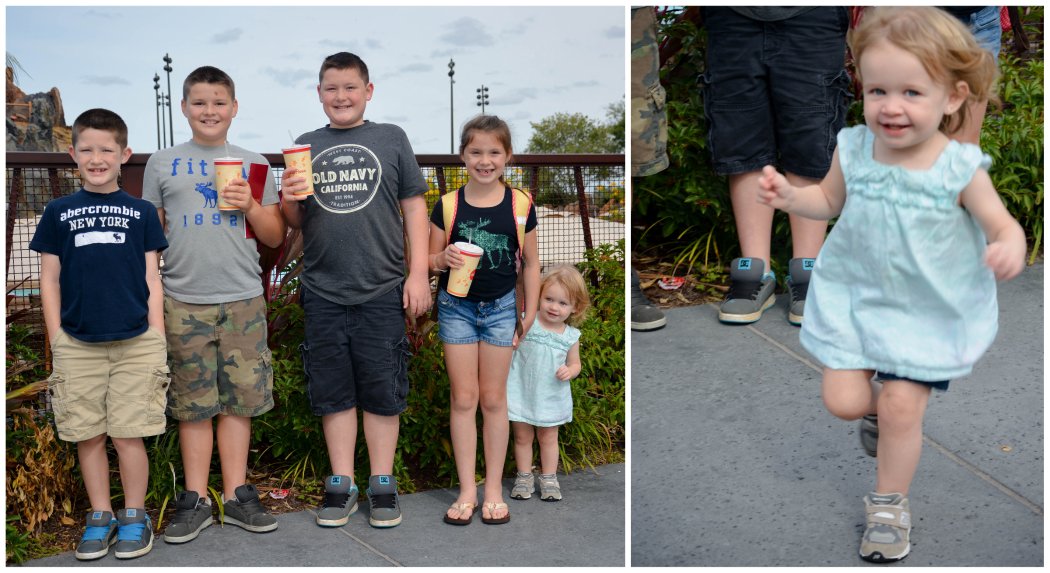 After our delicious breakfast, we went outside to say goodbye to WDW and take pictures.  Our awesome waiter was kind enough to send us on our way with to-go cups of POG juice!  With as much time as we spend at the Poly, we really need to stay there sometime (maybe if we win the lottery!!)! 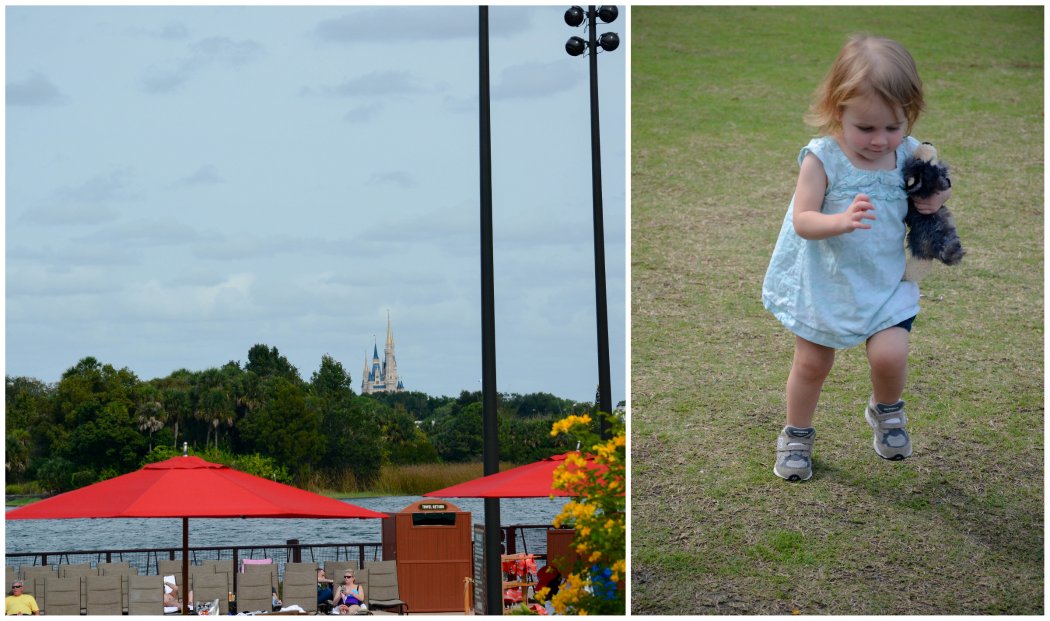 You can see Cinderella Castle from the pool and beach at the Poly!  Ellie got her wolf ("doggy") from a shop in Frontierland during the Christmas party.  We were picking out party pins for the kids and two employees were totally smitten with her and her entourage of siblings.  They gave Ellie the wolf to play with and when we were getting ready to leave, they told her that Mickey bought it for her!  It's always exciting to get some pixie dust! 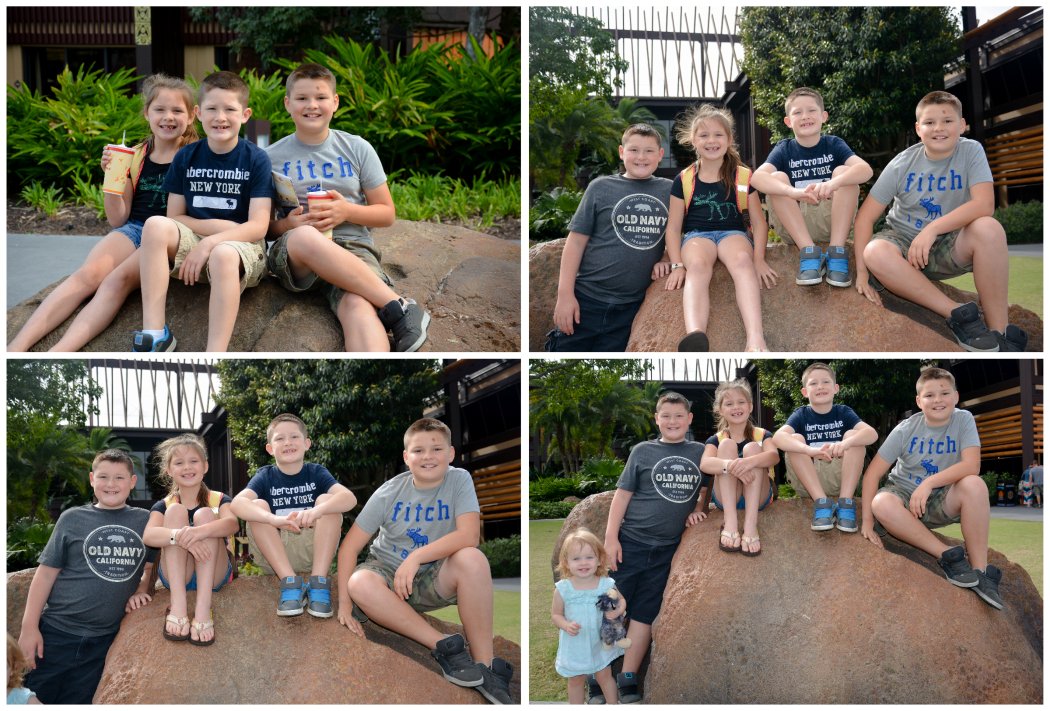 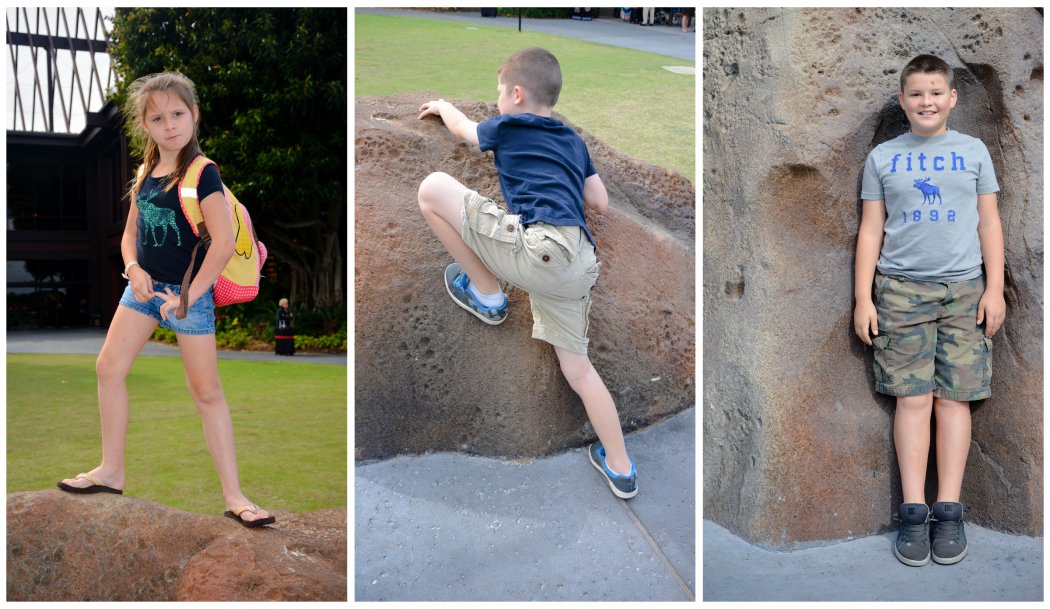 Such silly kids!  We slowly made our way through the Polynesian and to the car-- we had to stop at the gift shop on our way out for some last minute Christmas shopping.  Then it was time to head home but I love that we live close enough to be able to run off to Orlando for a long weekend and get some Disney magic in!
Posted by Jennifer at 7:30 PM