new rooms for the boys

While the kids all had their own rooms when we first moved into our house over 4 years ago, once Miss Ellie came along, we had to rearrange a bit and Nick moved in with Ben so that Ellie would have her own room.  Now that she's finally old enough to share a room with Lexie, we redid all of the boys' rooms and they each have their own.  They knew that we were redoing the rooms, but we did all of the work while they were in school (one room each week) and didn't let them see until their room was totally done. 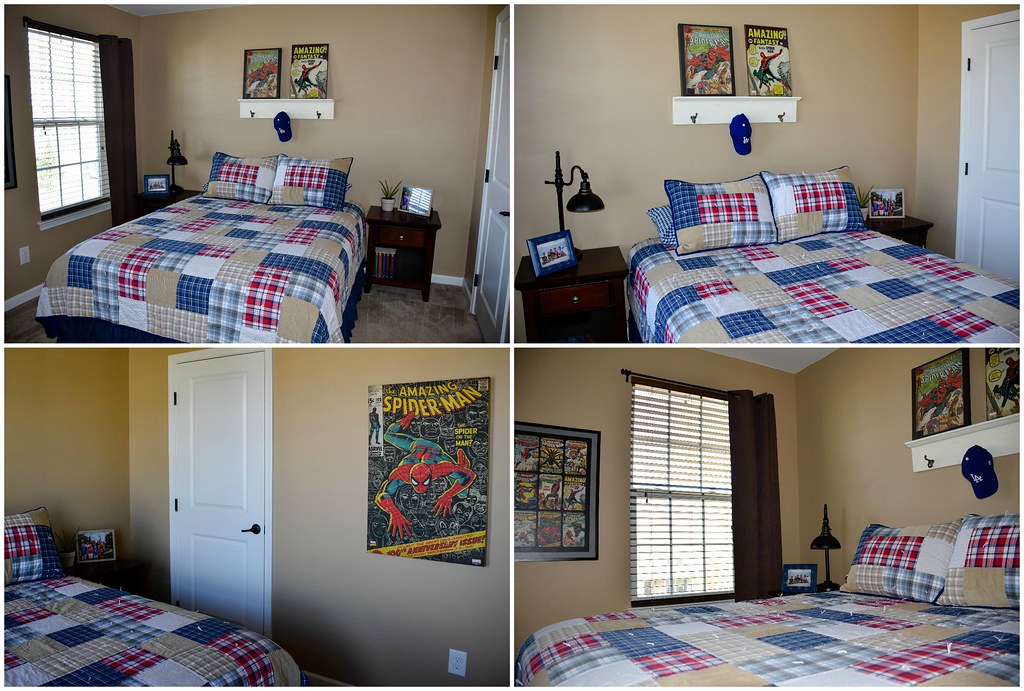 Christopher has always wanted a Spiderman room and while I didn't want to go all-out Spiderman (since I'm guessing as a high schooler he's not going to want Spiderman bedding 😉😉) I thought that he would love the Spiderman art.

Of course his room also had to have family pictures (most at Disneyland/World).

He was SOOOO excited when he walked in! 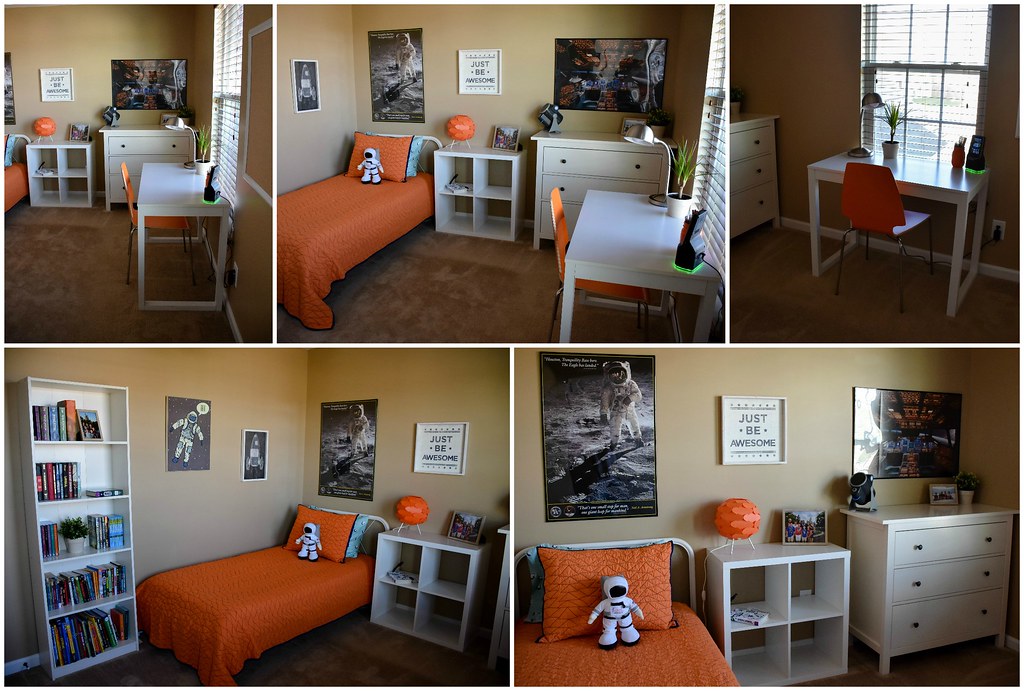 Nick moved into Christopher's old room and the entire room is space themed and orange (his absolute favorite color!). 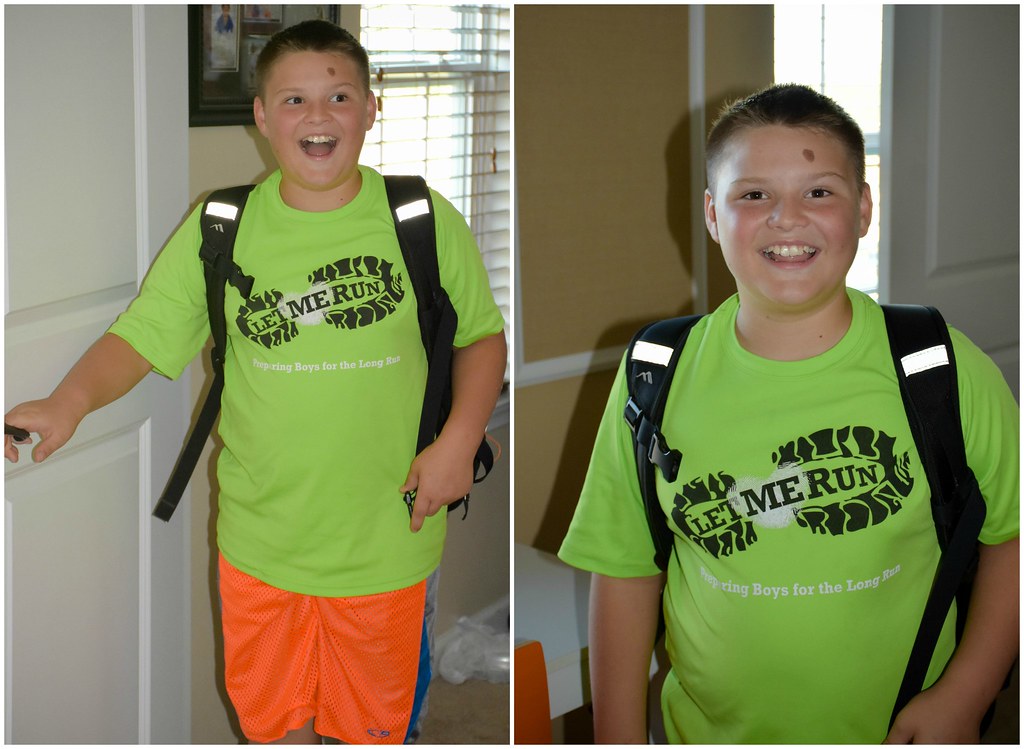 He was equally excited for his new space (no pun intended!)!

Ben kept his and Nick's old room and the theming of the room didn't really change, but there is so much more room for him to play with only one bed (and all of Nick's stuff gone).

Ben REALLLLLLY wanted a desk in his room so we made sure to get him a new desk. 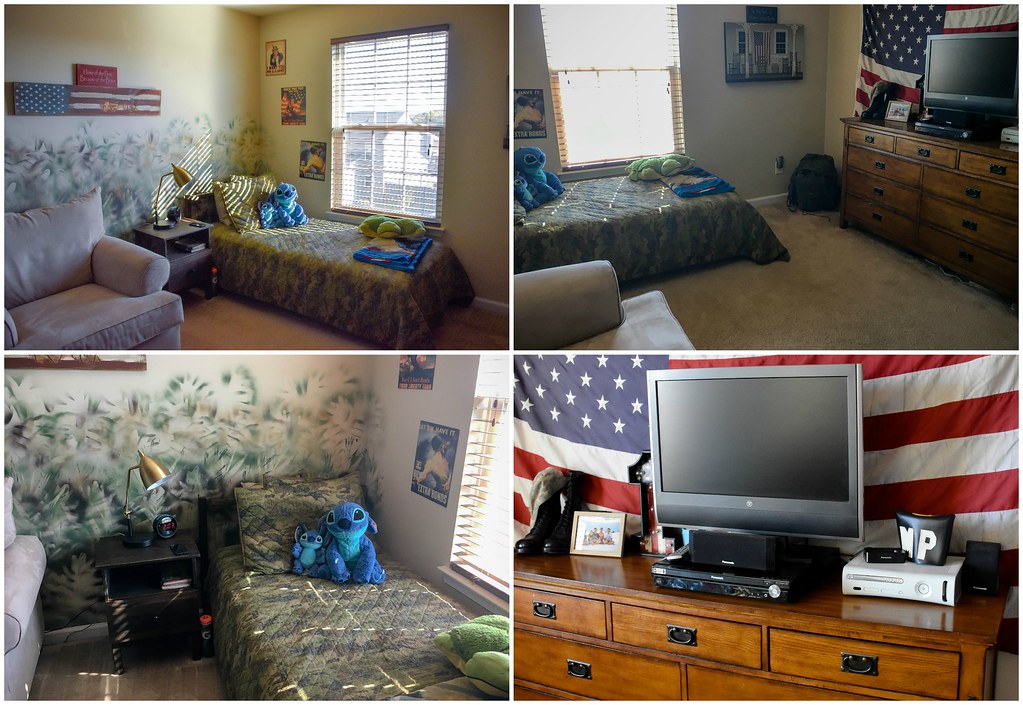 Like the other two, Ben was so excited to see his new room!  The first thing he did was jump onto his bed and snuggle with all of his Stitch's-- and then he jumped INTO bed to play on his laptop!