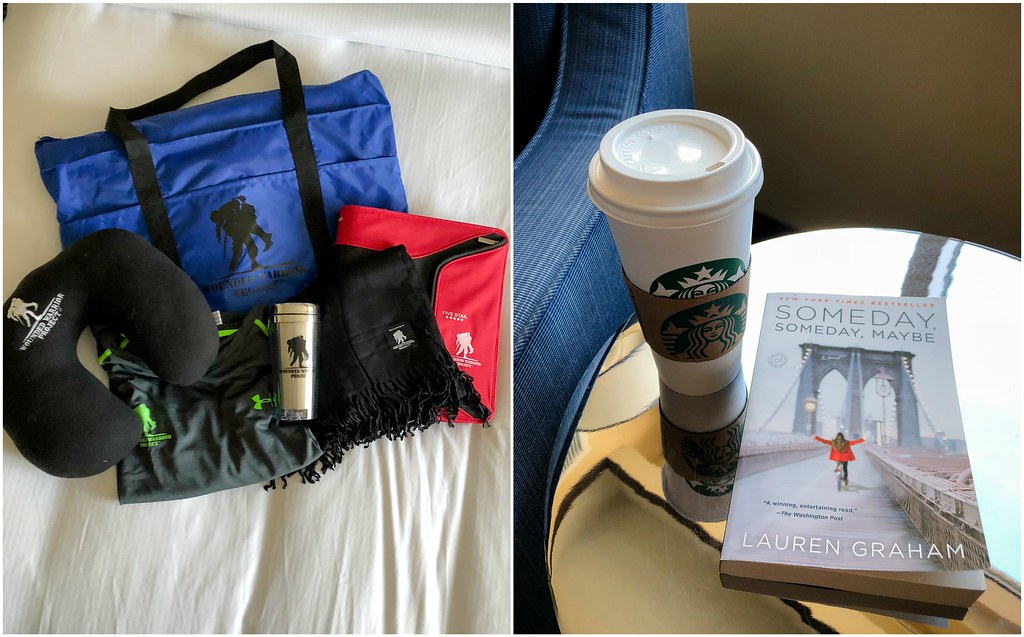 I was invited to attend a Wounded Warrior Project women's empowerment retreat in Asheville, NC, so in addition to meeting a great group of women who could relate to being a caregiver, it also meant that I got to stay in a hotel ALL. ALONE. for three days!  I stopped at Starbucks on the way and enjoyed my coffee and a book in a quiet room before the event officially started.  In addition to learning about compassion fatigue and stress management, we also had time to venture out and explore the Asheville area, specifically the Biltmore Estate. 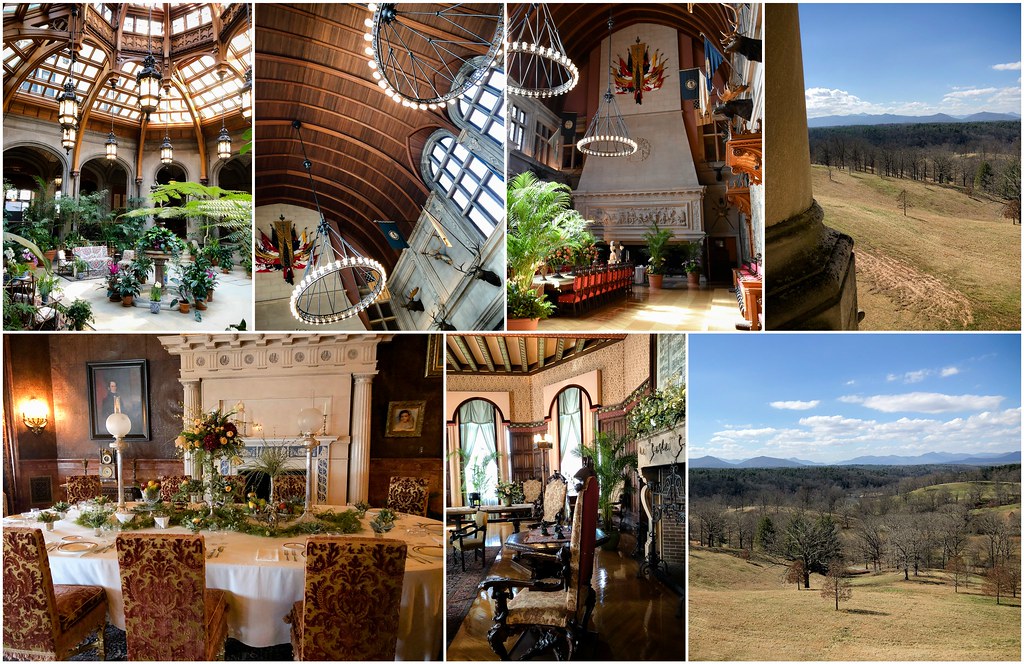 The Biltmore House, the brainchild of George Vanderbilt, took six years to build, was designed after 16th century chateaux in the Loire Valley and officially opened in 1895.  With 250 rooms and over four acres of floor space (over 175,000 square feet), it is the largest private residence in the United States.  In 1898, Vanderbilt married Edith Stuyvesant Dresser and they made Biltmore their home.  In 1900, they welcomed their only child, Cornelia, who was born at Biltmore.
Top: the Winter Garden, the Banquet Hall with 70 foot ceilings, view from the loggia
Bottom: the Breakfast Room, the Music Room which stored art from the National Gallery of Art during WWII, view from the loggia 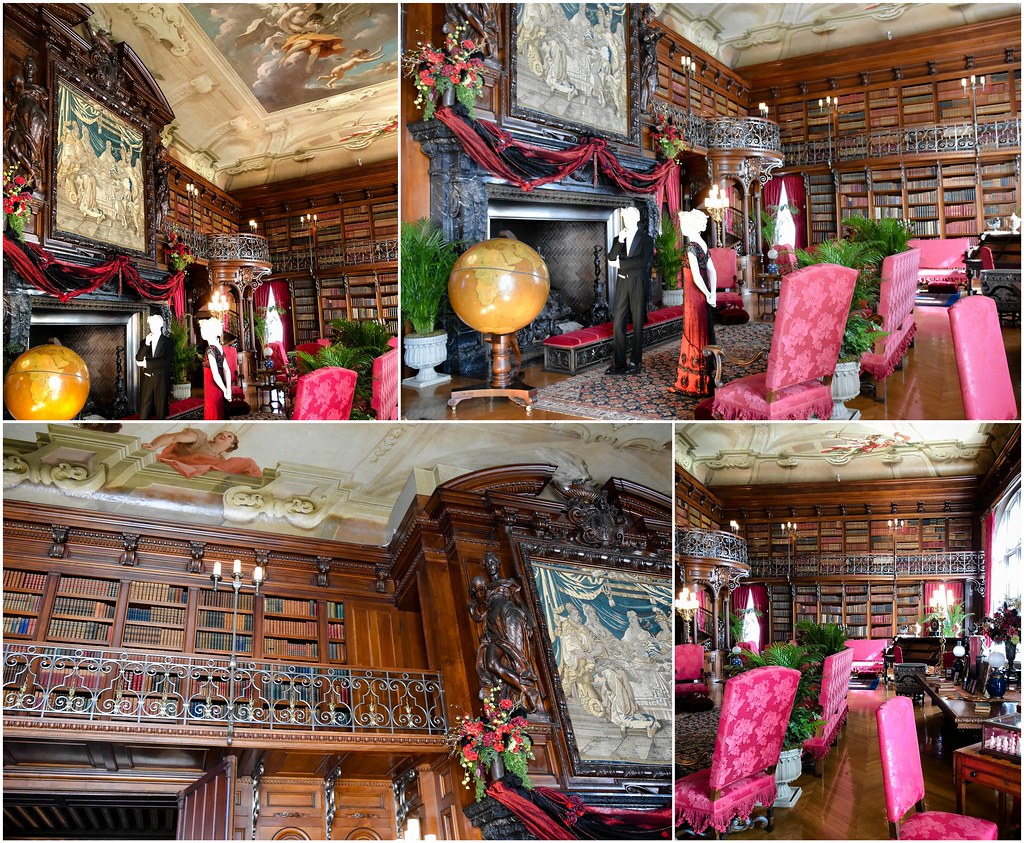 George Vanderbilt was known as one of the best read men in the country and he had the library to prove it!  The Library in the Biltmore House has over 10,000 volumes and there are another 12,000 either in storage or in other rooms of the house.  Brought over from the Pisani Palace in Venice, the ceiling painting, "Chariots of Aurora" was done by Giovanni Antonio Pellegrini in the 18th century and is considered his most important work-- most of his other work was destroyed during WWII. 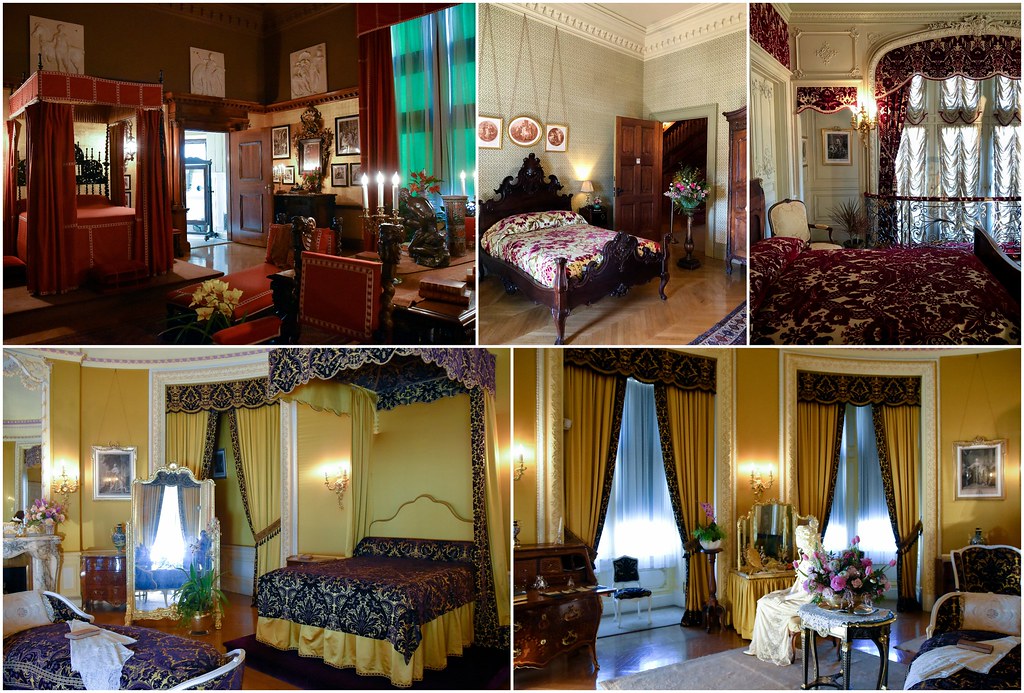 The cantilevered grand staircase is impressive as is the 1700 pound chandelier (that hangs from one bolt!!) suspended in the middle.

In the "Halloween Room" guests at a 1920s gypsy-themed New Year's Eve party were treated to paintings done by the family from the illustrations of the Russian cabaret- La Chauve-Souris. 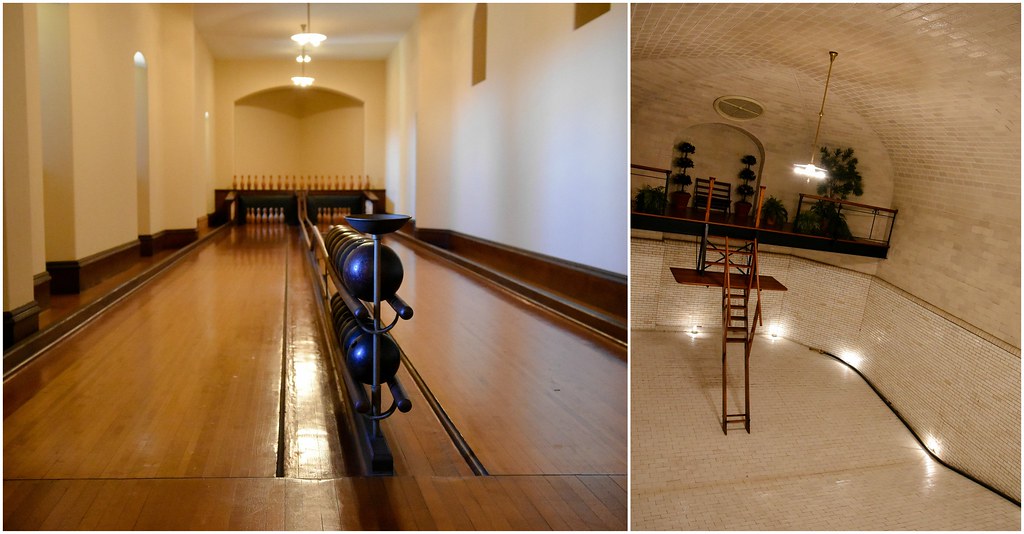 The basement of the house features a 2-lane bowling alley (the first ever in a private residence!) and 70,000 gallon indoor swimming pool complete with underwater electrical lighting.

The Vanderbilt's treated their servants well-- the maid's quarters were light and airy and though not decorated as opulently as the rest of the house, were still nicer than others of the time.  The kitchen (with original copper pots!), one of the dumbwaiters, the the very ahead of its time, laundry room. 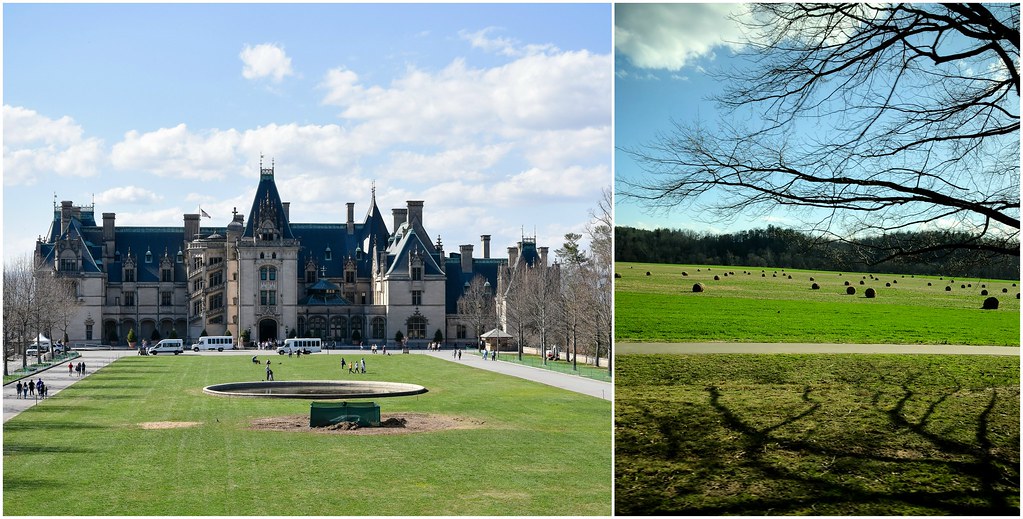 The Biltmore House sits on over 8000 acres of land that make up the Biltmore Estate.

Afternoon snack, baby ducklings at the Biltmore farm, and dinner at Cedric's Tavern wrapped up our visit to Biltmore.

On our last morning of the retreat we were supposed to go on a hike but since it was raining, we loaded up in the van and drove around the Blue Ridge Parkway and made a quick stop for pictures.  After a phenomenal weekend taking time to relax and destress as well as making new friends, it was time to head home with a quick stop at the Dripolator coffeehouse to fuel up for the drive.