All too soon it was time to say goodbye to Newport Beach and get back on the road.  We stopped at Wahoo's Fish Taco again (yum!) in Woodland Hills, and then met up with Truck Grandpa for a quick Starbucks trip in Newbury Park.  After sitting in lots of traffic, we finally made it to Grandma Robin's in San Luis Obispo.
June 29, 2017 - San Luis Obispo, CA - State #10 - 3065 miles 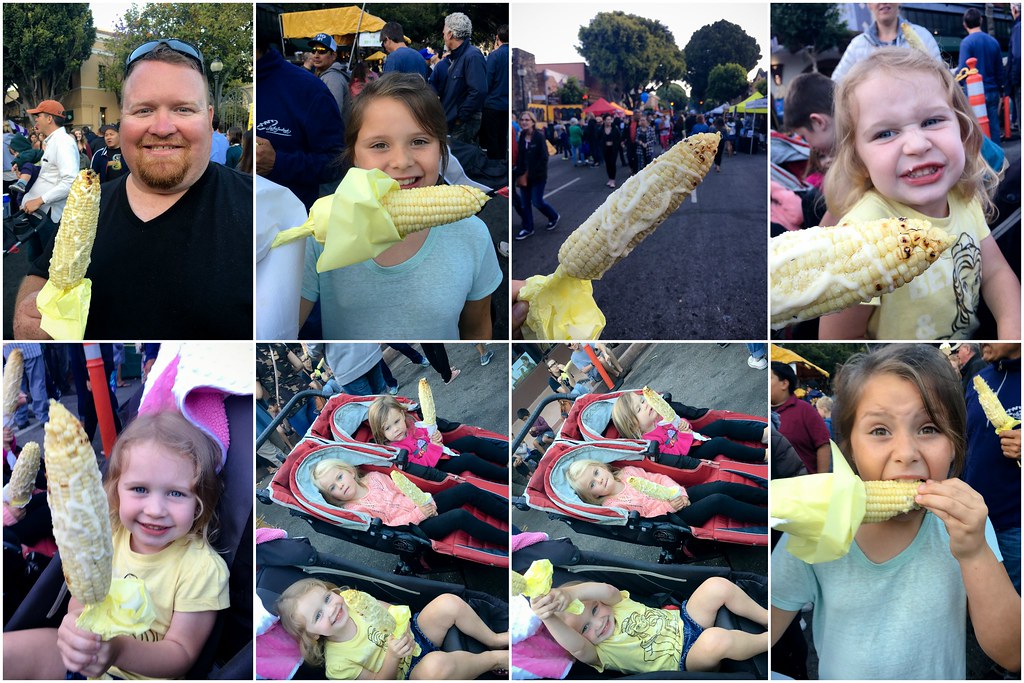 After a quick dinner with Grandma Robin, Fred, Abe and the Fosters, we went to the Farmers' Market in Downtown SLO and had the most delicious street corn!  Ellie had so much fun playing with her cousins, Gwen and Addy.

Had to get a sweet treat at the market, too! 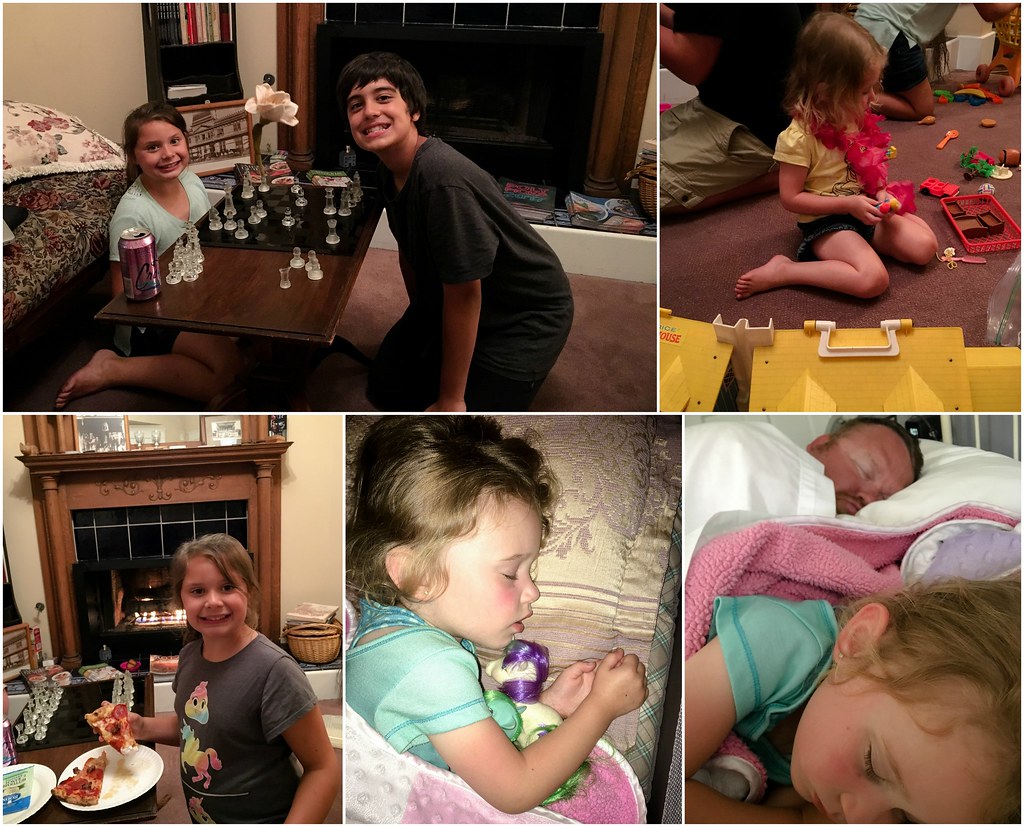 Back at the bed and breakfast, Lexie and Abraham played chess while Ellie played with Little People and ponies, and then everyone had a late-night pizza snack.  Ellie insisted on sleeping with a pony-- and then further insisted that she move from the pack-n-play to the bed!  It's a good thing she's cute!