On day two of our trip to the Crystal Coast, we headed to the town of Beaufort for the annual Pirate Invasion.  In June 1747, Spanish privateers attacked Beaufort harbor and made off with several ships.  In August, they attacked again intending to take the town.  While the pirates were initially successful, the local militia, including nearly 100 farmers, was able to prevail three days later.  Every year, the town of Beaufort hosts the Pirate Invasion in order to highlight this historical event.

The historic downtown is transformed into a pirate encampment and pirates can be seen sitting on porches and wandering around town. 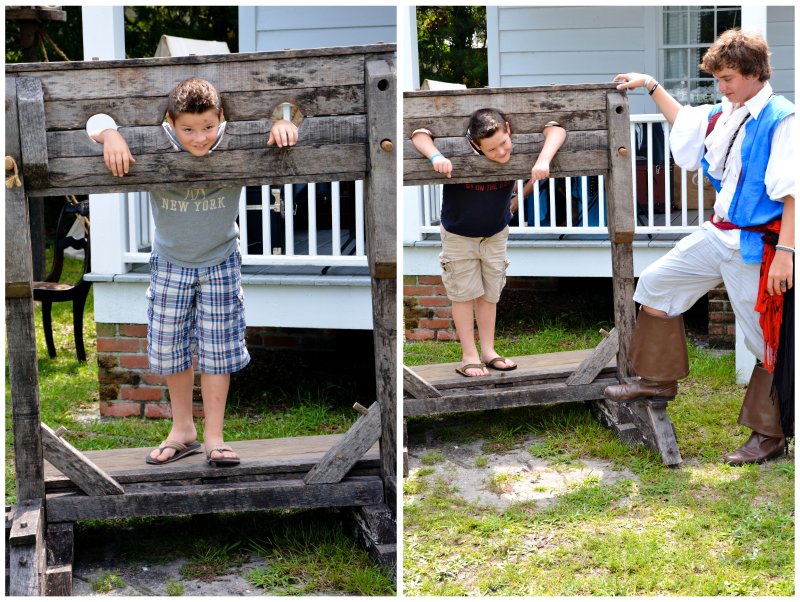 Nick and Chris were put in the stocks-- too bad we couldn't leave them there for awhile!! 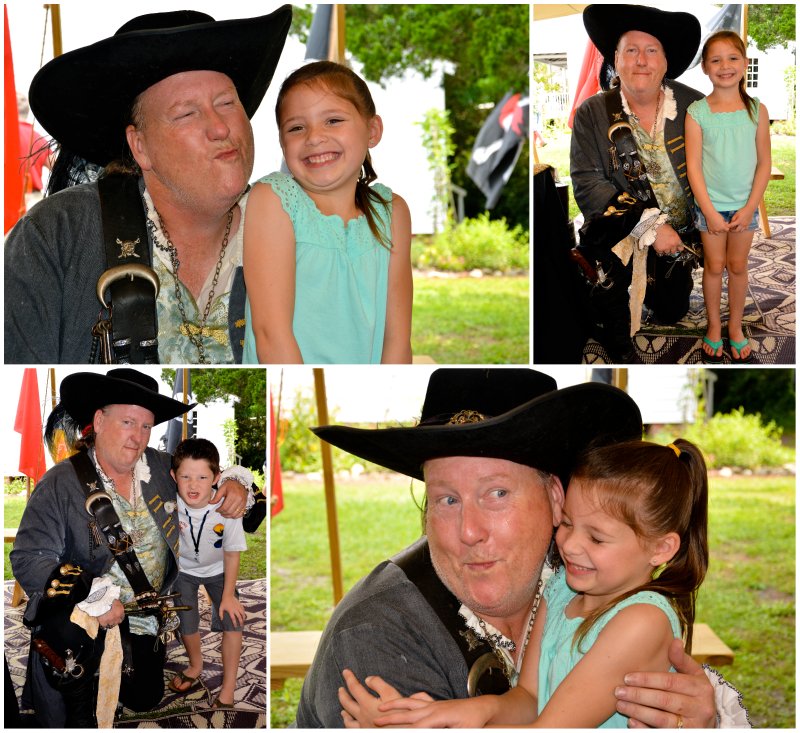 We ran into some pirates and Lexie decided she was going to marry this one!!  And Ben worked on his best pirate face. 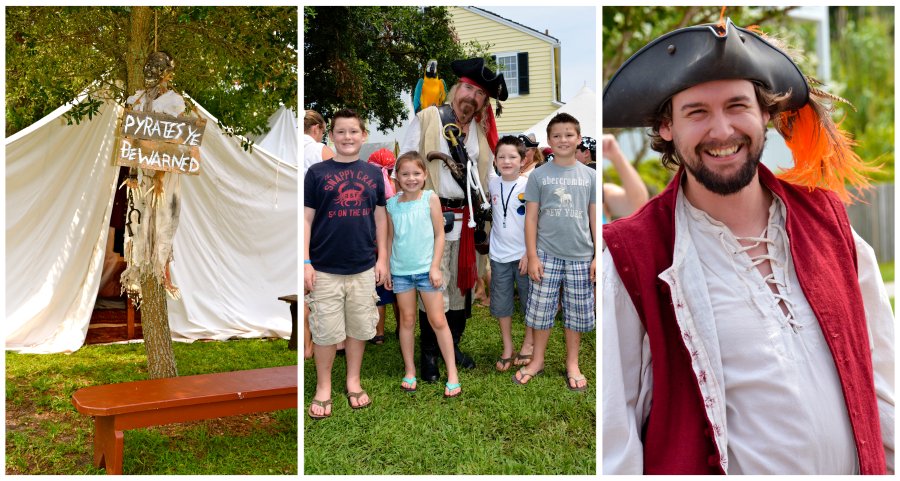 Pirates everywhere!  Luckily they were all friendly.  :)

Around noon, all of the pirates assembled in the encampment for a processional through town and a takeover by land (they attack the town by sea on Saturday).  After overthrowing the town, the pirate flag was hoisted and pirates began wrecking havoc on the streets. 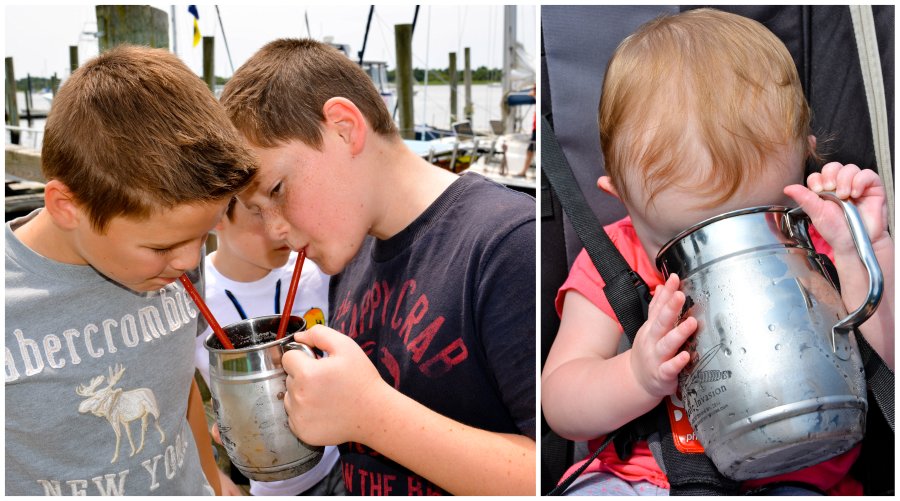 We got some non-alcholic "grog" as a special treat-- really, it's sarsaparilla but the kids kept calling it grog since there were A LOT of pirates and wenches enjoying their grog. 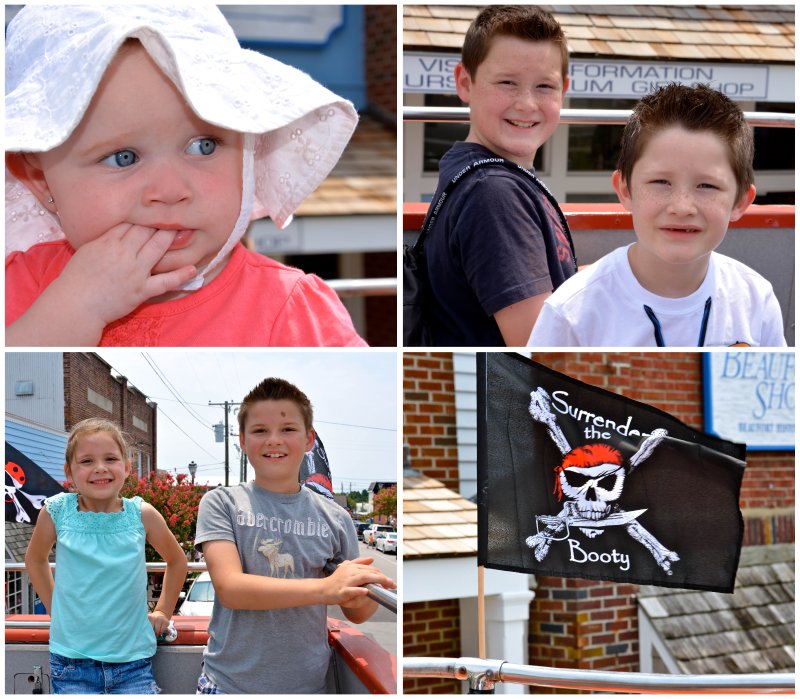 We did a double-decker bus tour of Beaufort with a pirate on-board. 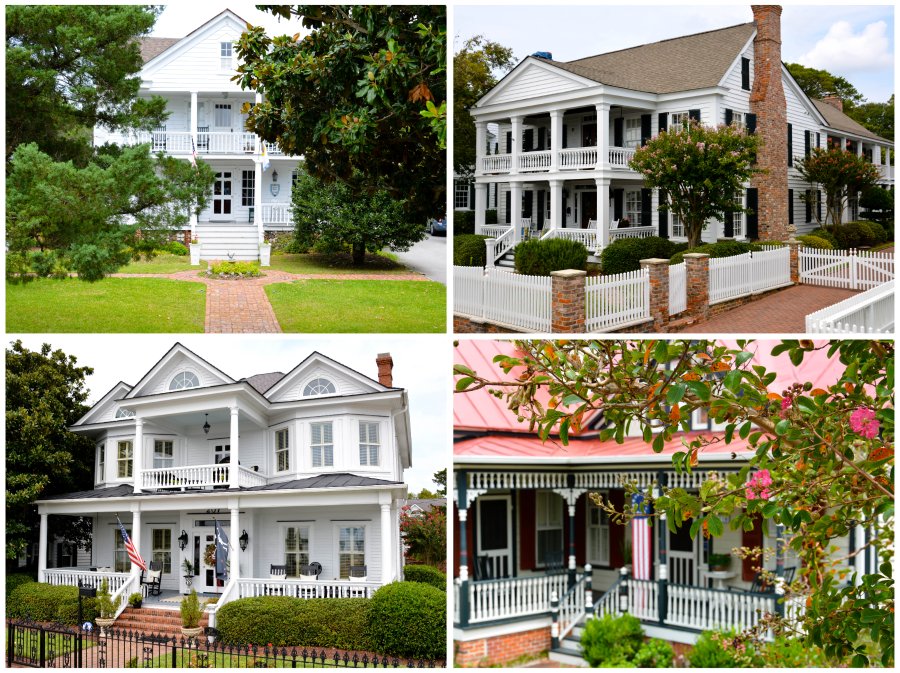 Clockwise from top left: (1) The Borden House, 1768- Mr Borden was a Quaker who could not swear oaths and therefore never held public office  (2)  The Morse House, 1771- a live cannonball was recently found here!  (3)  One of my favorite houses in Beaufort.  If I had a couple million dollars, and it was actually for sale, I would live here  (4) The Morton House, 1903

Much of the coast of North Carolina is made up of barrier islands.  Beaufort, on the mainland, is protected from the Atlantic Ocean by islands like Carrot Island and Shakleford Banks, both of which are home to wild horses.  While their lineage is not isolated to the bloodlines of the Colonial Spanish mustangs in the Outer Banks, they do share many of the same characteristics of the horses that were brought to the New World starting in the 1500s by explorers and colonists.  We were lucky enough to spot a horse from our bus! 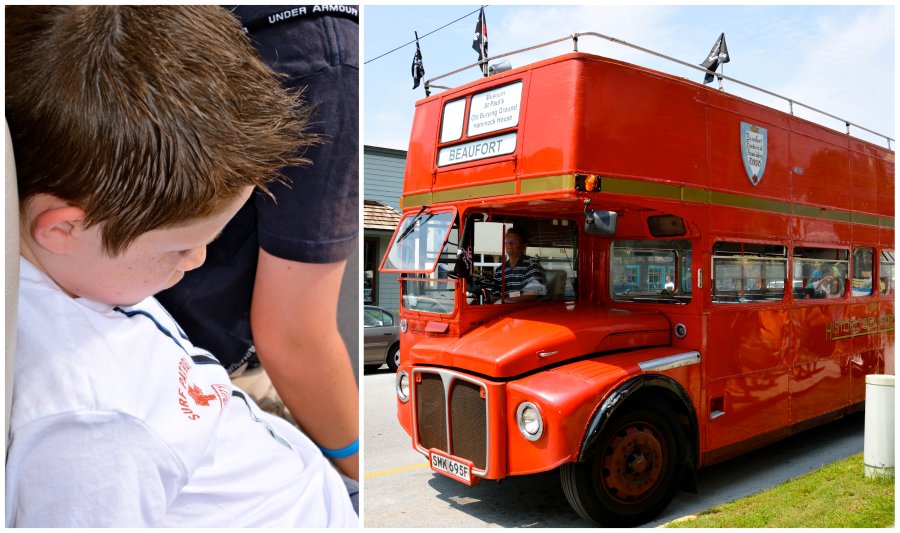 As our bus tour of Beaufort was coming to an end we realized that Ben slept through most of it; I guess playing at the beach the day before wore him out!!
Posted by Jennifer at 1:00 PM