The boys continued playing basketball through February.  It was fun seeing how much they improved over the course of the season-- and unlike other sports they've played, they enjoyed playing for the whole season! 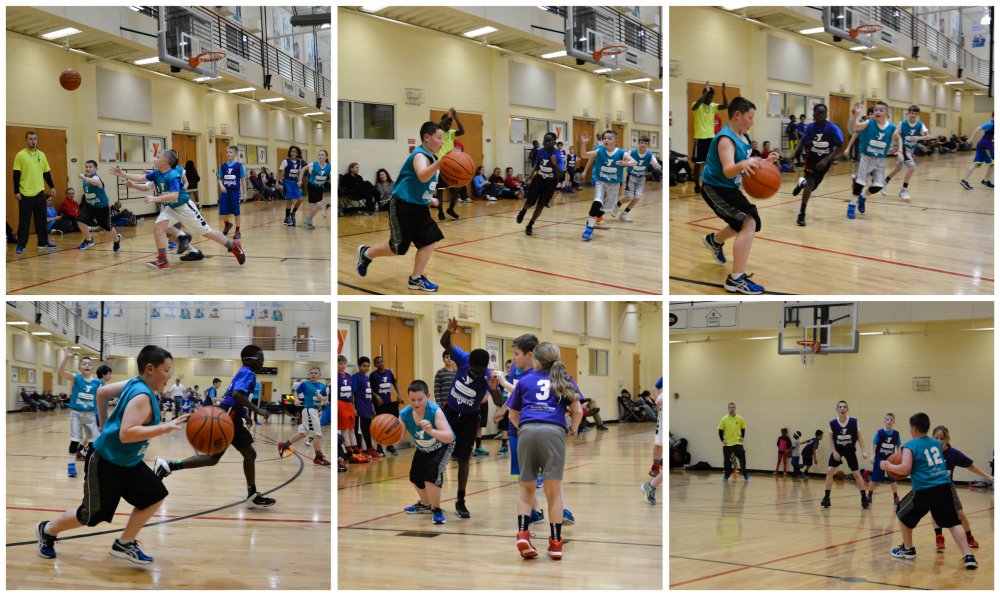 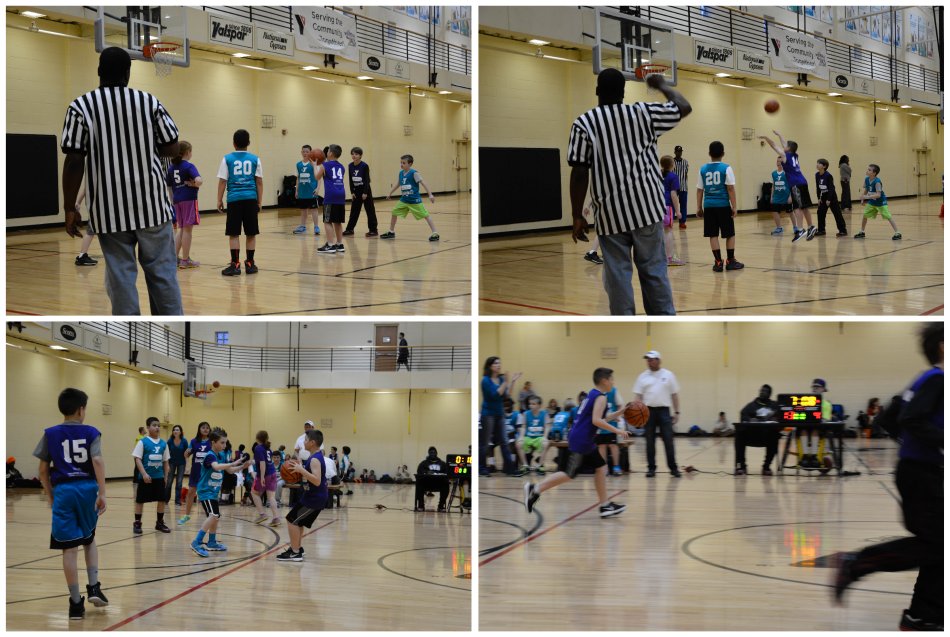 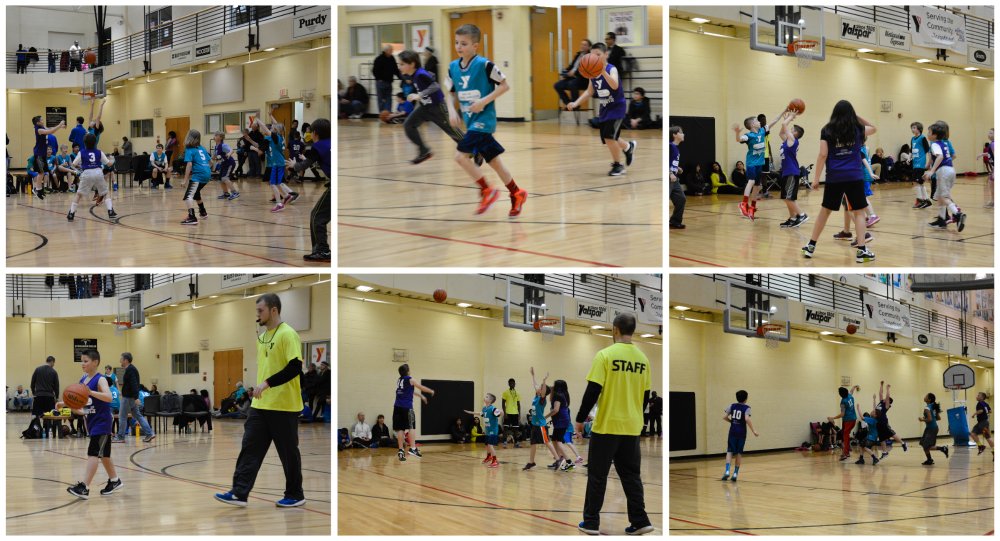 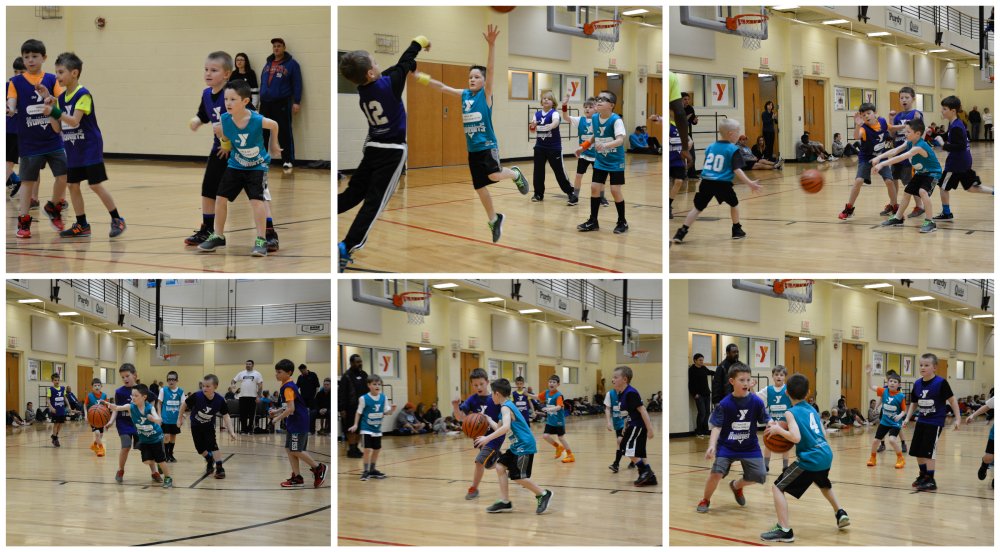 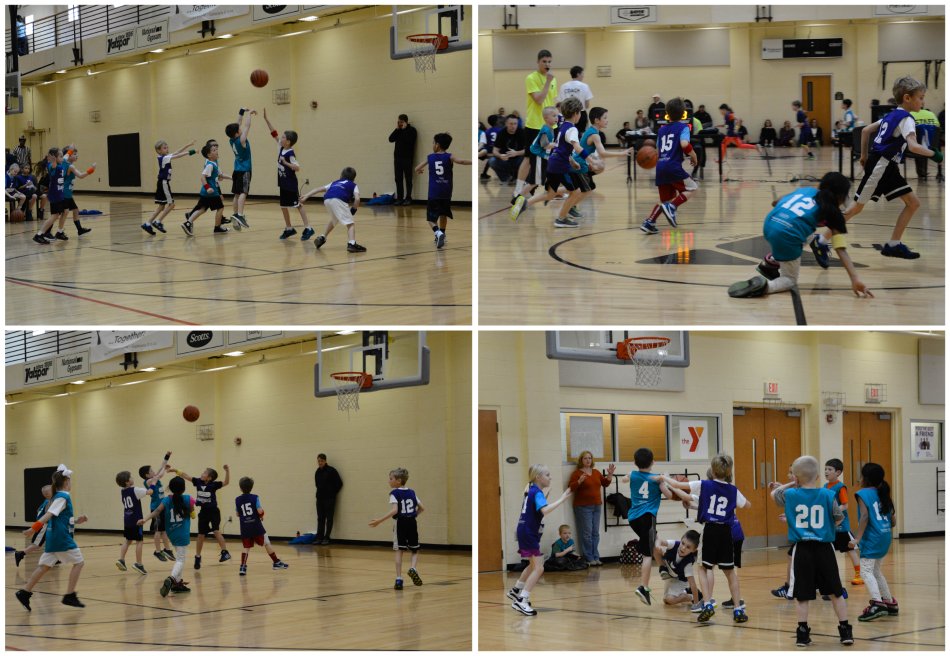 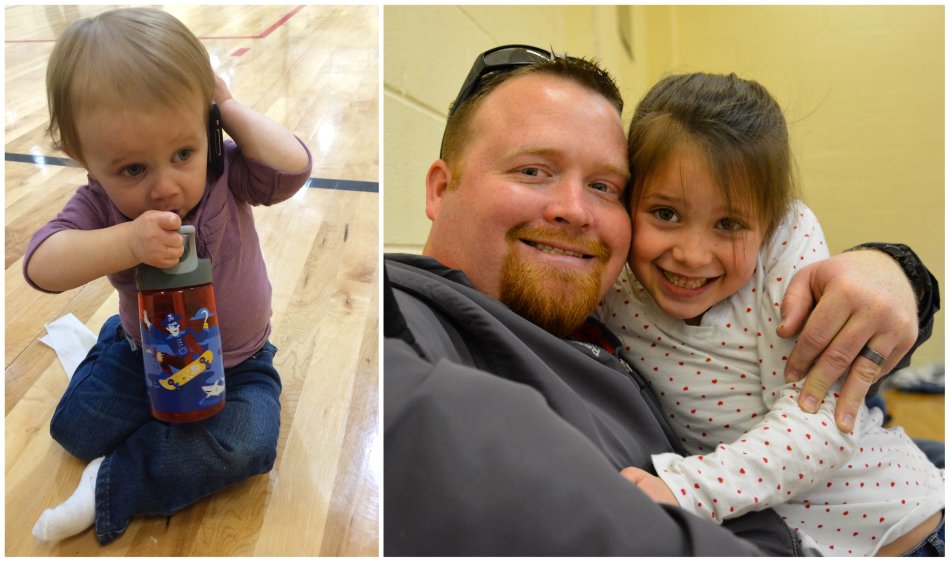 The girls were such good sports- they had to go to EVERY practice and game and never got to play.  Ellie played with whatever she could find and Lexie often got in some extra snuggles with Dad!
Posted by Jennifer at 3:00 PM