We got up bright and early Saturday morning and after a quick breakfast, hit the road for the next leg of our trip.  Since Grandma and Grandpa were going with us, we were able to split the kids into two cars and enjoy a much quieter drive on our continuation west.

You can't drive from Arizona to California without stopping at the Cabazon Dinosaurs!  It was so bright and windy that the kids could barely keep their eyes open. 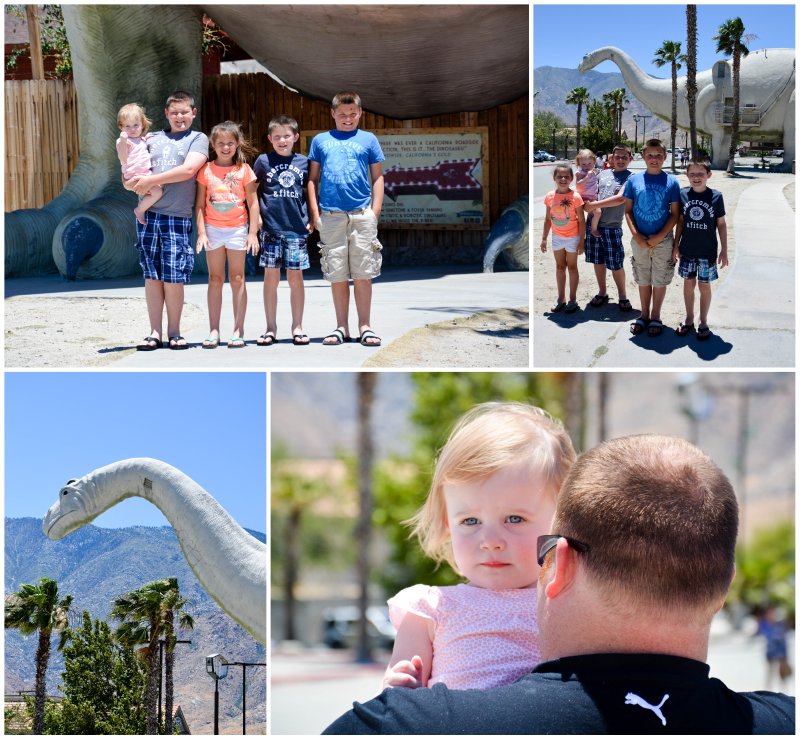 While you can pay to go up inside the T-Rex and through a museum of sorts, we just looked from the outside.  The kids thought it was pretty funny to see a couple of dinosaurs in the desert!

Our next stop of the day was In-n-Out for lunch.  While Christopher and Nicholas remembered In-n-Out from last time we were in California, it was the first time that Ben and Lexie were old enough that they'll remember it. 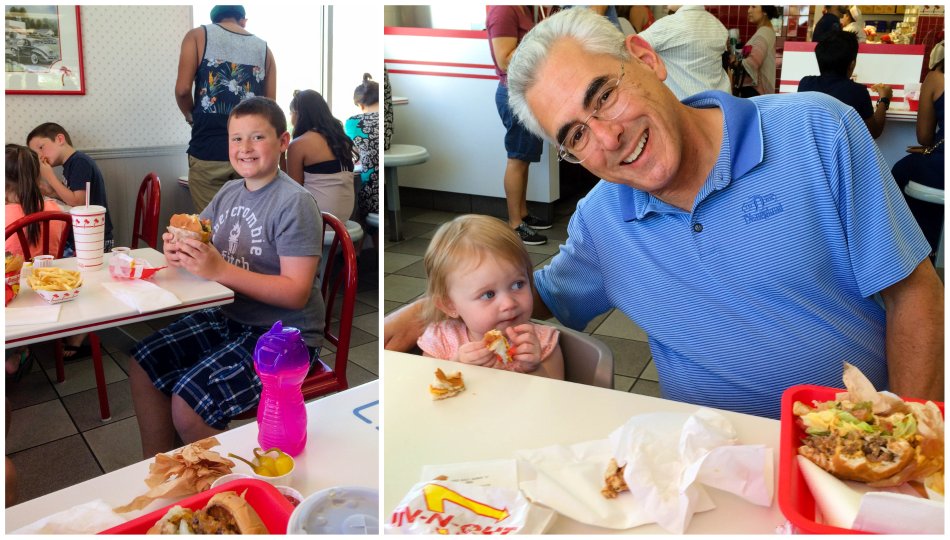 We filled up on Double-Doubles and fries before hitting the road again. 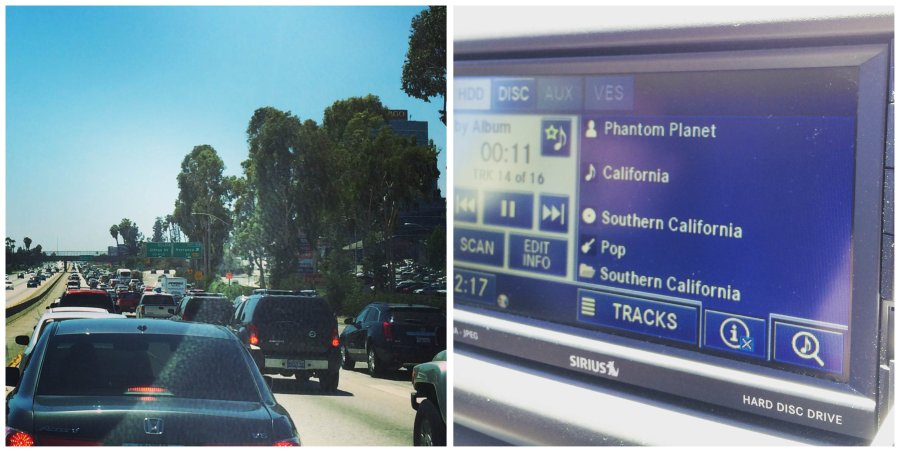 Nothing says "California" quite like traffic or the OC theme song.  :) 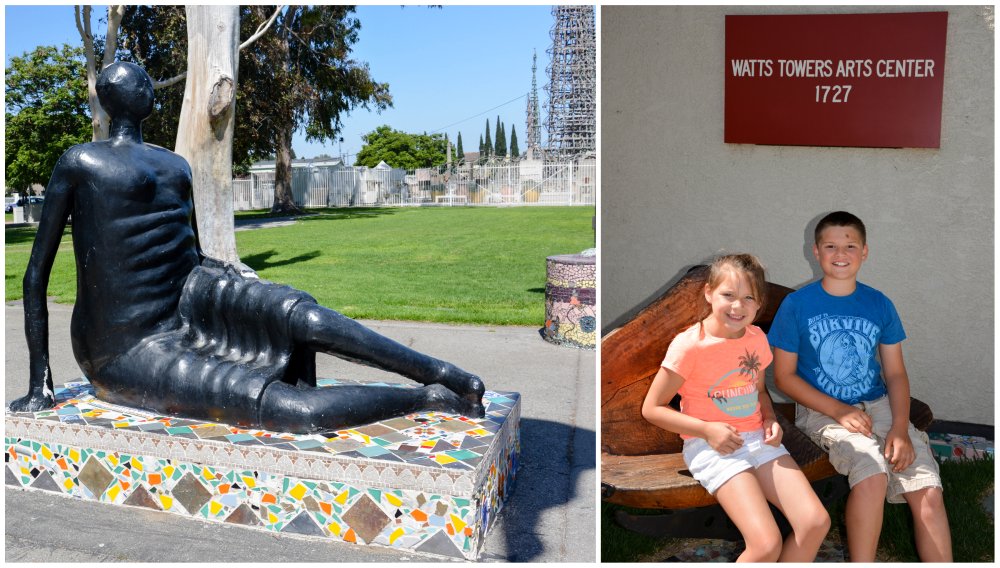 Our next stop was the Watts Towers Arts Center in Watts, better known for the 1965 Watts riots than for the beautiful towers created by Sam Rodia.  Christopher found the towers in a Roadside Americana travel book we have in our living room and added it to the list of stops for our trip. 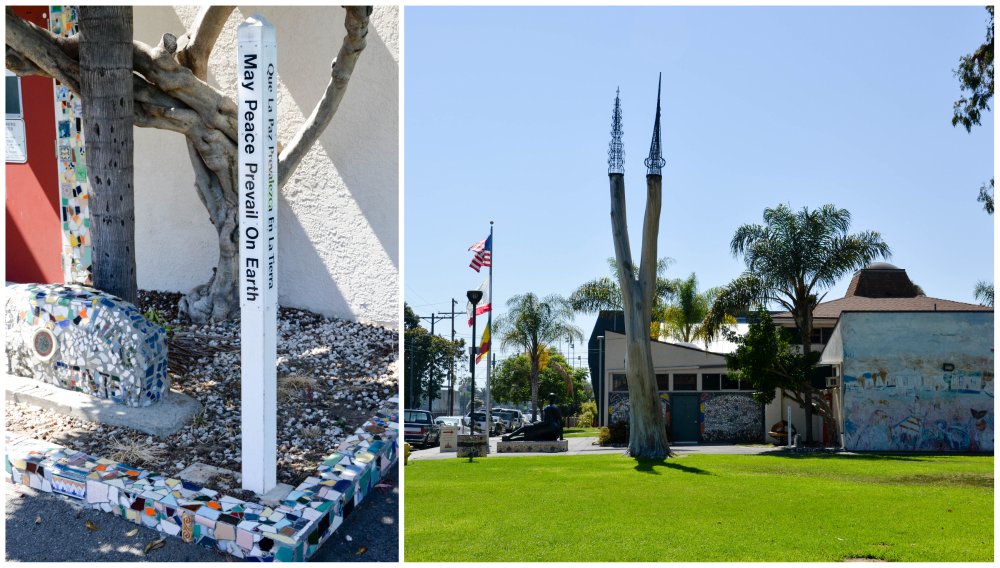 While much has changed in the fifty years since the riots, it was definitely still a sketchy part of town (we heard a few gunshots while we were there....). We nervously left our cars parked on the street and made our way into the visitors center and sadly found out we JUST missed the last tour of the day.

Luckily, you can still view the towers from outside the gate so we took our time walking around and were completely in awe of the beauty of the towers, especially given their location.

Simon Rodia, an Italian immigrant, began the towers in the 1920s and over the next thirty years, built seventeen major structures.  Each was built by hand without machine equipment or scaffolding- he literally climbed the towers as he built them and did all of the work by hand. 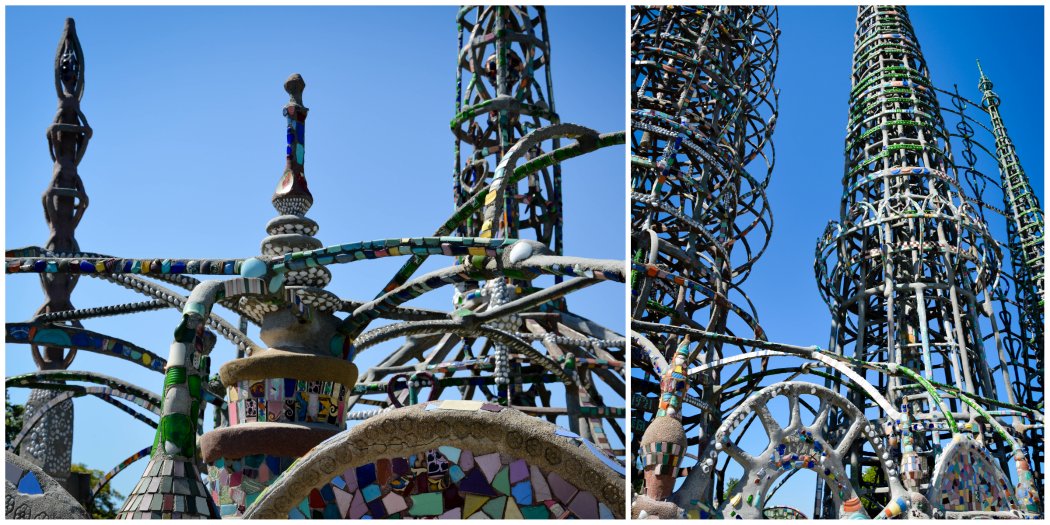 The tallest tower stands nearly 100 feet (99.5) and houses the longest slender reinforced concrete column in the world.  The structures are created from structural steel and then covered with mortar and decorated with glass, shells, and pottery. 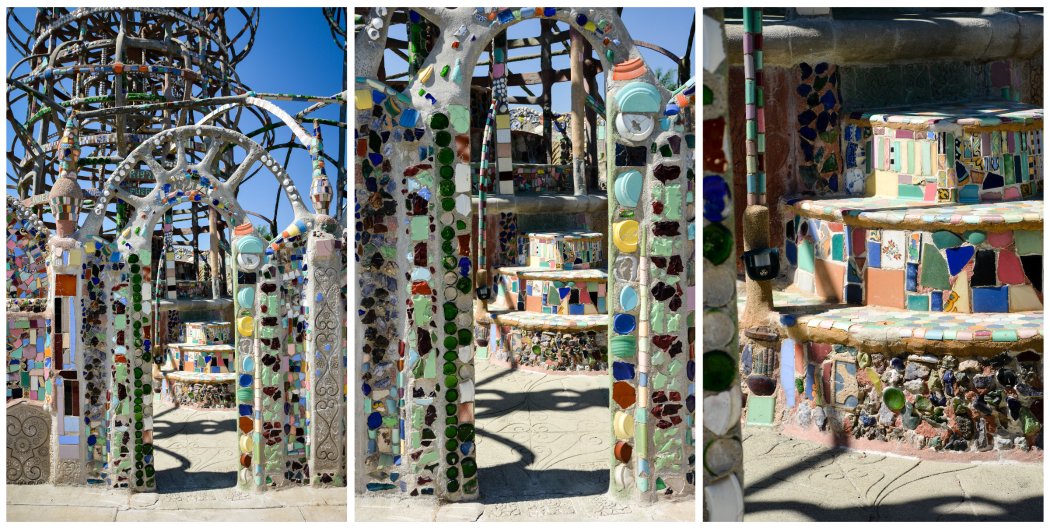 When Rodia moved from the area in 1955, the towers were deeded to a neighbor and then eventually deeded to the City of Los Angeles who currently operates and maintains the towers.  We enjoyed checking out the towers and learning about a unique aspect of Southern California history. 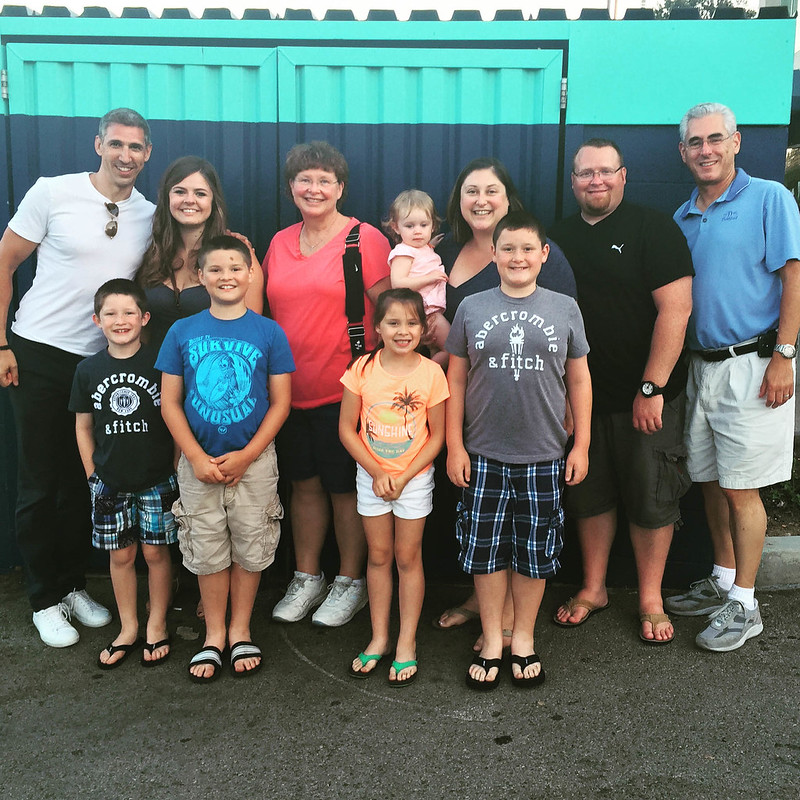 Our final stop of the day was Wahoo's Fish Taco in Pasadena with my cousin, Rick, and his daughter, Stephanie.  It was great catching up with them as we hadn't seen them since we moved to NC.  After being at Grandma and Grandpa's house for the past few days, the kids were excited to be back in a hotel again (especially since a couple of them got to stay with Grandma and Grandpa!)!