road trip day nineteen: the woods, the coast, and the city

On our first day in San Francisco we headed over the Golden Gate Bridge (the kids were impressed!) and made our way to Muir Woods National Monument.

Muir Woods, named after the great preservationist, John Muir, is one of my favorite places in the world.

We made sure to arrive early in the morning so that we would be able to enjoy walking along the lush trails in peace.

Everybody needs beauty as well as bread, places to play in and pray in, where nature may heal and give strength to body and soul alike -- John Muir, 1912. 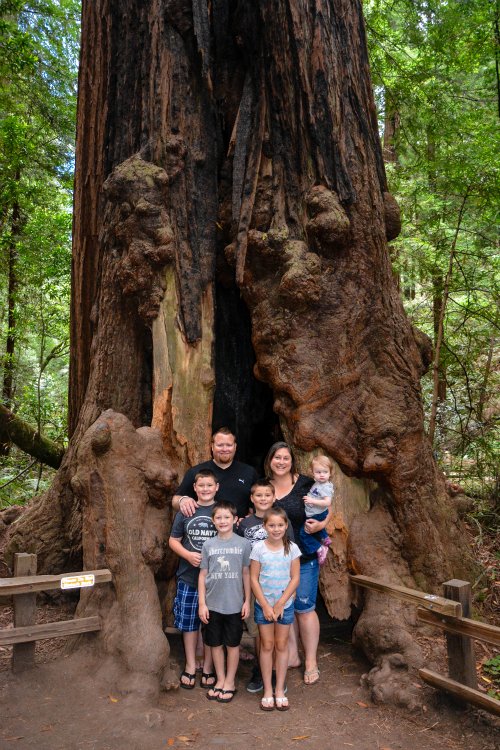 Family picture in front of a coastal redwood. 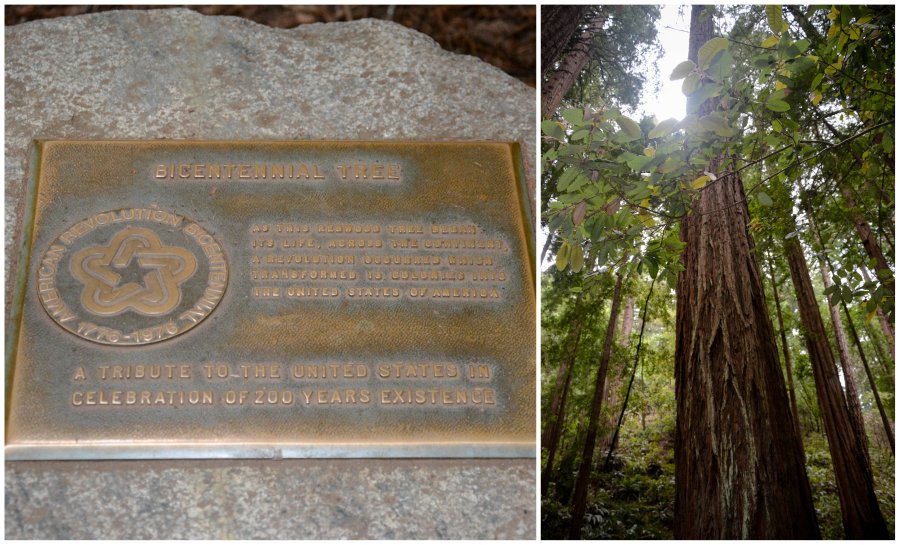 The kids were really intrigued by the bicentennial tree- while it's nowhere near the oldest tree in the park (some are nearly 1000 years old), it does have the same birth year as the United States. 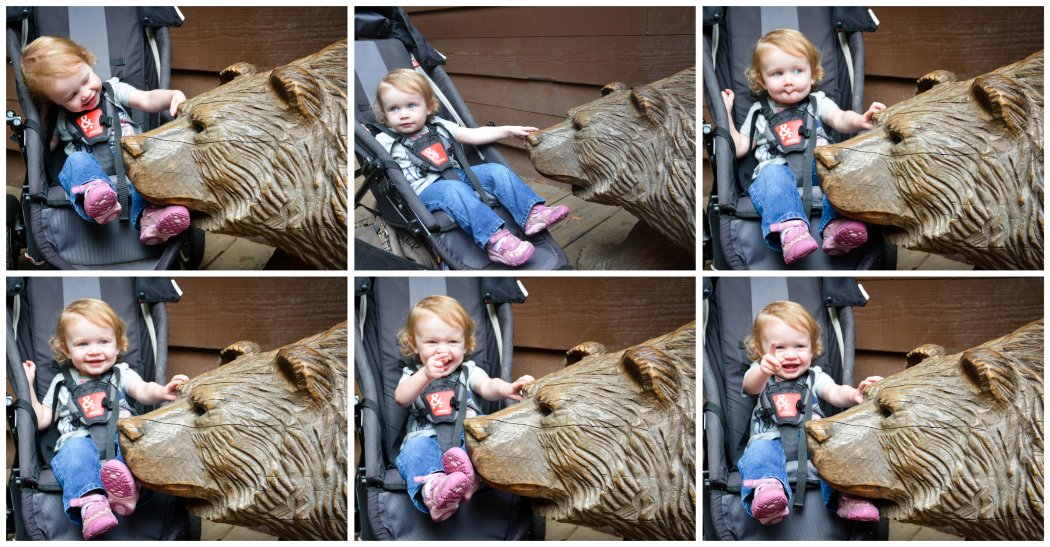 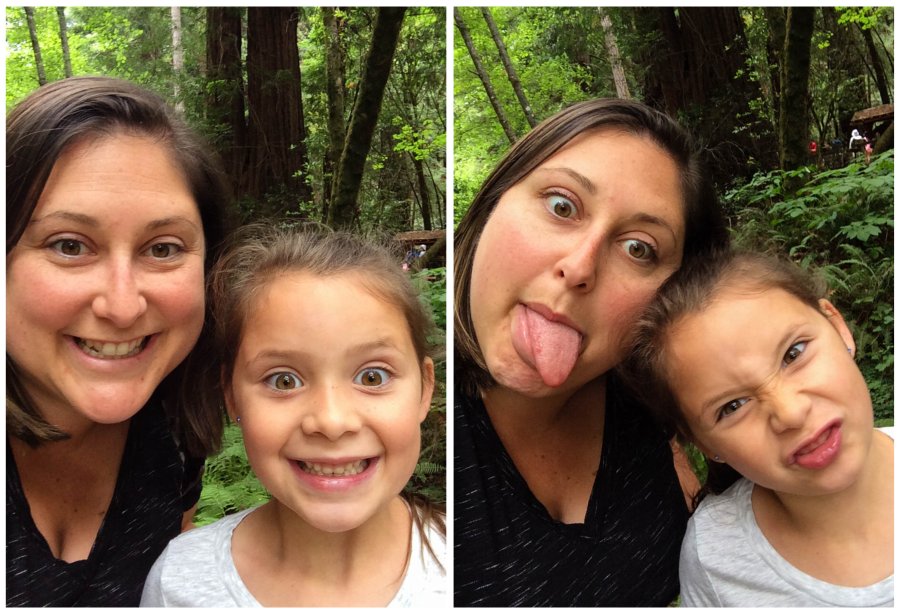 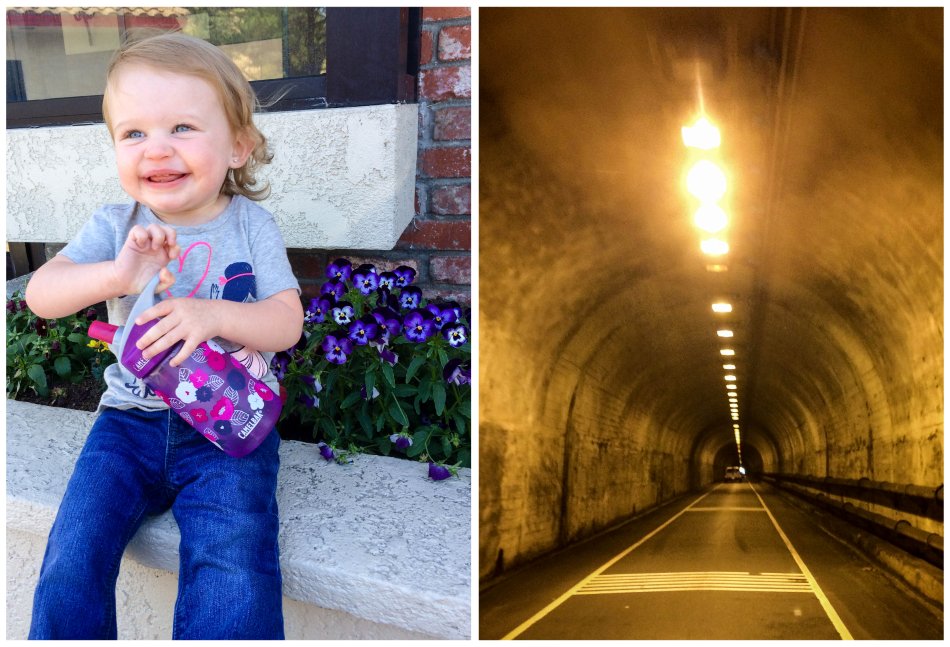 After a fun morning exploring the forest, we stopped for a quick lunch and headed to the coast- the kids were excited for the tunnel into the Marin headlands.

Foggy coastline with the Golden Gate Bridge and San Francisco behind it. 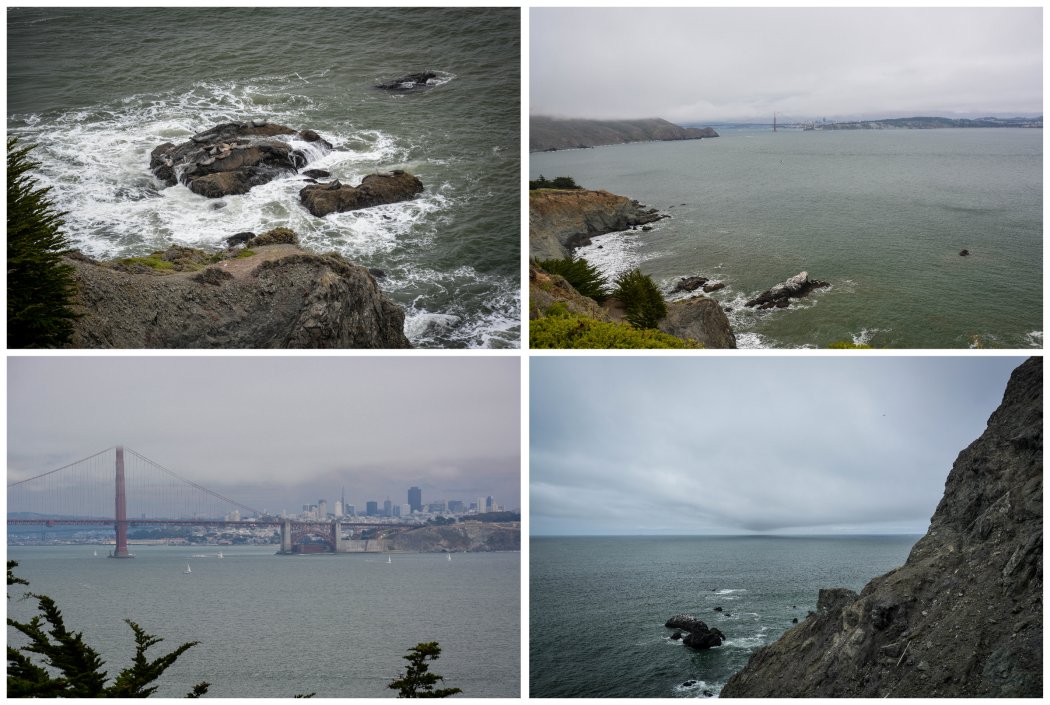 The kids loved the sea lions relaxing on the rocks below us.  As the fog lifted, it was possible to see the city lying behind the Golden Gate and a storm brewing out over the Pacific in the other direction.

The kids could barely keep their eyes open because of the glaring sun and the wind. 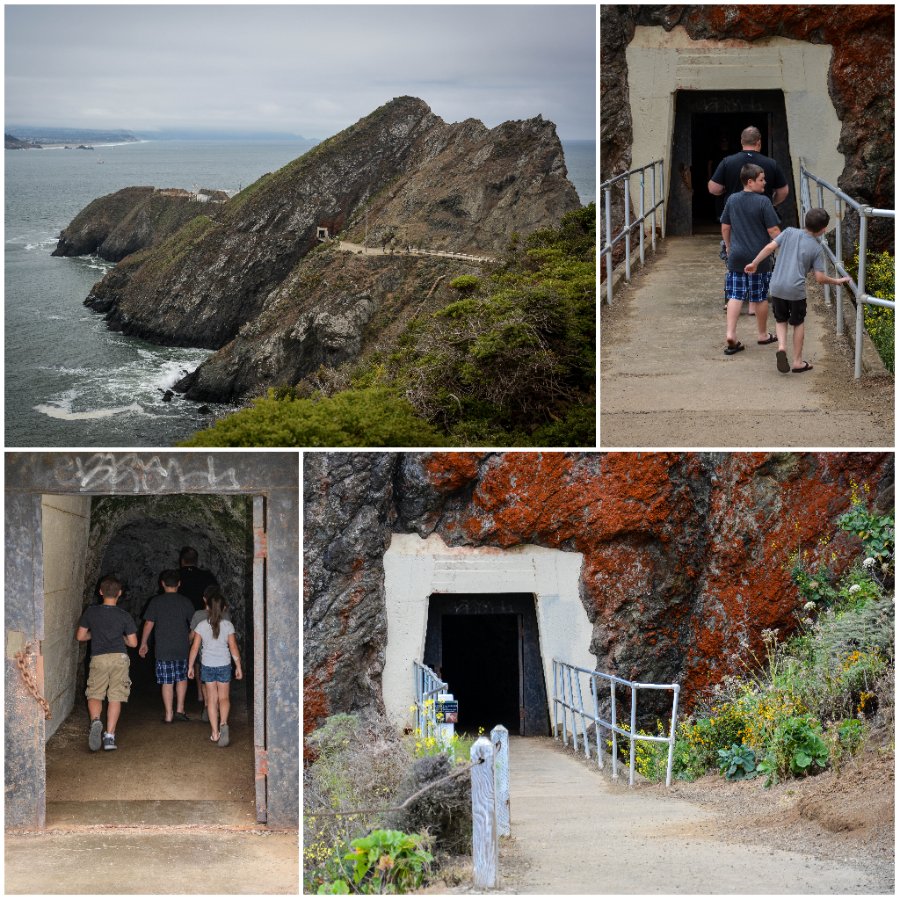 Our journey to the Point Bonita lighthouse involved a steep trail and a tunnel but we were rewarded with the prettiest lighthouse I've ever seen.

The Point Bonita lighthouse was originally built in 1855, on the highest hill in the area but this proved to be a devastating mistake.  On the east coast (where the designers were from), lighthouses need to be as tall as possible so that they can be seen over the fog.  But in the San Francisco area, the fog often starts thirty feet above ground and can extend upwards of three hundred feet, meaning that the tall lighthouse could not be seen in the dense fog, continuing the shipwrecks.  In the 1870s the lighthouse was moved to lower ground where it sits today and it still guides ships into the San Francisco Bay. 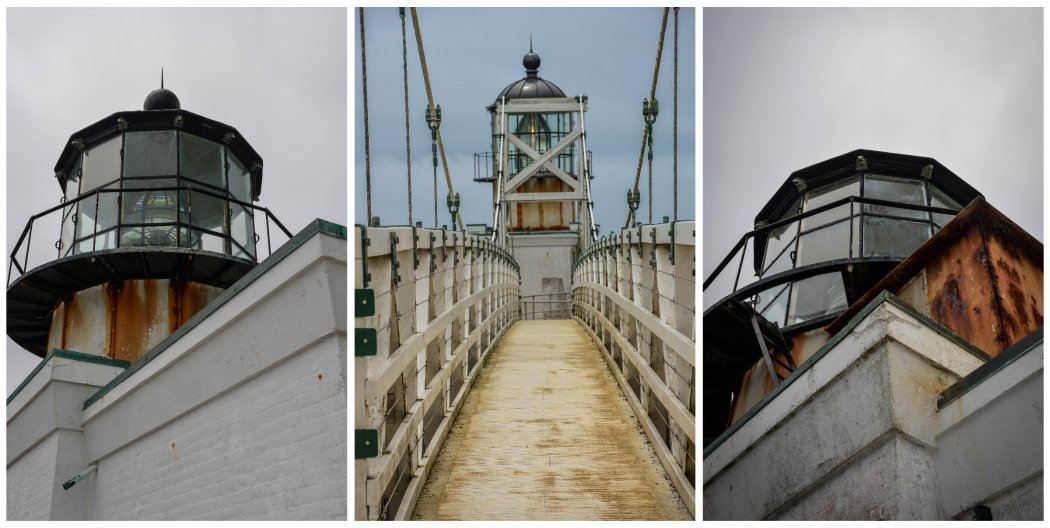 The Point Bonita lighthouse is the only lighthouse in the United States that is only accessible by suspension bridge. 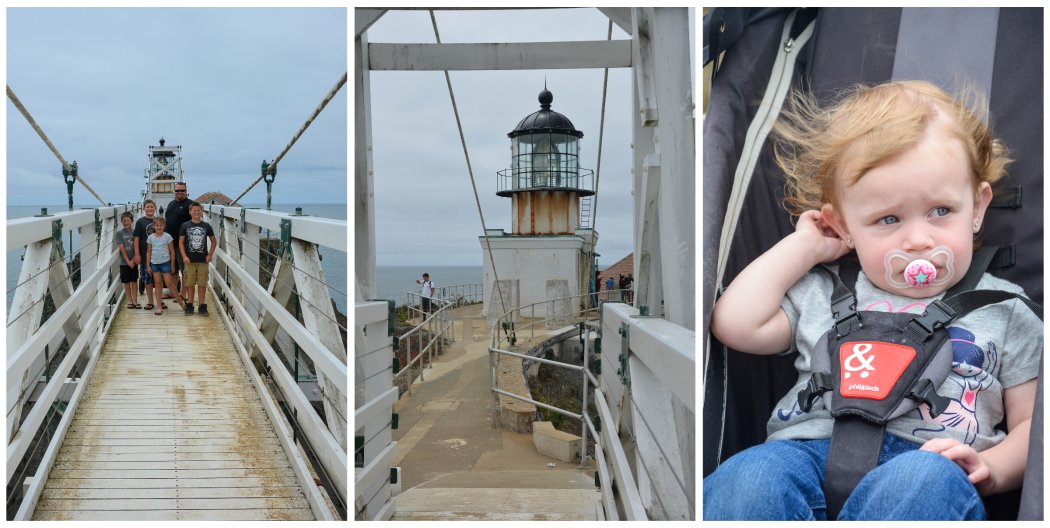 A redesigned bridge opened in 2012- though it sways in the wind, it was designed to withstand the 100mph winds that commonly occur. 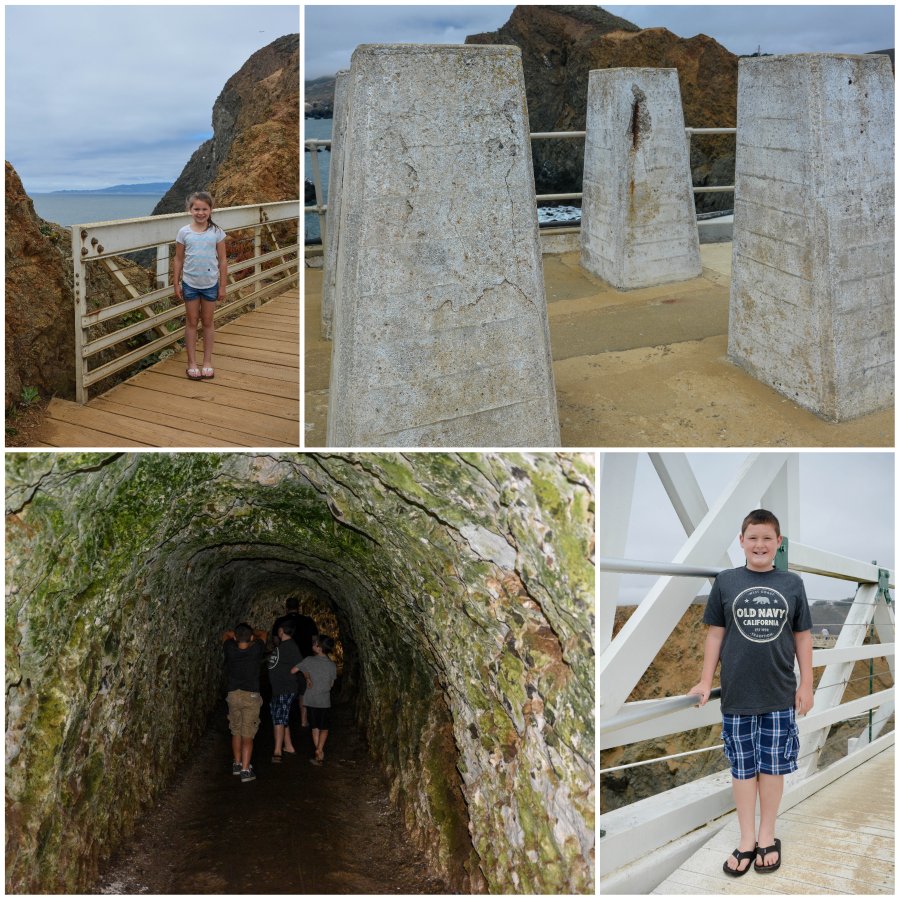 In 1876, the Chinese workers that built the transcontinental railroad tunnels in the Sierra Nevadas were brought in to hand carve a tunnel leading to the lighthouse.  Because of the proximity to the San Andreas fault line, dynamite couldn't be used and it took 6 months to carve the 118-foot tunnel by hand.

The Golden Gate Bridge and the "City by the Bay" 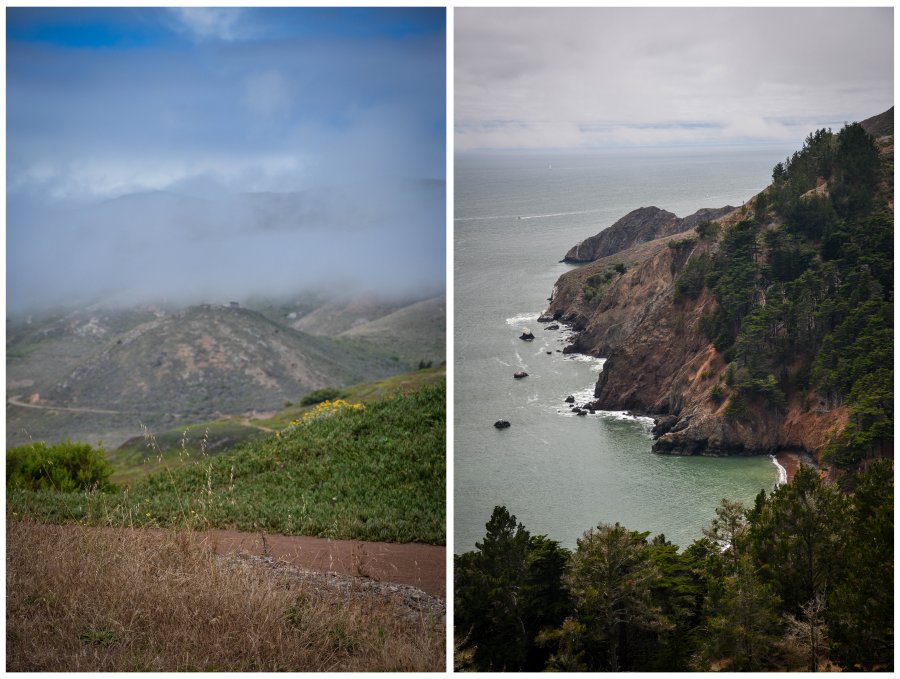 Everywhere you turned the view was incredible.

We hiked back to the van and then drove through the Marin Headlands to enjoy all the different views of the Golden Gate Bridge.

It's amazing to watch the fog roll in over the city but every once in awhile, you'll catch a break in the fog and be treated to one of the most impressive skylines in the country. 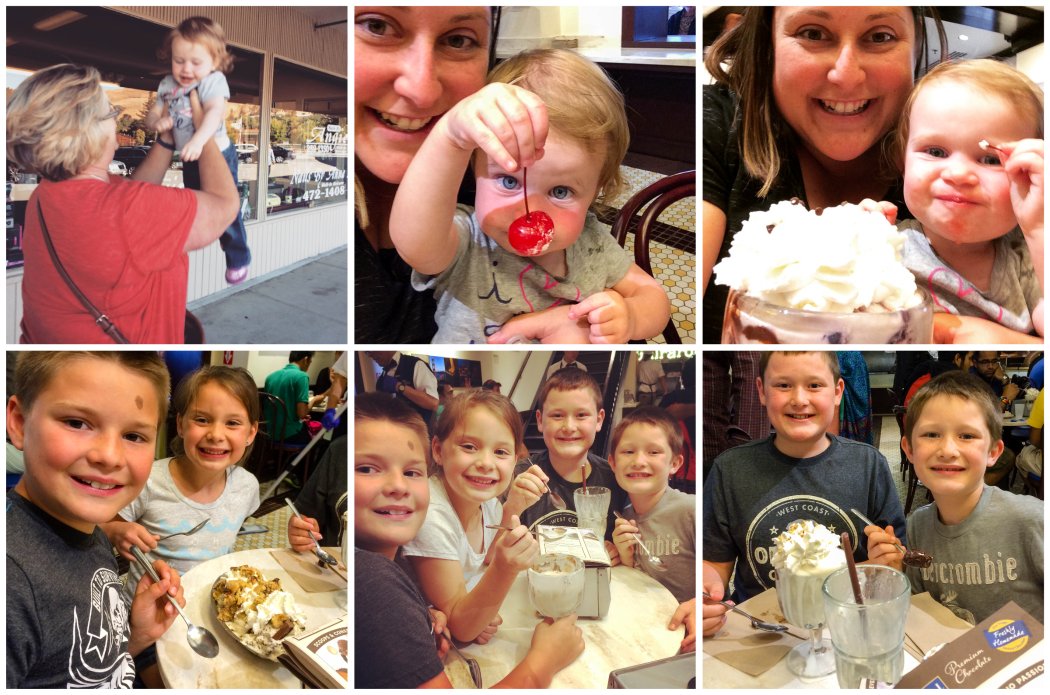 We met Eileen (my "other mother"-- a family friend of my parents' from college) for pizza in San Rafael.  It was great to catch up with her!  Then we made our way across the bay and back into San Francisco for ice cream at Ghirardelli Square.  We ordered sundaes to split and then hunted down a table that would seat all of us.  The waitress brought out a sundae and a milkshake to enjoy while we waited for our order (I'm assuming they were a mistake order and it was better to give it away rather than throw it away!).

We crossed the street and bought cable car tickets and joined the line (only about 45 minutes long!).  There was a gentleman providing musical entertainment and the kids had a blast dancing. 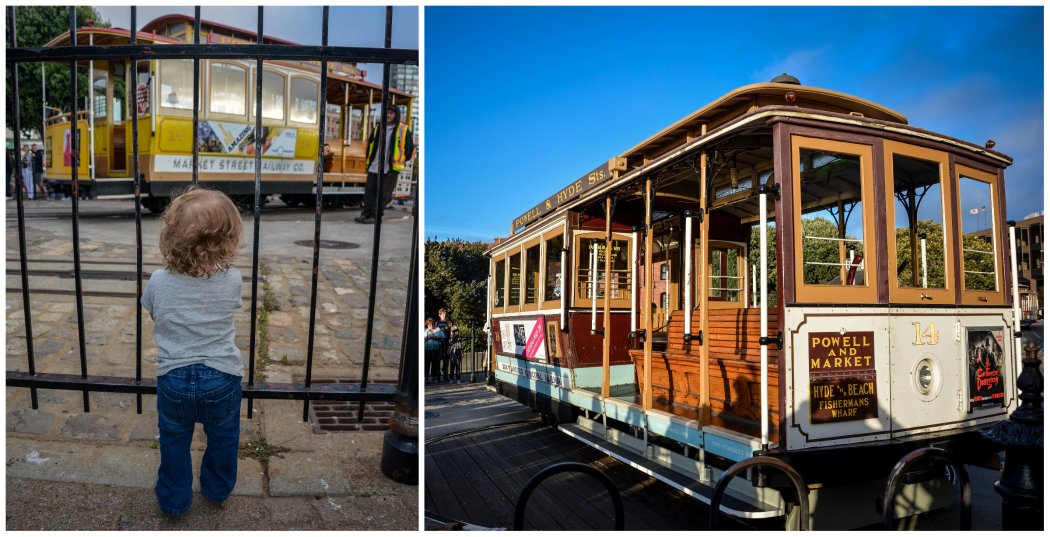 Ellie LOVED watching the cable car turnaround at Hyde and Beach-- she would clap for each one! 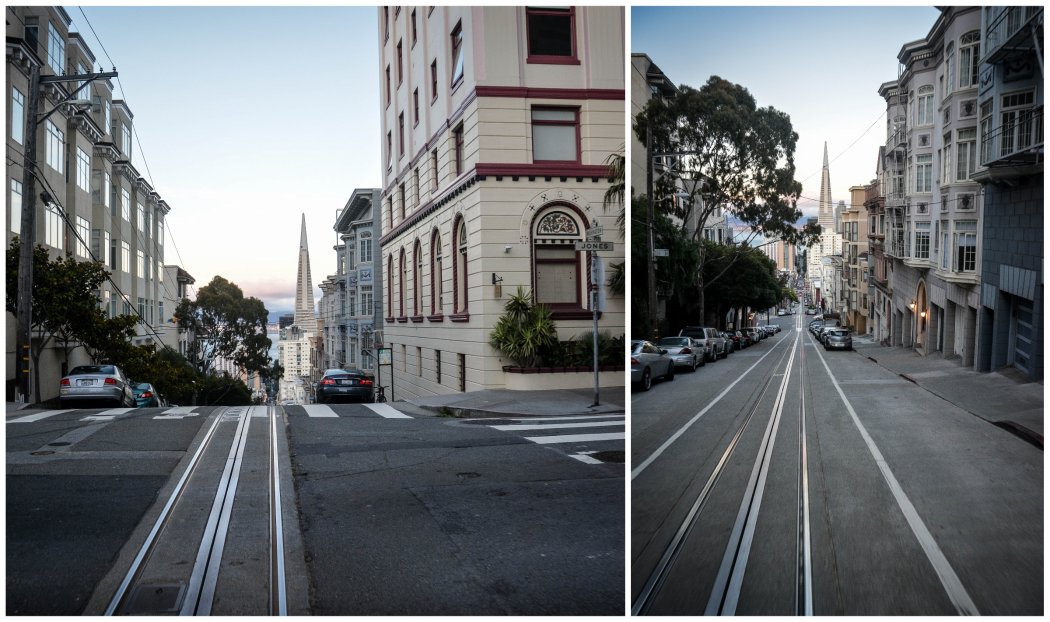 Heading towards the Transamerica Pyramid

The streets of San Francisco 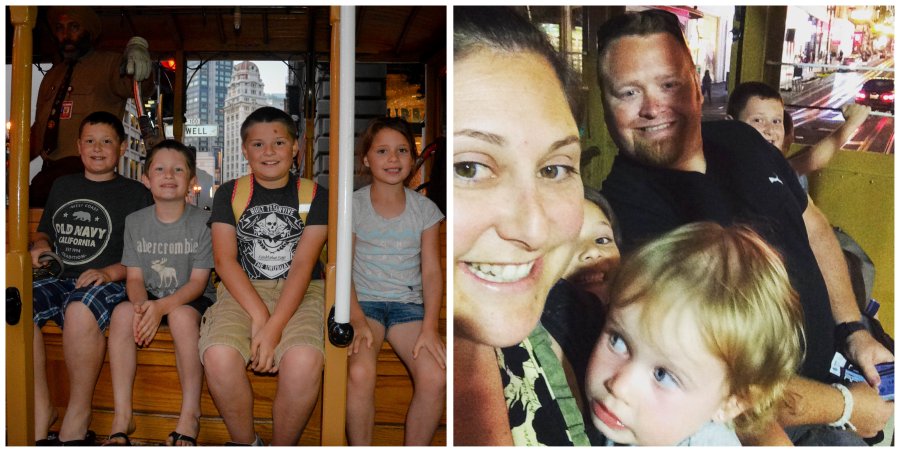 Everyone had a great time riding the cable car :) 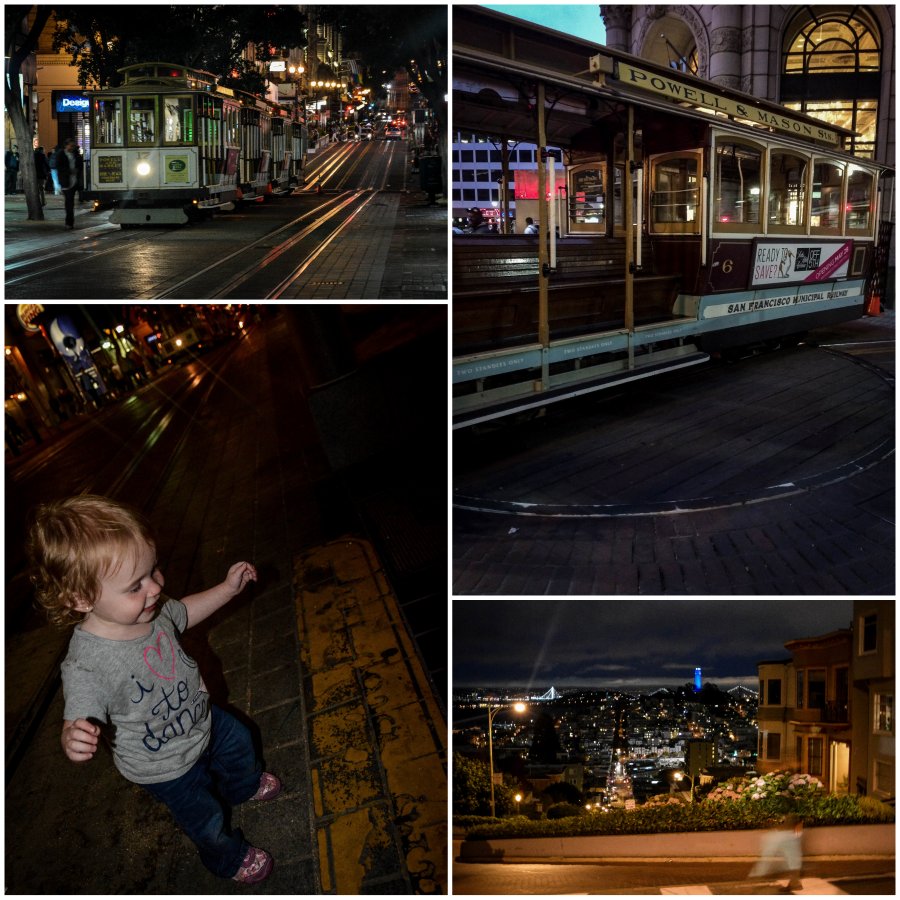 We got off at Powell and Market and hopped back into line to ride it back down to our car at Ghirardelli Square.  You can't visit San Francisco without taking at least one ride on an iconic cable car-- it was an adventure that the kids talked about for days!