road trip day twenty: disney, the wharf and the rock 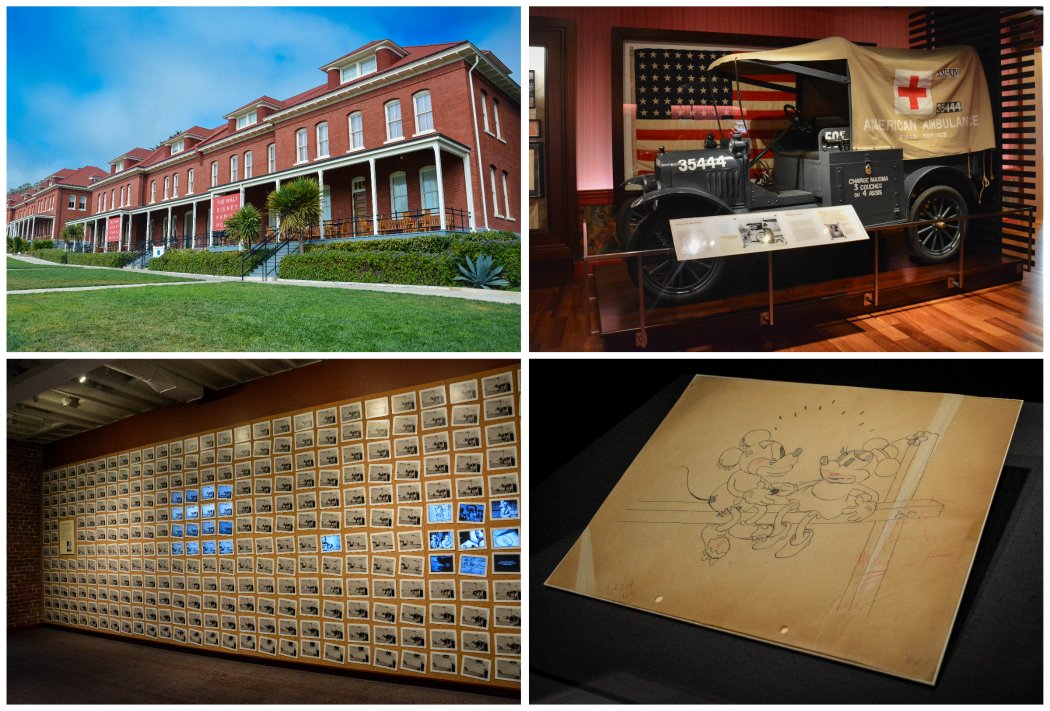 Our second day in San Francisco began at the Walt Disney Family Museum in the heart of the Presidio.  While we already knew a great deal of Disney history, we learned quite a bit at the museum.  The kids were surprised to discover that Walt Disney tried to enlist in the Army during WWI but was too young; he joined the American Ambulance Corp and was sent to France but arrived just as the war ended.  They were also amazed at how many individual drawings were required to animate a scene (15 seconds of Steamboat Willie). 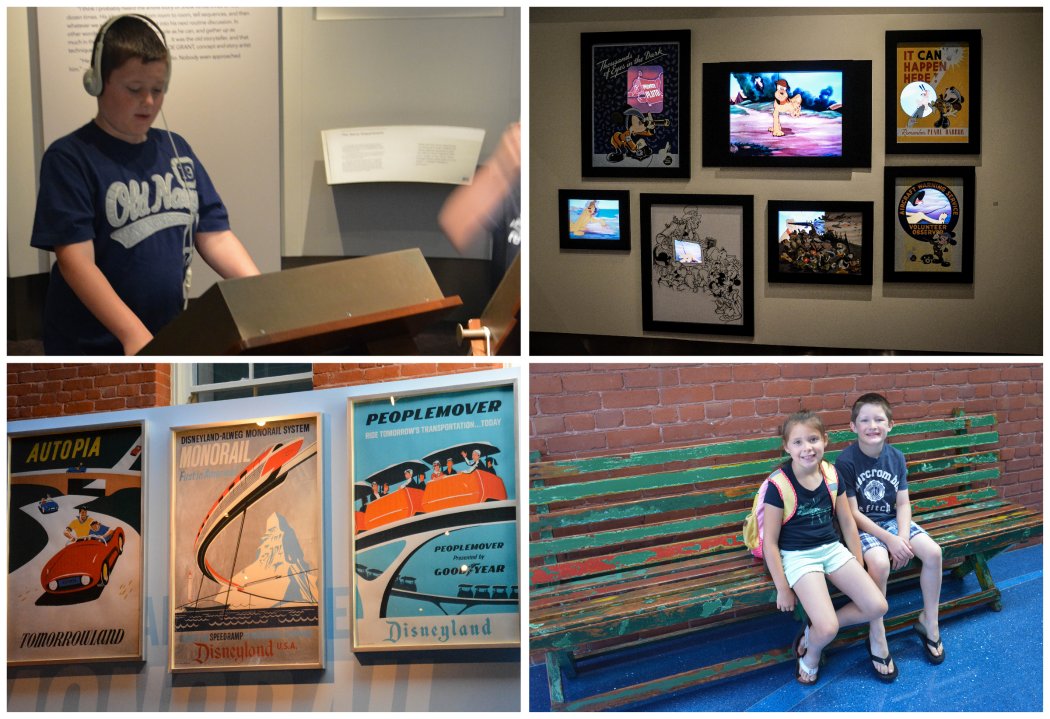 The museum had great interactive exhibits and the kids enjoyed trying their hand at creating Silly Symphonies.  During WWII, the Disney company produced training films for the military as well as public service and morale boosting shorts and they did it all at cost (not for a huge profit like other companies).  Vintage artwork could be found all over the museum.  Ben and Lexie thought it was pretty cool to sit on the actual bench from Griffith Park that Walt sat on many times while coming up with the idea for Disneyland. 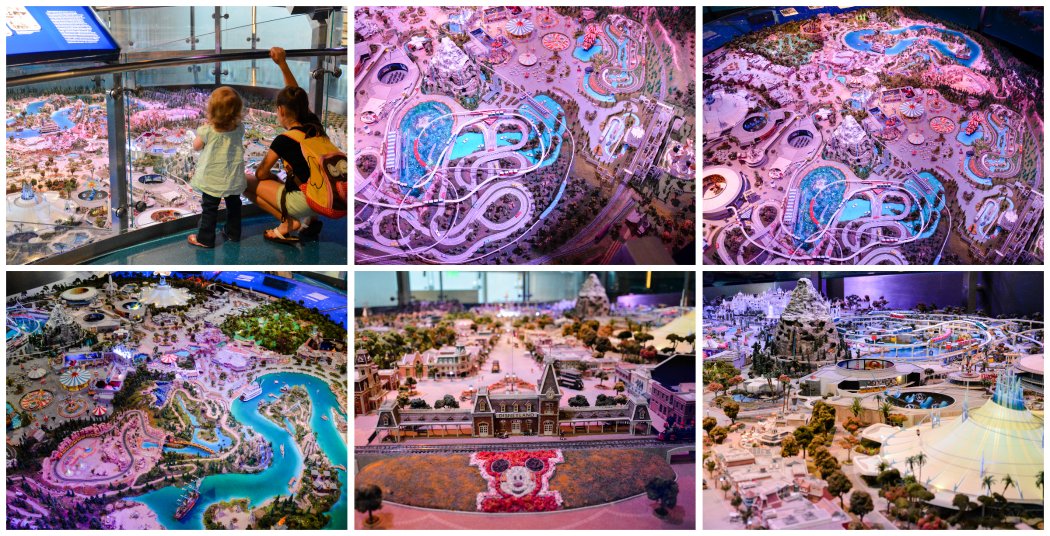 The 13-foot model of the "Disneyland of Walt's Imagination" was easily the highlight of the museum.  We all enjoyed looking for our favorite attractions and seeing which ones had been changed or added as well as the ones that never came to be.  Nick especially loved the original Space Mountain concept that was both an indoor and outdoor coaster.

You can dream, create, and build the most wonderful place in the world.  But it takes people to make the dream a reality -- Walt Disney 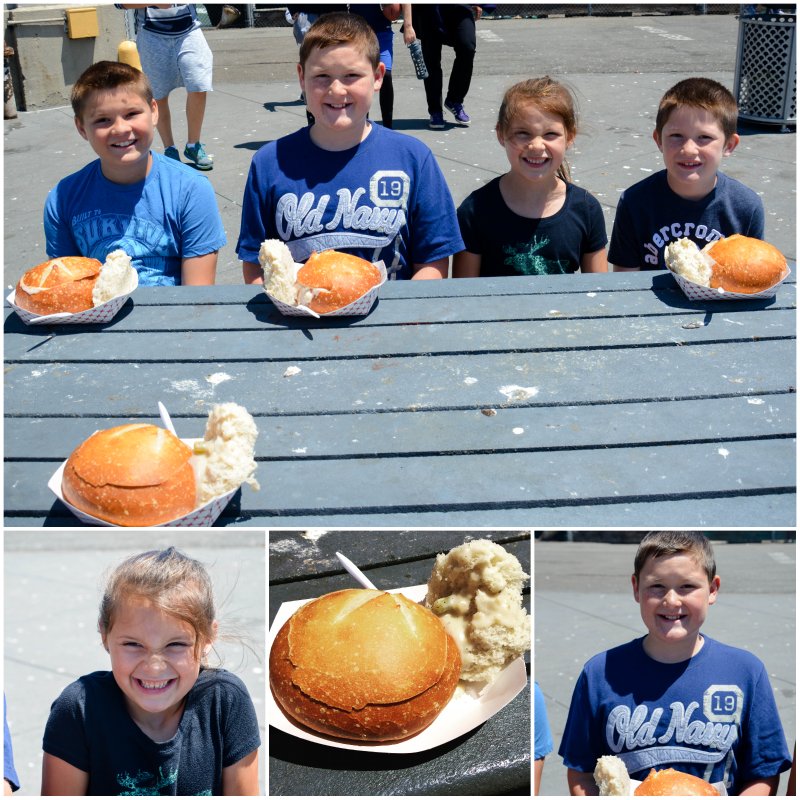 Our next stop was Fisherman's Wharf for lunch.  You can't go to San Francisco and not get clam chowder in a sourdough bread bowl!  We sat at the tables by the water and a couple of homeless people provided (totally obscene) humor for our table-- luckily it inspired a conversation on how to act in public! 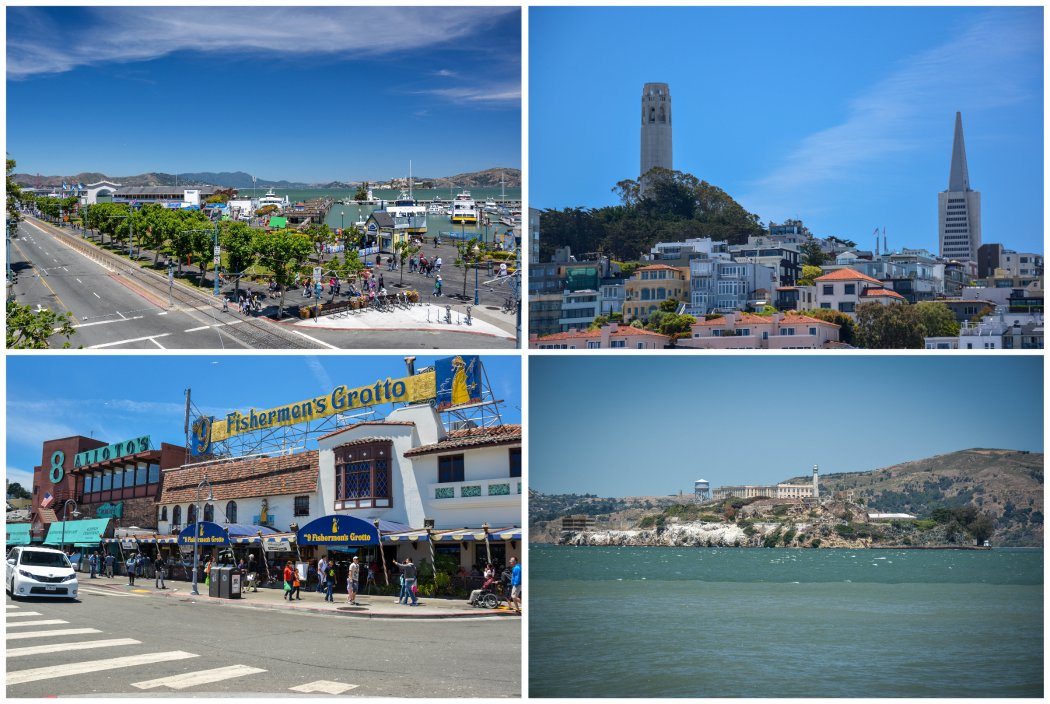 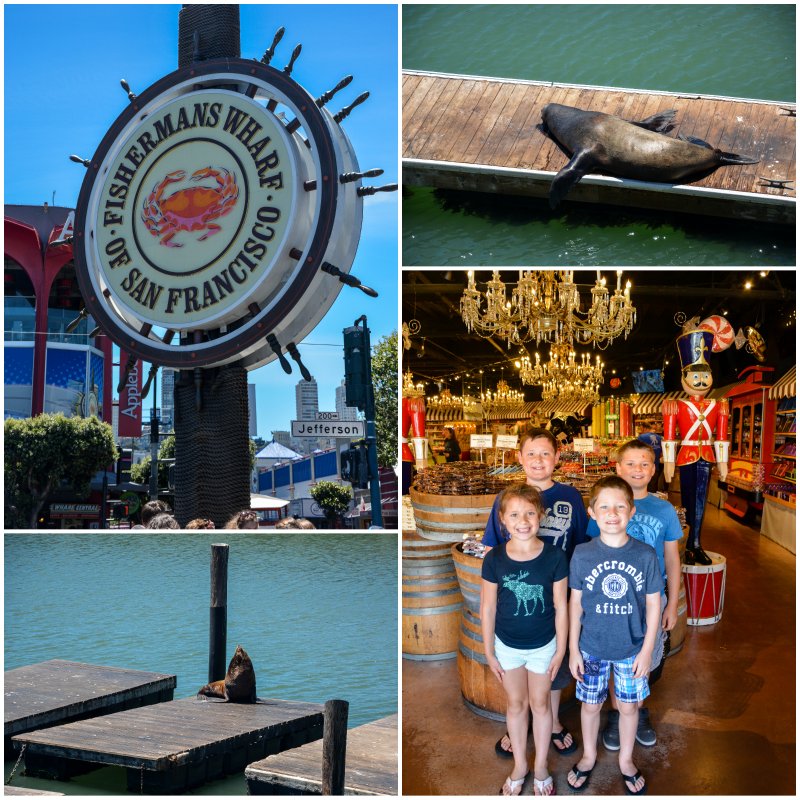 We walked through the shops at Fisherman's Wharf on our way to Pier 39.  As a child, I loved going to the "Candy Barrel" to pick out saltwater taffy but it has since closed.  Luckily, there was a VERY similar store and the kids had fun picking through the barrels of candy.  We continued shopping (or browsing) through Pier 39 and checked out the sea lions.  We didn't realize that they're usually gone in the summer (they travel to Southern California to rear their young) so we only saw two. 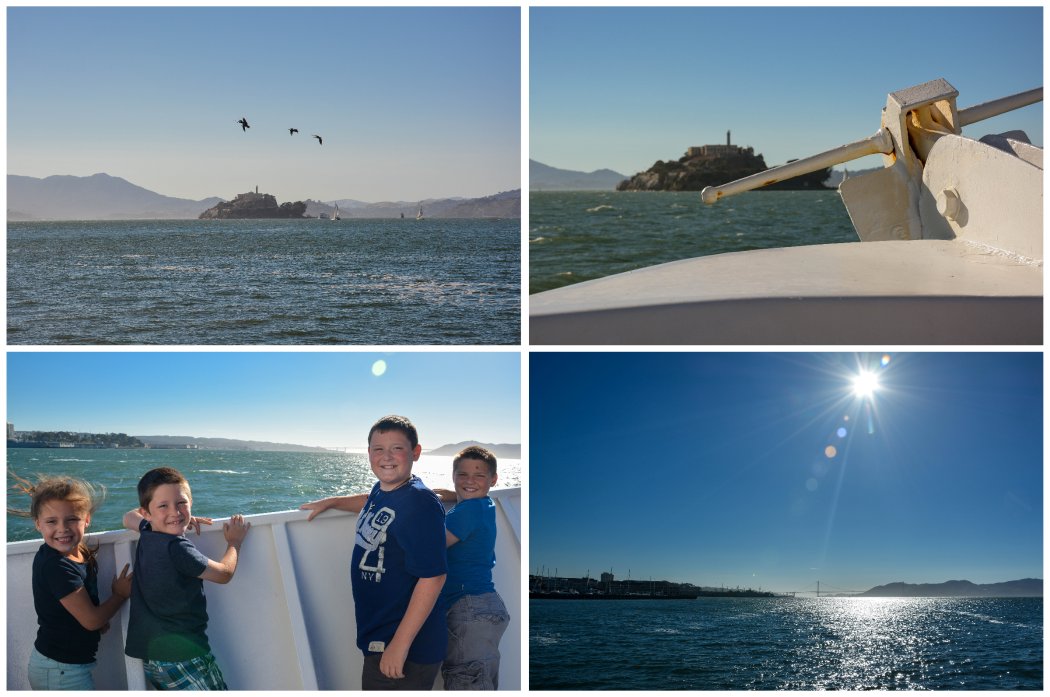 We booked tickets to Alcatraz wayyyy in advance (90 days out!) so that we could ensure we'd get to do the night tour.  Everyone wanted to stand on the outside of the boat so that they had a better view which worked well for me since I wanted to take pictures! 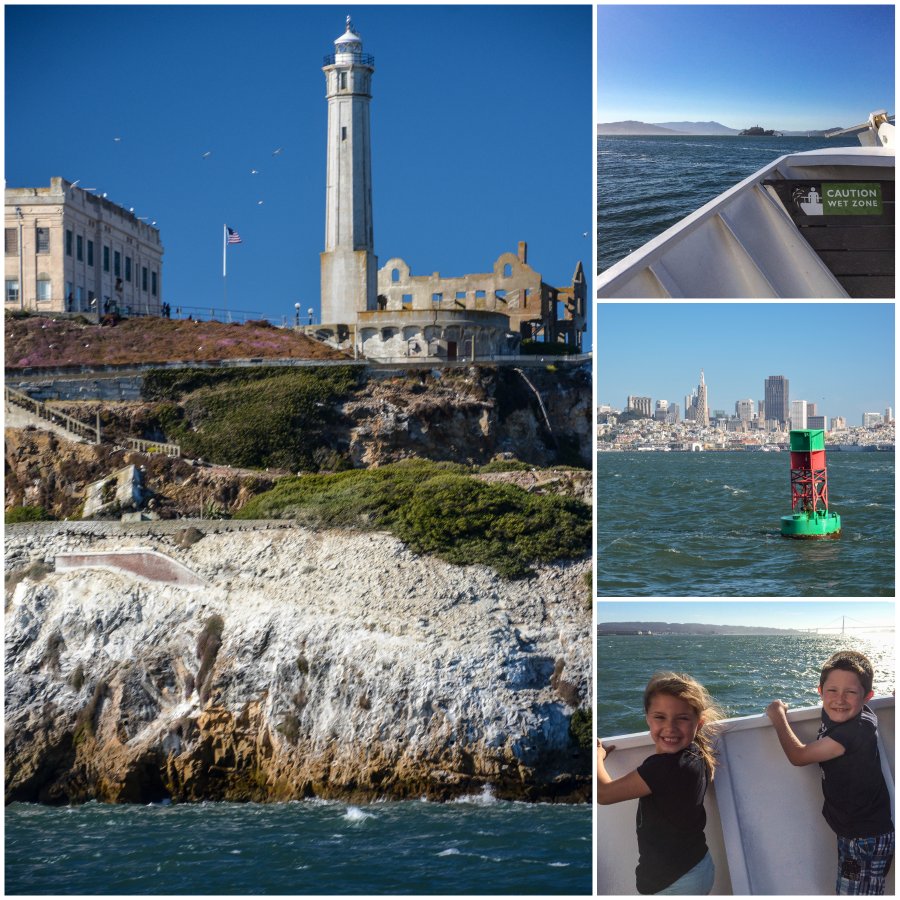 The downside to standing outside is that you can get pretty wet-- the kids didn't seem to mind at all!  We were treated to a gorgeous boat ride to the island and none of the typical San Francisco fog! 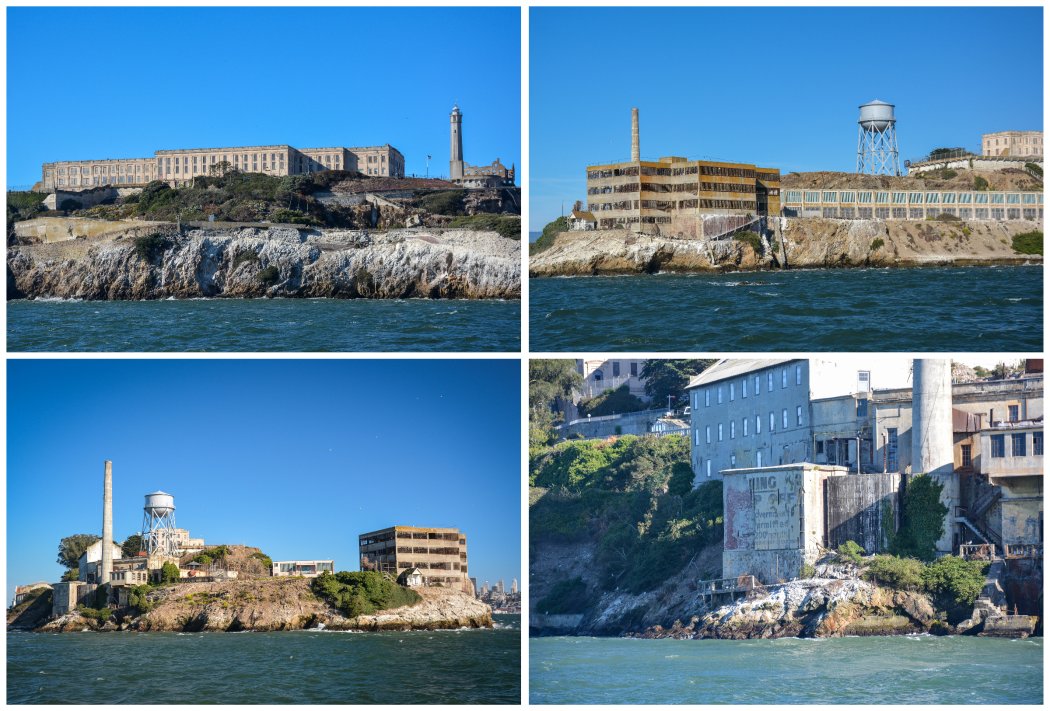 Making our way around "The Rock" on a narrated tour around the island. 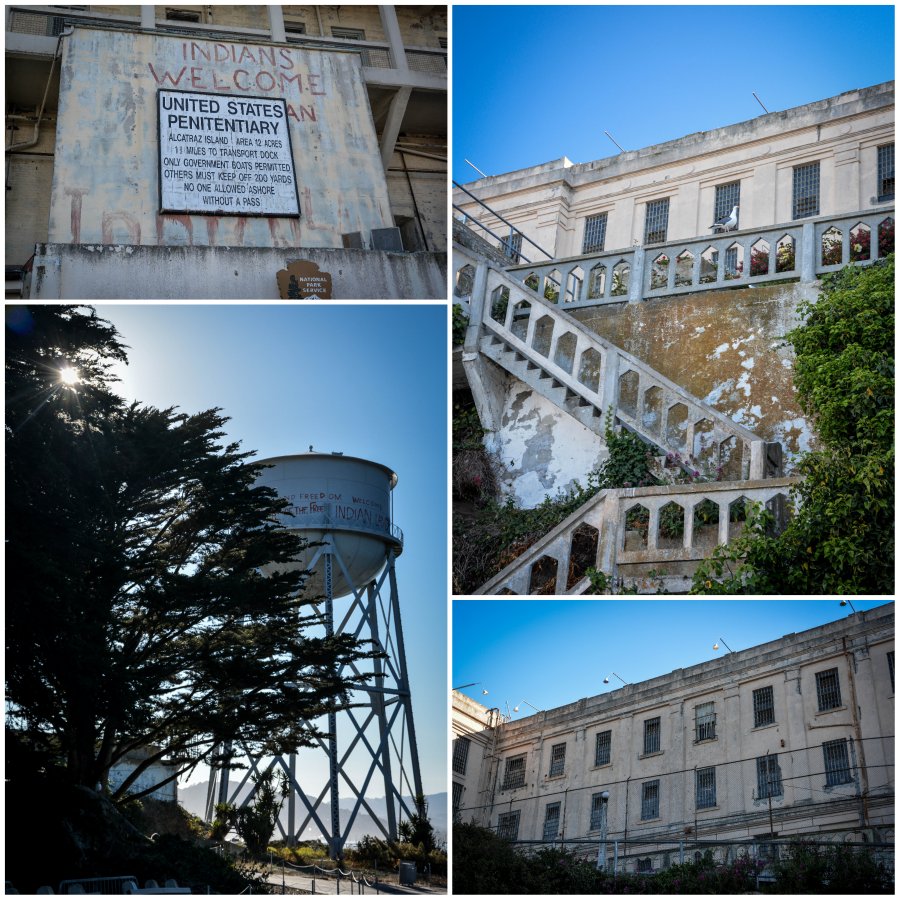 When we arrived at Alcatraz, we disembarked in small groups (30-50) for the beginning of the tour.  One of the biggest perks of the night tour is that tickets are very limited so there are hardly any people on the island (and it's completely cleared before the night tour begins). 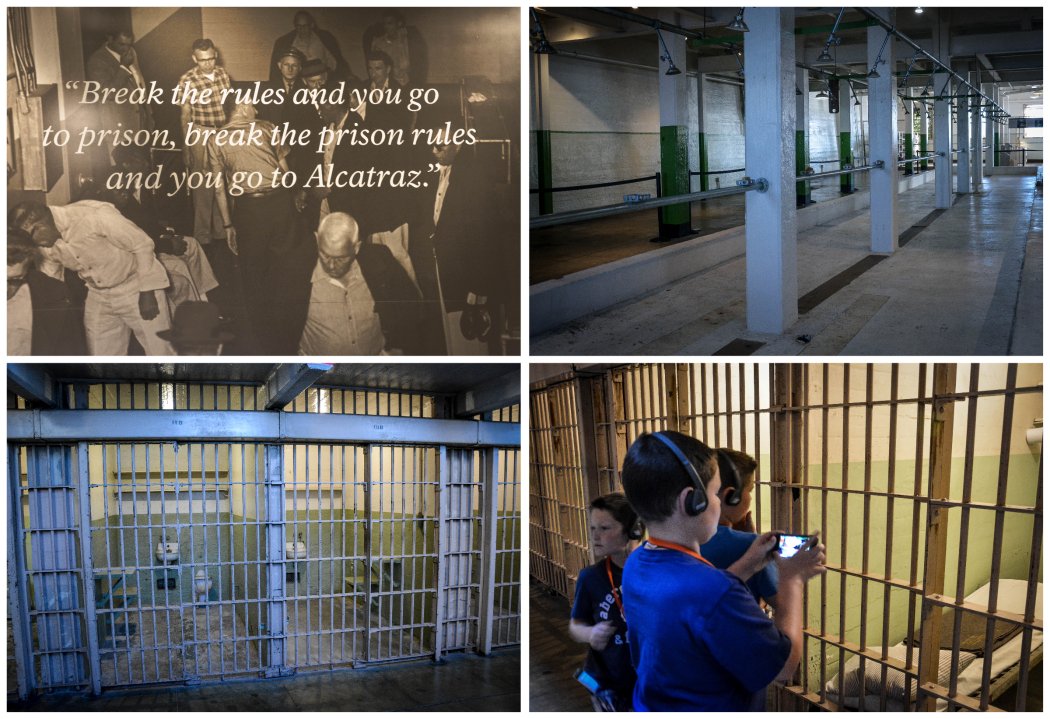 The night tour still includes the audio presentation which gives a great overview of one of the most notorious federal prisons in American history that housed the likes of Al Capone and the "Birdman" of Alcatraz. 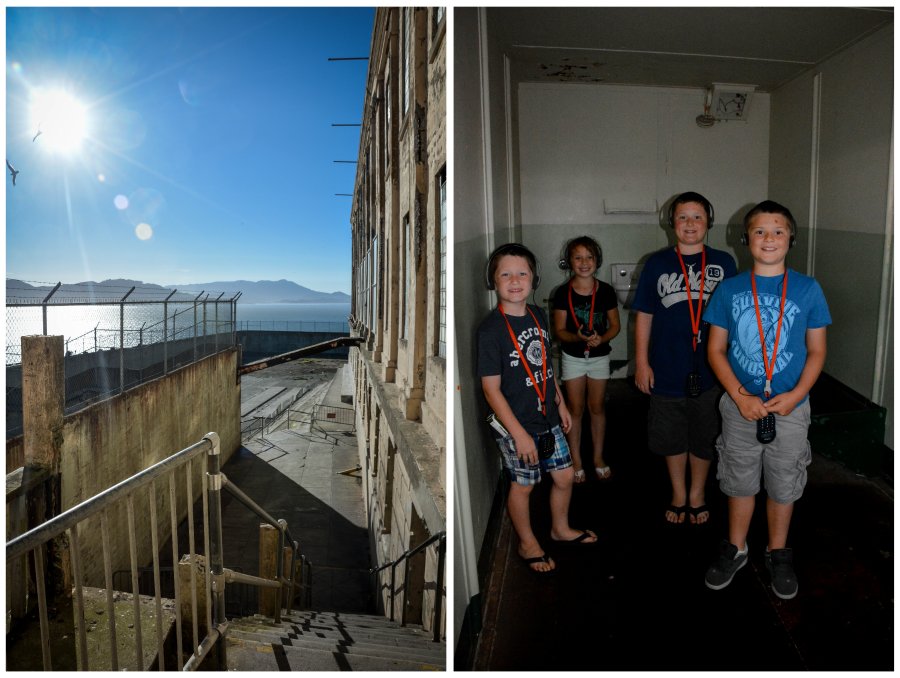 The prison yard has a great view that the kids seemed envious of.  However, once they saw the prison cells they decided that living there wouldn't be as fun as they thought.

Inside the cells-- Ben said he'd be fine in solitary because he would have his own bathroom (I guess he doesn't like sharing a bathroom with all of his siblings!). 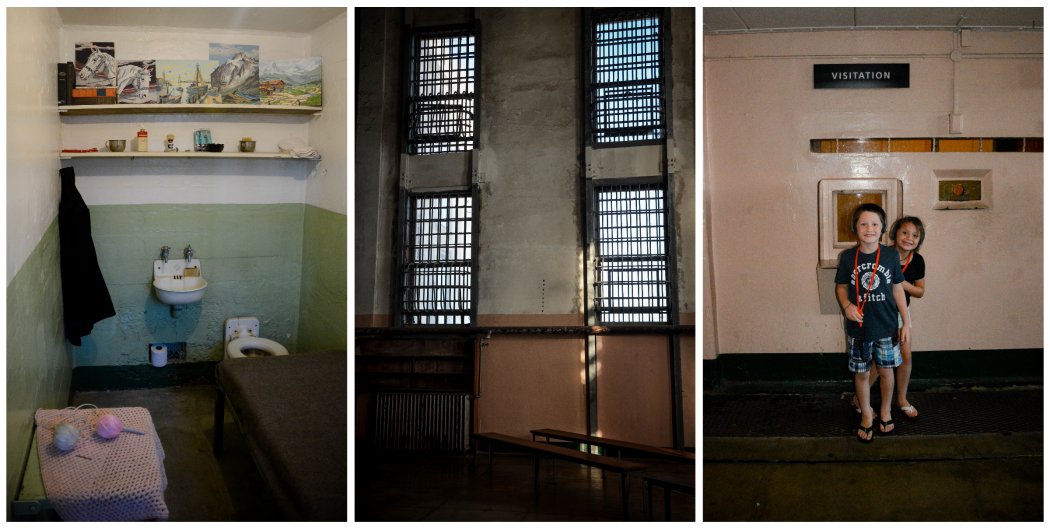 Inside a typical cell.  The library.  Learning about visitation at Alcatraz.

Broadway: The corridor running between Cellblocks B and C which housed most of the general population. 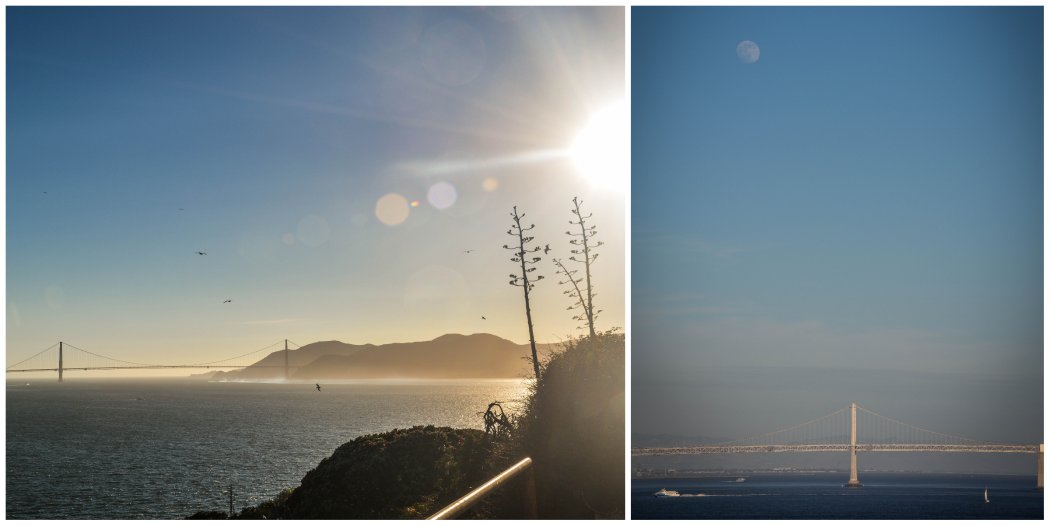 Escape from Alcatraz!  The big kids said they would have tried to escape, too!

In addition to lower crowds, the night tour of Alcatraz also offers a glimpse into areas of the island that aren't usually open to visitors.  We were able to see the hospital and VERY thankful that we nicer hospital facilities if we ever need to use them.

The sun was just starting to set when we boarded the boat for our ride back to San Francisco.

We were treated to a glorious sunset and smooth sailing back to the city. 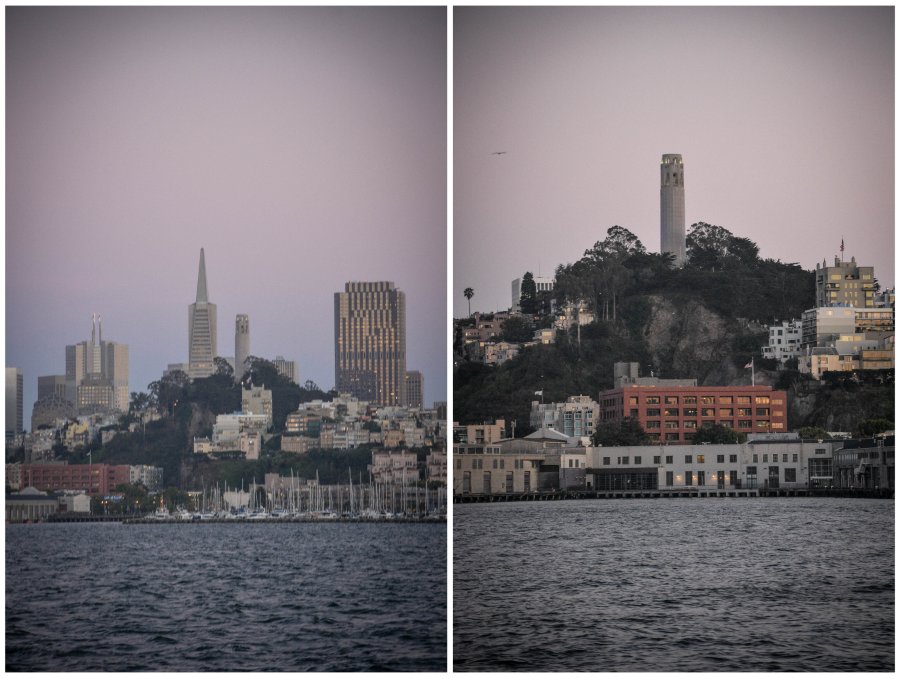 As we approached, the city lights were just starting to come on.

After we got off the boat, we started the LONG walk back to our car-- passing by several "entertaining" characters resulting in Lexie having a death grip on my hand.  We stopped at Trish's Mini Donuts on Pier 39 for a delicious late night bucket of donuts before heading back to the hotel!