Our first stop was at the Visitor's Center to learn about the dunes: they were created from selenite crystals that eventually wore down into gypsum sand.  Unlike normal rocks, gypsum is soluble but never washes away because there are no rivers out of the Tularosa Basin.  Instead, as the water evaporates, beautiful selenite crystals are formed and over time, these crystals become smaller and smaller due to the effects of wind and rain, leaving the nearly pure gypsum sand to blow around and create the dunes. 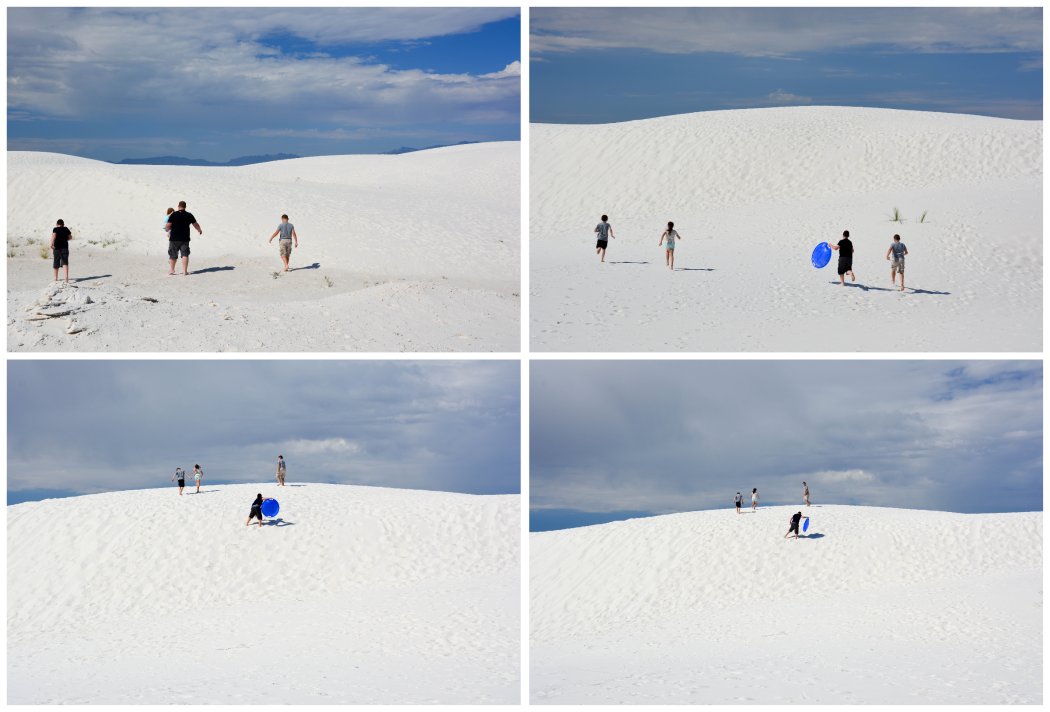 The Visitor's Center recommended buying a sled so that the kids could ride down the dunes.  We purchased a sled, and headed out to Dunes Drive to make our way into the park.  Once out of the car, the first thing that the kids commented on was that the sand was not hot at all- it was almost cool under our feet!

The kids made it up to the top of the hill and then it was time to ride down. 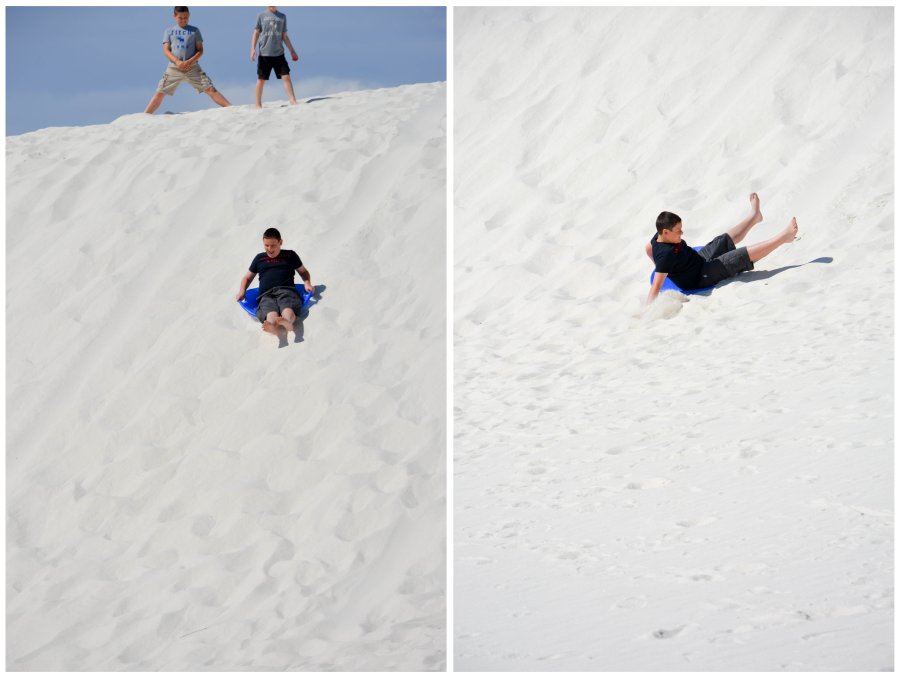 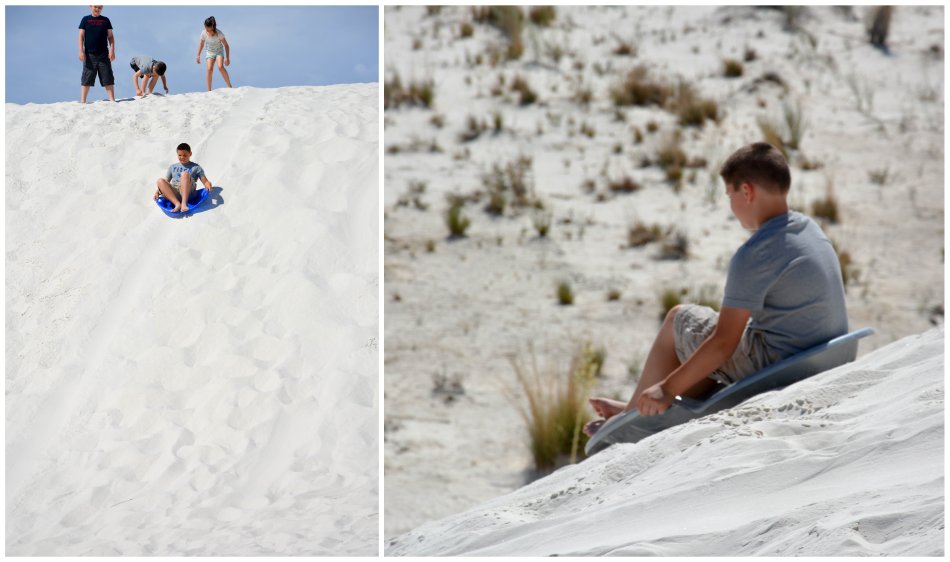 Then it was Nick's turn.

While they took turns going down the dunes on our (one) sled, I took time to photograph the surrounding dunes.  The wind erases the footprints of travelers over time but because it was so hot out we didn't hike far enough into the dunes to find untouched ones. 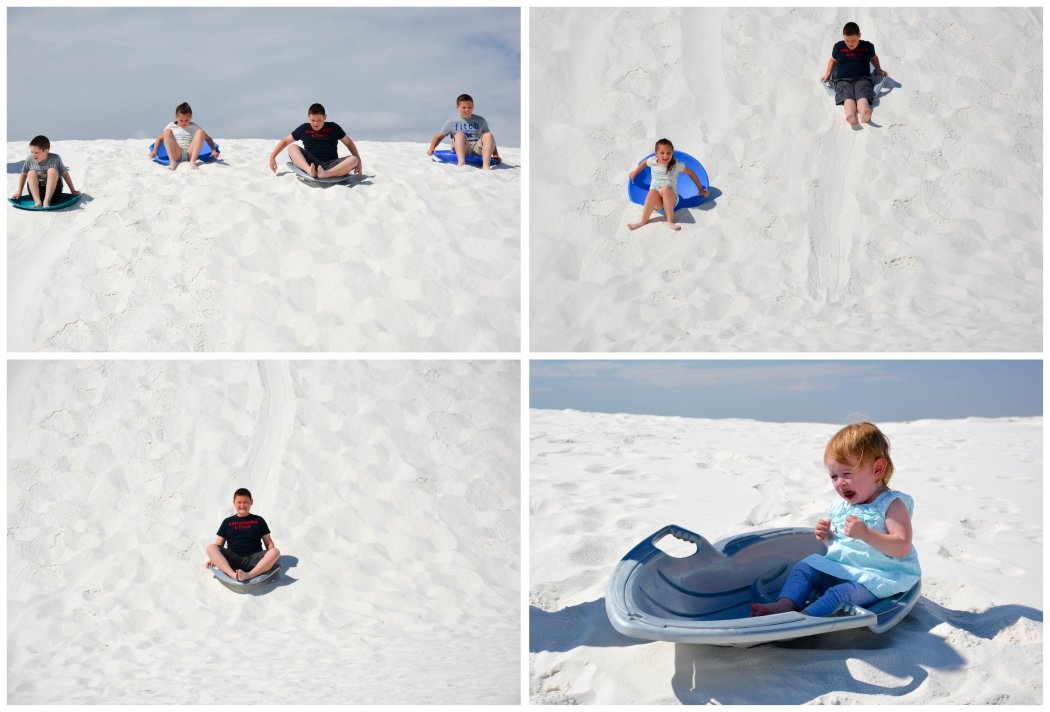 We made some new friends on our dune and they had extra sleds and were willing to share so all of the kids were able to go down together.  Ellie sat on a sled but was not happy about it AT ALL! 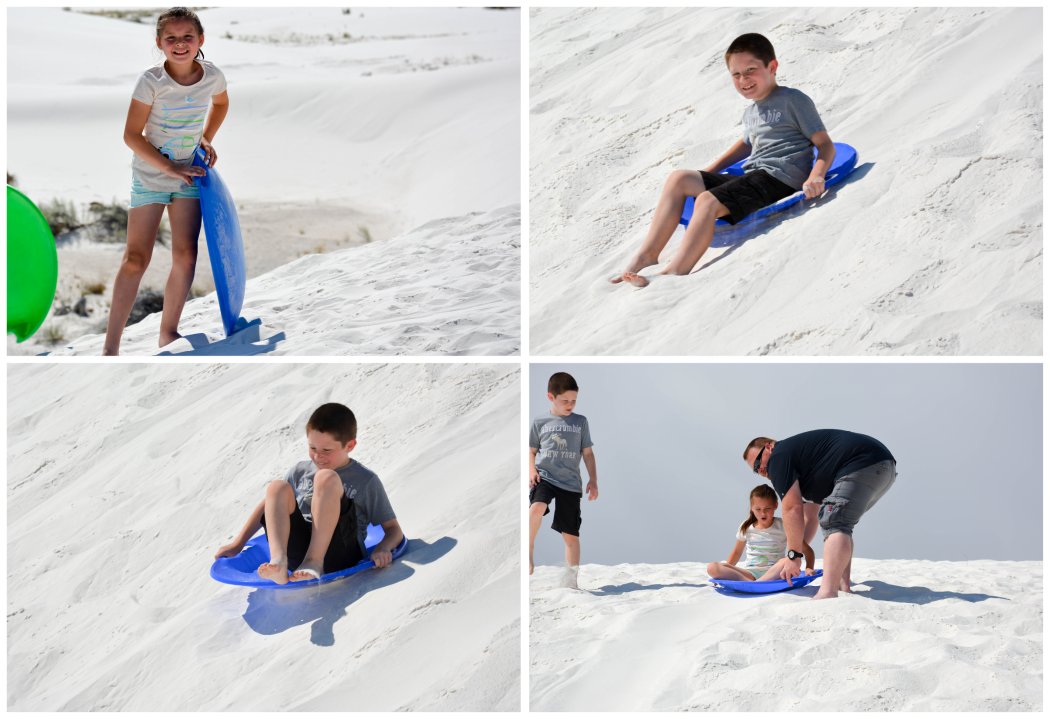 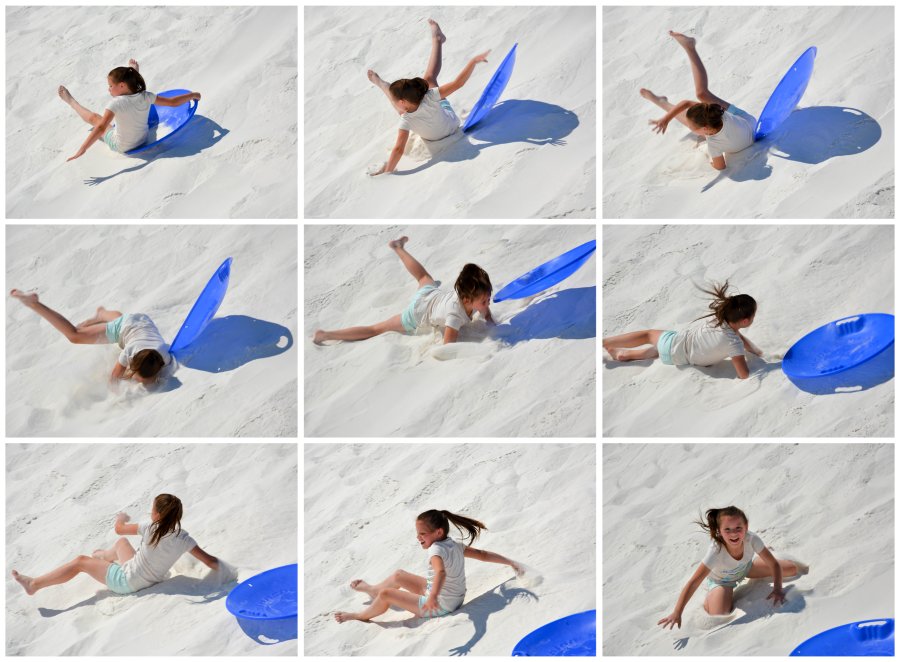 Because Lexie is so light she could really get the sled going which resulted in her rolling down the dune.  Luckily, she ended up at the bottom with a smile!

The big kids had a great time exploring the park- especially because it was like nothing they had ever seen before!  We spent about an hour riding down the dunes and could have spent several more so I know that it will be somewhere we return to on another trip out west.

While I'm the one that picked to go to White Sands and knew what to expect (from reading travel books), even I was in awe of the beauty of the dunes.

After our morning fun, it was back to the van to finish our drive to Arizona.  The kids (Nick especially) were so excited to see the saguaros because it meant we were finally in Arizona!  We made a quick stop at our old house in Queen Creek (it didn't look as nice as when we lived there!) before meeting Grandma, Grandpa, Auntie Janne, Uncle Adam, and Hannah at Barro's Pizza for dinner.