After our late night at Disneyland, we were up early for rope drop at California Adventure.  Gone are the days of waiting by the actual entrance; now you get to wait halfway through the park with different groups heading to the various headliners.  The plus is that you can stop and take pictures on your way in without having to rush by in order to get to rides.  Ben and Lexie were convinced that we needed to take this car home with us. 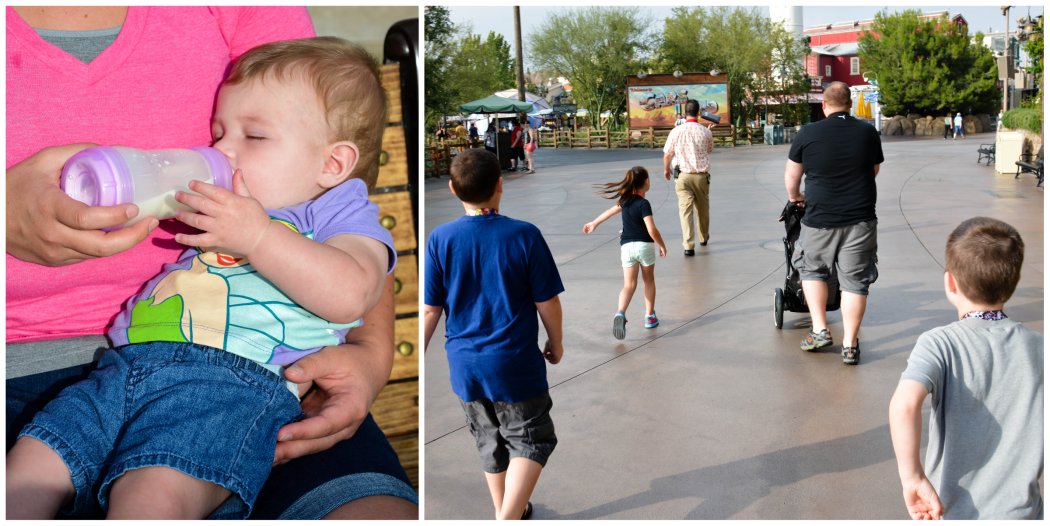 Auntie Janne was feeding Hannah on a bench while we waited to officially enter the park when we were approached by a couple of cast members.  They asked if we were ready to enter the park early and we enthusiastically said yes!  We were excited about our Disney magic and getting ready to head in when we found out that they thought we were with the Make-A-Wish foundation.  Luckily, Disney did not hold the case of mistaken identity against us and we were escorted into Cars Land (and the real Make-A-Wish people got to go in, too.  Plus I'm guessing they got some extra perks). 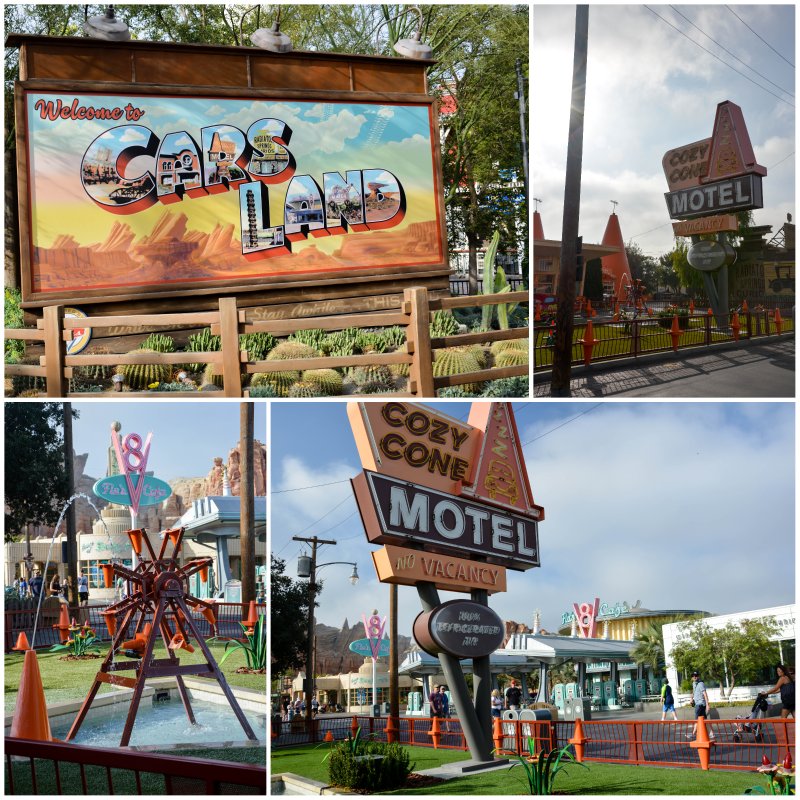 This was the first time we'd been to California Adventure since Cars Land opened and we were most definitely impressed, especially with the theming! 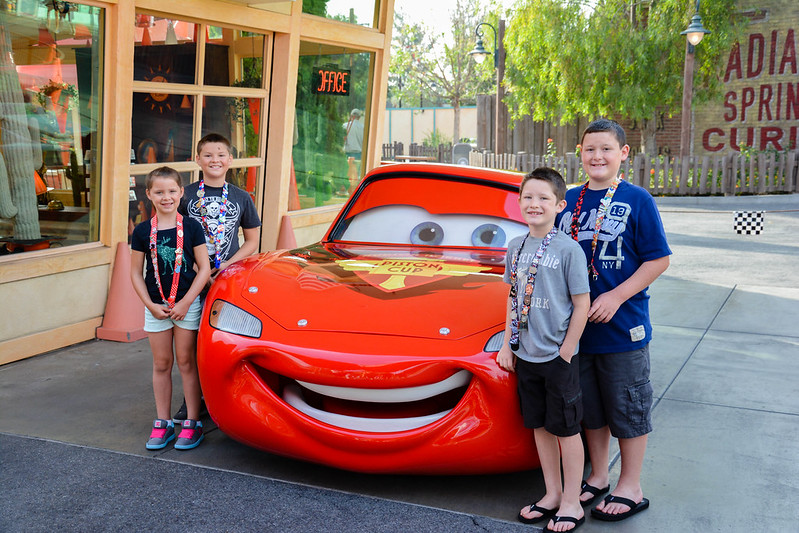 The kids were excited to "meet" Lightning McQueen!

We made our way to the Cozy Cone Motel for breakfast since my parents raved about the scrambled egg verde cone.  Unfortunately, they stopped serving breakfast for some reason and since we all wanted to try the cones and it was our only open meal, we had chili "cone" quest and chicken verde cones for breakfast!  The kids thought it was pretty funny to have chili for breakfast!

One of my favorite things about Disney parks is how detailed the theming is.  Everywhere you turn there's something interesting to look at! 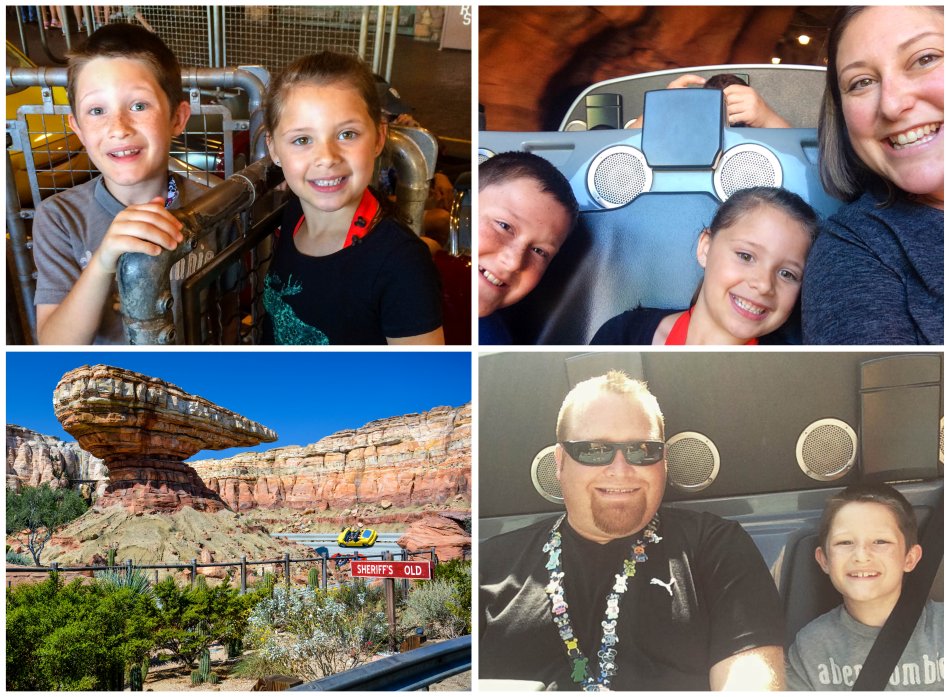 Radiator Springs Racers was easily the favorite ride of the day! 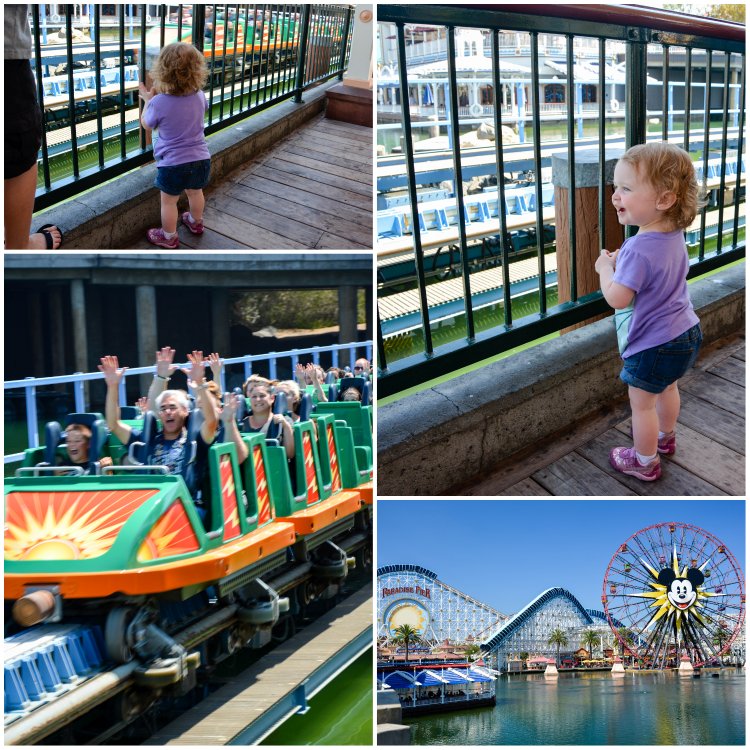 Even though Ellie wasn't tall enough to ride everything, she LOVED watching the rides.  She would wait with excited anticipation for California Screamin' to launch and then laugh and clap excitedly as it passed her. 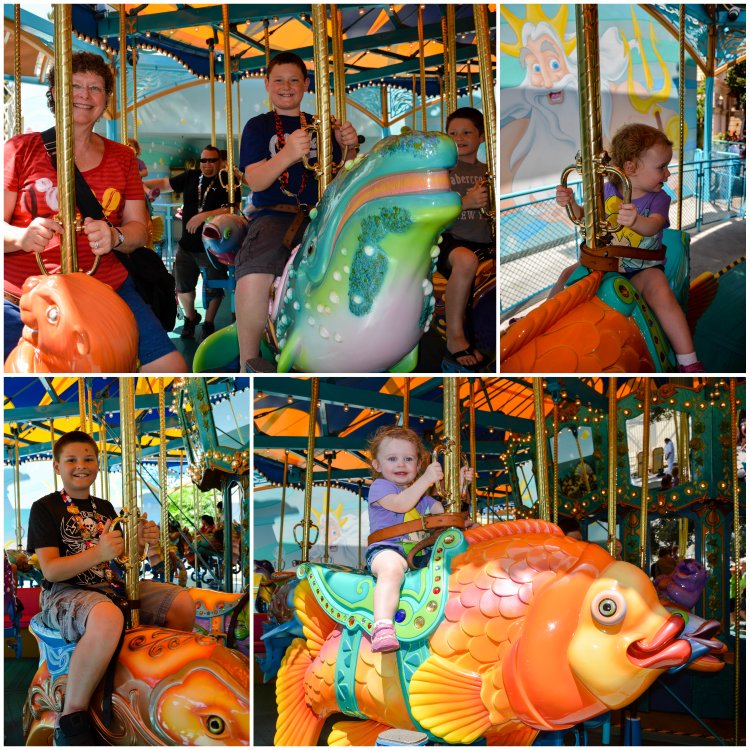 The big kids were good sports about going on the "babyish" rides like the carousel even though I think they liked it just as much as she did. 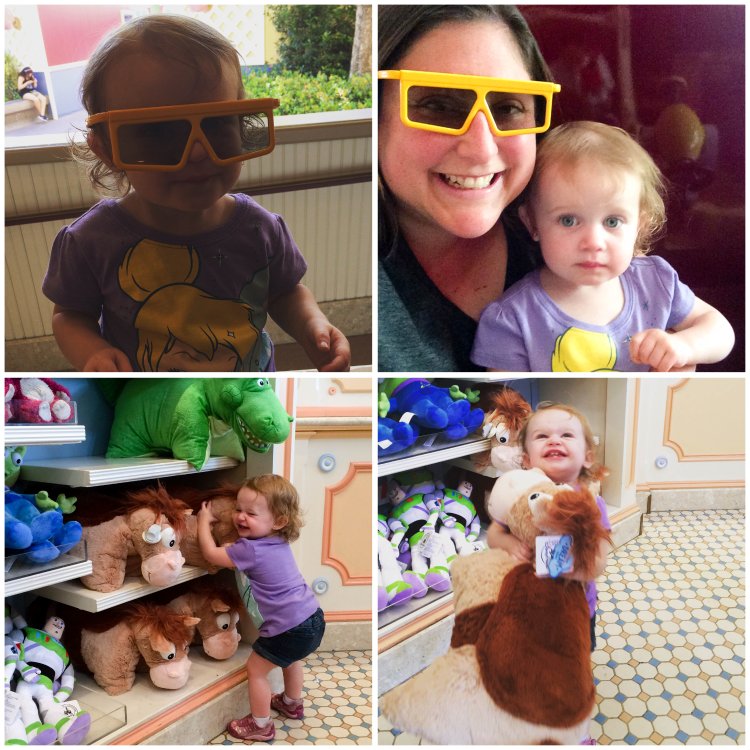 Another favorite ride is Toy Story Midway Mania though I think Ellie liked the gift shop even more than the ride!

We spent the afternoon riding rides and eating snacks! 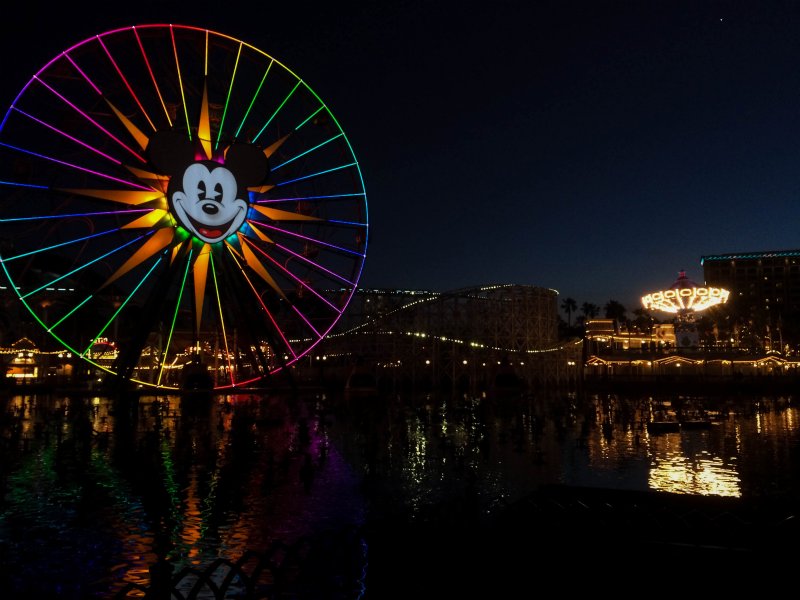 We did a World of Color lunch package at Wine Country Trattoria so that we were able to sit in the reserved seating area for World of Color that night.  We showed up about an hour before the show started in order to claim our seats and ended up right by the water.  We had fun watching the sun set and all the lights come on as we waited for the show to start.  This was our first time seeing WOC and we were definitely impressed (and soaked!).

After WOC, we left Ellie with Grandma and rushed back to Cars Land for one more ride on Radiator Springs Racers with Grandpa.  Cars Land looks amazing all lit up at night-- even better than it does during the day! 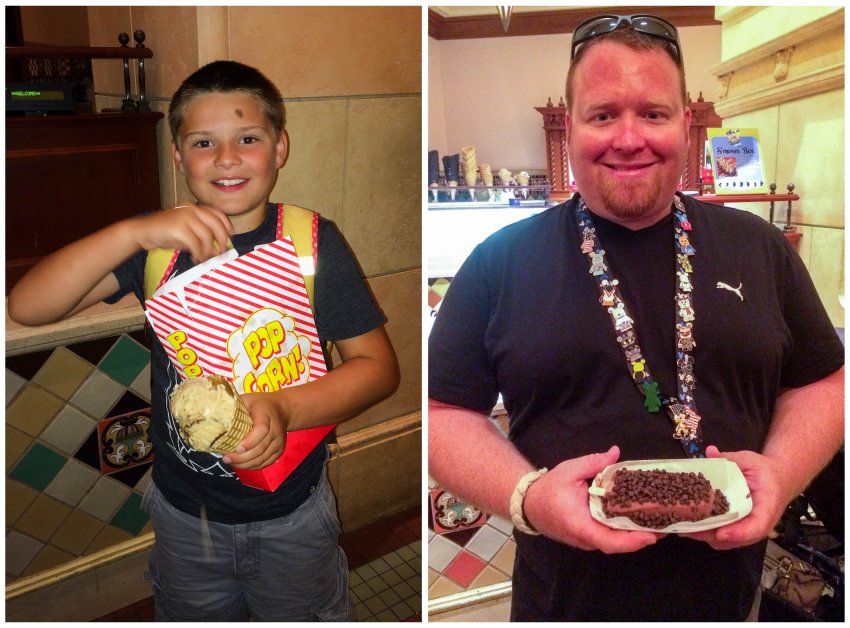 On our way out of the park we stopped at Clarabelle's Ice Cream for a late-night snack.  Nick finished off Grandma's popcorn before devouring his waffle cone and Jacob tried one of the customizable ice cream bars.  All in all, it was a great (albeit tiring) day at California Adventure and everyone was ready to head back to the hotel and go to bed.
Posted by Jennifer at 11:30 PM