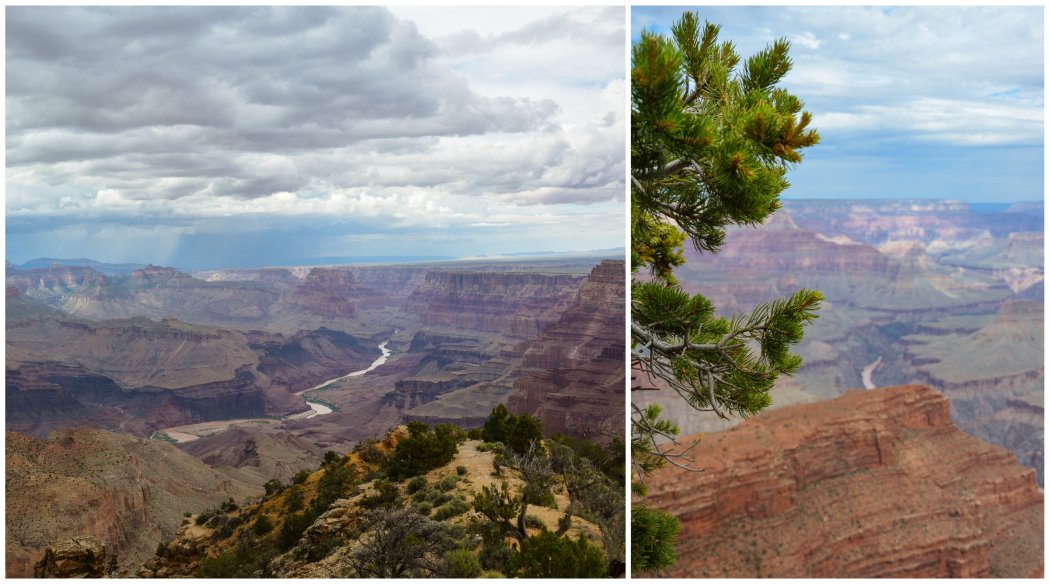 We got up early and made the drive from Flagstaff to the South Rim of the Grand Canyon.  We surprised my parents with a bus tour of the canyon to Hermit's Rest so after parking, we made our way to the Visitor's Center and boarded our bus. 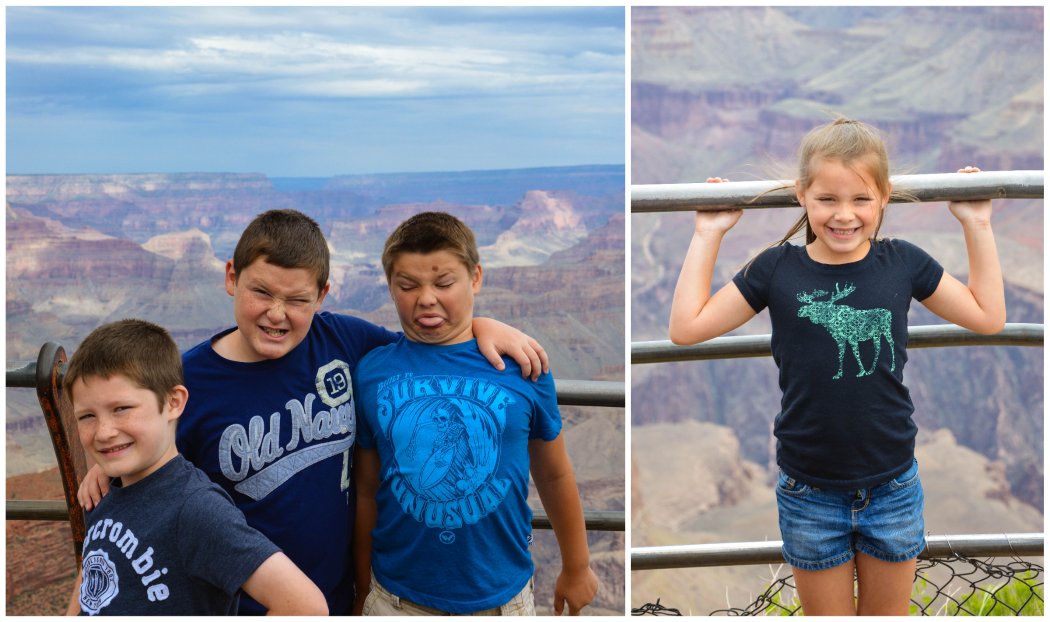 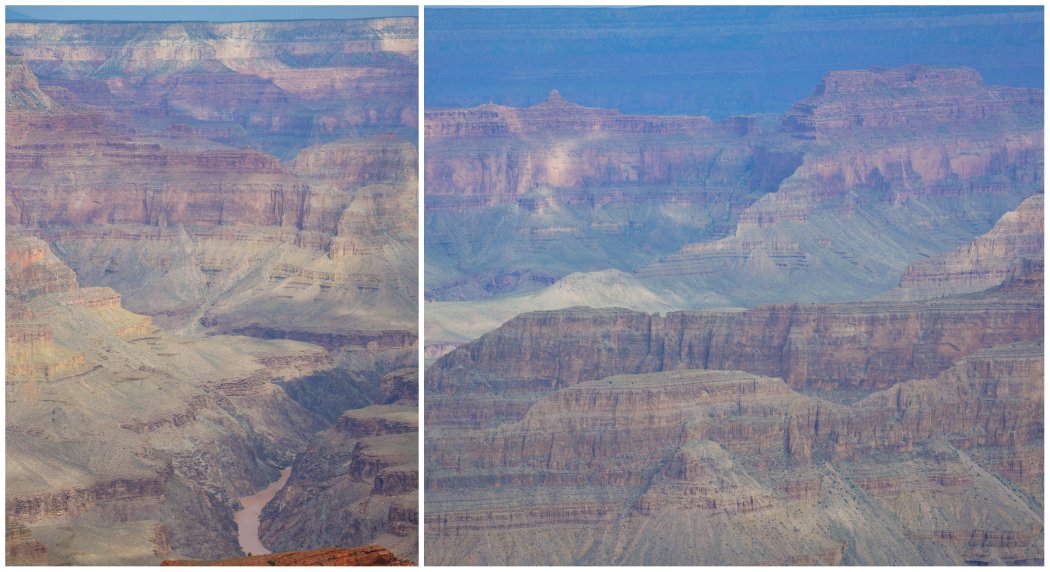 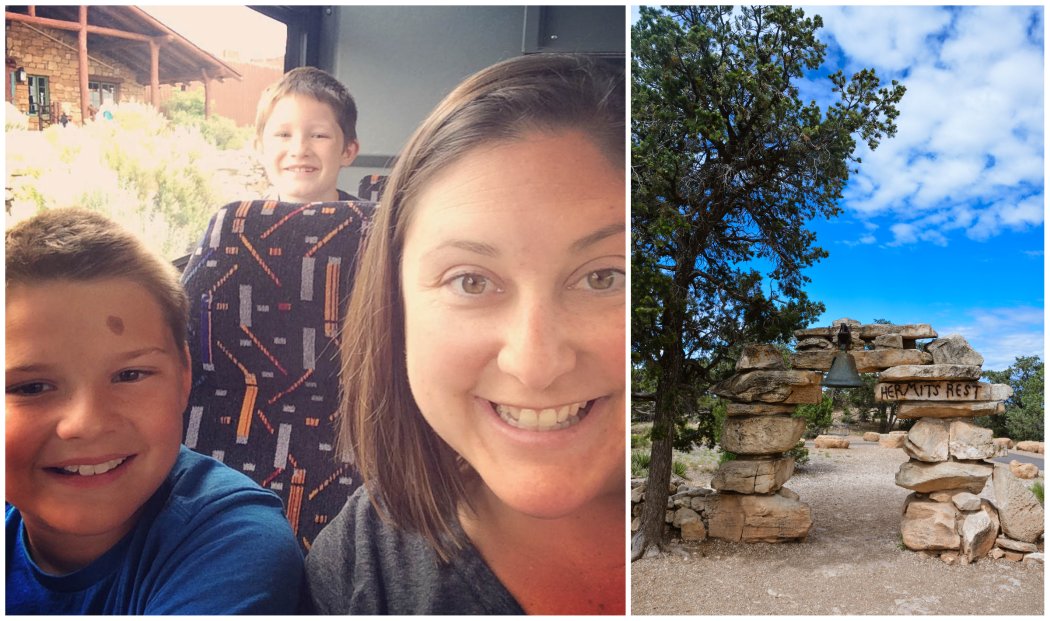 While we made a couple of brief stops on the way to Hermit's Rest, we were able to spend a good bit of time exploring the century old rest area.

Hermit's Rest was built in 1914 as a rest area for those traveling by Harvey Cars.  El Tovar, one of the hotels at the Grand Canyon, was originally a Harvey House and the cars would take tourists to the westernmost paved point of the South Rim. 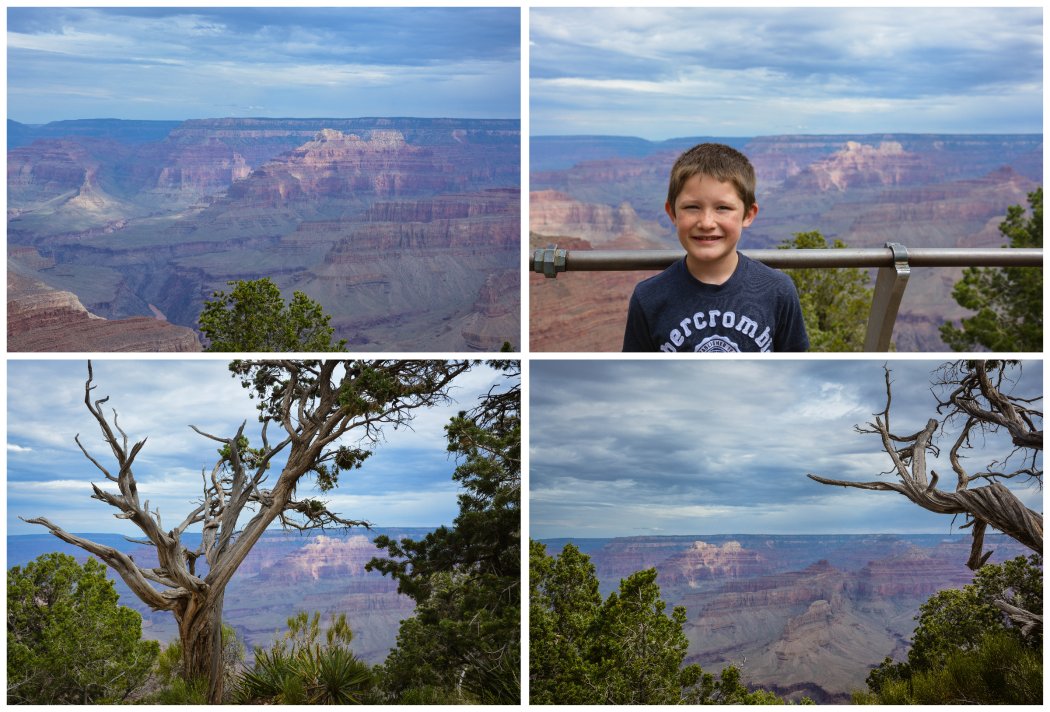 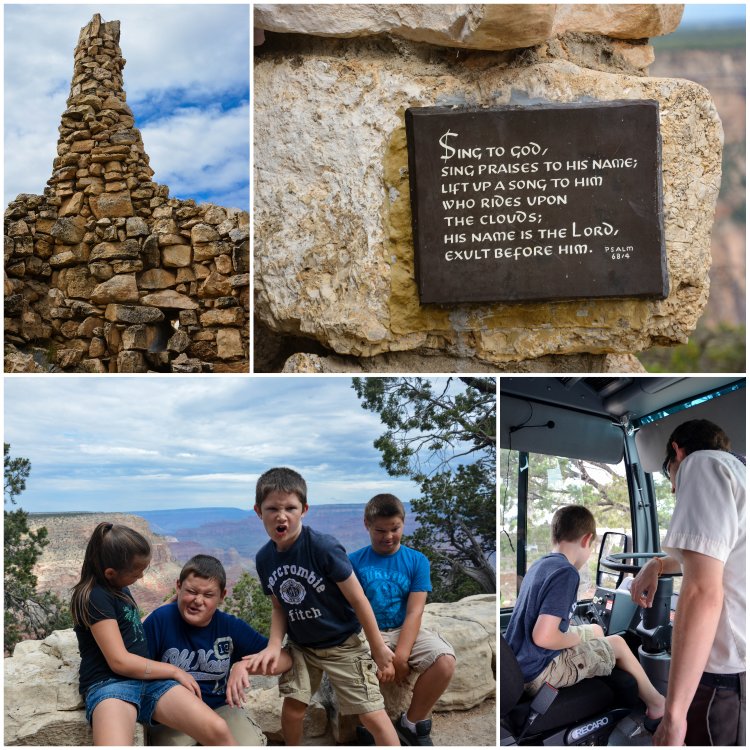 The Hermits Rest structure was designed by Mary Jane Colter and is now a National Historic Landmark.  Our bus driver's name was Ben and upon hearing that we had a Ben in our group, he let our Ben start up the bus to leave Hermit's Rest!

Green in the canyon. 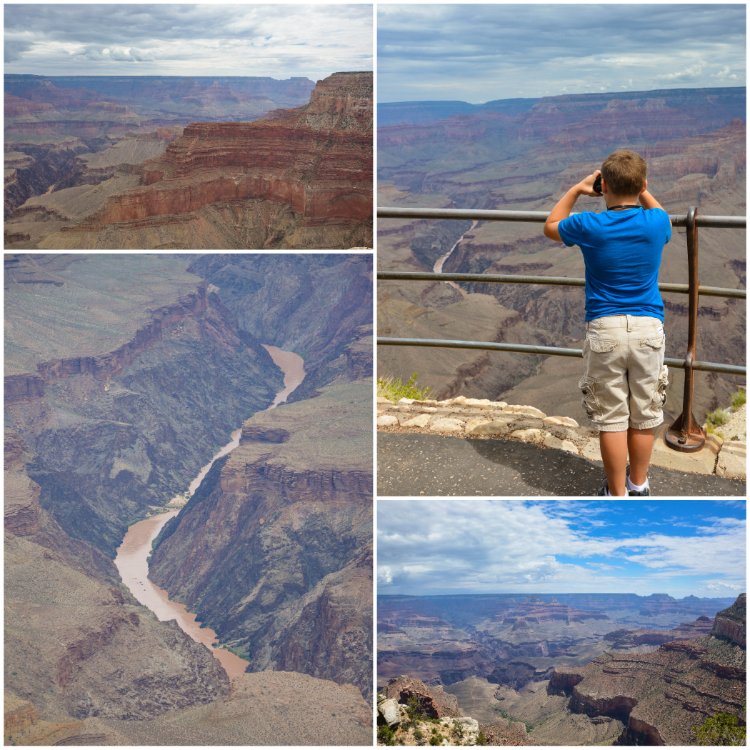 The kids were glad that Grandpa brought his binoculars and used them to look at the rapids of the Colorado River as well as old settlements on the canyon floor.

Ellie and I hung out on a wall in the Visitor's Center while everyone else watched a movie on how the Grand Canyon was formed. 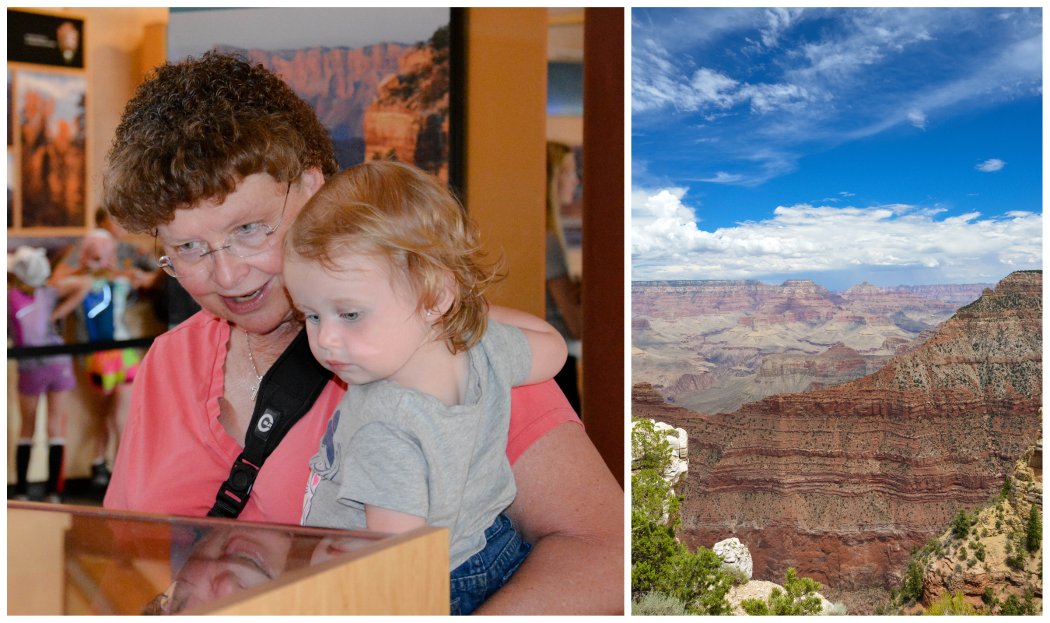 Learning about canyon life with Grandma. 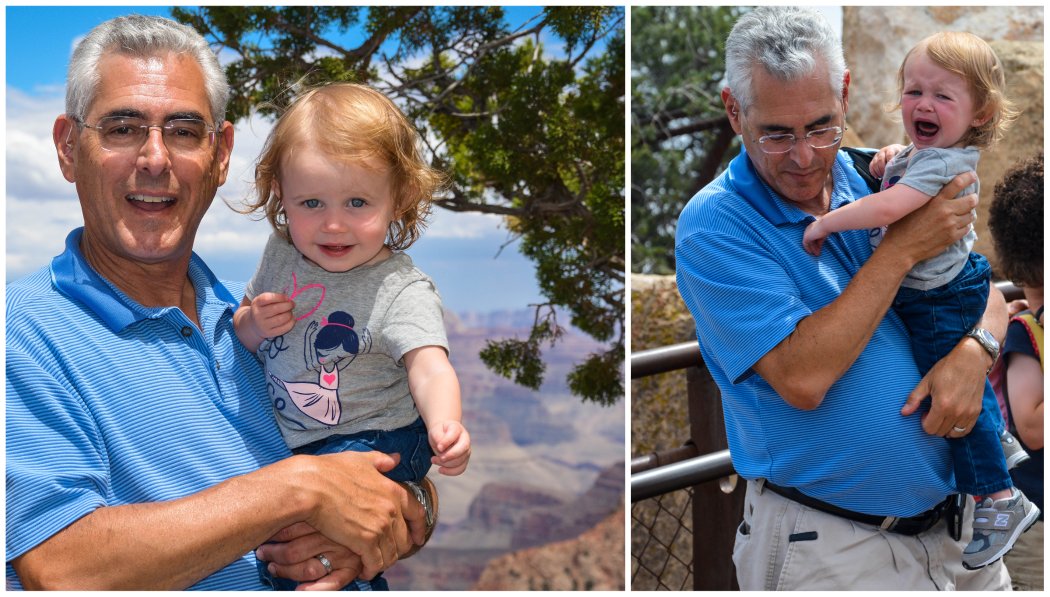 It's crazy how quickly she can go from okay to miserable! 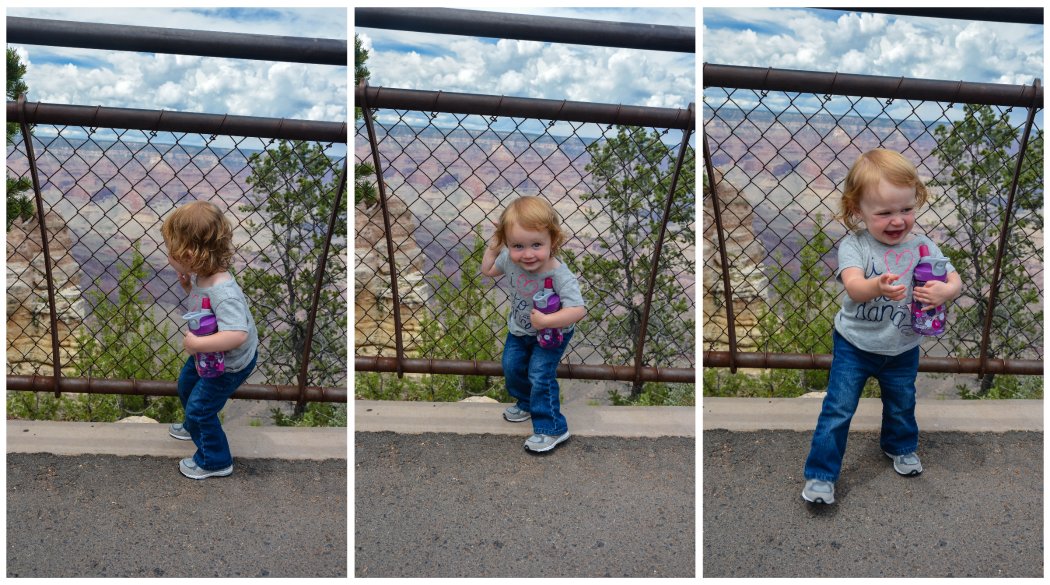 She was much happier when she got down and explored on her own :)

On top of the world. 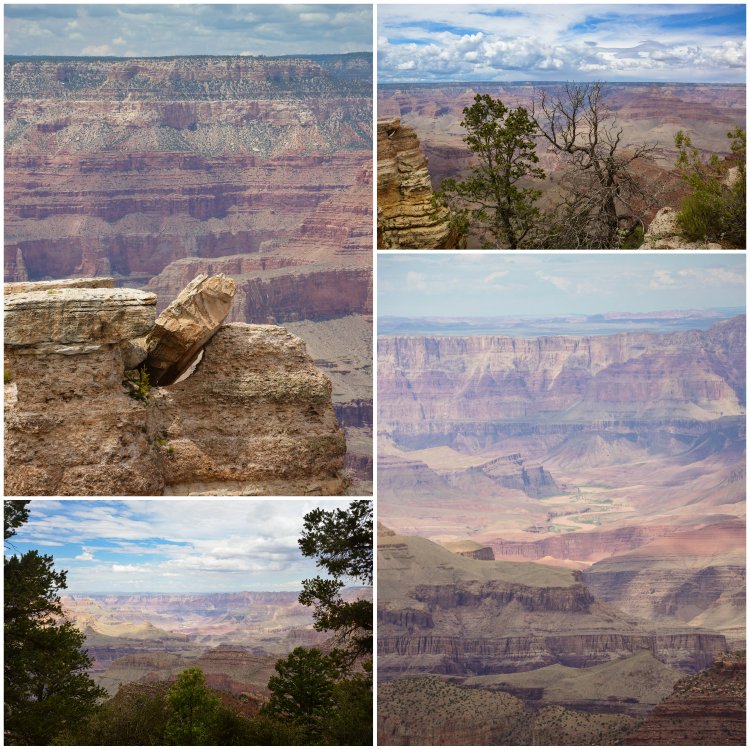 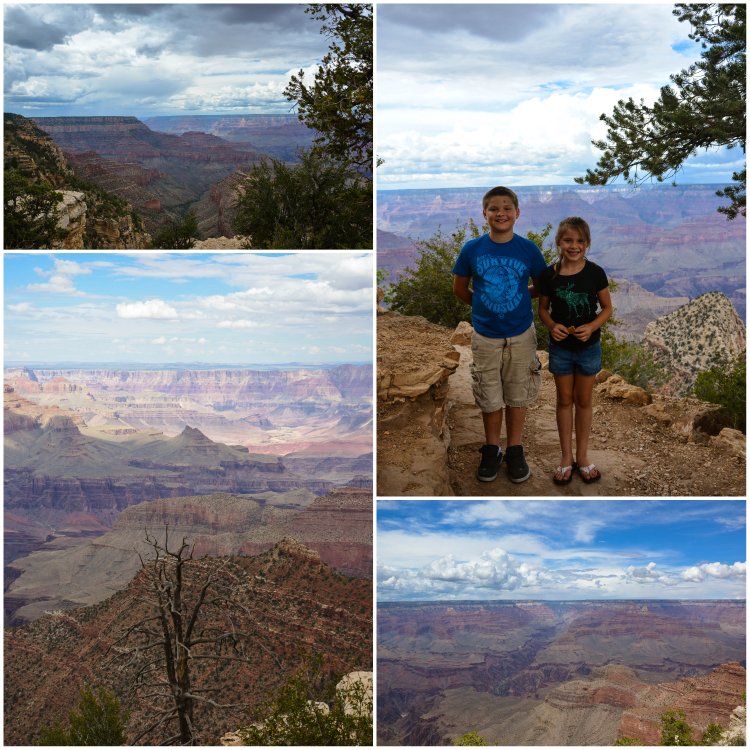 Chris, Nick and Lexie braved the trails with Grandpa and hiked a bit into the canyon. 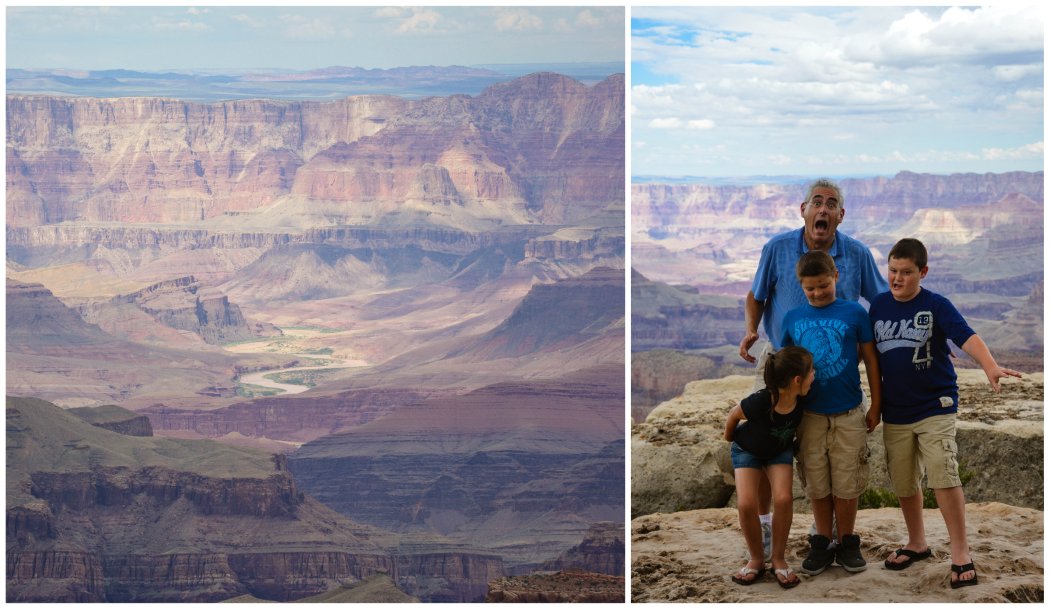 The Colorado River and family silliness. 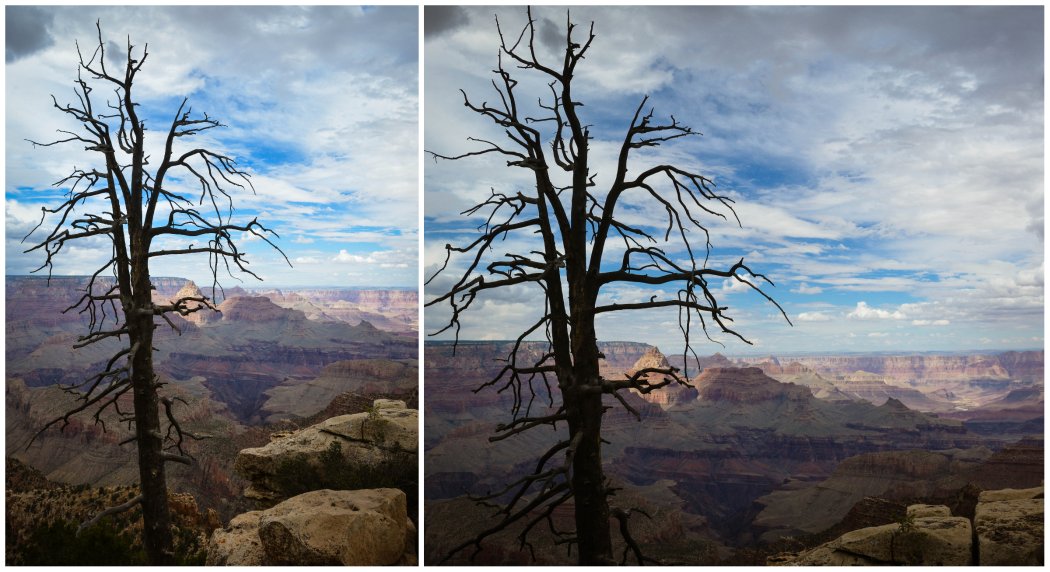 I love the dead trees that dot the rim of the canyon. 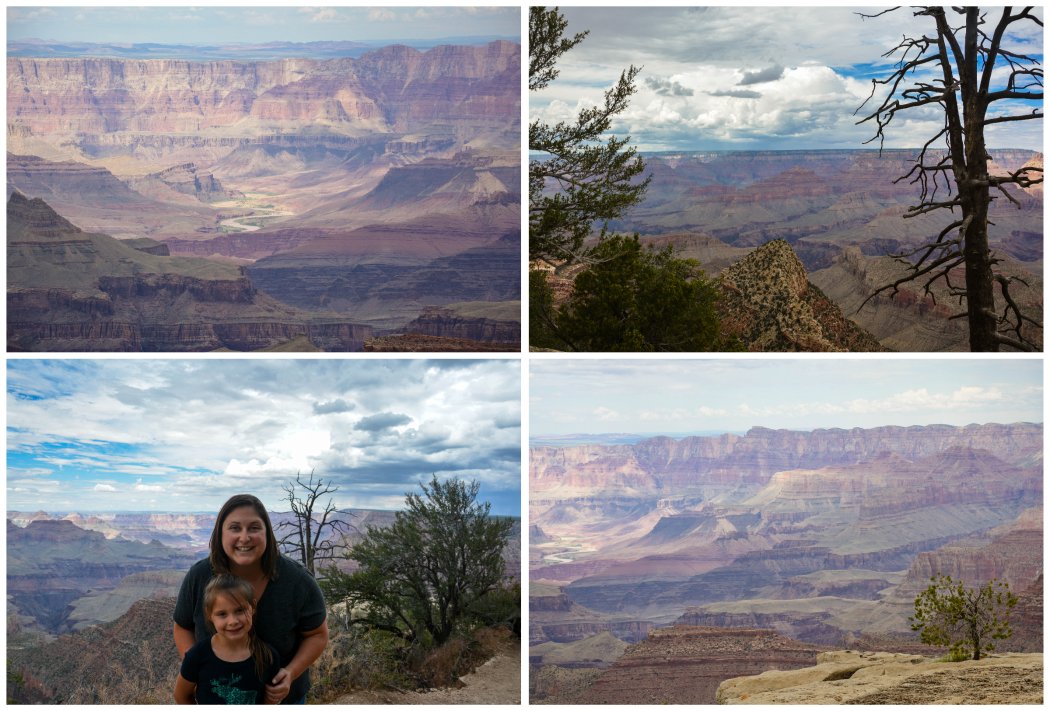 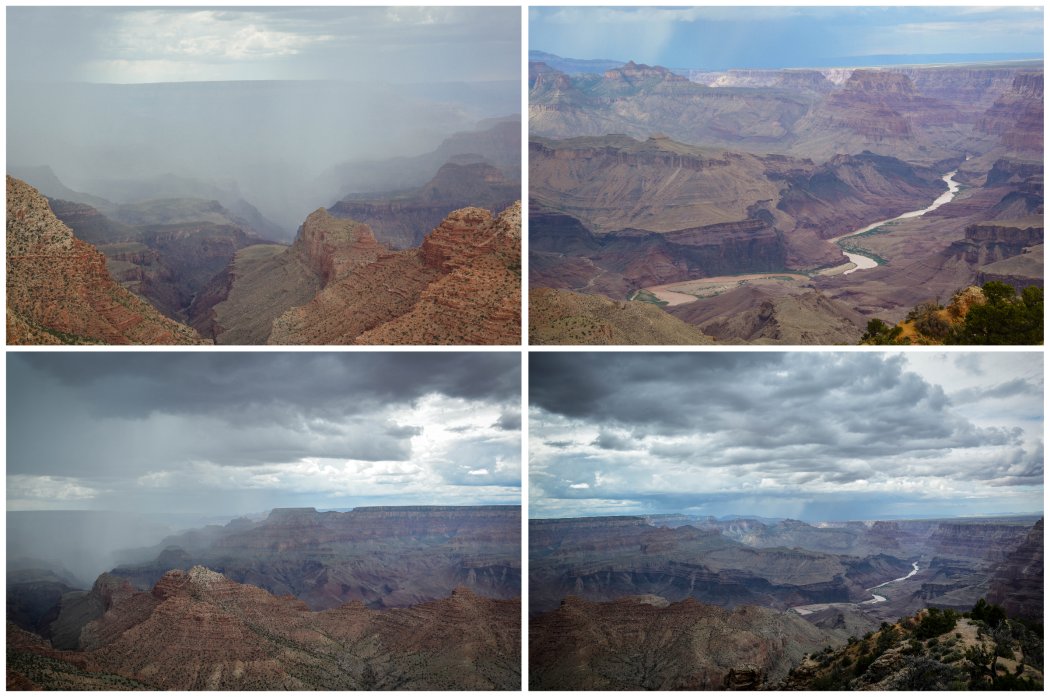 We stopped at the Desert View Watchtower, also designed by Mary Jane Colter, on our way out of the park and we arrived just in time to watch a storm roll in over the canyon. 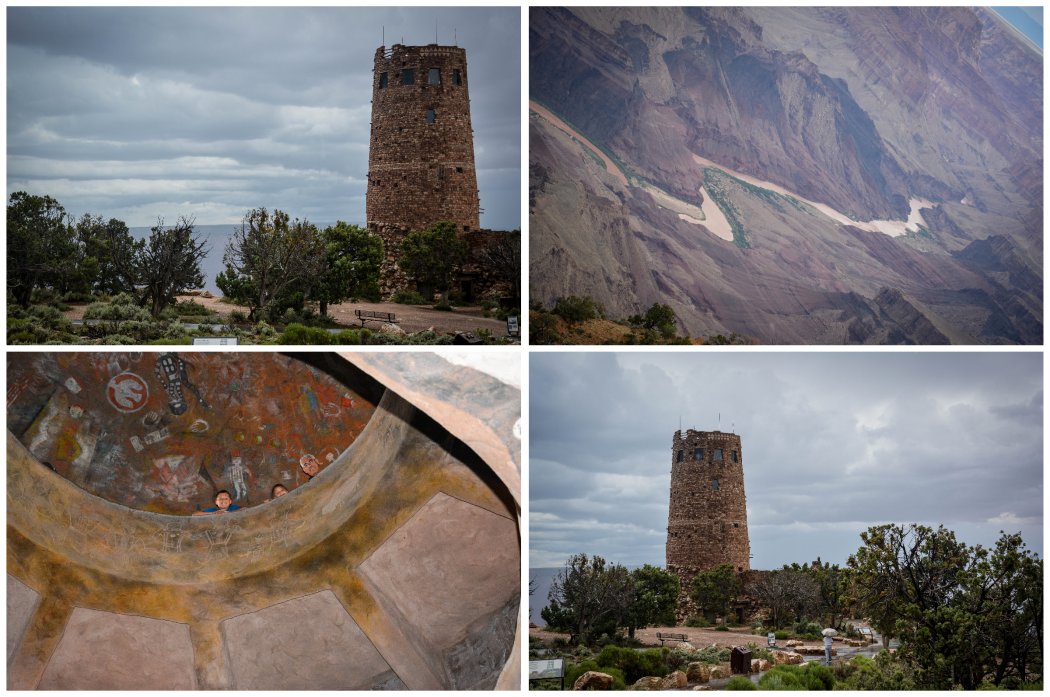 The Desert View Watchtower was built in 1932 and has both an exterior observation deck and an observation level at the top of the tower.  The kids walked up to the top with Grandpa!  After climbing to the top of the Watchtower, we made our way to the gift shop and then got caught in a downpour on the way to the car.  We headed out of Grand Canyon National Park tired from a long day, but in complete awe of the beauty of the canyon.