Sweet girl likes to help herself to snacks from the panty. 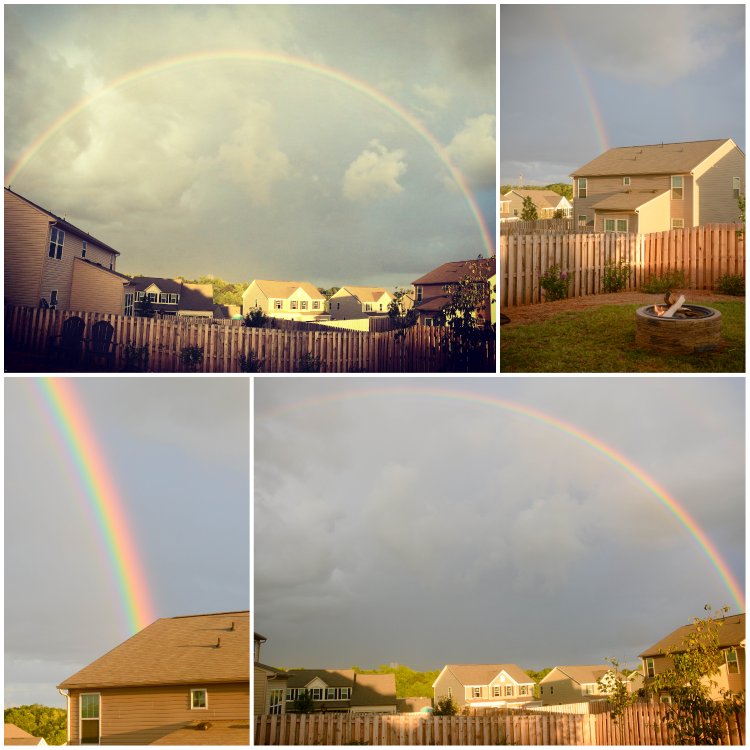 We were treated to the most beautiful rainbow during our rainy barbecue with friends.

Luckily, the rain subsided and the kids were able to roast marshmallows and make s'mores.

Ellie loves playing with her water table-- and I guess she figured that since she was already wet there was no reason not to climb in! 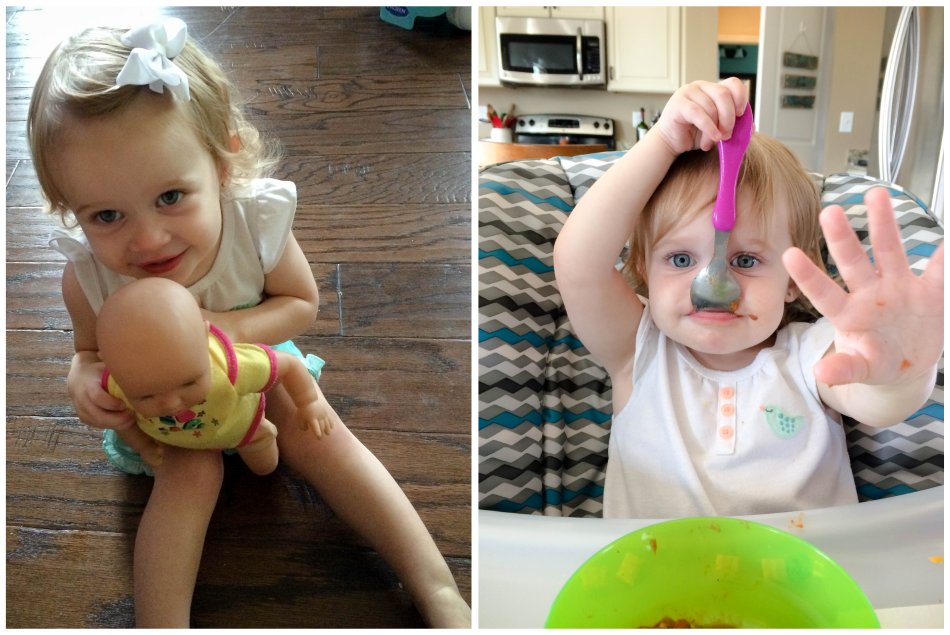 Such a sweet and silly girl! 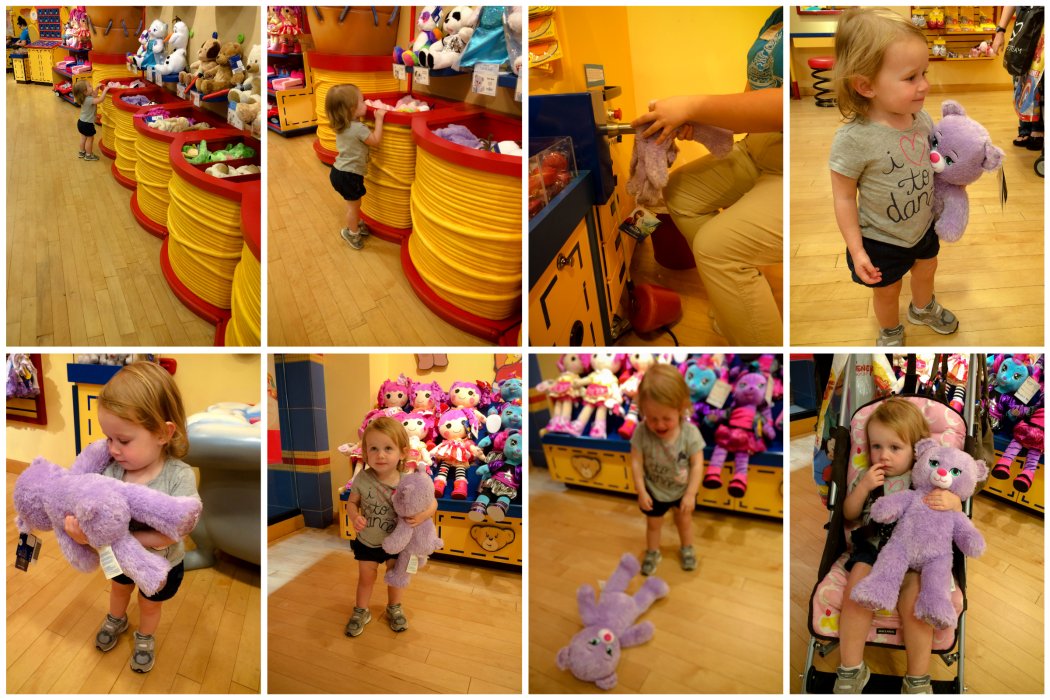 In order to break Ellie's binky habit we took her to Build-A-Bear to make a "binky" bear.  She picked out the bear she wanted and then we put her binky in after it got stuffed.  Unfortunately, she was afraid of the stuffing machine and it only made her scream louder that she wanted her binky.  Once it was all done, she held her "kiki" bear for a couple of minutes and then threw it on the floor and started crying for her "kiki" but we got her calmed down and were able to leave the mall without further incident.  I was envisioning a massive melt down at bedtime but she did surprisingly well with the transition.  She's getting so big!
Posted by Jennifer at 9:00 PM