legoland and dinner at 'ohana 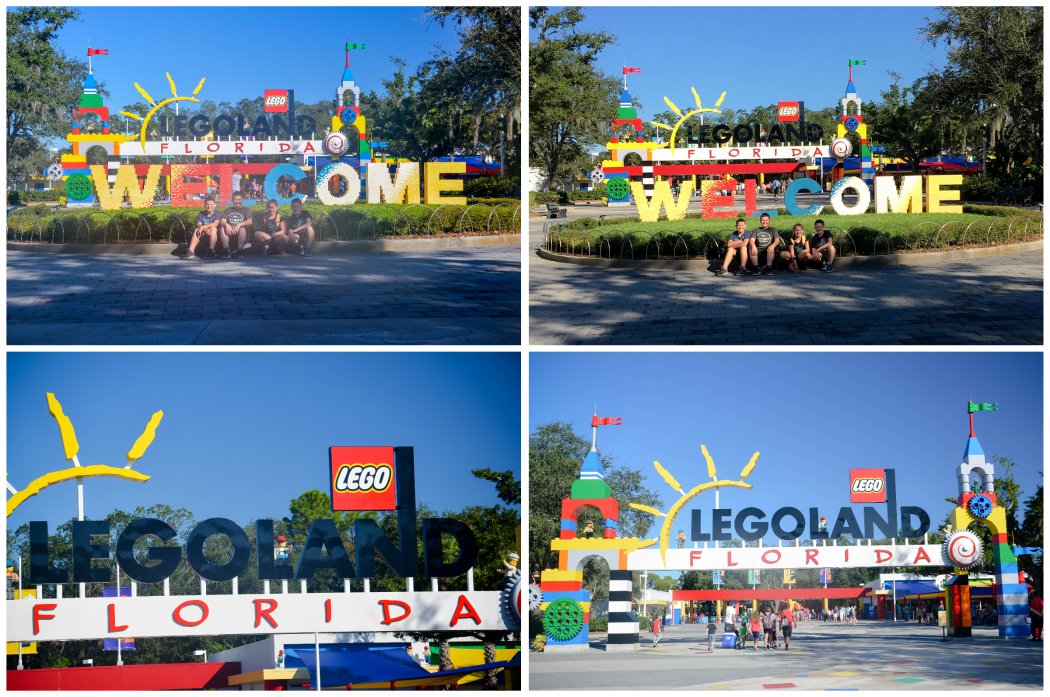 After a good night's sleep, we loaded up the van and hit the road.  The kids still had no clue where we were going (or really even where we were since we stayed in Winter Haven and they'd never been there) so we were able to keep it a secret until we pulled into the Legoland parking lot.  They were so surprised & excited! 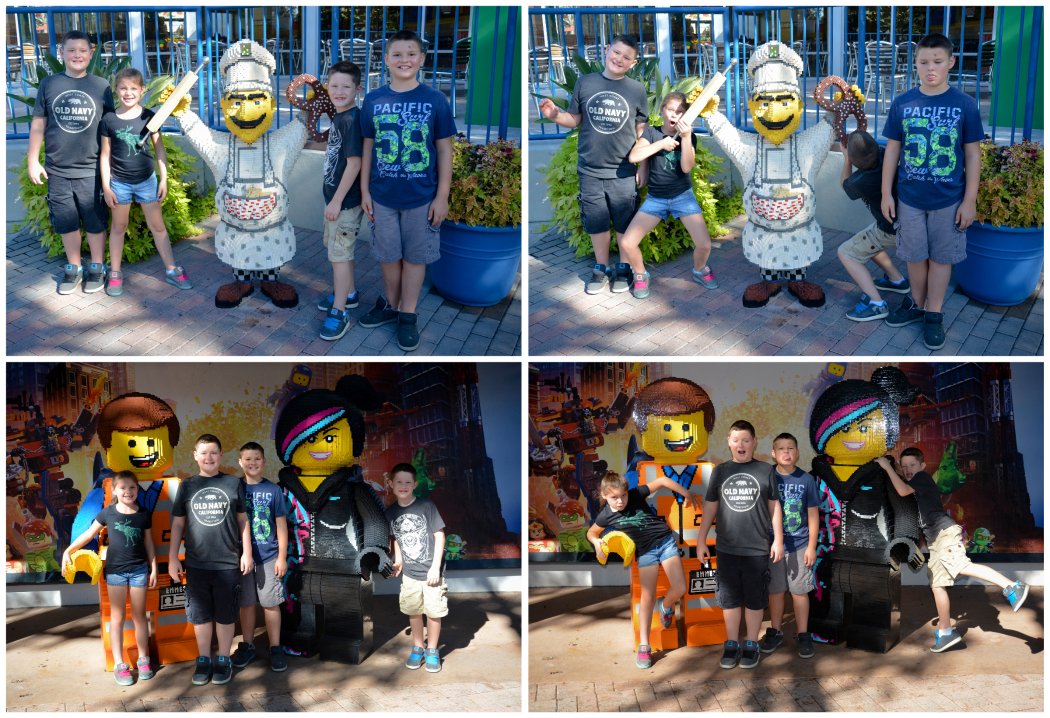 Instead of having character meet and greets (like Disney), at Legoland you can get pictures with characters created out of Legos. 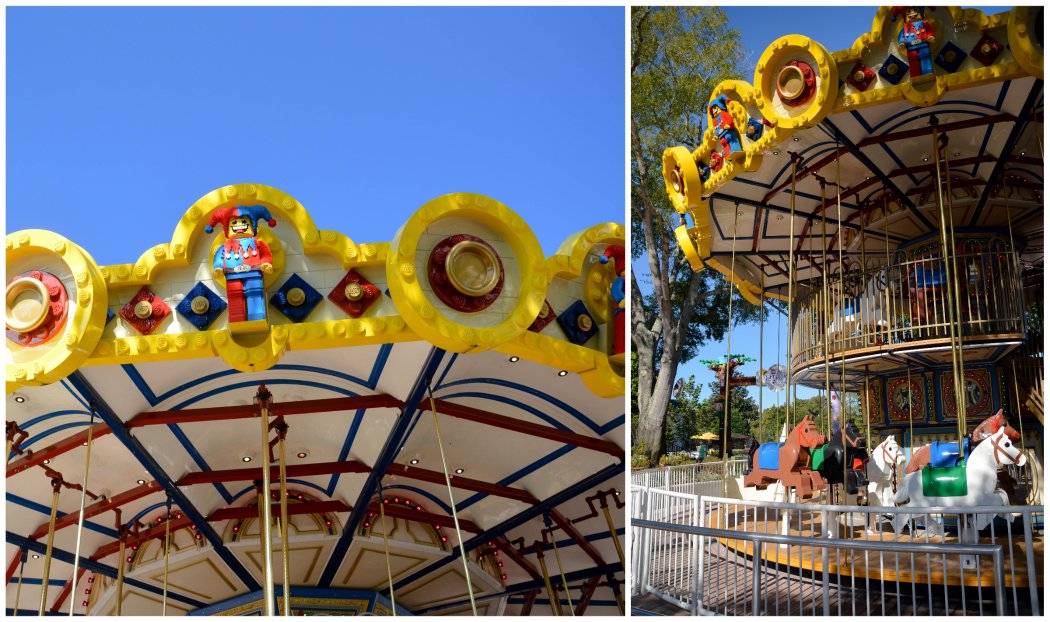 The rides are made to look like they're built out of Lego pieces.

The kids loved the carousel-- especially since they got to ride Lego horses! 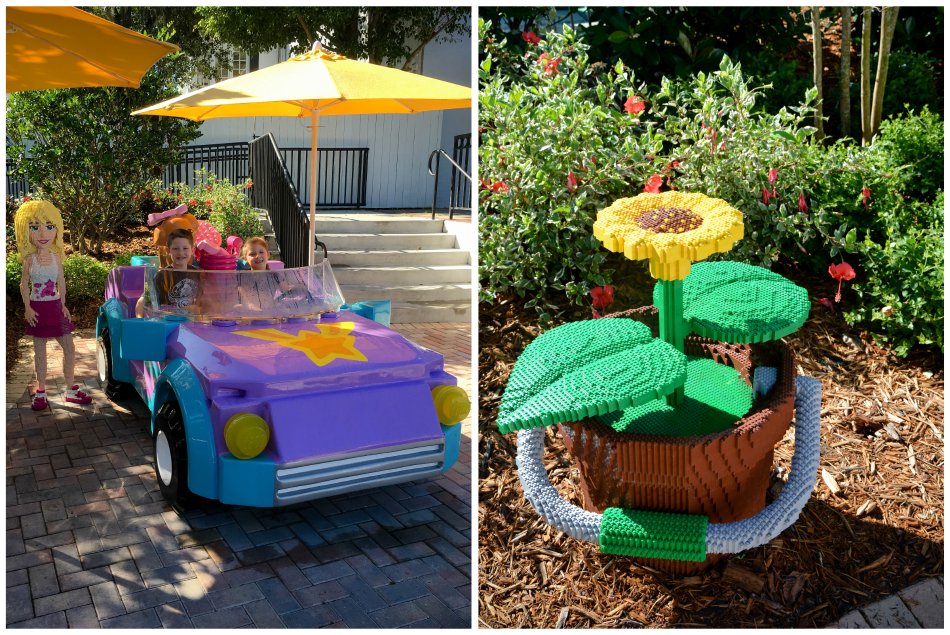 The boys LOVED this ride (they're the ones with their hands up!)!  They got to sit on Lego horses and then the entire circle spun and went back and forth. 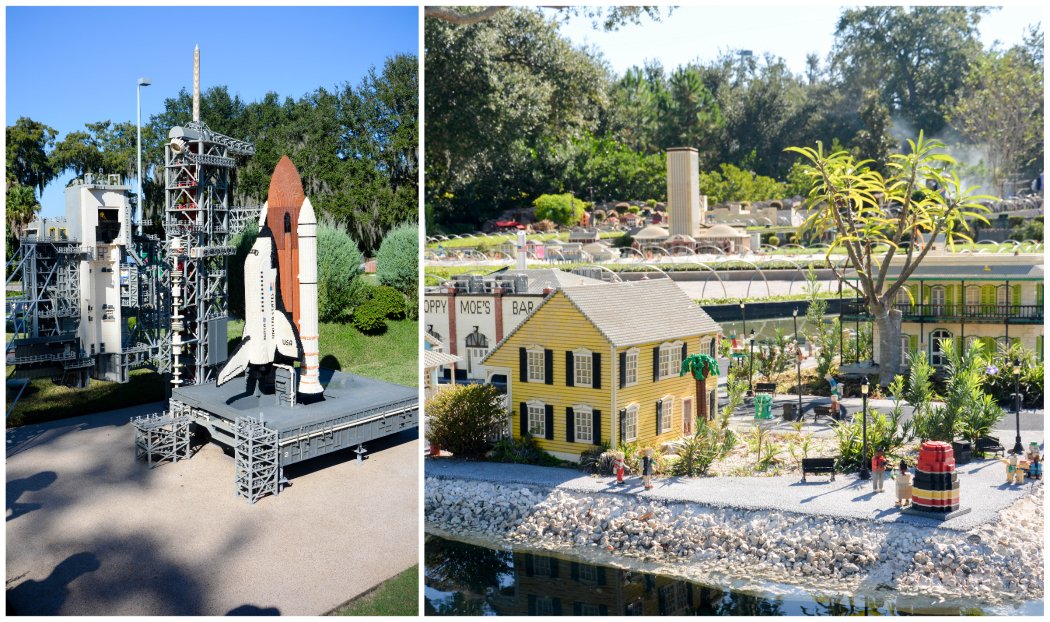 Legoland Miniland is made up of over 30 million Lego bricks and has scenes from across the country: Kennedy Space Center and Key West 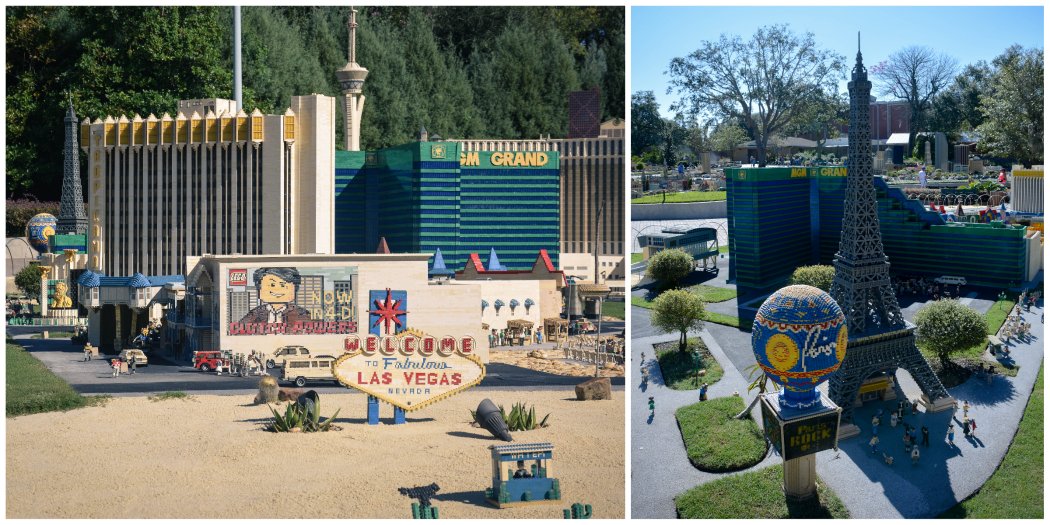 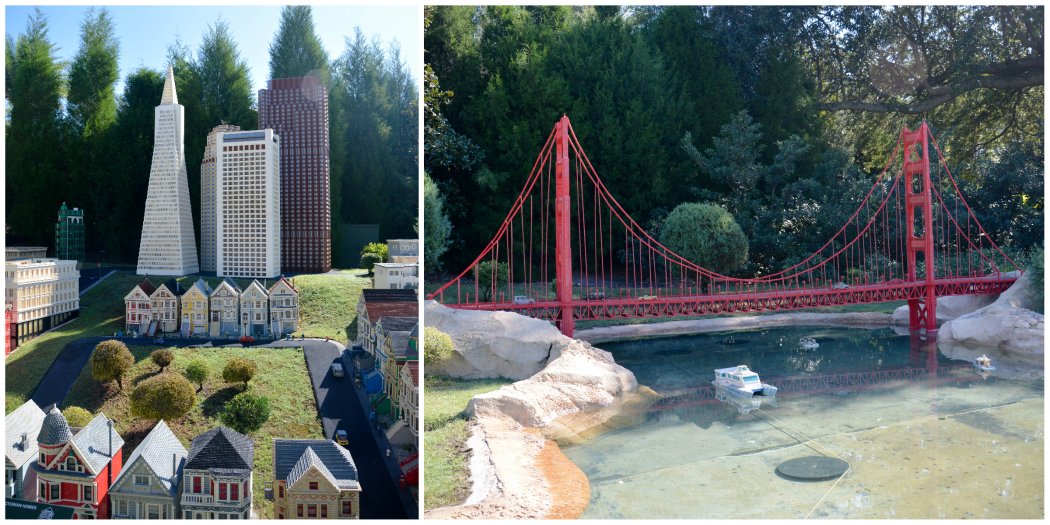 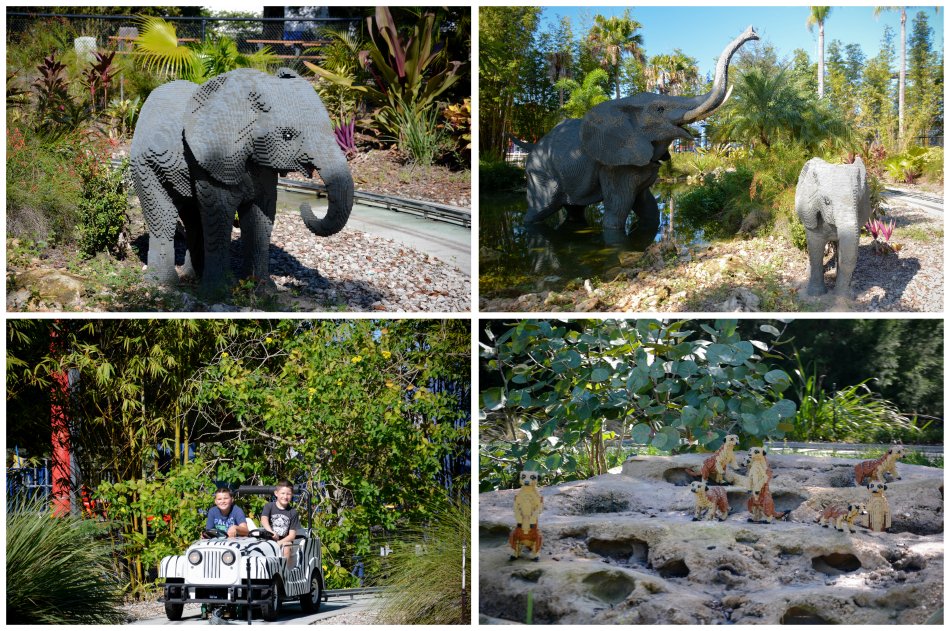 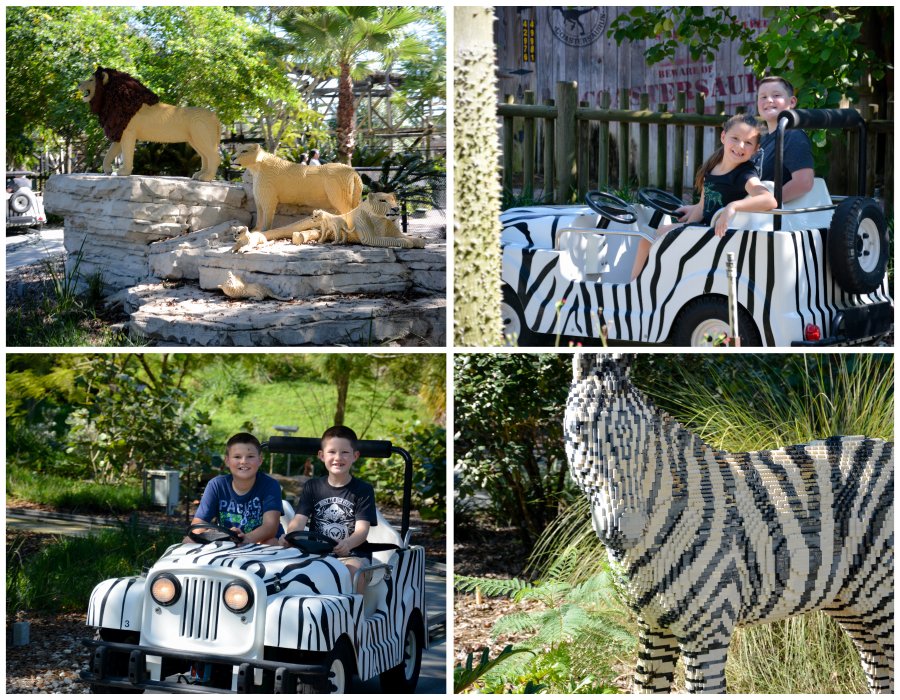 The attention to detail was amazing.  I cannot imagine making such elaborate creations out of Legos. 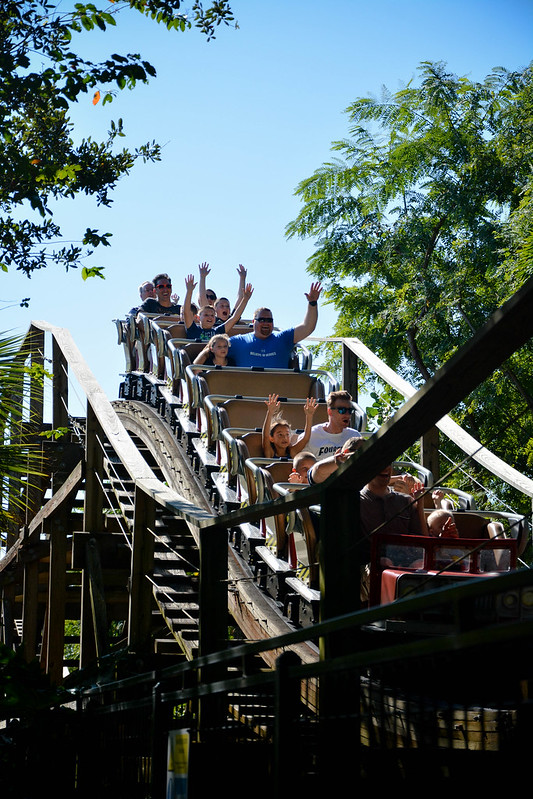 While the big kids went on rides, Ellie got to try out the test cars. 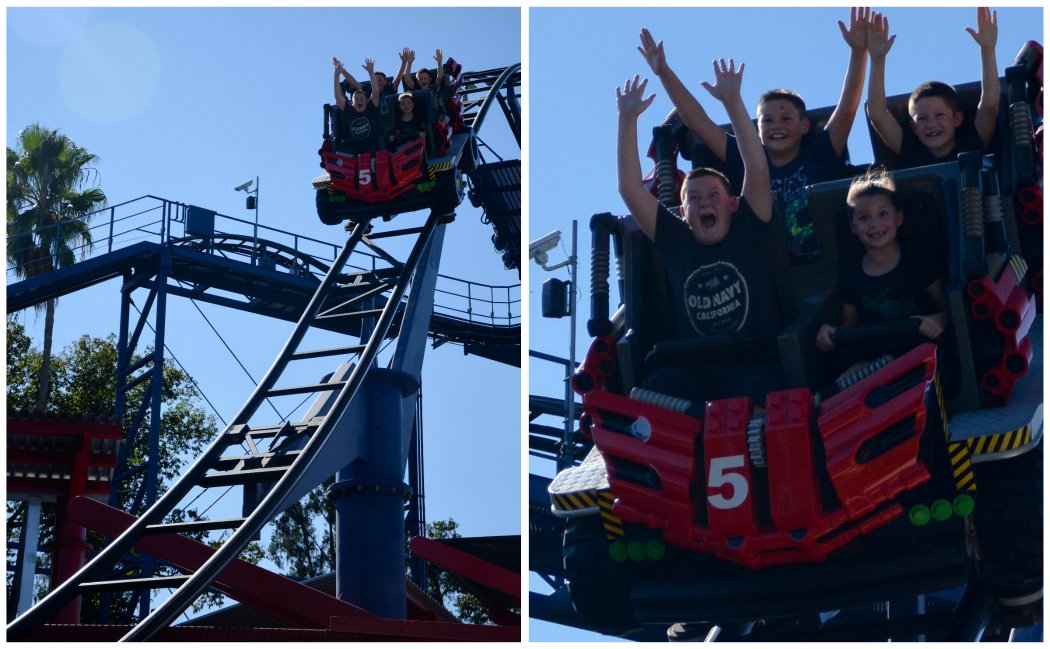 And Ellie loved the baby play areas (and playing with the map)!

Jacob took the kids on the boat ride. 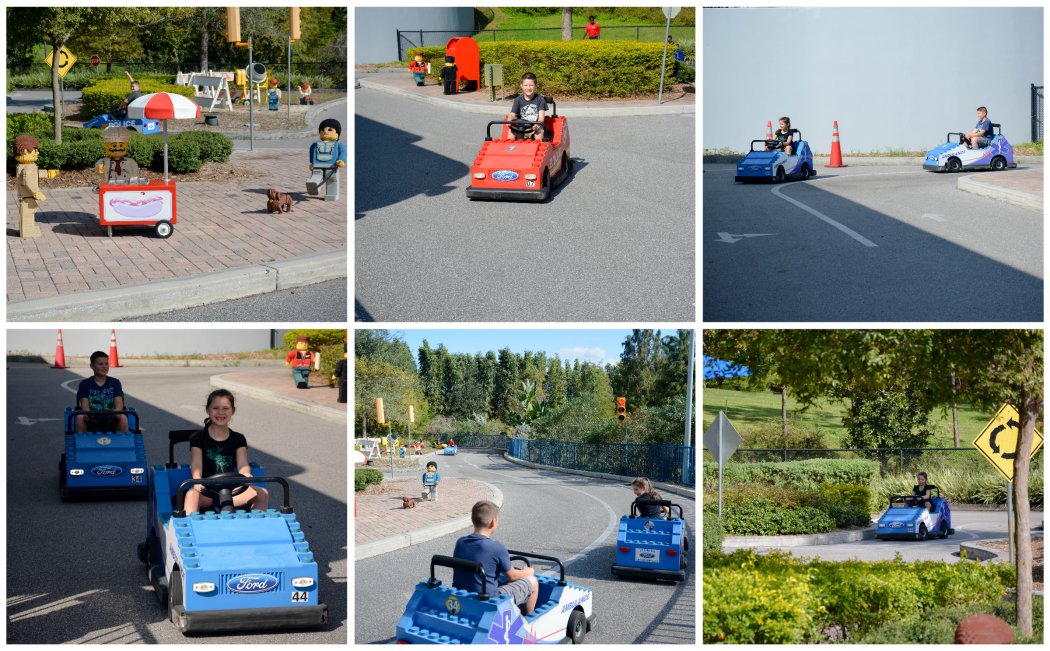 Although it had a long line for a relatively short ride, the Ford Driving School was a definite favorite.    The area was laid out like city streets and the kids could drive wherever they wanted to!

Ellie ate ice to keep cool (it was ridiculously hot and humid for November!) and then took a nice long nap.  We stopped for ice cream cones while she slept! 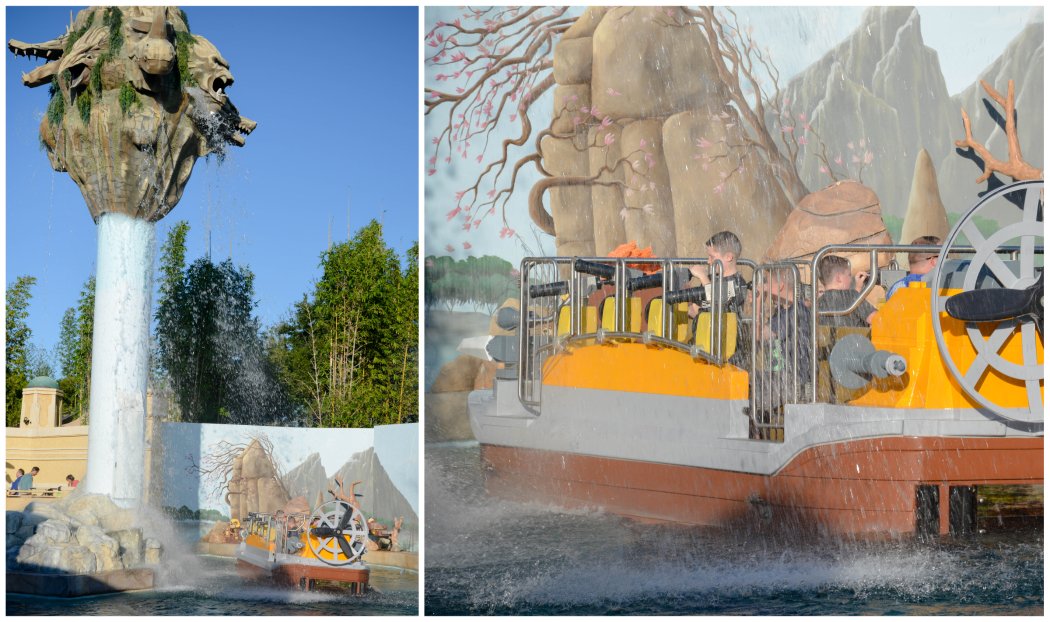 Jacob agreed to take the kids on the Chima water ride thinking that it was a log ride. 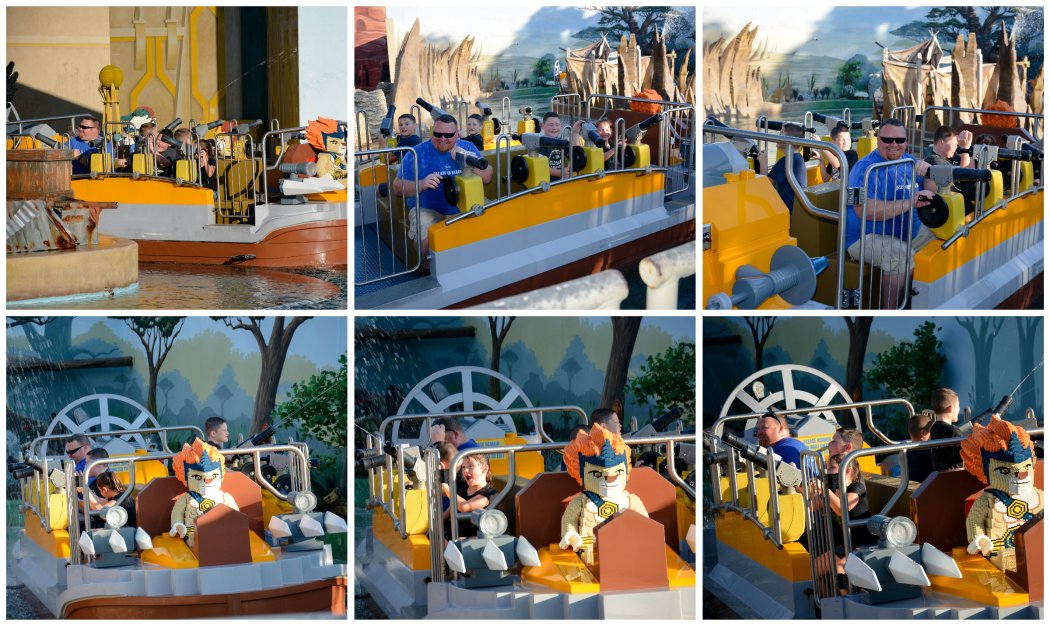 Yeahhhh, not so much.  It was a boat ride with guns so that you could shoot other riders (or people watching on the bridges) and everyone got SOAKED!

We wrapped up our day at Legoland in Duplo Valley and did all of the little kid rides.  Ellie LOVED the train!

After a fun day at Legoland we loaded the kids back in the car and made the 45 minute drive back to Orlando and checked into our next hotel.  Everyone got cleaned up and then we were off in search of something for dinner.  As we were getting closer to WDW the questions started up again and definitely intensified when we pulled past the "Welcome to Walt Disney World" signs.  We told the kids that we were going to stop at the Polynesian to check out the pins and then we would find something to eat.  They begged to go to 'Ohana for dinner since it's their faaaaaavorite place everrrrrr and Jacob explained that 'Ohana doesn't take walk-ups and we couldn't go.

While Jacob took the kids to the gift shop (and Ellie tried to get him to buy EVERYTHING), I checked in for our dinner at 'Ohana.  We planned this trip to Florida on somewhat short notice, at least by Disney standards, and since I didn't book dining reservations when they opened 6 months out, I originally wasn't able to get one for 'Ohana.  I tried and tried and tried for nearly five months and then I lucked out the night before and snagged a reservation at a perfect time.  The kids were beyond excited that they were getting dinner at their beloved 'Ohana!!

They ate, and ate, and ate, and ate some more!!  Christopher took Ellie up for the birthday celebration and they got to dance around the restaurant.  We had a view of the fireworks over Cinderella Castle at the Magic Kingdom and our waiter even brought out a plate of M&M's for Ellie since she loved that they were the garnish on the kids' dessert.  After a delicious dinner, we hopped on the monorail for a ride around Disney World before heading back to our hotel.
Posted by Jennifer at 5:30 PM