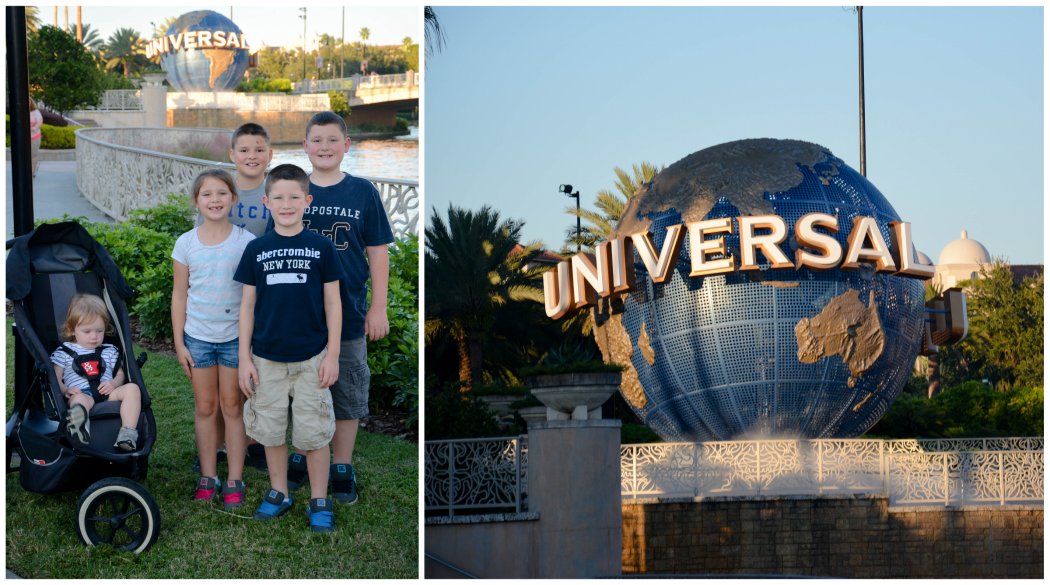 After our fun morning at Okefenokee Swamp, we continued driving south into Florida.  The kids went on and on about how they thought we were going to Disney World and we continued refusing to answer any questions!  As we got closer to Universal Studios, they switched their thinking and became adamant that we were going to Universal Studios instead of Disney World on this trip.  We didn't want to mislead them and have upset kiddos so when we pulled off at the Universal exit we explained that we were just stopping for dinner and not going to the parks.  Luckily, they were excited to check out CityWalk! 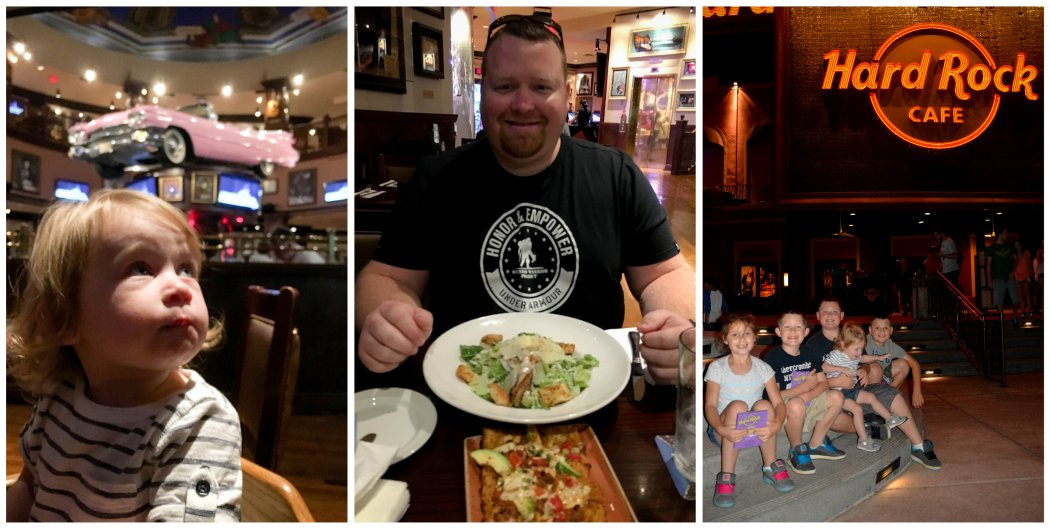 We went to Hard Rock Cafe for dinner and since it was Veteran's Day, they graciously comped Jacob's meal- it was an unexpected, but much welcomed, surprise!  The kids had fun checking out the memorabilia around the restaurant but the pink Cadillac (a replica of the one Elvis gave his mother) was the highlight! 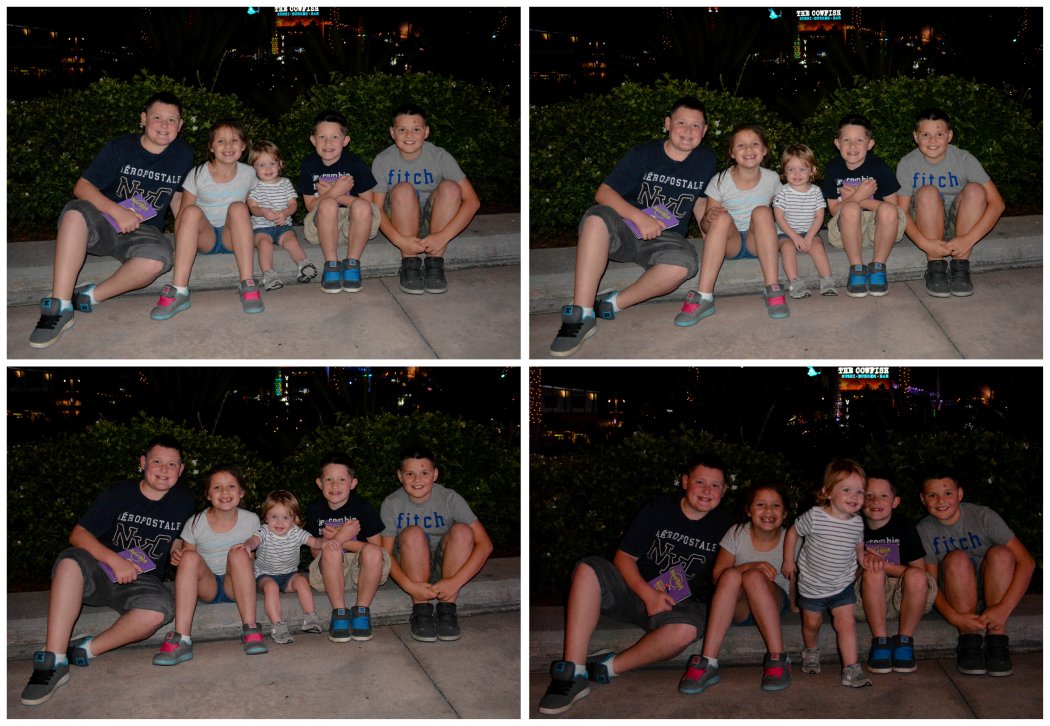 After dinner, we took a few pictures of the kids and then headed back to the car.  As we drove closer to WDW they started up with their questions again and were VERY upset when we stayed on the freeway and continued driving.  It was a long half hour to the hotel with them going on and on about us being the meanest parents ever for bringing them so close to Disney World and not going to a park.  Luckily, all their whining made them nice and tired so once we got to the hotel everyone went straight to bed.
Posted by Jennifer at 5:00 PM