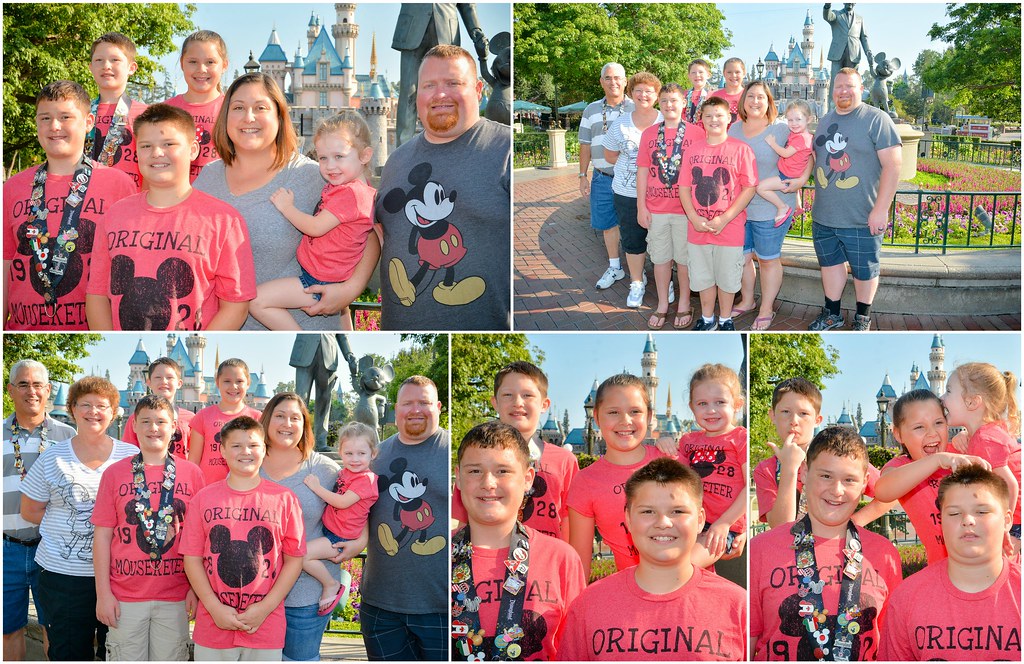 We started out our day at Disneyland with family pictures in front of the Partners statue, just like we always do.  The kids usually cooperate as long as they know they can do silly pictures at the end!

Caffeinated and ready for fun!!  Star Tours was the first ride of the day. 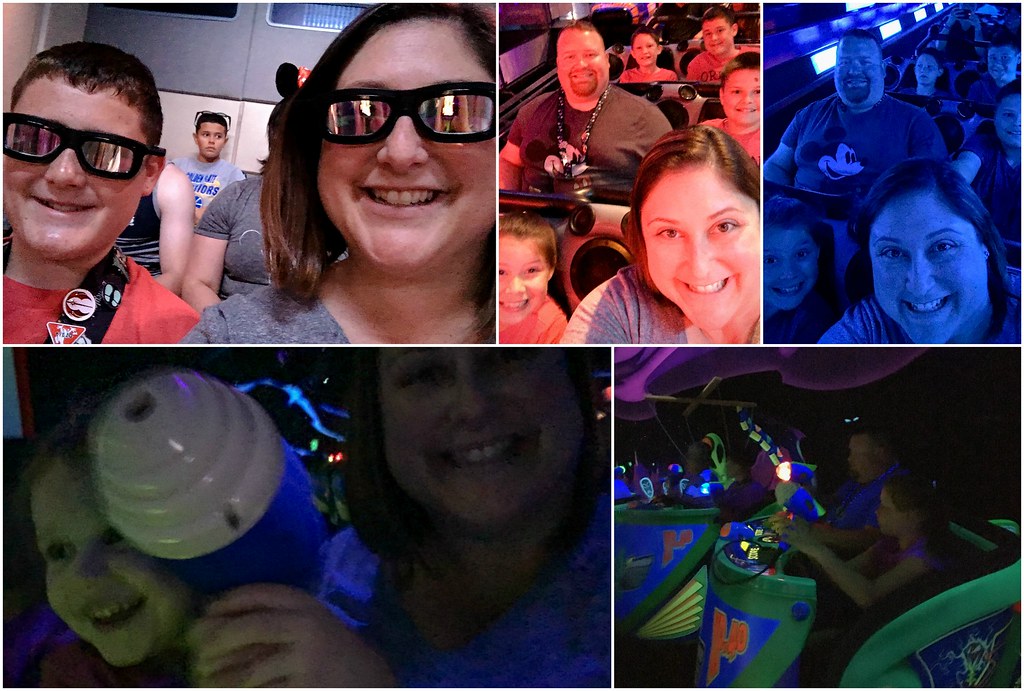 And then we made our way through Tomorrowland. 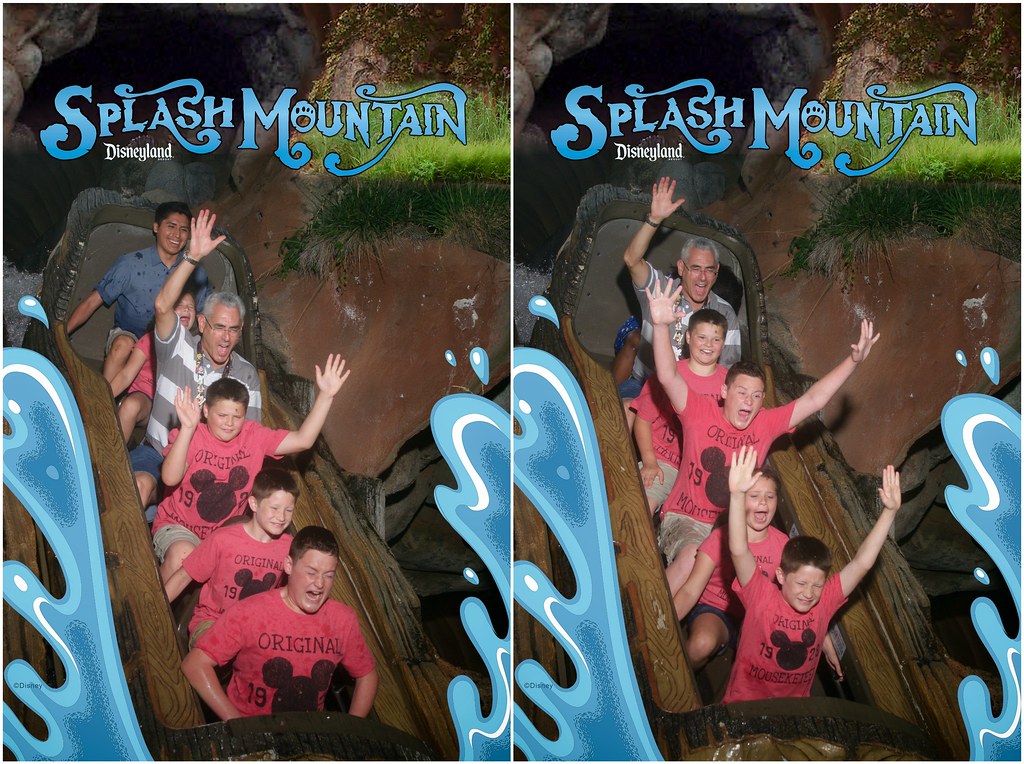 The kids always convince Grandpa to go on Splash Mountain with them-- oh, the things you do for your grandkids! 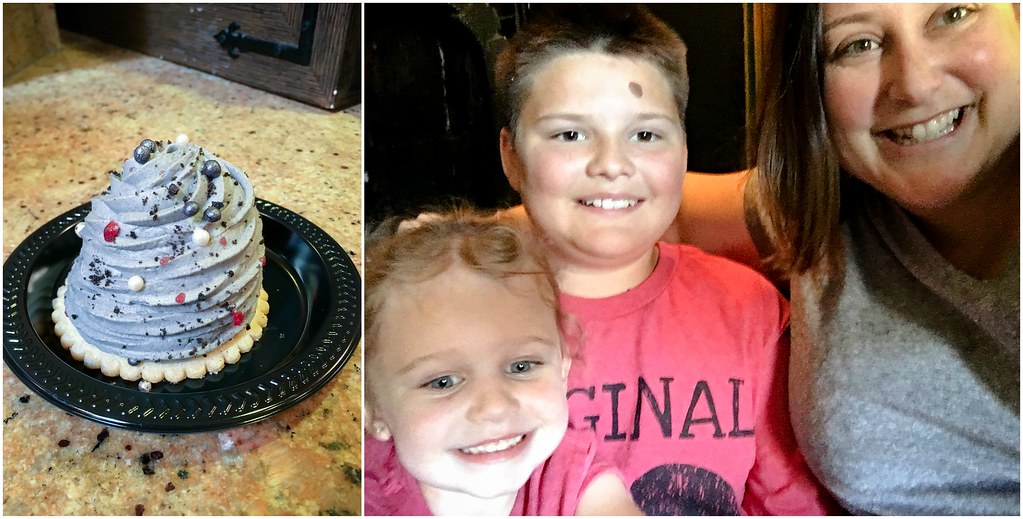 We had lunch at the newly opened Red Rose Taverne- very underwhelming- but the gray stuff was delicious!  Then it was off to Fantasyland for more rides! 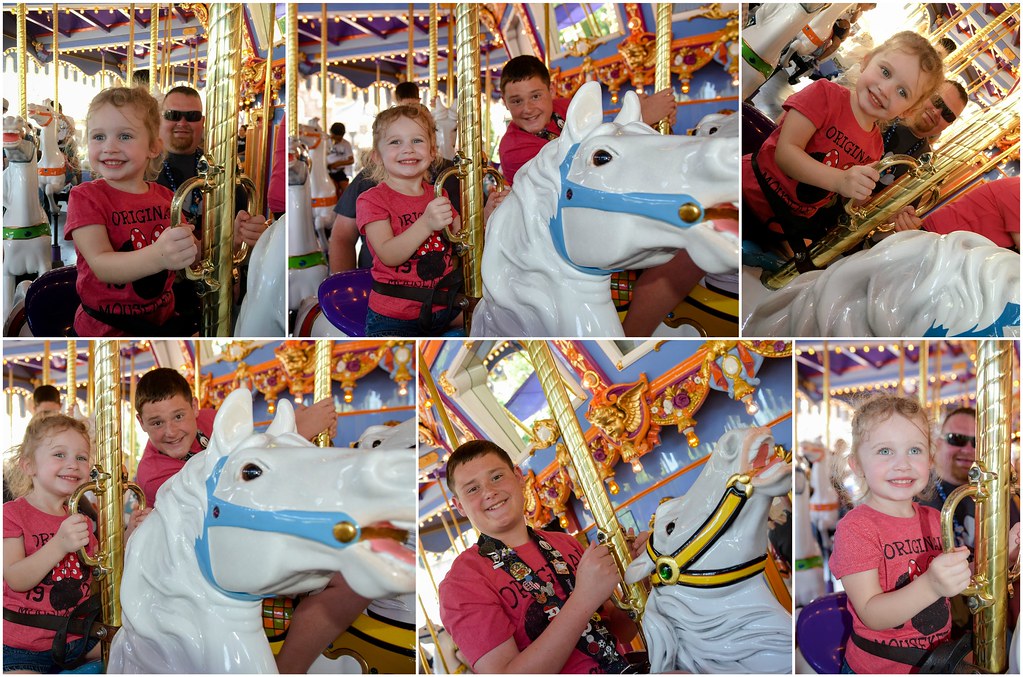 The "horsies" are one of Ellie's favorite rides and the big kids are such good sports to go on EVERY time we go! 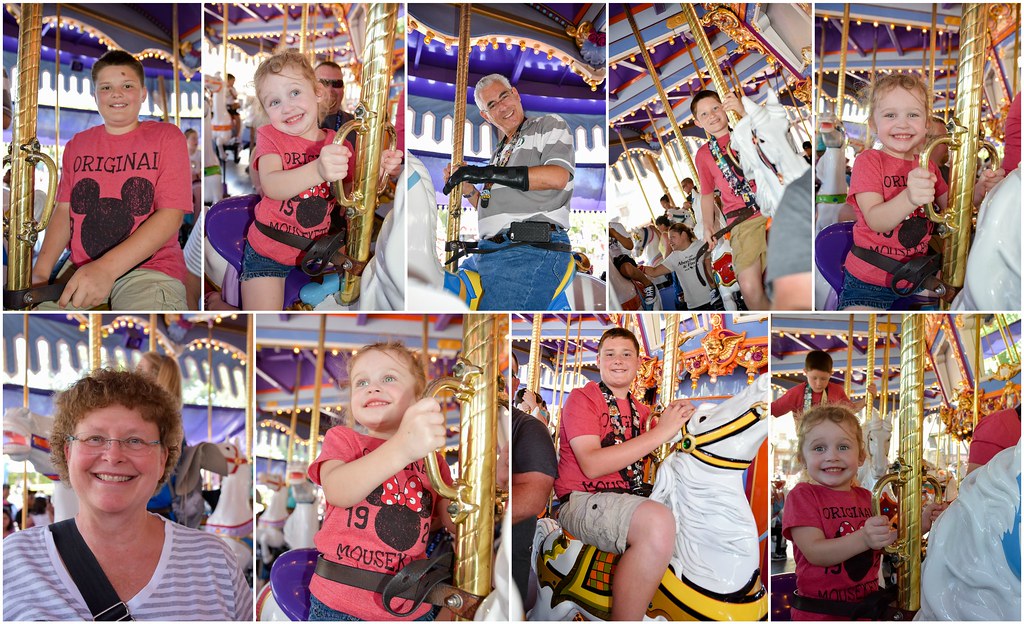 We try and switch ride buddies for each ride so that everyone gets a chance to ride with everyone-- or at least as close to it as we can! 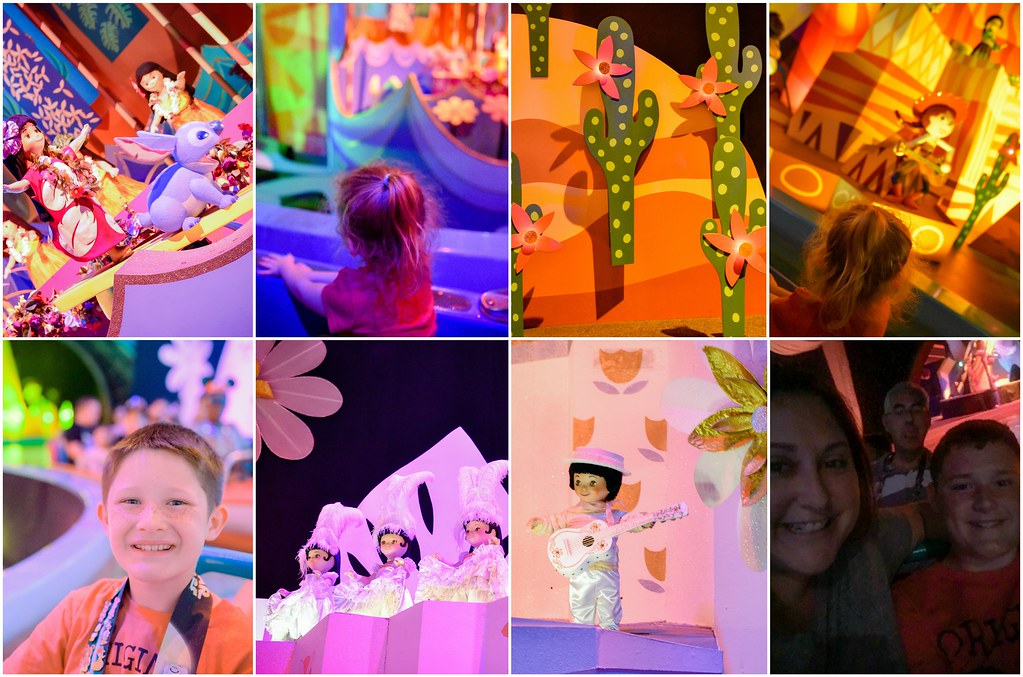 "It's a world of laughter, a world of tears, It's a world of hope and a world of fears, There's so much that we share, that it's time we're aware, It's a small world after all..."  And on, and on, and on....  Much to the chagrin of some members of our party (Grandpa!) we got stuck on the ride and had to go around two extra times before we could disembark the "happiest cruise that ever sailed."

The "Mickey and the Magical Map" show was a great break from the heat and we were all pleasantly surprised with how good the show was.

We met the nicest Cast Member, J'Amy, at the Jungle Cruise, and after chatting with the kids in line for awhile (and hearing about their dissatisfaction with a previous CM), she sprinkled us with some pixie dust in the form of the elusive "golden fastpass" and a private Jungle Cruise!! 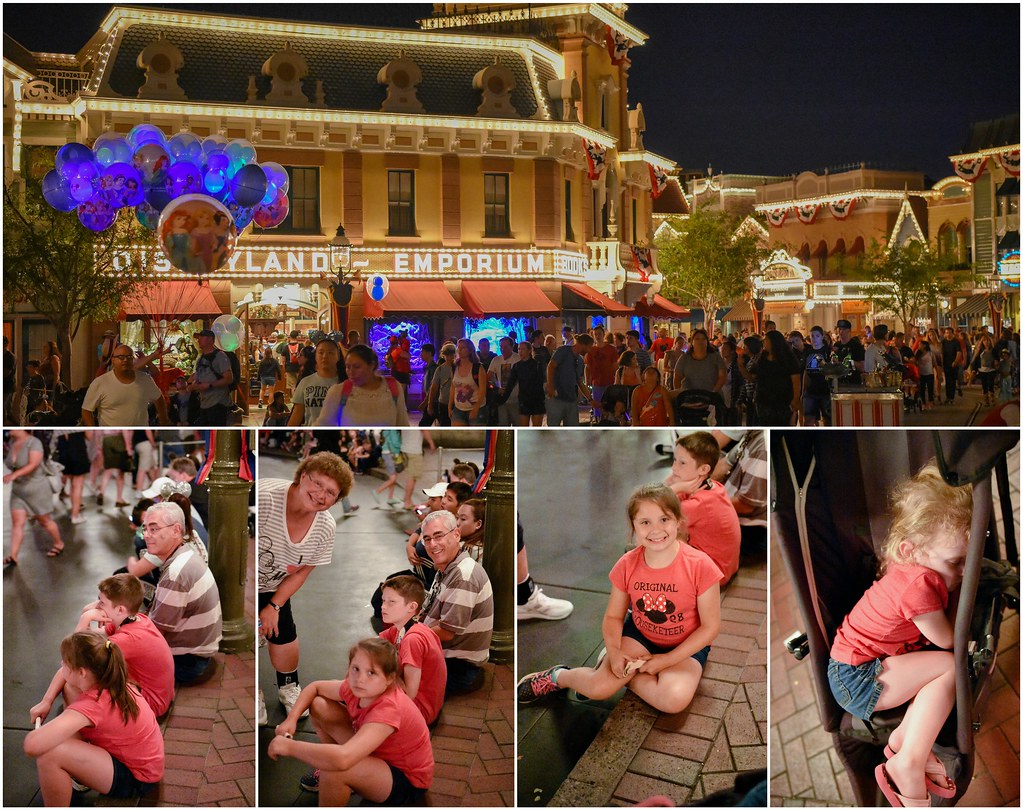 We staked out spots for the Main Street Electrical Parade down by City Hall.  We were so excited that the parade was extended until August because it was originally supposed to end the day before our trip-- and we LOVE the MSEP!! 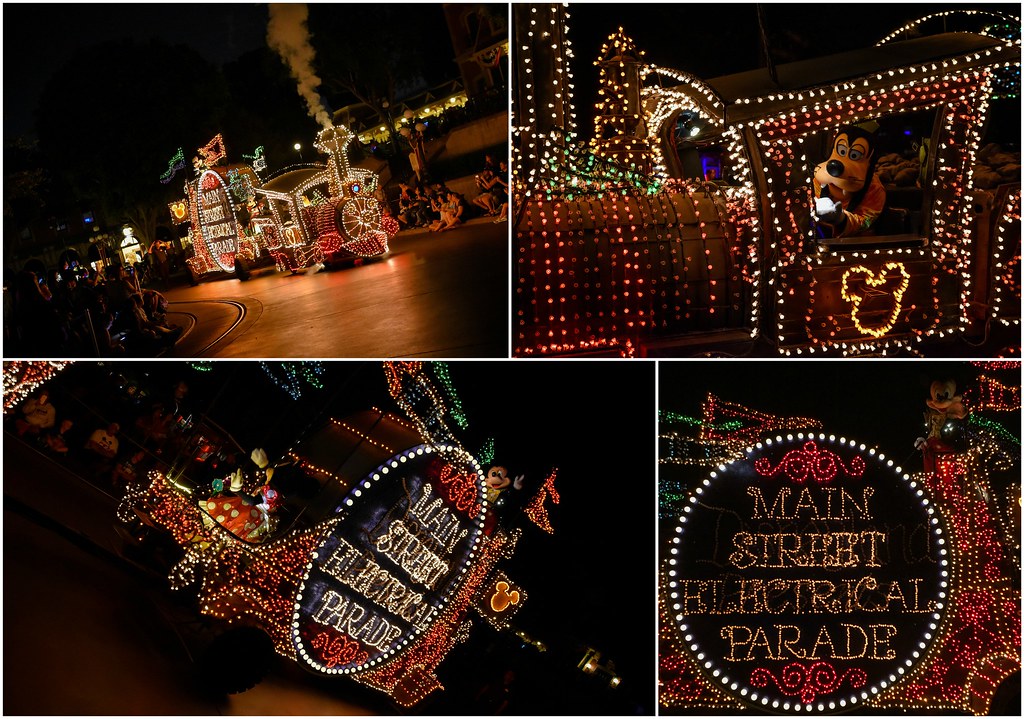 The spinning turtle has always been my favorite! 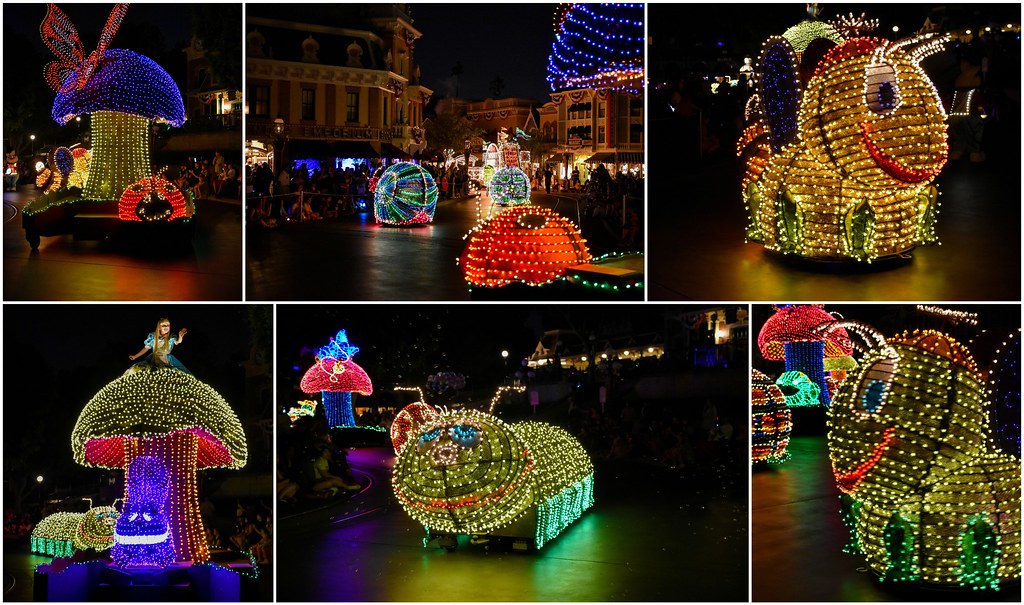 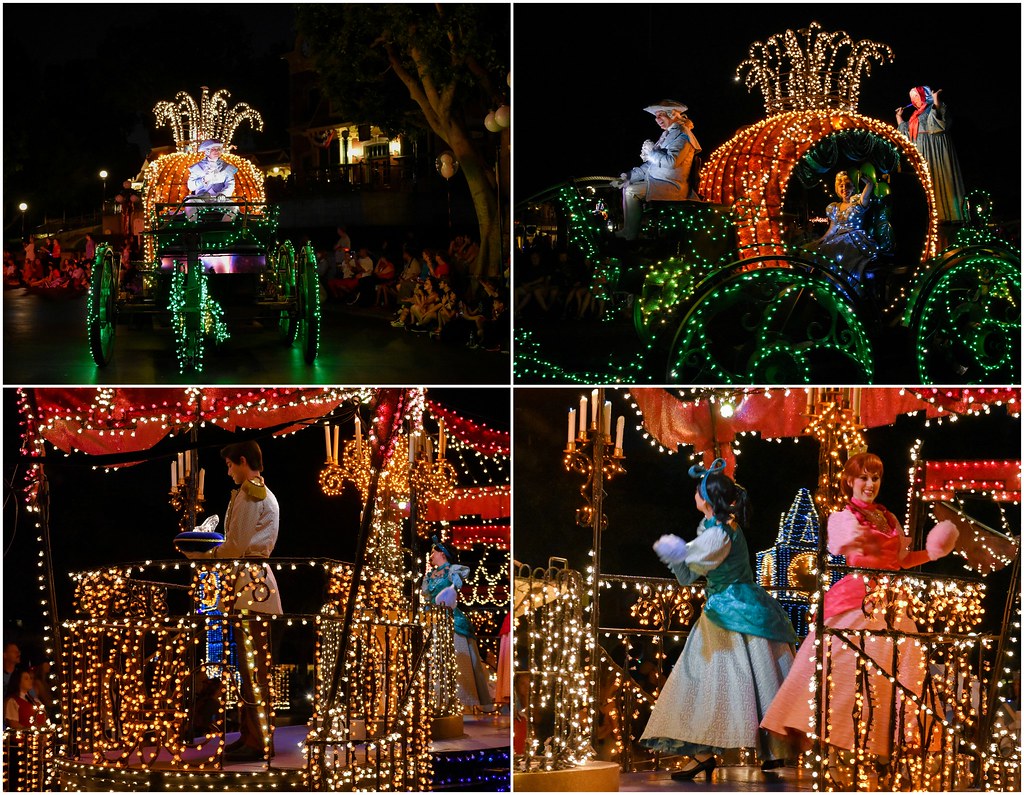 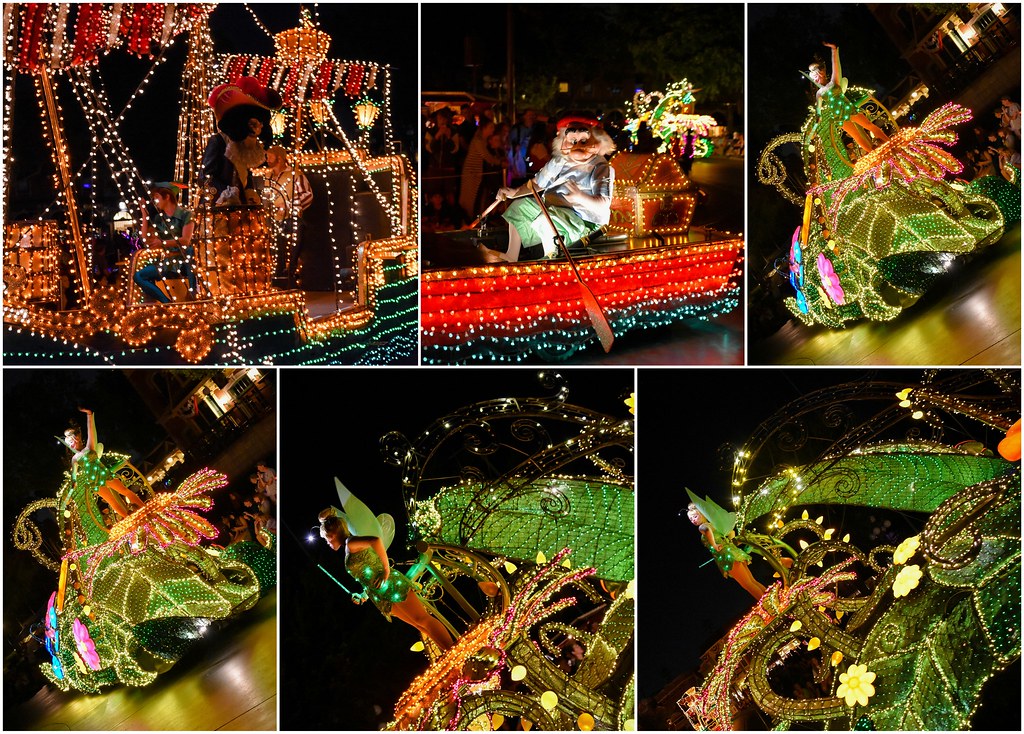 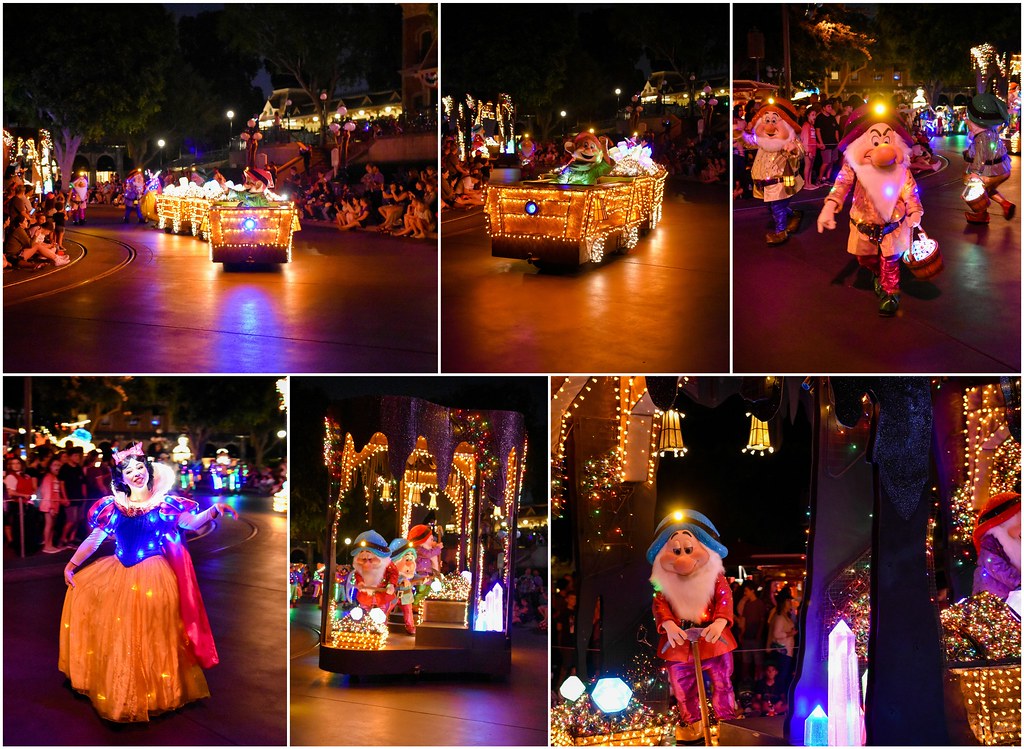 - Snow White and the Seven Dwarfs -