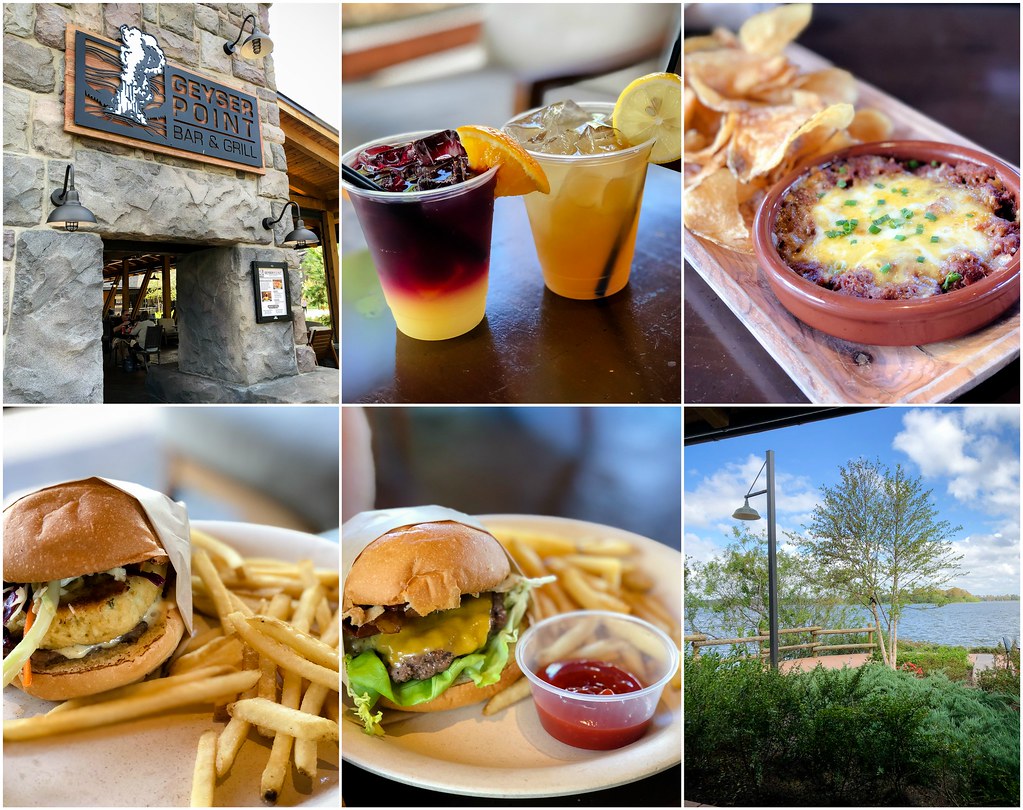 Since we were planning to be out late at Mickey's Very Merry Christmas Party, we slept late and enjoyed a relaxing morning.  We checked out the new Geyser Point Bar and Grill at Wilderness Lodge for lunch and loved the food and the location!!  Geyser Point lunch: Cascadia Sangria Cocktail, Northwest Iced Tea, Cheesy Barbecue Brisket, Crab Cake Sandwich, and the Bison Cheeseburger. 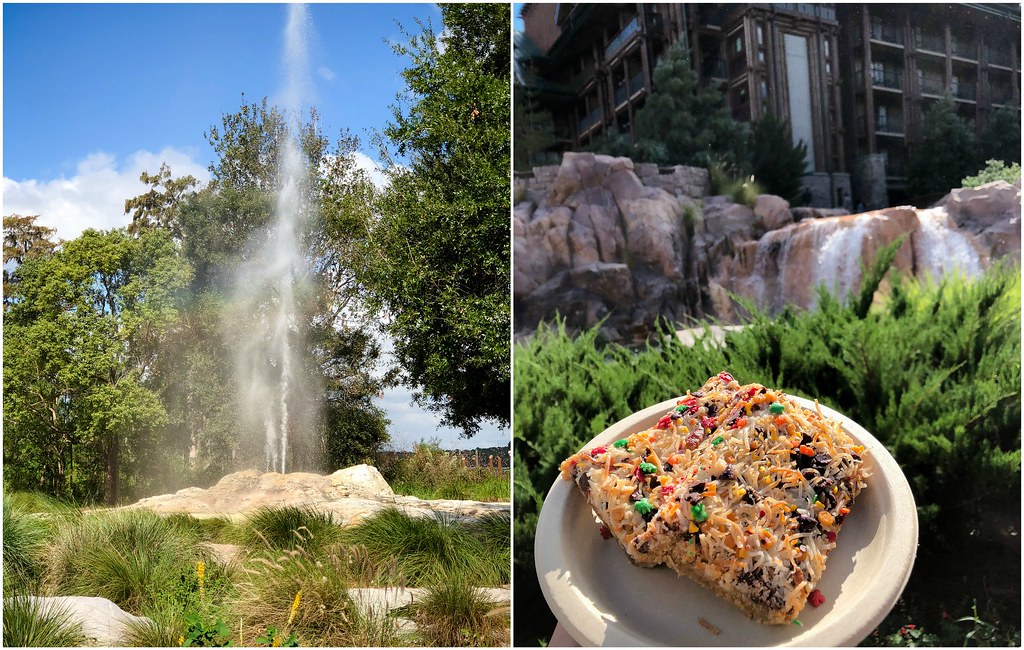 We really loved the grounds of the Wilderness Lodge from the Fire Rock Geyser to Copper Creek Falls, and the Magic Cookie Bars from Roaring Fork didn't disappoint either!

We headed over to the Magic Kingdom at around 4pm for Mickey's Very Merry Christmas Party!

We started with pictures in front of Cinderella Castle (surprise, surprise)... 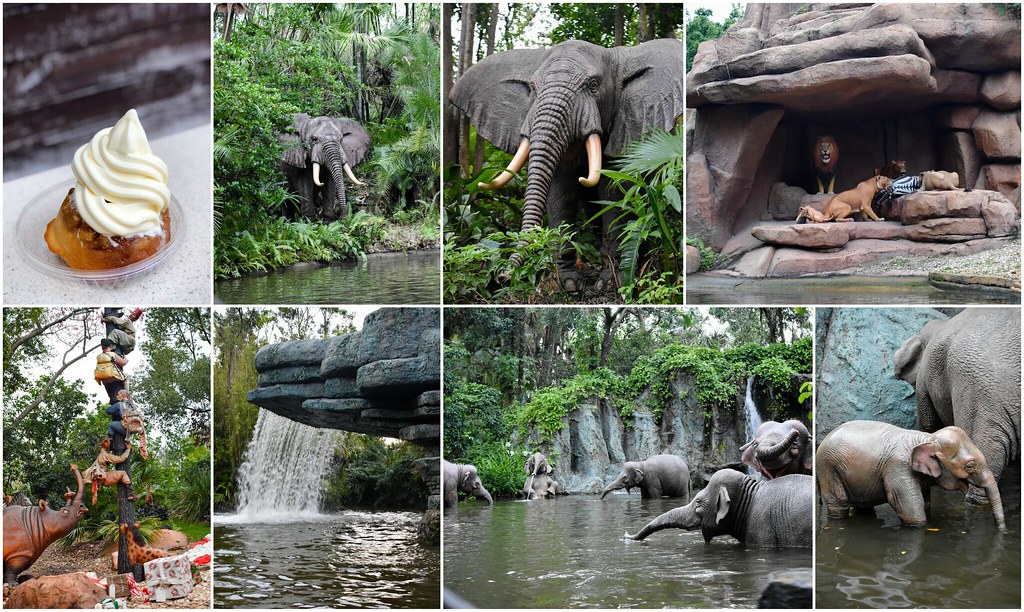 ... and then tried the new Pineapple Upside Down Cake with Dole Whip at Aloha Isle and went for a spin on the Jingle Cruise. 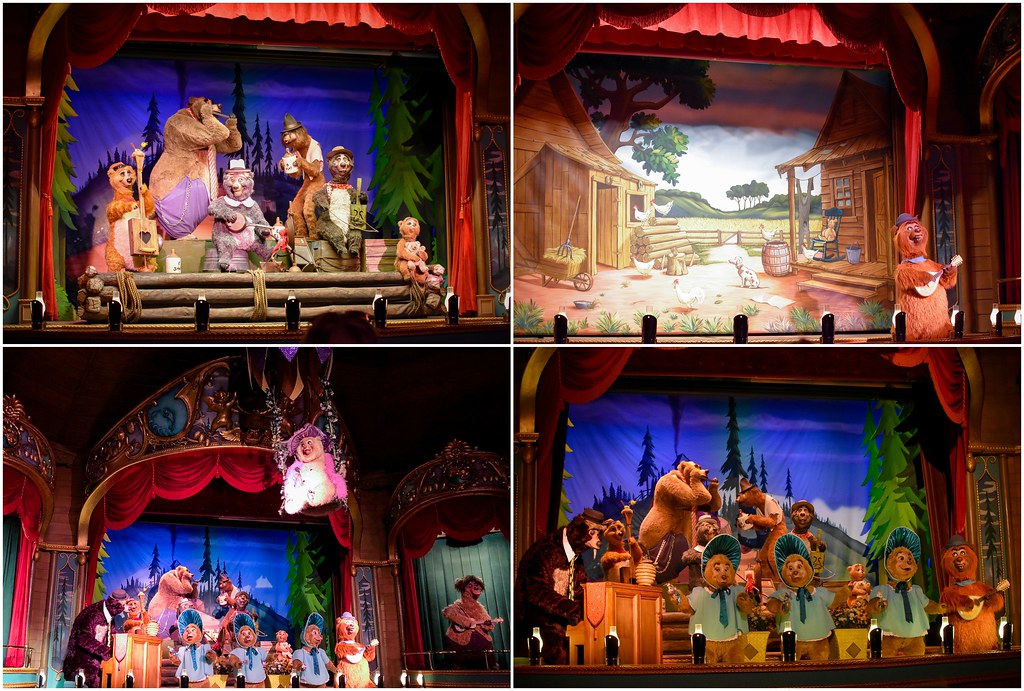 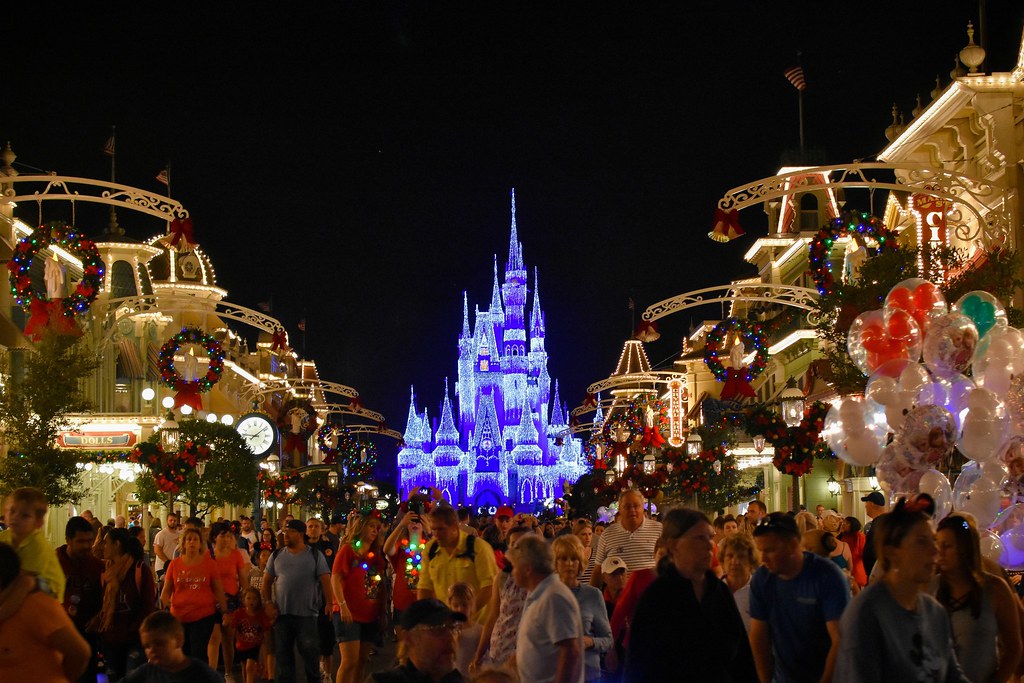 We staked out our favorite parade spot a few hours before the first parade only to be told after sitting there for over an hour that the area we were in was going to be roped off for a VIP group.  We were not happy campers since we'd wasted party time and lost our great spot but decided to go on a few rides and have some cookies instead of being upset.

The PeopleMover always puts a smile on our faces!!  The cookies, cocoa and chocolate milk helped a bit, too!! 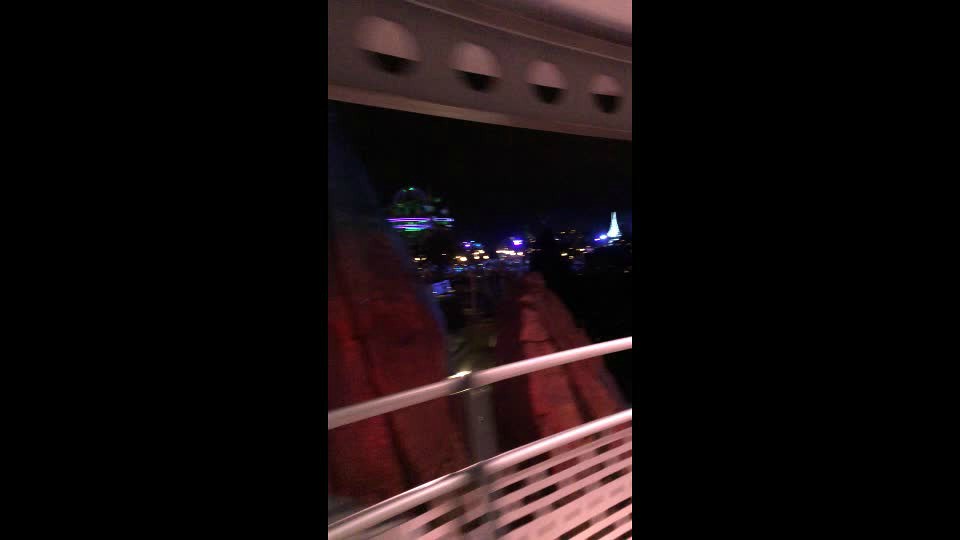 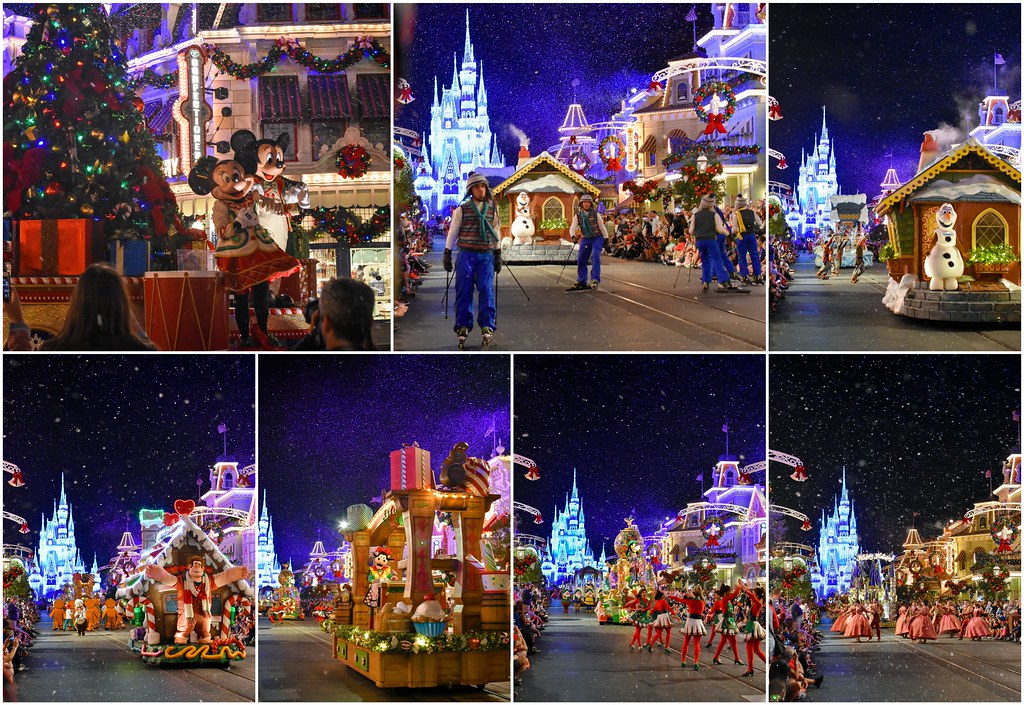 We headed back to our original spot right before the first parade and convinced the CM's to let us join the media group from Argentina-- we just had to promise to stay out of their way!  While we weren't in exactly the same place that we started, it was still a great view! 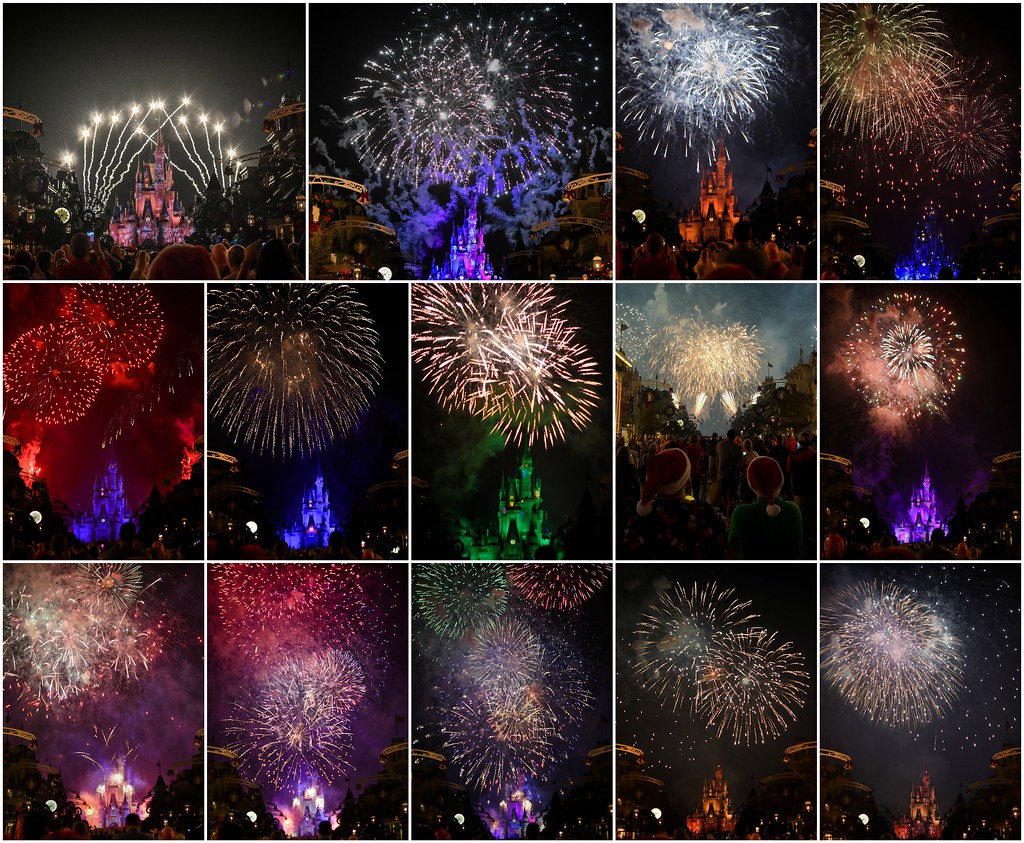 - Holiday Wishes from the Christmas Tree on Main Street -

After the first parade ended and the media people packed up their gear, we moved back to our original spot to watch the second parade.  After sitting on the curb for a couple of hours we were treated to a another great view of  Mickey's Once Upon a Christmastime Parade. 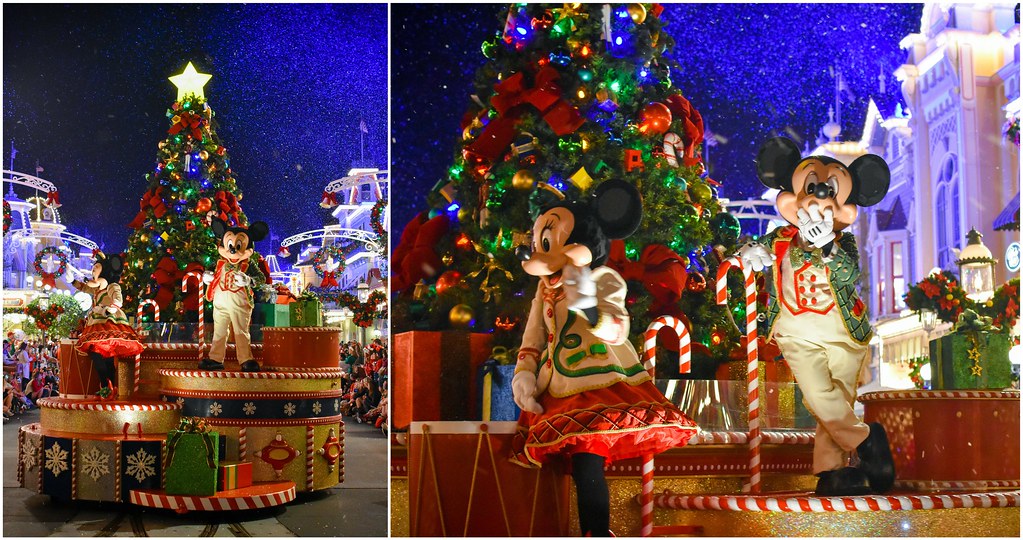 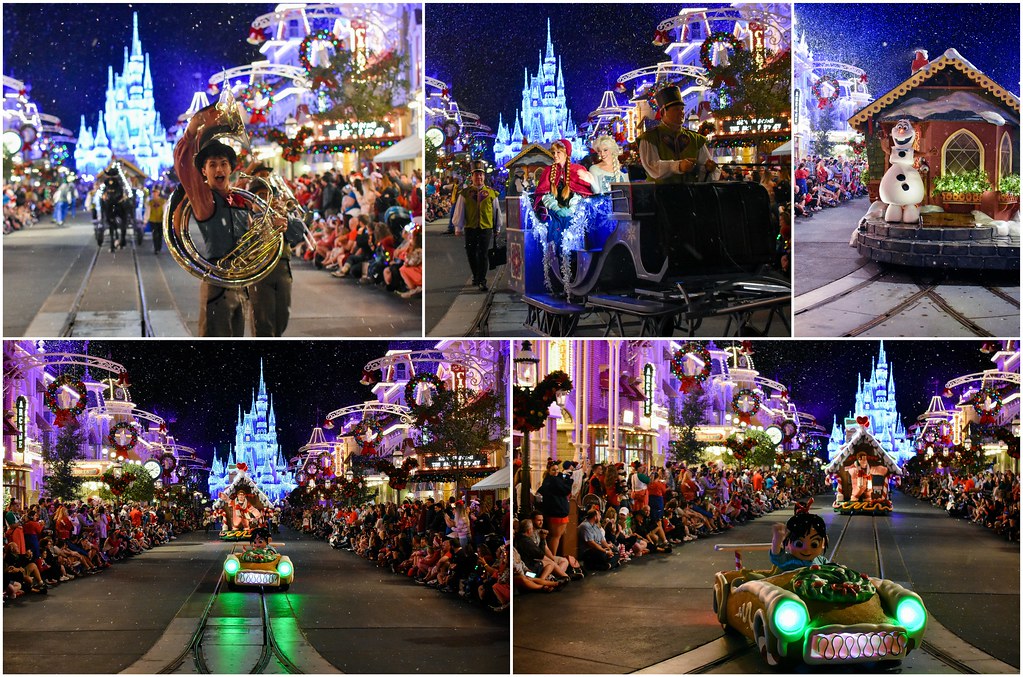 - Characters from Frozen and Wreck It Ralph -

One of my favorite things about this parade is the delicious scents that accompany the floats! 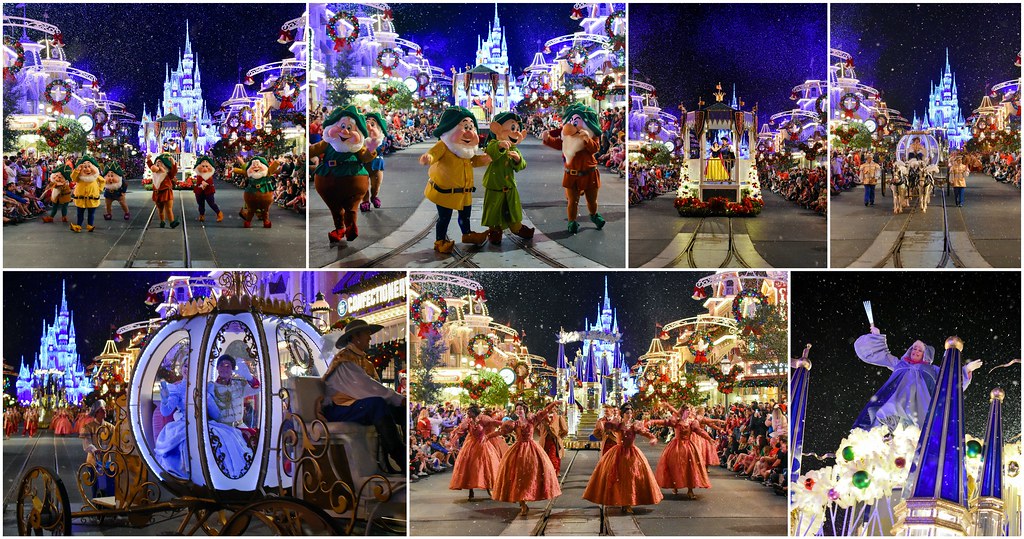 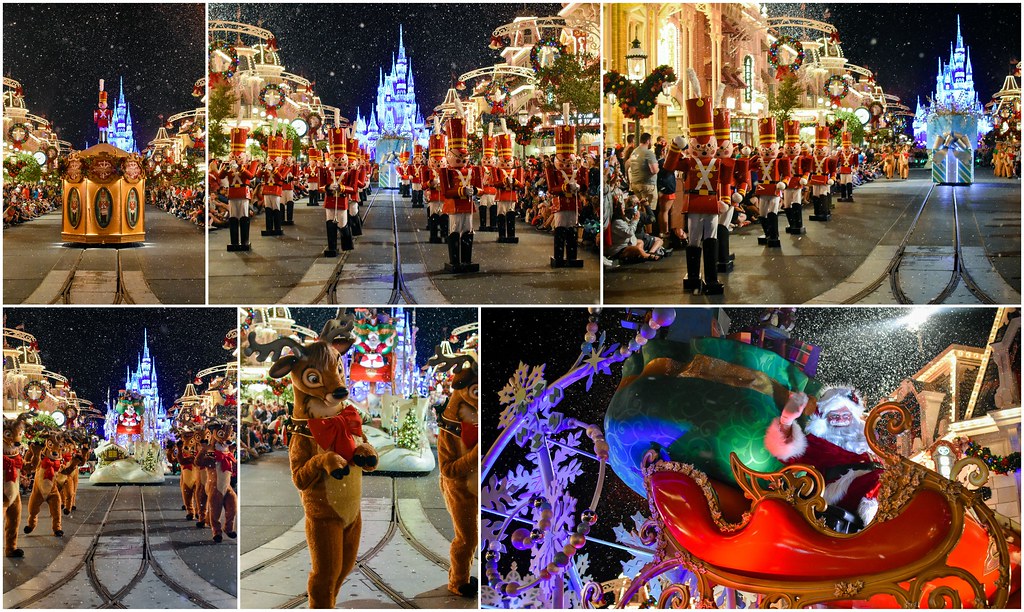 The toy soldiers are without a doubt, the best part of the parade, followed closely by those silly reindeer!

Between the projections and Dream Lights, Cinderella Castle looks AMAZING during the holidays.

Once the park started to clear out, we stuck around to get pictures with the castle covered in Dream Lights.

- Gotta get pictures with the castle and the Christmas tree -

They offer such fun Magic Shots during the parties!

We finally left at about 1:30am, but not before getting pictures of an empty Main Street.