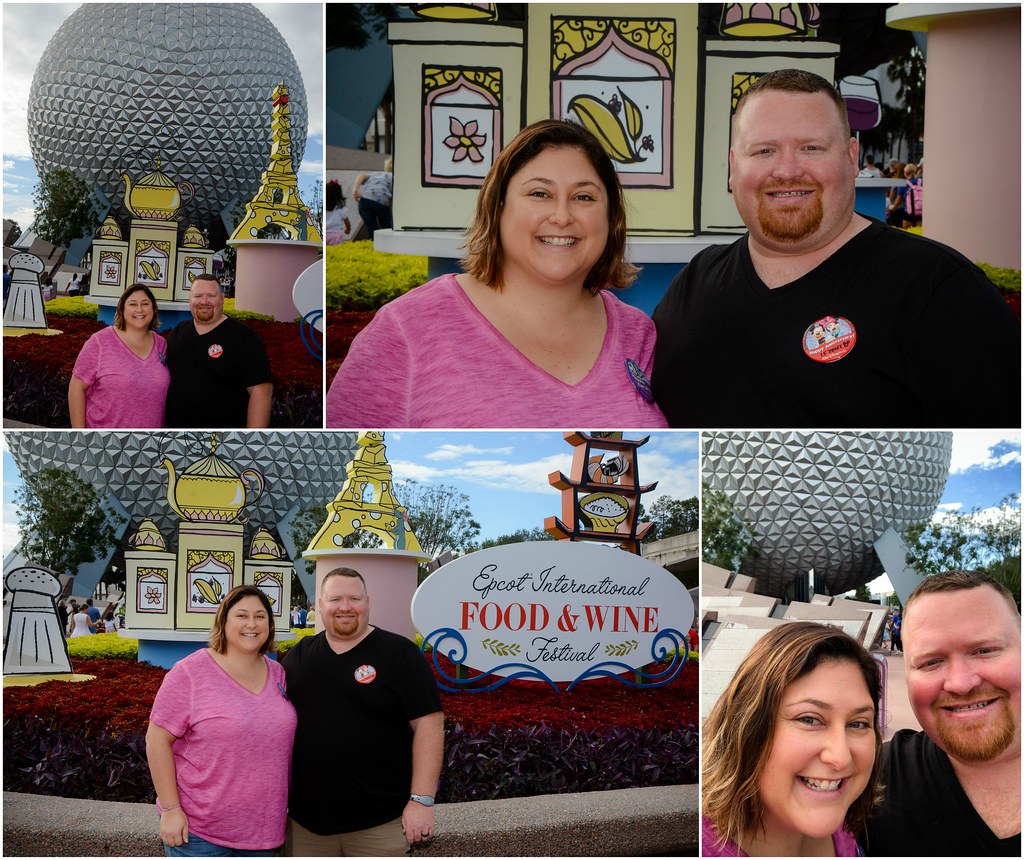 Our first stop at EPCOT was just inside the gate-- pictures with Spaceship Earth! 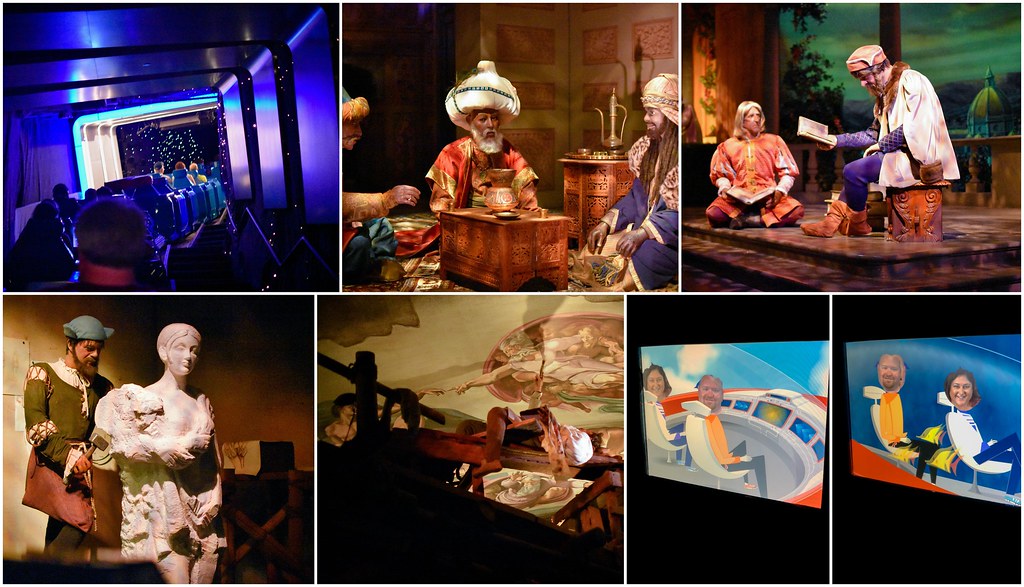 We enjoyed riding Spaceship Earth, too!  Even though we often ride together (the kids usually ride with each other when we go), it was nice to ride without their chatter-- or complaints that they "accidentally" selected Chinese for the audio and had no idea what was going on. 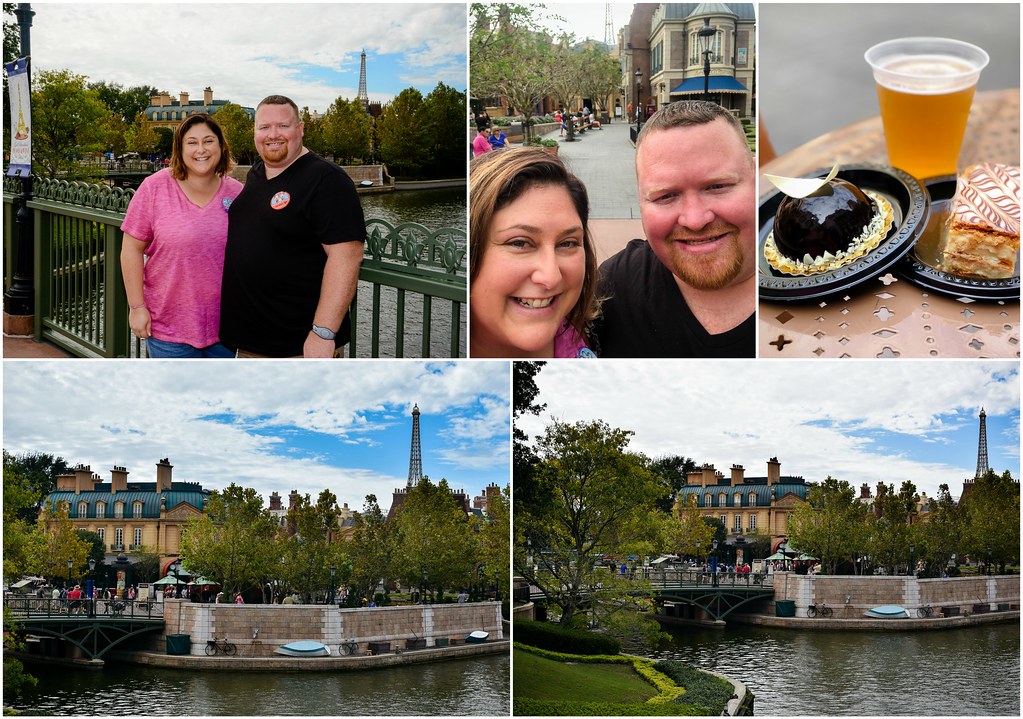 We went to Paris on our honeymoon fifteen years ago so it was fun to celebrate our anniversary in "France" with pastries and Kronenbourg 1664.

Since it was just the two of us, we were able to explore the countries of World Showcase more than we usually do and loved wandering around Morocco. 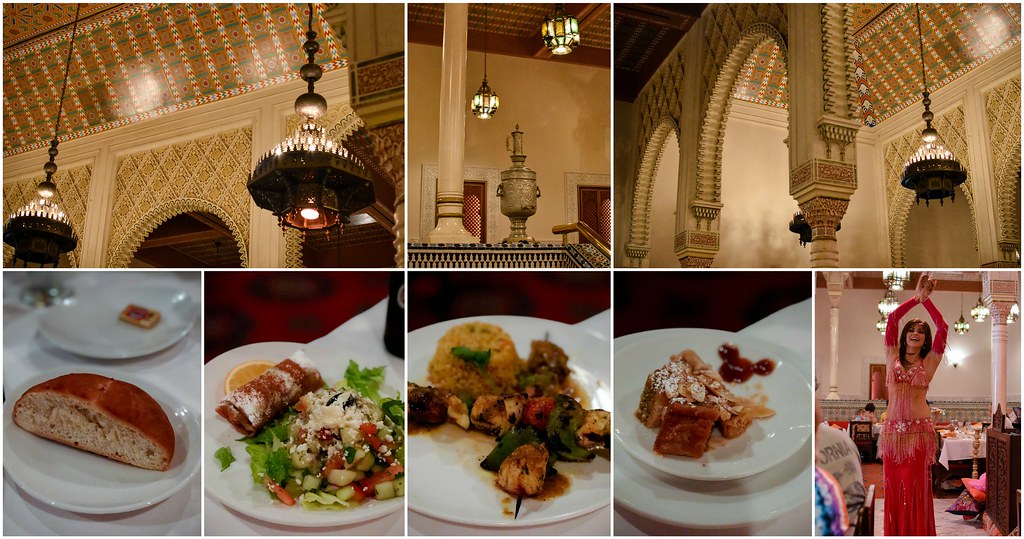 We didn't have lunch reservations because we planned to do Food and Wine Festival booths, but ended up having a spectacular lunch at Restaurant Marrakesh in Morocco.  We both ordered the lunch special and it was amazing: bread service, Beef Brewat roll and Jasmina Salad, Chicken Kebabs, and Baklava. 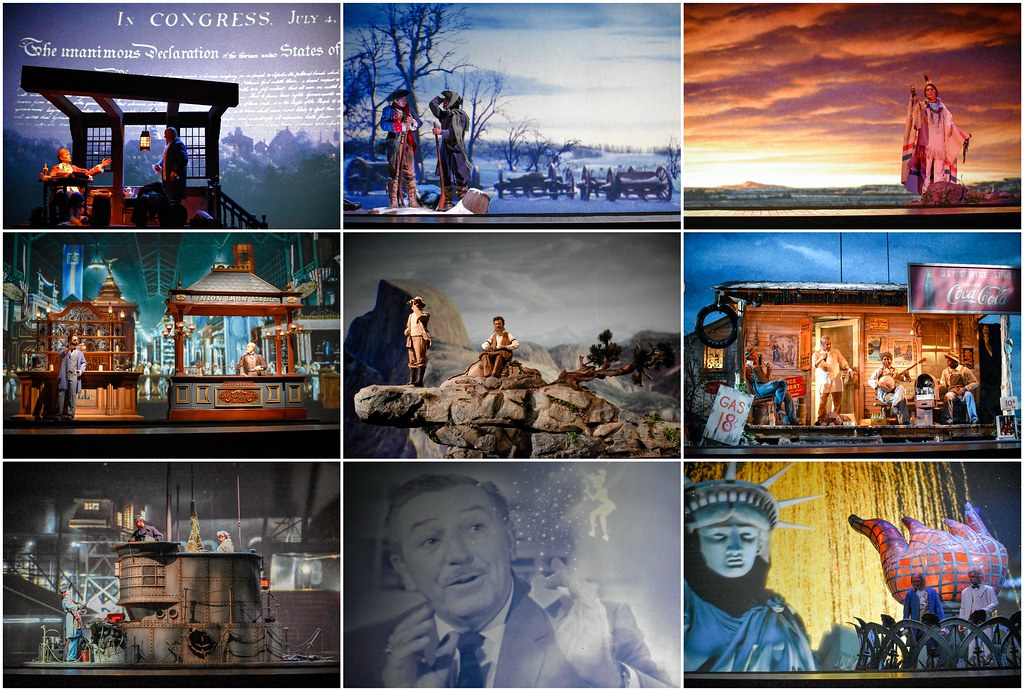 I love to journey through American history in the American Adventure.

We watched the trains in Germany and enjoyed a delicious snack from Karamell-Küche. 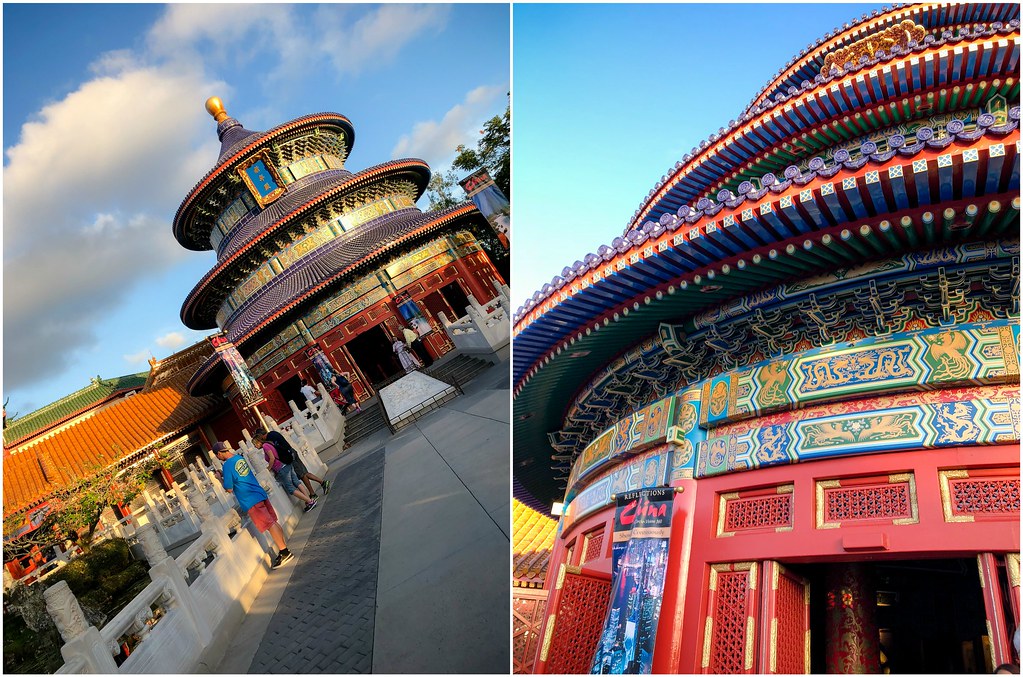 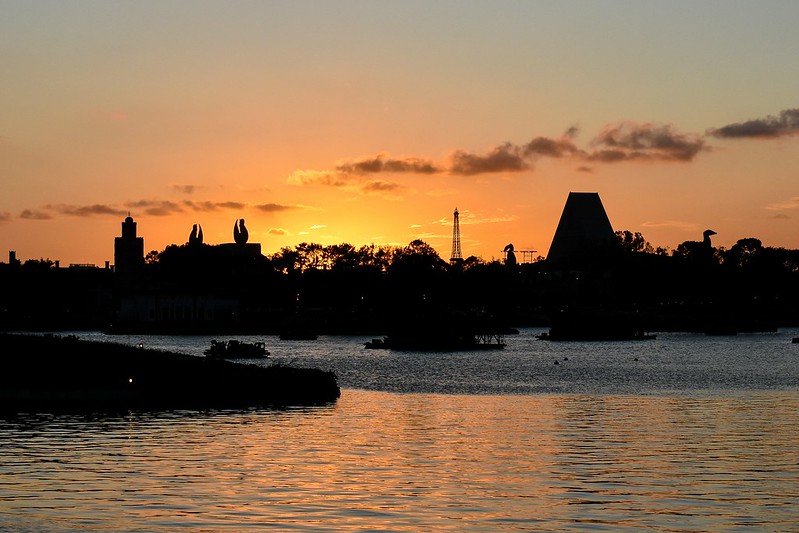 The sun setting over the World Showcase.

We made our way back to Canada for dinner- if only it were actually that easy to explore the world!!  The Canada Pavillion always reminds me of my time living in Calgary and all of the fun places we explored (like Butchart Gardens and Johnston Canyon).

We enjoyed dinner at Le Cellier, the steakhouse in Canada-- another place we haven't gone with the kids!
Dinner at Le Cellier: Canadian Chedder Cheese Soup, Porterhouse for Two, Lobster Mac and Cheese and Loaded Potatoes, and Maple Creme Brûlée.

After dinner we walked around EPCOT and made a stop at Club Cool to try soda flavors from around the world.  While some of them (Fanta!) were great, the Beverly was NOT!  We were treated to frozen Cokes as an anniversary treat! 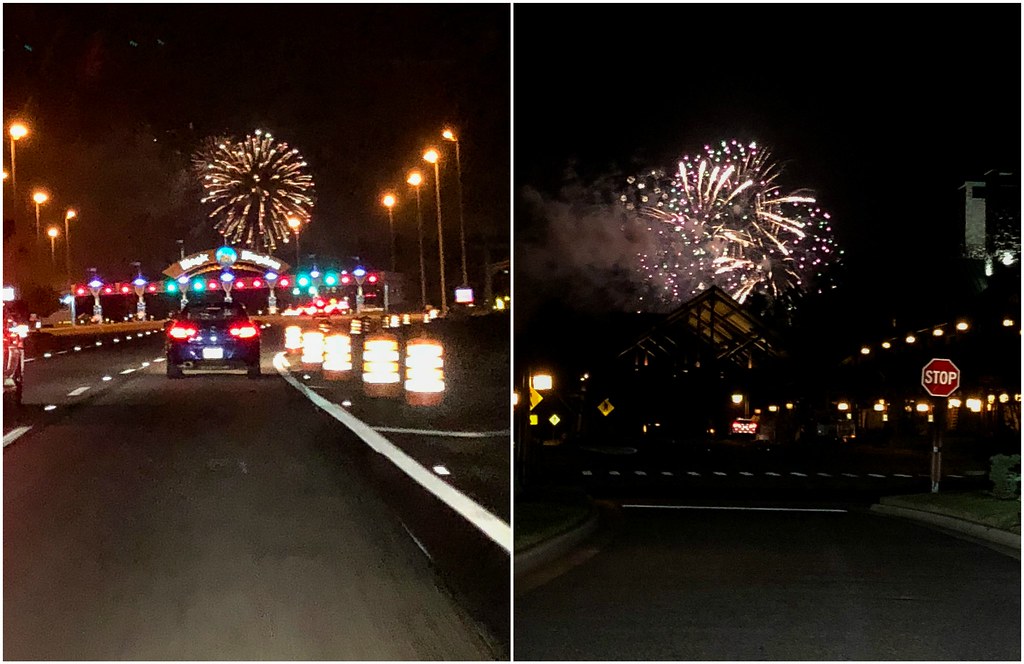 We watched Happily Ever After from the car on our way back to the hotel after a fun day at EPCOT.