Though we've driven through Memphis several times, we've never made a trip to the National Civil Rights Museum.  The museum underwent a major renovation in 2013-2014 and I knew it had to be one of our stops on this trip.  We bought a membership before we left (because a family membership was cheaper than paying for all of us to get in!) so we can go again if we're back in the area! 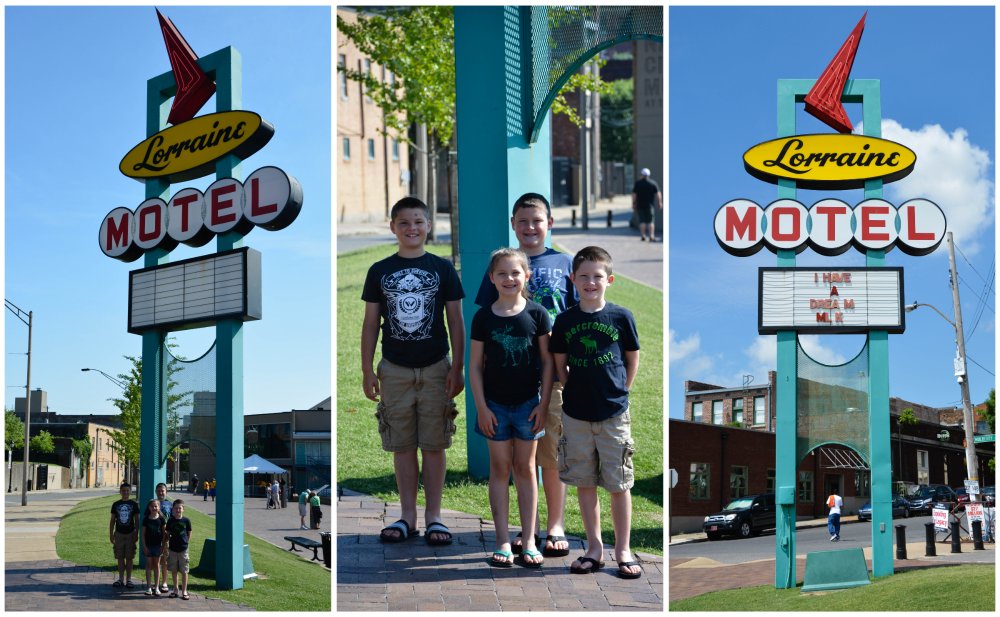 The museum is located at the Lorraine Motel, where Martin Luther King Jr was assassinated in 1968.  While the museum does cover his life and death, it also provides a comprehensive explanation of the entire American civil rights movement. 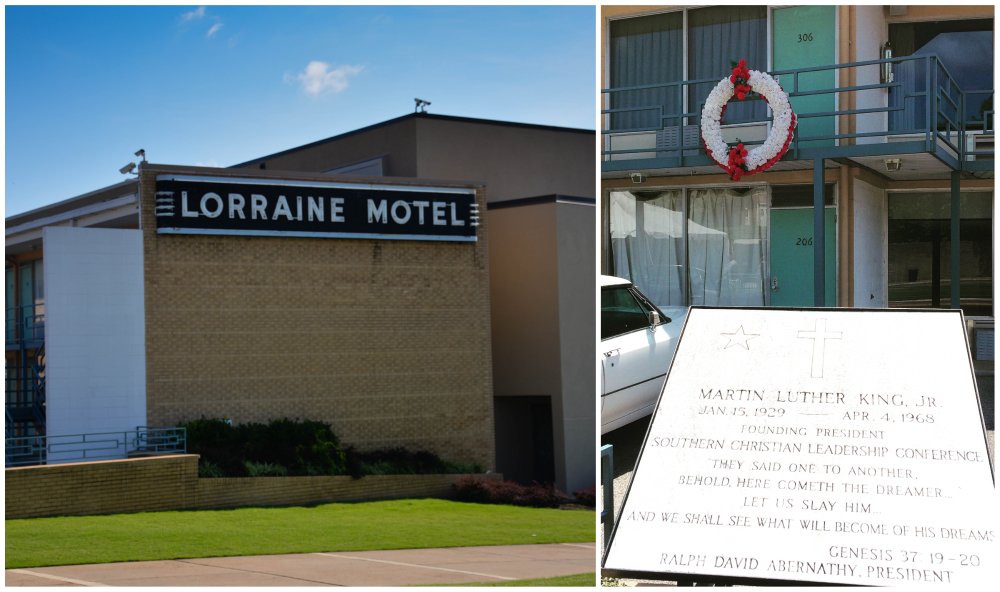 On April 4, 1968, Martin Luther King Jr was assassinated while speaking with colleagues on the balcony of his hotel room at the Lorraine Motel.  The wreath is a permanent fixture on the railing where he was shot. 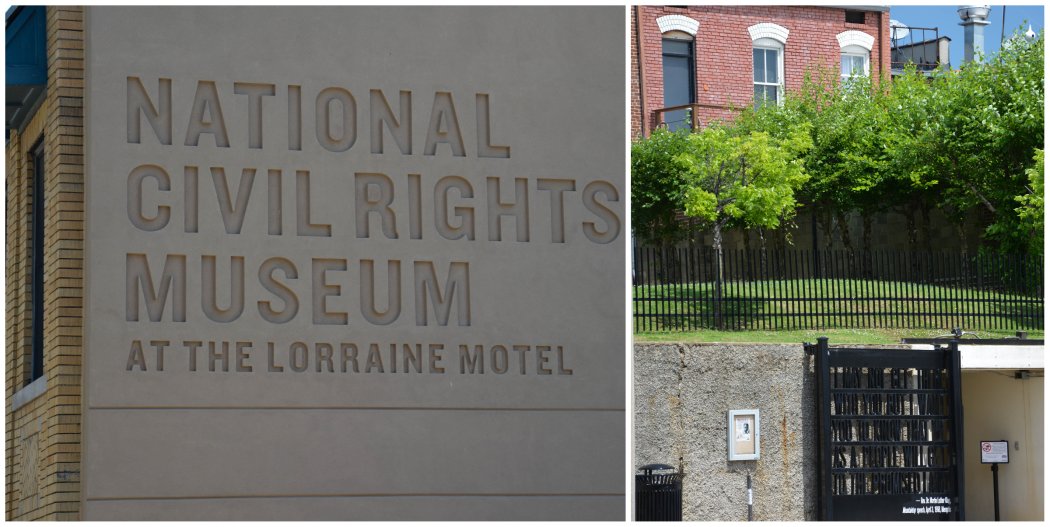 "I may not get there with you but I want you to know that we as a people will get to the Promised Land"- Martin Luther King Jr, the day prior.
James Earl Ray allegedly killed Martin Luther King with a single rifle shot from the bathroom window (the window on the far right) of a rooming house across the street from where King was staying.  While Ray was arrested and convicted, conspiracy theories abound and can be explored in the Legacy Building. 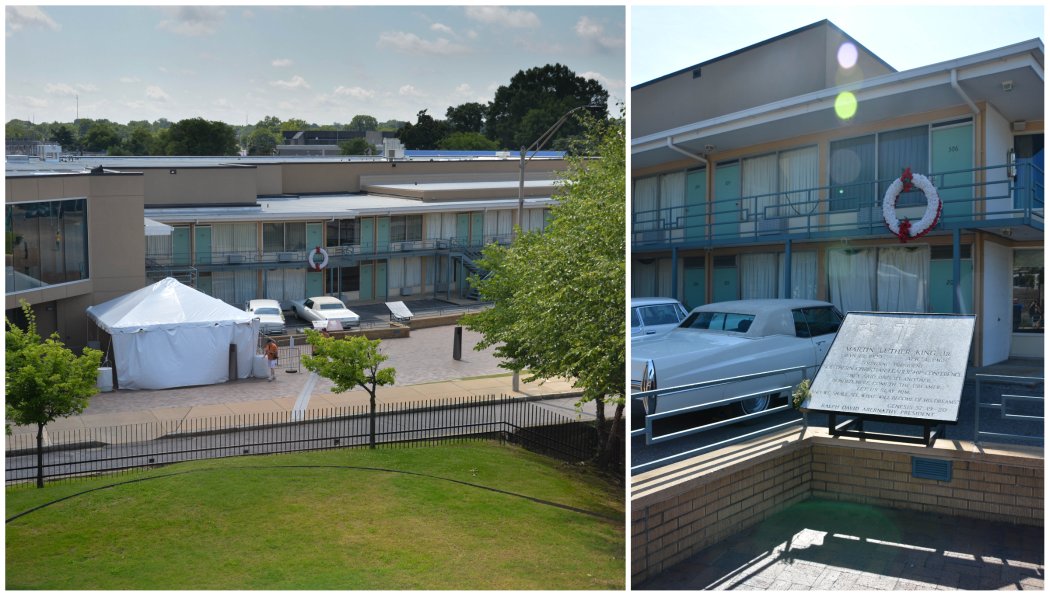 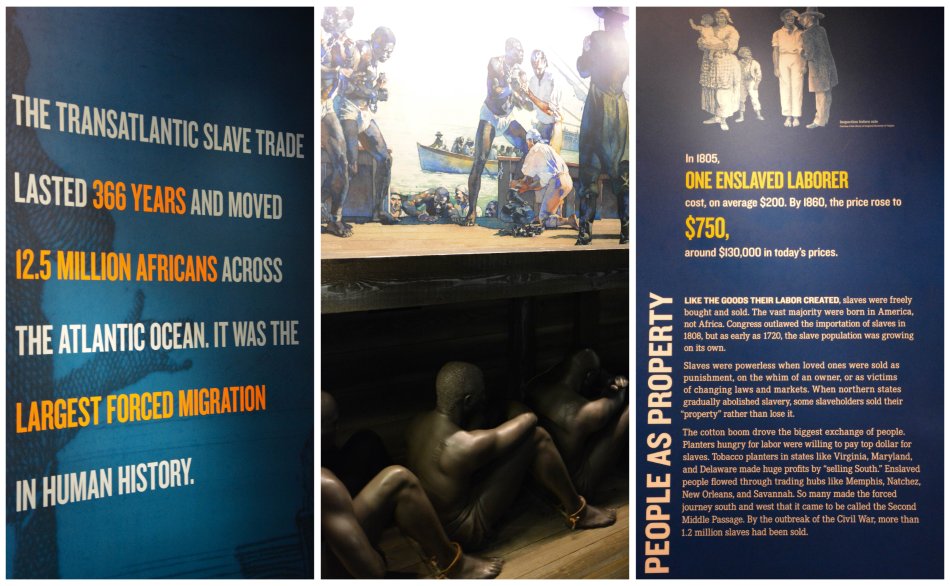 The inside of the Lorraine Motel has been converted to an amazing museum and begins with a graphic look at the global impact of slavery. 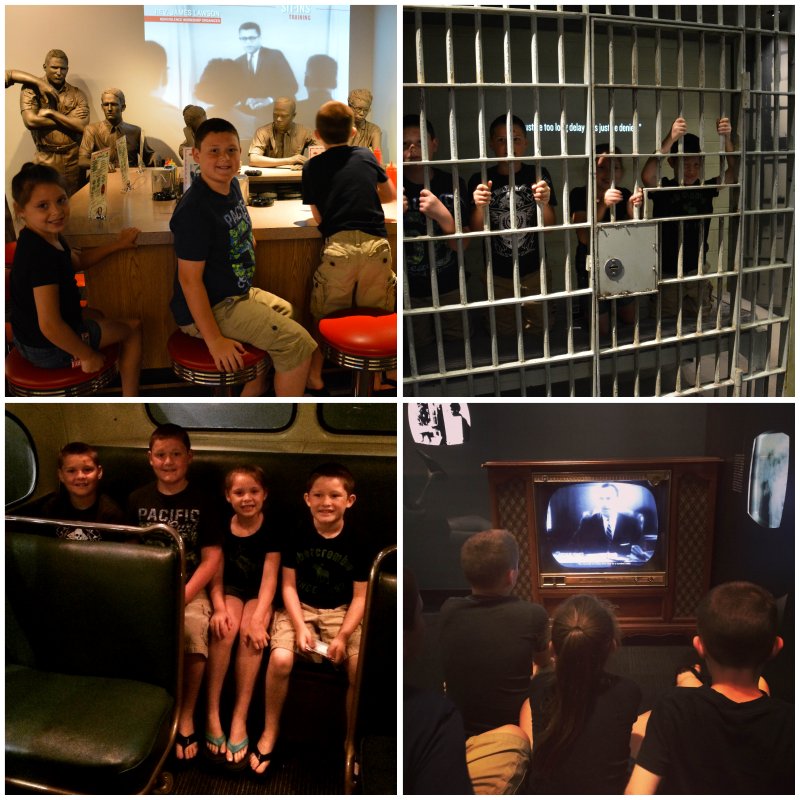 We learned about sit-ins, ended up jailed in Birmingham, sat in the back of the bus (with Rosa Parks at the front), and watched civil rights news on TV (that the kids said was wayyyy too small). 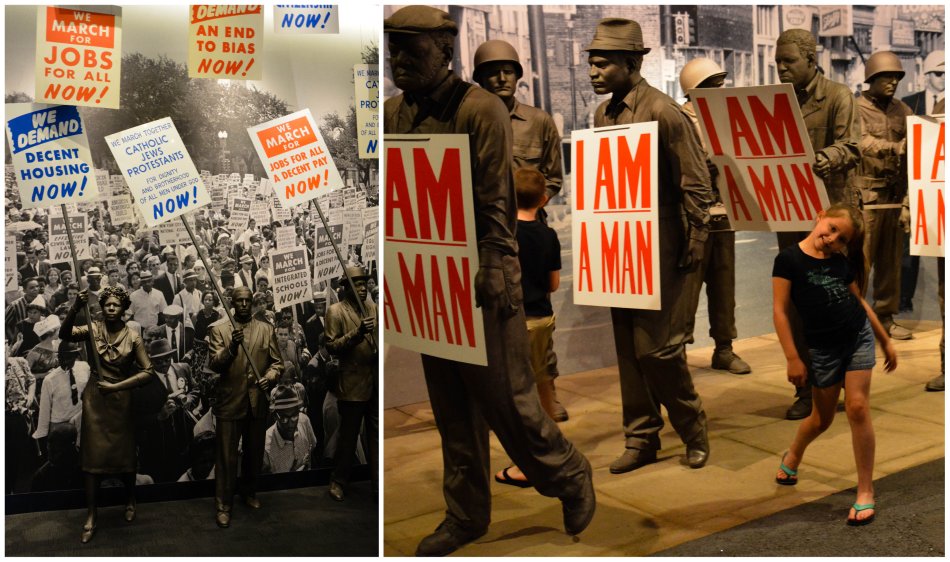 We learned about the March on Washington in 1963 and the Memphis sanitation strike of 1968. 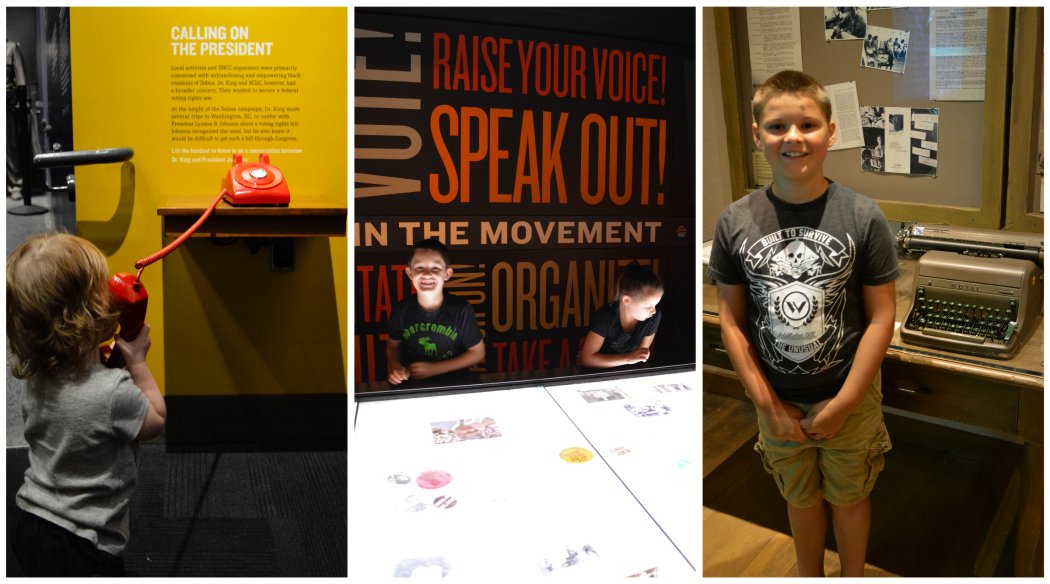 The kids loved all of the interactive displays.  Ellie's favorite was the phone with a recording of President Johnson and King discussing the Voting Rights Act.  Technically she didn't listen to any of the recording because she had the phone upside down, but she did say "hi" a lot.
Ben and Lexie liked the "Join the Movement" smart table and learned about women's rights and poverty.
Nick really liked the typewriter from the voter registration exhibit (mainly because he really wants a typewriter).

The museum ends with a look at the preserved Room 306- the room that King was staying in on his trip to Memphis.  I think that our kids had a relatively good understanding of the civil rights movement both from school and from being exposed to it at home (we do like our documentaries and American history!), but this museum brought it to life and showcased the cruel injustices in American history in a way that they had never seen before.  The National Civil Rights Museum was one of the highlights of our trip and we will definitely be back again.  We spent about two hours there but you could easily spend four to five hours if you want to read everything.

After the museum we stopped for a quick lunch and then started our drive to Texas.  Our original plan was to stay in Paris, TX, for the night (mainly so we could see the Eiffel Tower) but we stayed in Memphis a bit later than planned and opted to head straight to Dallas.

Lexie made a bed on the floor in our hotel room so she could watch TV- the kids love when we get a suite because they can watch different shows.  Ellie grabs the notepads and pens as soon as we get in our room because she LOVES to draw (and she does not love to share!).  We lucked out and got upgraded to a room with a great view of Dallas!  The kids loved the Texas waffles at breakfast the next morning.