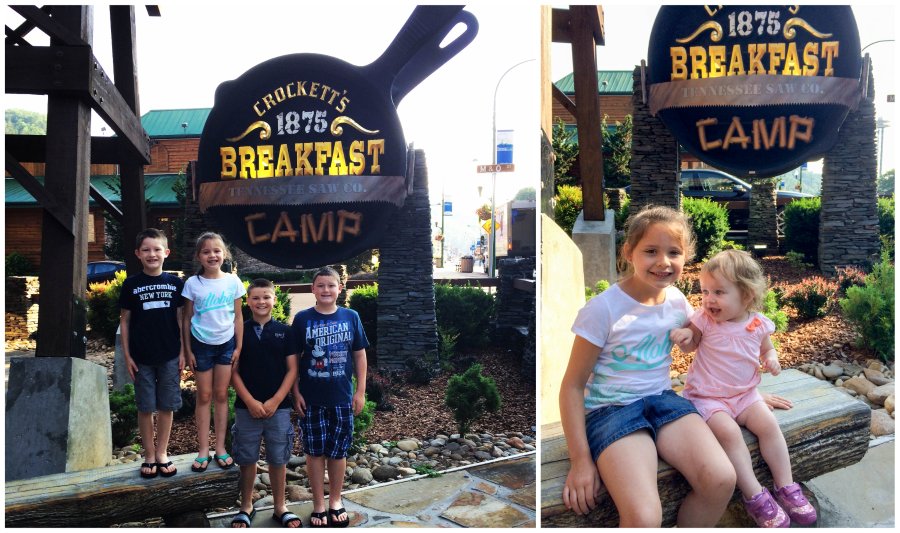 We started day two with breakfast at Crockett's Breakfast Camp in downtown Gatlinburg.  The restaurant serves as the legacy of David "Crockett" Maples, a frontiersman and soldier.  He was part of the Ninth Tennessee Cavalry until 1865 and then focused on guiding people through the mountains as well as serving hungry travelers the best breakfast around alongside his wife, Mary. 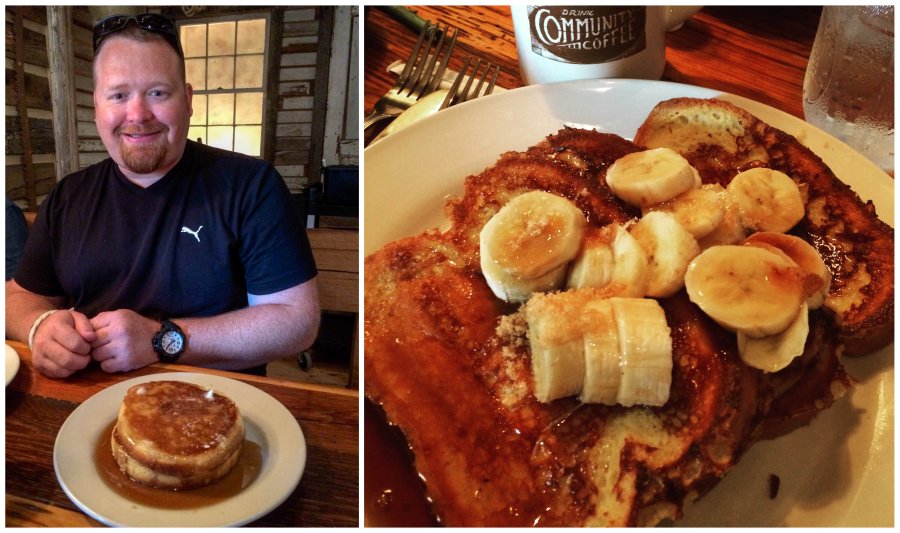 We were amazed with not only the quality of our breakfasts, but the size!  The big boys were a little upset when I made them order from the kid's menu, but even they left stuffed.  Jacob had the pancakes and they were easily each an inch thick!  I had the french toast topped with bananas and brown sugar and they were delicious.

After breakfast in Gatlinburg we hit the road for a scenic drive through Tennessee.  We stopped in Nashville for a quick lunch at White Castle and since the burgers are so small, we ordered a ton which the kids thought was hilarious.  Then it was back into the car to drive to Memphis for the night.  After checking into our hotel we made our way to Corky's BBQ for the best BBQ in Memphis.  We went there for the first time right before our move to NC and it has been a family favorite since!  After a delicious dinner we headed back to the hotel and everyone went straight to bed.